Where Is Caravaggio’s David and Goliath Painting? 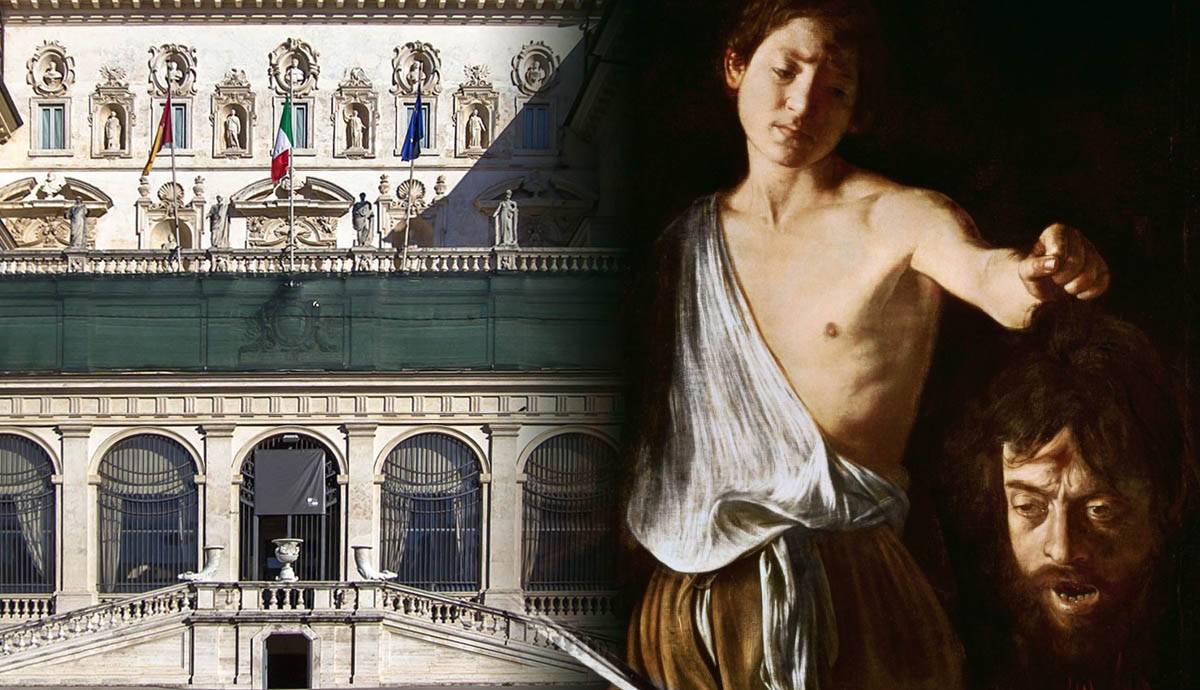 Michelangelo Merisi da Caravaggio, better known as ‘Caravaggio’, is one of the greatest painters of the Italian Baroque era, and some might even say, of all time. He pioneered chiaroscuro painting – the dramatic use of light and shade – to convey an awe-inducing sense of theatricality, influencing thousands of artists to come. His paintings are so lifelike that viewing his work face to face is like seeing live actors on a stage. One of his most celebrated paintings is his David with the Head of Goliath, 1610, and it is one of a series of paintings on the same subject. If you want to experience the full impact of this terrifying and gruesome work of art, or its sister paintings, read on to find out more.

Caravaggio’s world-famous David with the Head of Goliath, 1610 is currently held in the collection of Galleria Borghese in Rome. In total, the gallery owns six different paintings by Caravaggio, so you can feast your eyes on several of his masterpieces if you are planning a visit. As well as having this work on display, the gallery also tells some fascinating background stories about the work.

These include the fact that Caravaggio based Goliath’s severed head on his own face, while some suggest he might have even based David’s face on his own too, which, if true, would make this a double self-portrait. Others belief David’s face was the younger artist Mao Salini, who had a close friendship with Caravaggio. The story of David and Goliath was a popular subject for artists of the Renaissance and Baroque, and artists of the time often portrayed David as a youthful and heroic victor. In contrast, Caravaggio creates a more complex portrait of the biblical character, illustrating David with eyes downcast and head held back as if contemplating the enormity of his life-changing actions.

This painting belongs to the Galleria Borghese in Rome, because records show it was held in the private art collection of Cardinal Scipione Borghese from 1650 onwards. We don’t really know much about its whereabouts before then, but many believe Borghese commissioned Caravaggio to make this painting for him. We also can’t be sure exactly when Caravaggio painted this work, so 1610 is just a rough guideline. Some think it was made not long after Caravaggio ran into hiding in Naples in 1606 after allegedly murdering a Roman citizen called Ranuccio Tomassoni, and its dramatic and gruesome subject matter, as well as the undercurrents of melancholy, might reflect his troubled state of mind. Despite his notorious reputation, Caravaggio still went on to receive regular commissions from churches across Italy, as few could rival the powerful impact of his art.

As well as the Borghese David and Goliath, Caravaggio also made two further paintings on the same subject. It is thought both were made before the Borghese painting, and each has quite a different compositional design, suggesting slightly different stages of the story. The earliest of these three paintings was made in 1600 and is held in the Prado Museum in Madrid, titled David With the Head of Goliath, and shows David hunched over Goliath’s body, with a forceful knee on his back. The next one, dating roughly from 1607, is housed in the Kunsthistorisches Museum in Vienna and is titled David with Goliath’s Head, portraying a young David with a victorious sword over one muscular shoulder, while staring into the distance with a serious, contemplative expression.