HomeAnswersWho Destroyed Agamemnon and Why?

Who Destroyed Agamemnon and Why? 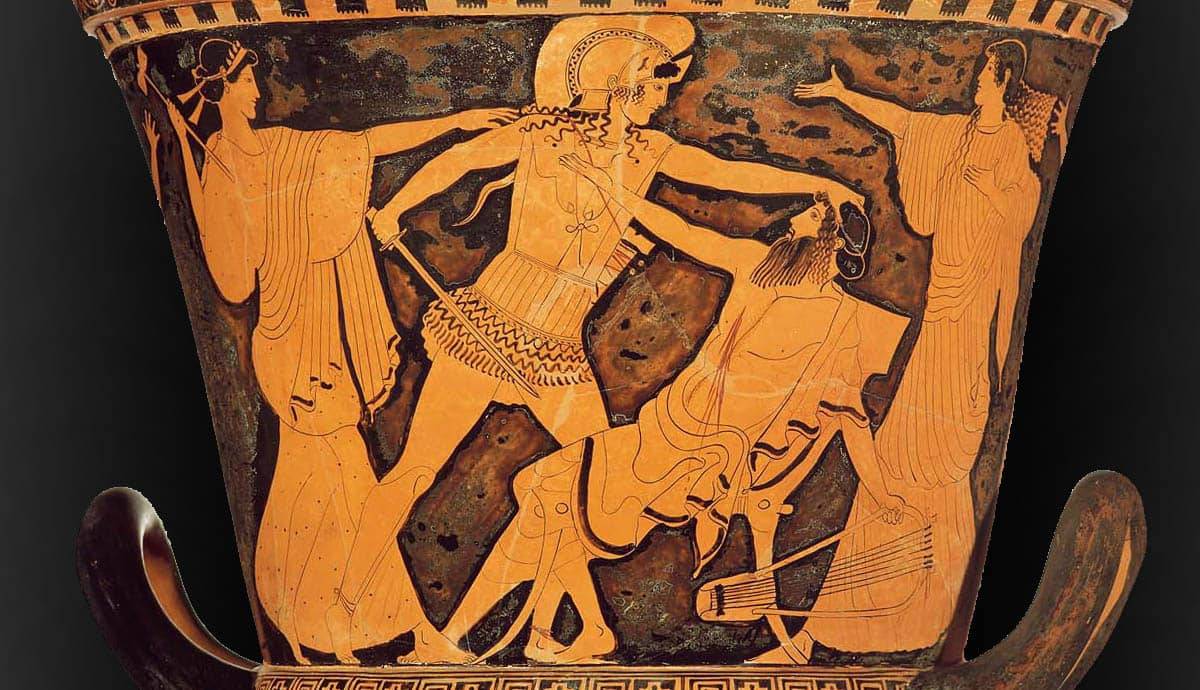 Agamemnon was the mythical King of Mycenae in Greek legend. He famously led the Greek army to victory in the Trojan War, tricking the Trojans with the legendary Trojan Horse that hid Greek warriors inside. On his return home, he could have been declared a hero, but instead he was brutally assassinated by members of his own household, who subsequently took over his leadership. But who killed Agamemnon in Greek mythology, and why did they do it? Let’s take a closer look at the circumstances leading to his death.

In many myths, the main perpetrator in Agamemnon’s death was his wife Clytemnestra. But why was she so angry with him? Before the Trojan War began, Agamemnon had sacrificed their daughter Iphigenia. He committed this brutal act in order to appease Artemis, the goddess of the hunt, so that she would give them fair weather while sailing on the sea towards Troy. Clytemnestra tried to stop her daughter from being slain but her efforts were in vain. And so, Agamemnon sailed off to Troy showing no sadness about his daughter’s death, leaving his devastated wife behind for many years. Understandably, her blood was boiling by this point, and the distance only served to amplify the emotional dissonance between them.

Aegisthus Coaxed Her into Doing It

While Agamemnon was away for the next 10 years, Clytemnestra began an affair with her husband’s cousin, Aegisthus. To make matters more complicated, Aegisthus was a sworn enemy to Agamemnon. In fact, Aegisthus hated him so much that he encouraged his lover Clytemnestra to orchestrate his death. After Agamemnon’s death, the pair took on the throne together, rising to supreme power.

Clytemnestra Was Furious with Agamemnon for Bringing Home a Mistress

When Agamemnon returned home from the Trojan War, his horrible, selfish behavior did nothing to earn the trust of those around him. Not only did he show no remorse for killing his own daughter some 10 years earlier, but he also came back with a new mistress, the concubine Cassandra, and the children he had fathered with her. It’s fair to say Clytemnestra was ready to see the back of him by this point. With Aegisthus’s encouragement, she put plans in place to brutally murder her husband.

While Agamemnon was having a bath in his private chamber, Clytemnestra and Aegisthus crept up on him, catching him by surprise. They then tied him up with rope and stabbed him with an axe. In some myths it is Clytemnestra who delivers the fatal blow, while in others it is Aegisthus. Either way, there’s no doubt they worked together. But according to Homer’s Odyssey, Agamemnon spoke of Clytemnestra’s particularly callous indifference towards him after death, telling Odysseus, “Brought low by Aegisthus’ sword I tried to lift my arms in dying, but bitch that she was my wife turned away, and though I was going to Hades’ Halls she disdained even to close my eyelids or my mouth.”

They Also Killed His Mistress Cassandra