HomeAnswersWho Is Richard Diebenkorn and Why Is He Important?

Who Is Richard Diebenkorn and Why Is He Important? 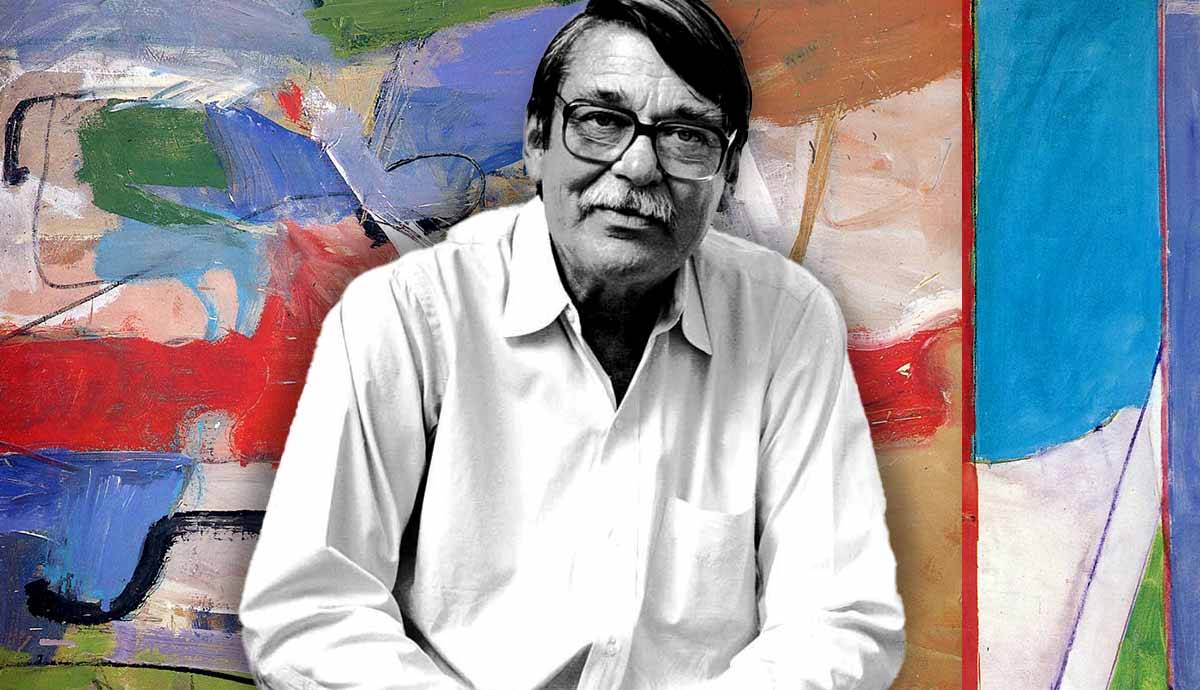 Richard Diebenkorn was a modern American master of the mid to late 20th century who moved between various art styles. Living most of his adult life in California outside the mainstream New York art scene, he nonetheless pioneered his own brand of gestural Abstract Expressionism. Following these breakthroughs, he became a leader in the Bay Area Figurative School alongside artists including David Park and Joan Brown. But it was in his later years that Diebenkorn truly cemented his place in history with his legendary Ocean Park series, a sublime body of work devoted to capturing the unique light and spirit of California through shimmering colors and minimalist abstraction. We celebrate his vast contribution to art history with a series of facts about his life.

Diebenkorn Was Born in Oregon

Richard Diebenkorn was born in Portland, Oregon in 1922. Just two years later, however, the family moved to San Francisco. The move to California became an important part of Diebenkorn’s identity, shaping the light and color of his art throughout his adult years. From here, he went on to train as an artist at Stanford University in 1940.

He Moved Around a Lot During His Early Career

For the early stages of his career Diebenkorn was an itinerant wanderer, travelling widely and soaking up inspiration from a wide range of places. Throughout the 1950s and 1960s he wandered across the United States, visiting various places for short or extended periods of travel. Among his many pit stops were Virginia, San Francisco, New York, Albuquerque, Illinois, Berkeley and Eastern Europe. Travelling expanded his mind and allowed him to learn about art from a wide range of cultural standpoints.

He Was an Abstract Expressionist

Travelling so frequently by plane gave Diebenkorn birds-eye views across landscapes, and these aerial views became the starting point for his early Abstract Expressionist paintings. The dry, desert landscapes of New Mexico were a particularly strong source of inspiration, impacting the ochre and red color schemes of his art during the 1950s. Finally, Diebenkorn settled for a longer period in Berkeley, where he remained from 1955 to 1966, a stage in his art and life now referred to as his Berkeley Period, when he painted some of his most celebrated early abstract paintings, with rich, deep, and sonorous color schemes.

Throughout much of his mature career Diebenkorn moved between figuration and abstraction, sometimes merging the two styles into a single image. In the 1960s Diebenkorn became a professor of art at UCLA, and he settled in Santa Monica for an extended period. While working here Diebenkorn became a leading figure of the Bay Area Figurative Movement, which rejected New York’s Abstract Expressionism for a return to figurative painting. However, Diebenkorn retained the same spontaneous freedom of his earlier abstract paintings even when approaching more traditional, figurative subjects, thus lending his paintings a rich and visceral material quality.

His Ocean Park Series Was the Highlight of His Career

While Diebenkorn cycled through various successful stages in his early-to-mid-career, by far the most celebrated phase of his art came in his mature years, with the ‘Ocean Park Series’ produced between 1967 and 1988. Based on the views from Diebenkorn’s studio in the Ocean Park area of Santa Monica, this dazzling series of monumental paintings capture the shimmering light and atmosphere of California. Diebenkorn moved into a bold new language of restrained, minimal abstraction with this breakthrough series, playing with how straight, geometric lines and transparent veils of color could be arranged in order to invoke the sensations of place, memory, and lived experience.

10 Superstars of Abstract Expressionism You Should Know