HomeArtWho Was Buried Inside the Egyptian Pyramids? (4 Famous Sites)

Who Was Buried Inside the Egyptian Pyramids? (4 Famous Sites)

The Egyptian Pyramids are one of the last surviving wonders of the ancient world. We peek inside 4 most famous to see who was buried there. 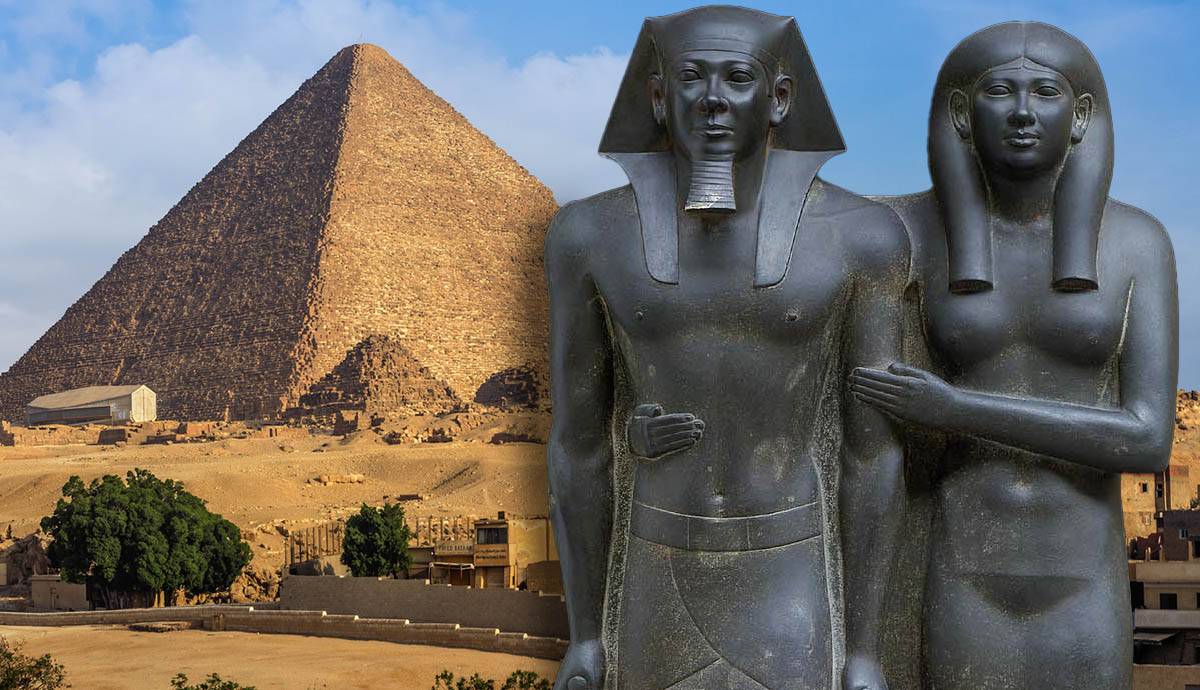 The Egyptian pyramids are among the most magnificent constructions of all time. Built more than 4,600 years ago, they had huge cultural significance in ancient Egypt, acting as royal tombs where cherished Pharaohs were buried. Sometimes members of the Pharaoh’s family were also buried alongside them in the same tomb, or in smaller satellite burials nearby. Ancient Egyptians believed the Pharaoh’s spirit remained with his body after death, and these huge monuments were a safe passageway for this spirit to pass over to the next life, pointing upwards towards heaven. Inside the pyramid, Egyptians included treasured items such as gold, jewelry and pottery, and statues of the Pharaoh, which they believed he would take with him on his journey to the afterlife. Let’s take a closer look at some of the most celebrated Egyptian pyramids and the almighty leaders who were buried inside.

1. The Egyptian Pyramid of Djoser

The oldest known pyramid in existence is the Egyptian Pyramid of Djoser, also known as the Step Pyramid, built in 2650 BC in Saqqara. Beneath its enormous construction, the great King Djoser was buried in a chamber tomb. Djoser was king of Egypt’s Third Dynasty, known for pioneering the construction of stone buildings, monuments and temples. Unusually, 11 of King Djoser’s daughters were buried inside this Egyptian pyramid’s chamber alongside him. A limestone statue of King Djoser found on site gives some clues about what he looked like. Prior to Djoser’s burial, mastaba tombs were the accepted form of burial. These were rectangular structures made of dried clay brick, which covered an underground chamber where bodies were buried. Djoser’s vizier, or closest advisor, Imhotep conceived of the first stacked mastaba in a pyramid shape for his great king, to celebrate his masterful legacy in building construction.

2. The Great Pyramid of Giza

The majestic structure that is the Great Pyramid of Giza was built in 2589 BC, to house the almighty King Khufu. His queen, Henutsen, was buried alongside him. Khufu was one of ancient Egypt’s most powerful rulers, leading in Egypt’s majestic Fourth Dynasty. Not much is known about King Khufu’s reign, and only one small ivory statue survives in his honor, which is a miniscule 7.5cm high, in surprising contrast to the scale of his Egyptian pyramid. We can glean some small facts from historical accounts: Greek historian Herodotus described Khufu as a wicked leader who used slave labor and prostituted his own daughter. But the Westcar Papyrus gave an alternative view, calling Khufu a traditional monarch who was amiable, inquisitive, and drawn to nature and magic. Khufu spent much of his reign planning the pyramid that would secure his legacy, and it is a lasting testament to his powers in harnessing the sheer human power of his people.

3. The Egyptian Pyramid of Khafre

King Khafre was King Khufu’s son, so it makes sense that his burial chamber would be situated close to that of his father. The Egyptian Pyramid of Khafre was erected in his honor in around 2494 BC. Nearby, the Great Sphynx is positioned next to the causeway leading from Khafre’s temple, suggesting this enormous monument was also carved in Khafre’s honor. What is left of the Sphynx’s face gives us an indication of what Khafre may have looked like. Herodotus described Khafre as a cruel king, although evidence suggests Egypt prospered under his reign, securing various successful trade routes.

4. The Pyramid of Menkaure

The Pyramid of Mekaure is the smallest of the three Egyptian Pyramids of Giza, standing at around half the height of its neighbors. King Menkaure, leader of the Fifth Egyptian Dynasty, was buried beneath its surface. He was grandson of King Khufu, and son of King Khafre, so it makes sense that he would be buried alongside his forefathers. In contrast with his family, all accounts suggest Menkaure was a kind, just and pious leader. In 1910, a perfectly preserved statue was found in Menkaure’s valley temple portraying a young man and woman. Because of where it was found, it is widely believed that this is Menkaure and his wife Queen Khamerernebty II (she was buried in a nearby mastaba). If this statue is indeed the famed pair, it gives us rare insight into their appearance, and a tantalizing glimpse into the past.