Tracey Emin is known for creating intimate pieces inspired by her personal experiences. We explore 10 of her best-known artworks. 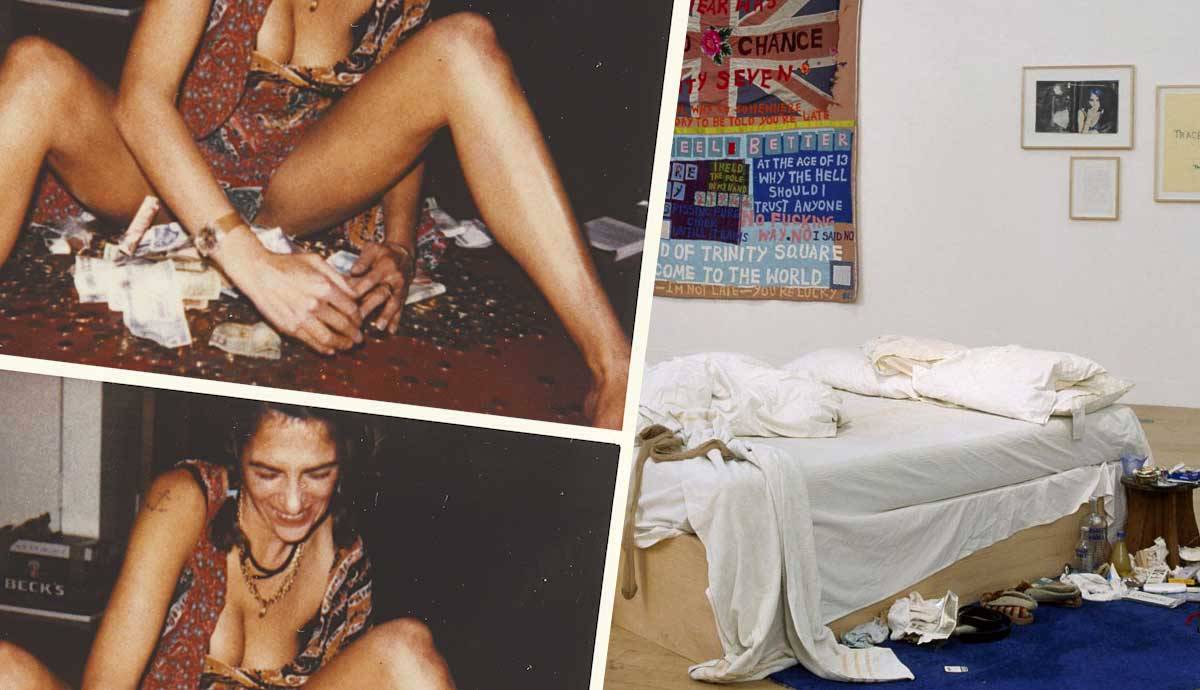 The British artist Tracey Emin was born in Croydon, South London in 1963, but she grew up in the seaside town called Margate. When she was 13 years old, she dropped out of school and when she was 15, she moved to London. She earned her fine-arts degree from Maidstone College of Art in 1986. Tracey Emin was associated with the Young British Artists, a group that became known for their shocking artworks in the late 1980s and 1990s. Her controversial works like My Bed or her tent titled Everyone I Have Ever Slept With 1963–1995 attracted much media attention and contributed to the artist’s fame. Here are 10 of Tracey Emin’s works!

The work Hotel International was not only Tracey Emin’s first quilt, but it was also part of her first solo exhibition at White Cube Gallery in 1993. The blanket contains the names of important family members and smaller sections tell stories about the artist’s life. Hotel International is a reference to the hotel Emin’s parents ran when she was a child. This is where the artist grew up and experienced sexual abuse. Emin wrote about this in her book Exploration of the Soul.

The blanket reflects those memories as well as recollections of living above a KFC with her mother. Emin intended to create a CV with this piece, but since she did not do any shows before that she made it into a sort of depiction of her life. Many of the fabrics she used had special meanings. For example, fabrics were taken from a sofa Emin’s family owned since she was a child, while others were parts of textiles taken from her clothes.

Tracey Emin’s Everyone I Have Ever Slept With consists of a tent with appliquéd names of every person the artist slept with. The names did not only include people she had sex with but literally everyone she slept next to, like her mother or her twin brother and her two aborted fetuses. The inside of the tent was lit by a light bulb and equipped with a mattress so that people could go inside, lie down, read the names, and experience the work as an interactive installation. The piece was destroyed in a warehouse fire in 2004, which caused ridicule in the media. Some newspapers recreated the tent to demonstrate how replaceable the work was. Godfrey Barker posed the question: Didn’t millions cheer as this ‘rubbish’ went up in flames?

The photograph Monument Valley (Grand Scale) was taken during a trip from San Francisco to New York that Tracey Emin took with Carl Freedman. They made several stops on their way during which Emin gave readings from her book Exploration of the Soul. The photograph was taken in the mesmerizing Monument Valley, located on the Utah-Arizona state line. Emin inherited the chair she sat on from her grandmother.

The words appliquéd onto the chair include references to the artist and her family. There are Emin‘s and her twin brother’s names, the year of Emin‘s and her grandmother’s birth, and the nicknames Emin and her grandmother had for each other like Puddin or Plum. The first page of Exploration of the Soul, the book Emin is seen holding in the photo, is also included on the back of the chair. During the trip, Tracey Emin also sewed the names of the locations she traveled to onto the chair.

Tracey Emin’s work Terribly Wrong is a monoprint, which, unlike other printing methods, represents a type of printmaking where only a single image can be created. Emin often used it to create works about events from her past. Terribly Wrong was influenced by an abortion Emin had in 1994. The abortion took place during a particularly burdensome week. In addition to the abortion, Tracey Emin also separated from her boyfriend. The artist showed pieces referencing this week in an exhibition called A Week from Hell. Emin once expressed that seemingly contradictory themes like aggression, beauty, sex, and memories of pain and violence are all connected in her work.

Tracey Emin’s My Bed is probably the artist’s best-known work. The piece gained notoriety in the late 90s when Emin was nominated for the prestigious Turner Prize. The contents of the artwork were shocking to many. My Bed includes empty vodka bottles, used condoms, cigarettes, contraceptives, and underwear stained with menstrual blood.

Emin’s bed was the result of a breakdown the artist had in 1998. She spent several days in bed and when she finally got up to get some water and returned to the deteriorating and messy scene, she knew that she wanted to exhibit it. My Bed was first exhibited in Japan in 1998 but with a noose hanging above the bed. Emin excluded the grim detail when she displayed the work at the Turner Prize exhibition in 1999. She later said that the time she spent in that bed felt like the end.

The photos of The Last Thing I Said to You is Don’t Leave Me Here I, II were taken inside a beach hut in Whitstable, Kent. Emin bought the hut with Sarah Lucas, her friend and another artist associated with the Young British Artists movement. Emin used to go there on weekends with her boyfriend. It was the first property she owned, and she especially enjoyed the proximity to the sea. According to Emin, the nakedness of her own body also represents the nakedness of the beach hut.

Emin compared her position in the image to the posture of someone who is praying. The artist continued to make photographs of herself. A more recent example of this is her Insomnia series which consists of selfies Emin took during her sleepless nights.

Death masks have been created throughout different periods and cultures. Tracey Emin’s Death Mask however is unusual, since it was made by the living artist herself. Since death masks were often made of historical figures who were men, Emin’s work challenges a male-centered historical and art historical perspective.

The fabric on which the sculpture rests can also be interpreted as a feminist reference since it alludes to the use of fabric in handicrafts, traditionally viewed as women’s work. Emin often used handicrafts in her art by incorporating quilting or embroidery. The creation of the Death Mask marks the first time Emin worked with bronze to make a sculpture. She continued to use the material in her later works.

Tracey Emin’s The Mother is a large-scale example of another sculpture the artist made with bronze. The monumental piece is nine meters high and weighs 18.2 tons. The sculpture originated from a small figure Emin made out of clay. Her design won the international competition that was held to find the right public artwork for the museum island in Oslo. Well-known installation artist Olafur Eliasson also entered the competition.

Emin’s sculpture was unveiled outside of the Munch Museum. It is not only supposed to honor the artist’s mother, but Emin also wanted to give a mother to the famous painter Edvard Munch, whose mother died when he was still a child. Munch is one of Tracey Emin’s favorite artists and even though she thought that she would not win the competition, her massive work was chosen to protect Munch’s work, legs open towards the fjord, welcoming travelers.

Tracey Emin’s body of work also encompasses several paintings. Her work This is life without you – You made me Feel like This is connected to Edvard Munch as well. It was exhibited in a show that included her works as well as Munch’s paintings called The Loneliness of the Soul. Munch had a great impact on Emin’s work, and he also explored themes like grief, loneliness, and suffering in his art.