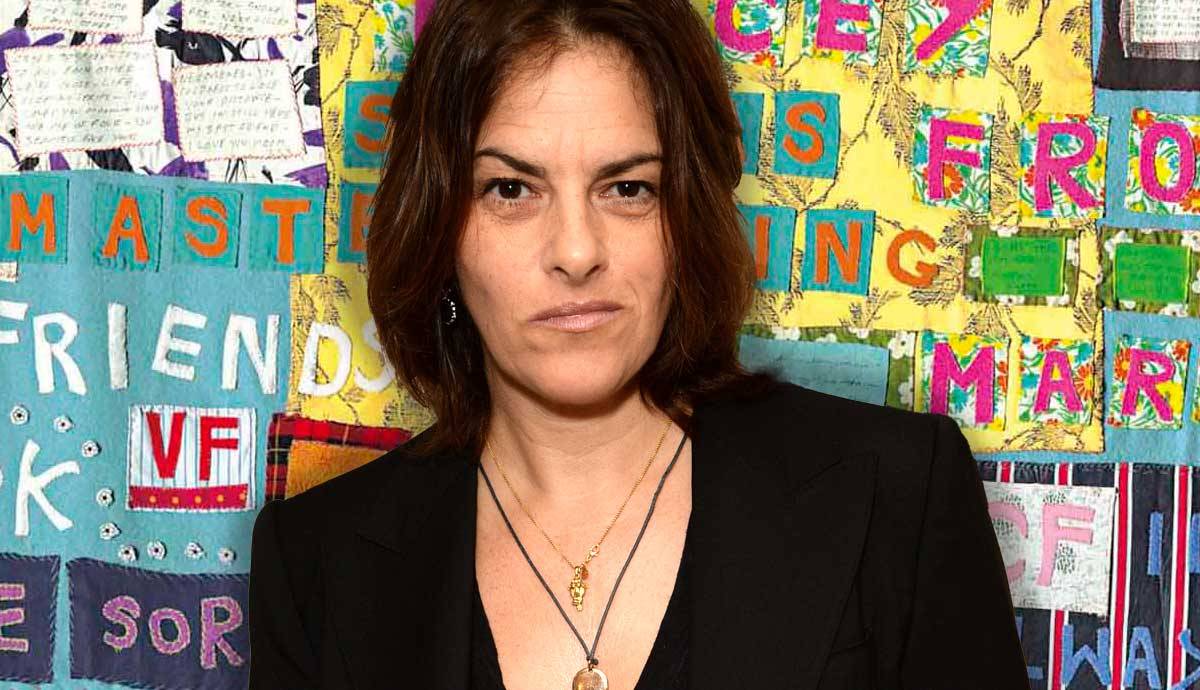 Tracey Emin is best-known as the 1990s rebel of the British art world. Throughout the decade she caused widespread controversy and a media frenzy. Now recognized as a leading member of the Young British Artists (YBAs) alongside Sarah Lucas and Damien Hirst, Emin has gone on to achieve widespread international recognition as one of the most important and influential artists of the 21st century. We celebrate this grand dame of contemporary art with a list of facts surrounding her fascinating life and art, which are both closely intertwined.

Early in her career Tracey Emin made paintings inspired by the expressionist art of Edvard Munch and Egon Schiele. But she was reportedly so unhappy with this early career that she destroyed all of it in a dramatic intervention. Fortunately, this act of self-destruction became the catalyst for Emin to reinvent herself as a conceptual artist in the early 1990s.

2. She Made a Controversial Tent

One of Tracey Emin’s early-career artworks was an appliqued tent made in 1995. Inside the tent Emin carefully stitched the names of “Everyone I Have Ever Slept With.” It was the vast number of names included in the text that caused such widespread uproar, and critics lambasted Emin for boasting about her sexual conquests. But Emin clearly stated the work was a tribute to everyone she had ever shared a bed with, and there were so sexual connotations.

My Bed, 1999, is not just Emin’s most notorious work of art, but it remains at the top of lists describing the most shocking artworks ever made. A deeply personal, confessional work of art, the bed on display records several days the artist remained in bed while struggling with a deep depression following the end of a relationship. Emin laid out crumpled, stained, and dirty sheets and littered them with all manner of embarrassingly intimate items including pill packets, cigarette butts, dirty pants and condoms. Emin said to an interviewer, “I got up and took a bath and looked at the bed and thought, ‘Christ, I made that’.” The artwork earned Emin a Turner Prize nomination in 1999.

4. She Turned up to a Live Television Interview Drunk

In 1997, Emin appeared on a television show about the Turner Prize while seemingly very drunk. Alongside a panel of serious academics, Emin was belligerent and incoherent, swearing at the panel before stumbling off mid-show. On her way out, she said, “I’m leaving now, I wanna be with my friends, I wanna be with my mum. I’m gonna phone her, and she’s going to be embarrassed about this conversation, this is live and I don’t care.” This car crash appearance only furthered Emin’s notoriety as a bad girl of British art. Two years later she was a nominee for the Turner Prize.

Along with her deeply intimate installations, Emin has explored a vast range of other materials. These include applique quilting. She has been making quilts since early on in her career, and they form a foundation for much of her practice. Much like all her art, Emin’s quilts are far from quaint, instead incorporating painful, shocking, or embarrassingly intimate stories, along with profanities and spelling mistakes, which give them a raw and expressive quality.

6. Emin Returned to Drawing and Painting

In her mature career Emin returned to the more traditional art materials of her youth, including drawing, painting and printmaking. She has a highly distinctive style made from loose, expressive lines that express her inner feelings of turmoil and unease. Emin also often incorporates elements of text into these artworks, giving them a raw, intimate and diaristic quality.

7. She Is Now Part of the British Establishment

Today, Emin has an internationally successful career, and is a firm favorite with the British art establishment. She is a member of the Royal Academy, where she is also a professor of drawing. In 2013, Emin earned CBE from British Queen Elizabeth for her vitally important contributions to the art world.

Edvard Munch’s Frieze of Life: A Tale of Femme Fatale and Freedom