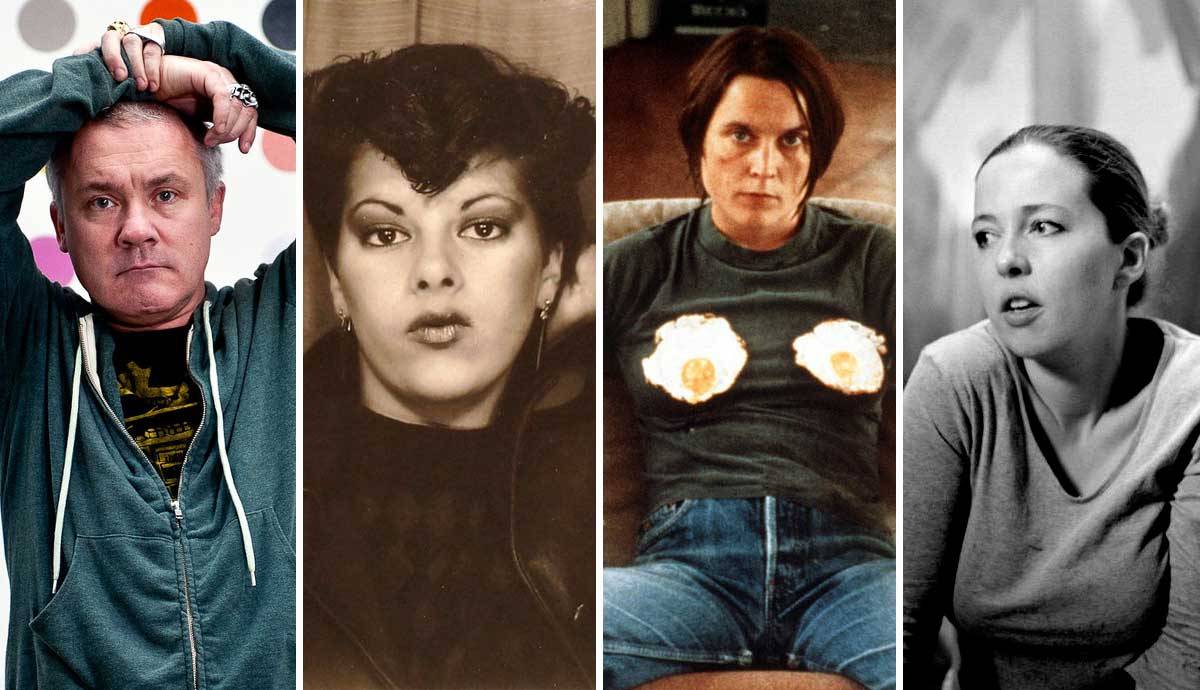 The Young British Artists (YBAs) were a rebellious band of young artists fresh out of art school in the late 1980s and 1990s. They took the art world by storm with deliberately provocative, shocking and confrontational art. In their own ways, each broke away from mainstream conventions, playing with outrageous techniques, images and motifs that caused a widespread media frenzy. And in turn, this put Britain at the center of the international art world. It is largely thanks to them that we have the term Britart. Even today, many of the most prominent artists are still making a splash in the contemporary art world. Here are six leaders of the YBA movement.

The bad boy of British art named Damien Hirst played an instrumental role in the development of the YBAs. In 1988, while still a student at London’s Goldsmith’s College, he organized the now legendary exhibition titled Freeze, in an abandoned London Port Authority Building in the docklands. Many prominent curators and collectors turned up. These included the wealthy art collector Charles Saatchi, who went on to become the group’s most outspoken supporter. Hirst, meanwhile, went on to make his famed animals in formaldehyde tanks, followed by vast medical installations and his famous spot and spin paintings. At the heart of his practice was always a concern with the borders between life and death.

British artist Tracey Emin is now so well known she has become a national treasure, with a CBE to her name. In her youth, however, she was the provocative and brutally honest rebel of the YBAs, who turned up to interviews roaring drunk, displayed her dirty, unmade bed in a gallery and stitched the names of “Everyone I have Ever Slept With” inside a pop-up tent. Whether making quilts, painting, drawing, printing, or producing explicit neon signs, the excruciatingly intimate nature of her art was what made it most shocking. But she opened up new ways of being vulnerable in works of art, and she has had a lasting influence on the nature of art since.

British “ladette” Sarah Lucas was a close friend of Tracey Emin, and the pair even organized an alternative pop-up shop in their youth selling experimental, makeshift merchandise such as stitched t-shirts or sculptures made from old tights and cigarette packets. Lucas went on to make a series of self-portraits posing in deliberately laddish ways. Think drinking beer, posing with a cigarette, or sitting on the toilet. These images subverted the conventional way women were traditionally expected to behave. She later made her name for creating jokey found object sculptures filled with Freudian innuendoes, an approach that she has kept up to this day.

One of the longest standing members of the YBA, Collishaw took part in Hirt’s Freeze exhibition in 1988, before earning a profile as one of the UK’s leading international artists. He works predominantly with photography and video, which he uses to explore a range of pressing contemporary issues. His imagery has ranged from death row inmates to pornography, bestiality and bondage, subjects that explore some of the darkest recesses of the human mind.

British artist Michael Landy has been experimenting with installation art, performance and madcap drawing since the late 1980s, alongside Hirst, Lucas, Collishaw and others. Processes of destruction are a core element of his practice. One of his most celebrated works of art is the attention grabbing Break Down, 2001. In this work he deliberately destroyed every single item he owned over the course of two weeks. By the end of the project, all he had left was the blue boiler suit on his back. He later said, “It was the happiest two weeks of my life.”

The renowned British painter Jenny Saville made her name in the 1990s for shockingly confrontational depictions of the nude female body, pressed close-up to the surface of her canvas. Charles Saatchi included Saville’s art in his legendary Sensation exhibition in 1998 along with various YBAs, and she subsequently went on to become a leading figure in the movement.