Who Is the Contemporary Artist Jenny Saville? (5 Facts) 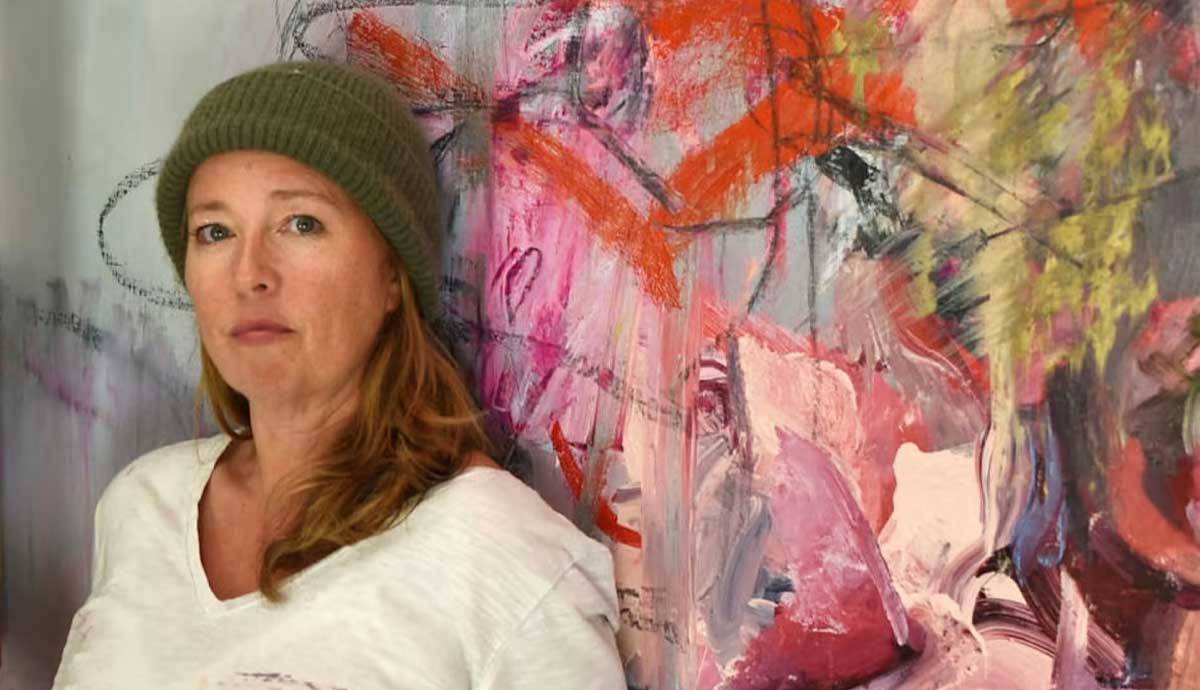 Jenny Saville is a British contemporary painter who has taken figurative imagery in bold new directions. She rose to prominence in the 1990s as one of the Young British Artists (YBAs) alongside artists including Tracey Emin and Damien Hirst. Like them, Saville enjoyed causing a sensation. In her case, she showed brutally confrontational depictions of the naked human body in all its glory. Today, Saville continues to make paintings with the same uncompromising directness, exploring an array of shocking subjects that many artists might shy away from, and which sometimes make for difficult viewing. Let’s take a look at some of the key facts surrounding the life of this adventurous painter.

Jenny Saville made her breakthrough work of art, titled Propped, 1992, for her degree show at Edinburgh College of Art. This visually arresting image was a self-portrait. It shows the artist posing naked in front of a clouded mirror while ‘propped’ on a small stool. The artwork is one of only two paintings Saville has made which incorporate text into the canvas. Here Saville includes a quote from the French Feminist Luce Irigaray which examines the role of the male gaze. However, Saville has inverted the text, as if written on the mirror for only the artist to see as she looks at herself.

Saville’s painting subverted conventional ideals of beauty with this searing portrayal of her own image as a voluptuous, full-figured woman. Her painting inevitably caused a media sensation, and attracted the attention of the renowned art collector Charles Saatchi, who became an avid collector of her work.

2. Saville Studied with a Plastic Surgeon

In 1994 Saville earned a fellowship to study in Connecticut. During this time, Saville visited the surgery of a New York plastic surgeon, and was able to observe his work from behind the scenes. The experience was a real eye-opener, exposing to her the malleability of human flesh. Since then, Saville has studied and painted a vast range of fleshy and bodily subjects, which are sometimes shockingly gruesome. These have included raw animal meat, operations, medical pathologies, cadavers and close-up nudity.

In 1997, Saville showed a series of paintings in the iconic exhibition Sensation: Young British Artists from the Saatchi Collection, at London’s Royal Academy. The show featured artworks from the collection of the wealthy art collector Charles Saatchi, who had a particular taste for art which caused deliberate shock and provocation. Saville’s fleshy female nudes went on display alongside Damien Hirst’s preserved animals in formaldehyde, Jake and Dinos Chapman’s pornographic young mannequins and Ron Mueck’s inflated, hyperreal sculpture.

4. She Has Made Artworks About Motherhood

When Saville became a mother, she began incorporating themes around motherhood into her art. Her images tap into the historical significance of the mother and child theme, which has been a recurring feature of art history for centuries. But she also conveys her own deeply personal experiences, drawing and painting her own body intertwined with those of her young children. Her paintings about motherhood are chaotic and mesmerizing, featuring rubbed out and re-drawn lines that suggest constant states of flux.

5. She Has Recently Explored an Array of Complex Subjects

Saville’s early art was predominantly focused on self-portraiture. But she has more recently embraced a huge variety of different subjects related to the human body. This has included portraits of blind people, couples, complex groups, mothers, children, and individuals who challenge gender norms. Ultimately, her art reveals what it is to be a living, breathing human being with an all-too-human physicality. She says, “[Flesh] is all things. Ugly, beautiful, repulsive, compelling, anxious, neurotic, dead, alive.”