HomeAnswersWhat is the Difference Between Photorealism and Hyperrealism? 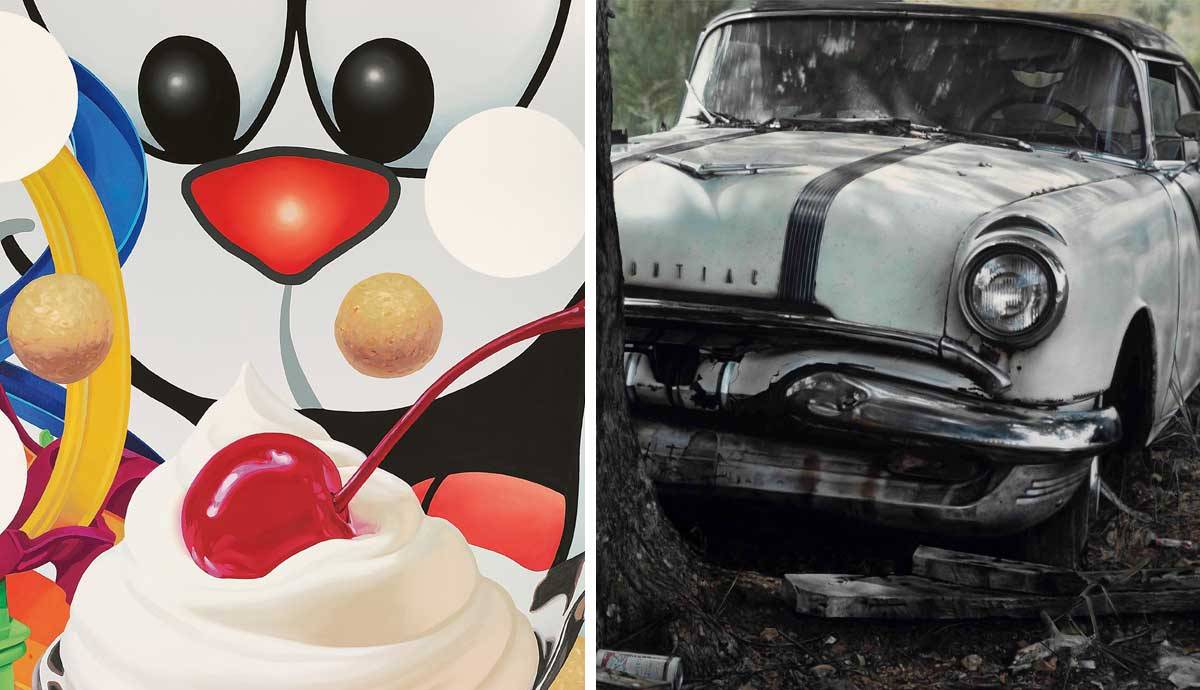 Both Photorealism and Hyperrealism were popular art styles that emerged out of the United States in the mid-20th century. While descriptions of the two styles sometimes overlap, there were distinct differences between them. Photorealists came first, and they were specifically focused on reproducing photographic sources in paint. The later Hyperrealists were more broad ranging, working across various media including painting, sculpture and print-making. They also enjoyed creating a bigger emotional impact. Let’s take a look at some of the defining differences between these art movements.

Photorealism Was a Response to Photography

Photorealism first emerged as a response to the overwhelming array of photography that was infiltrating contemporary society. Artists associated with the style were reacting against earlier forms of expressive abstraction, and instead looking for ways to connect art back to the lives of ordinary working people. Rather than thinking about conventional ideas around trompe l’oeil effects and perspective, Photorealists wanted to emphasize the flat objectivity of the photographic image, and of the painted object too, tying in their ideas to the Minimalists of the same generation.

One key defining feature of Photorealism was its emphasis on normal, mundane, or banal subjects, linking it with Pop Art. Photoreal artists reproduced ordinary photographs with paint in a clean, clinical way, bringing normal life back into the gallery sphere. This cool, detached tone was an important feature of Photorealism, and a deliberate backlash against the high-brow spirituality of earlier Abstract Expressionists and Color Field painters. Photorealists wanted to remove any trace of emotion from the act of painting, reducing it to an entirely clinical, functional and machine-like process. Think John Salt’s store fronts and beaten-up old cars, or Malcolm Morley’s paintings of postcards featuring generic cruise liners.

Hyperrealism Took Reality to the Extreme

While much Photorealist art was about creating deadpan, banal images from normal life, Hyperrealism was way more bombastic, inflating depictions of reality to the extreme. American painter Chuck Close’s art was a bridge between the two styles of Photorealism and Hyperrealism. He took the minute precision and typical everyday subjects of Photorealism (in his case human faces), and elevated their impact with enormous scales and impressive, high-focus attention to detail. In his iconic Big Self-Portrait, 1967-68, we can even see pores and individual strands of hair.

Some years later, American artist Jeff Koons demonstrated a contemporary take on Hyperrealism with his camp, grandiose EasyFun-Ethereal Series. This group of paintings were based on the artist’s computer-collages made from magazine excerpts, which were meticulously rendered in paint by Koons’s faithful studio assistants. Both Close and Koons worked with a neatly arranged gridded system in order to enlarge their photographic imagery in paint. However, while Close made all his art himself, Koons employed large teams of assistants to further depersonalize the process.

One defining feature of Hyperrealism that set it apart from Photorealism was its development into three dimensions. Key sculptors working in the Hyperreal style were American artists Duane Hanson and John De Andrea. Hyperreal sculpture was generally figurative, and artists made startlingly life-like renditions of ordinary people. They managed to achieve such realistic depictions by making full body casts of real-life models and casting them with fiberglass resin, polyvinyl or bronze, before being hand-painted.

Duane Hanson took the Photorealists’ emphasis on ordinary, normal life and applied it to the people of America, capturing them going about their lives in seemingly boring ways, like shopping, cleaning, eating or sightseeing. But when portrayed in such a lifelike way, they take on a quality of awe and wonder – his sculptures are so lifelike that they are often mistaken for real people.

Australian sculptor Ron Mueck has been making his inflated, Hyperreal sculptures of human bodes since the 1990s. He has shocked audiences around the world by making startlingly lifelike models people with exaggerated character traits like elongated faces, emaciated bodies. Some of his people are tiny, while others are huge. His giant newborn baby, titled A Girl, 2006, is a classic example of Hyperrealism at its best. At over 5 meters long, the sculpture spares no detail, showing us the exact moment when the child has entered the world, with wrinkled skin, blood stains and a freshly cut umbilical cord. Enlarging a newborn baby to such a scale highlights the terrifying and miraculous awe surrounding childbirth, even if it happens every single day.

Why Was Photorealism So Popular?