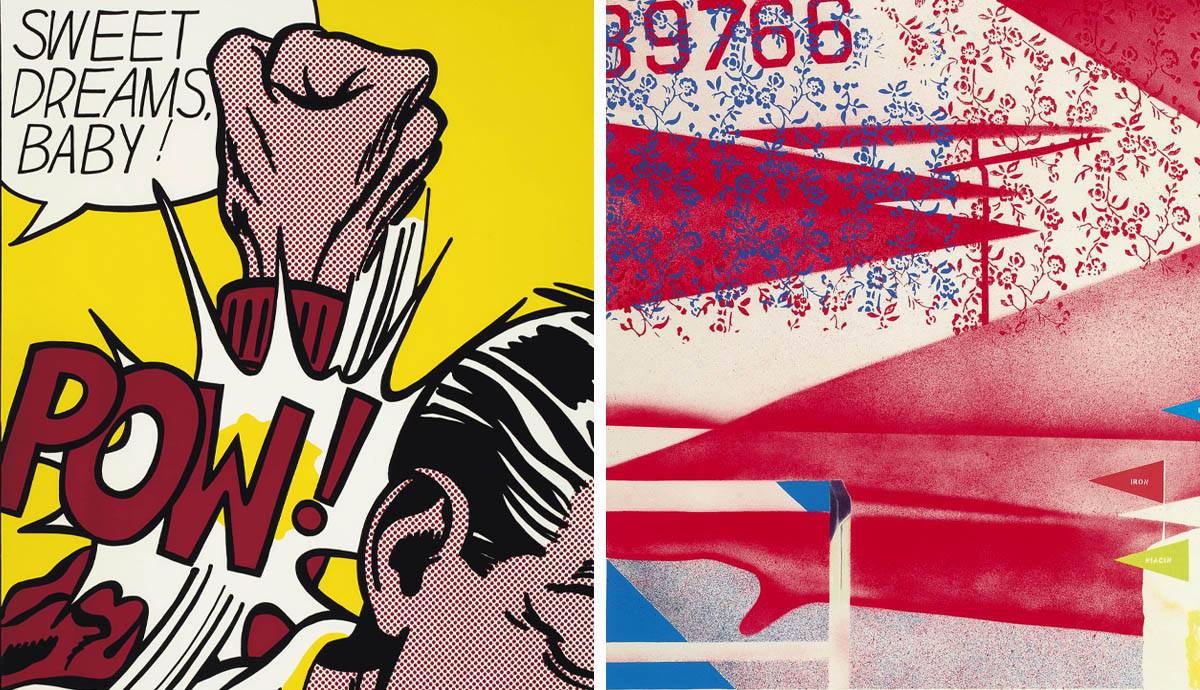 Modernism was a watershed moment in the history of art. Spanning roughly the late 19th to the mid-20th century, modernism encompassed a huge array of styles, including Realism, Impressionism, Cubism and Expressionism. What they all shared in common was a move away from portraying reality, towards expressive forms of abstraction. It is generally accepted that modernism ended sometime around the 1960s, at the same time that Pop Art was taking over the art world. But did modernism really end with Pop Art? Let’s take a closer look to find out more.

Some Say Yes, Because Pop Art Ushered In a ‘Postmodern’ Approach

Many art historians believe modernism ended with American Pop Art. They say, if modernism was all about the expression of the individual artist and their inner world, then Pop Art was the exact opposite. Rather than looking inside themselves for inspiration, Pop artists looked back out into the real world, taking imagery from aspects of popular culture such as magazines, billboards and comic books and making it look like art. This merging of so-called high and low culture was the beginning of what we now call ‘postmodern.’ It was an entirely new take on art that came after modernism (hence the term (‘postmodern’), one that was instigated by Pop Art.

After Pop Art’s revolutionary ‘postmodern’ approach, art would never look the same again, which is why it is so often cited as the end of modernism, and the dawn of a new era. Pop Art, particularly in Britain and the United States, opened the floodgate for a whole new array of eclectic approaches to making art. Roy Lichtenstein integrated comic book excerpts into his paintings and prints, while Andy Warhol brought everyday logos or images of celebrities into his many works of art. Claes Oldenburg made giant hamburger sculptures the size of sofas, while Richard Hamilton made satirical collages featuring idealised figures from magazines. Without all their ground-breaking art, a whole slew of art movements never would have happened, including Photorealism, The Pictures Generation, Capitalist Realism, Neo-Expressionism, Neo-Pop and more.

We could even argue that Pop Art changed the role of the artist. The cliché of the modernist artist was an angst-ridden, tortured soul, slaving away in his lonely studio. By contrast, the postmodern Pop artist was a cool jet-setter leading 1960s fashion and youth culture – think Andy Warhol partying with models at Studio 54.

But Perhaps Modernism Never Really Ended at All?

Although we might think Pop Art exploded onto the art scene and made everything before it entirely redundant, the real history of this timeline is far more complex. So, some might say Pop Art didn’t signal the end of modernism because modernism never officially ended. Instead, it just kind of faded into the background for a while, letting Pop take centre stage. The pinnacle of modernism was Minimalism, with its clean, pure abstraction, as seen in the work of Donald Judd and Agnes Martin. This style actually co-existed alongside Pop Art well into the 1970s and beyond, continuing to develop in new directions and leading the way for Conceptualism.

Another aspect of modernism that never really went away, but just faded in popularity was expressive painting. Many artists continued to make intuitive, expressive paintings even when their art was seen as dreary and out of fashion, such as Willem de Kooning, Lee Krasner and Helen Frankenthaler.

To make matters even more complicated, some artists merged elements of minimalism or expressionism with Pop, proving that there wasn’t such a clean distinction between the two camps. Jim Dine, for example, made messy pop-style paintings and prints, while James Rosenquist produced pop-style installations with the geometric order of Minimalism.

Elements of Modernism Are Alive and Well Today

We can still see the influence of modernism in contemporary art today, suggesting it never actually ended, but just changed form, mutating to suit the society around it. A few examples include Damien Hirst’s grid-like installations, or Fiona Rae’s funky, gimmicky abstract paintings. What all this proves, of course, is that art history is never as clear and linear as it might seem.