HomeArtThe Who’s Who of Impressionist Art: 7 Artists You Need to Know

While most know the names Monet, Manet and Degas as leaders in Impressionist art, less are aware of their contemporaries. These are all the Impressionists you need to know! 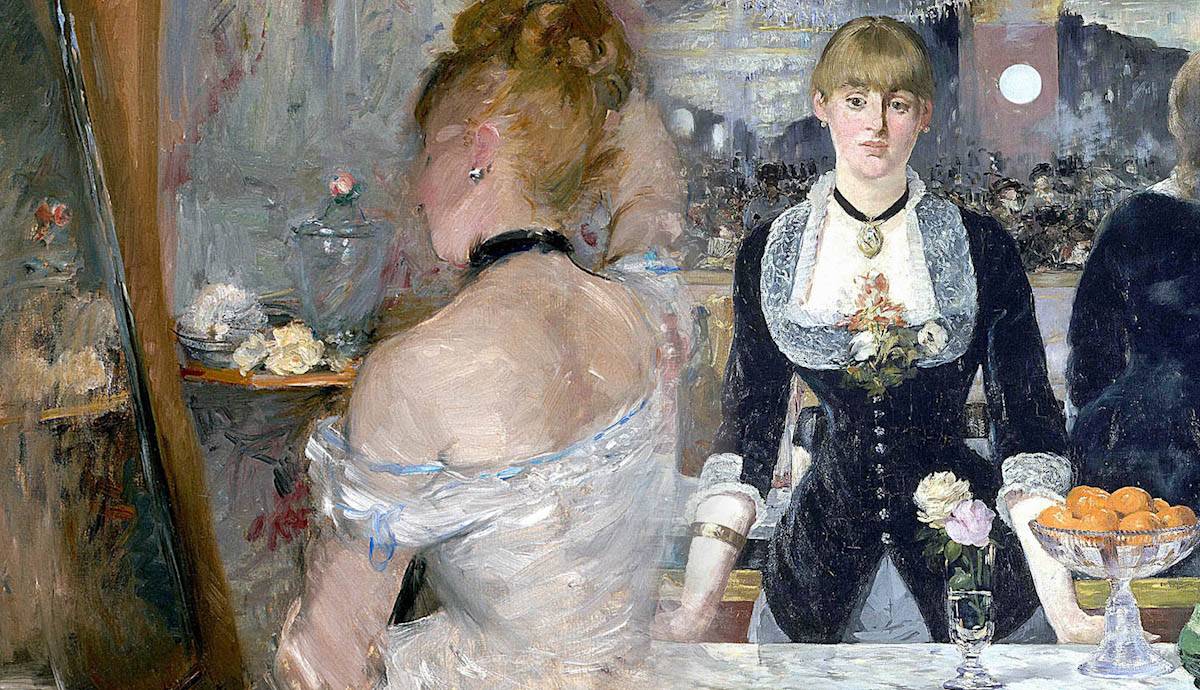 In the second half of the 1800s, there was a supergroup that took the art world by storm. Enter the Impressionists: eager to step into their own in the art scene. After a series of rejections from the Salon, a radical group of artists formed the Anonymous Society of Painters, Sculptors, and Engravers. They would later become known as the Impressionists. Claude Monet led the group to public consciousness with his 1872 painting Impression, Sunrise, while Edgar Degas and Edouard Manet caused a stir with their controversial artworks. Along with these Impressionist artists, there are many more you need to know. Check out their amazing art!

One of the less celebrated Impressionist artists is Frederic Bazille. Born in Montpellier in 1841, Bazille moved to Paris in 1862 to study medicine. Much to his father’s chagrin, Bazille flunked the tests and dropped out. While his father didn’t support his decision to leave medical school, Claude Monet applauded him. Although his career was short, Bazille’s impact on Impressionist art occurred during the 1860s when he embedded himself deep in the Impressionist art scene.

After meeting Renoir and Monet in art classes, Bazille shared a studio with the pair on the Left Bank and Montmartre in Paris. There wasn’t a high demand for any of their works, so the funding largely came from Bazille’s father, from whom he still received a small allowance. Monet had suffered some financial hardships and often asked Bazille for a buck or two. Their strong friendship and Bazille’s dedication to Impressionist art were immortalized in a group portrait also known as Bazille’s Studio (1870). On the walls of Bazille’s studio, we see the works of Monet.

Unfortunately, the pair parted ways as the Franco-Prussian War broke out. While Frederic Bazille fought on the battlefield, Claude Monet escaped the war by heading to the safe shores of England in 1870. The artist declared to a fellow soldier that he wouldn’t die in the Franco-Prussian War by saying “I have too many things to do in life.” (Peter Schjeldahl, 2017). However, Bazille died on the first day of battle when he was just 28 years old. Had Bazille lived longer, perhaps he’d create more than the 47 paintings that he left behind.

Claude Monet is regarded as one of the key members of Impressionist art. Born in a small town in the Normandy region, Monet moved to Paris at 19. He burst onto the scene with vibrant paintings of the fast-changing modern Paris. Although he is most known for his natural scenes, Monet painted urban landscapes, filling canvas after canvas with city skylines, train stations, and bridges. He would often repaint the same scene, such as the Gare Saint-Lazare, which he immortalized on canvas around twelve times.

Monet dabbled in caricatures before bursting onto the scene with memorable landscape paintings. But it was when he met landscape painter Eugene Boudin, who encouraged him to paint en plein air (in the open air), that his style began to define itself. He would go on to help lead the Impressionists away from the Naturalist movement thanks to his breakthrough painting Impression, Sunrise, 1872.

Monet’s dedication to painting en plein air was exemplified by a short stay in Argenteuil in the 1870s, where he painted from a fishing boat down the Seine. In 1874, Monet and the Paris-based artists would hold an independent exhibition in Paris, where Impression, Sunrise would be exhibited. By 1883, the Impressionist artist was ready for a quiet life in Giverny, where he rented a house in the bosom of nature. He remained there until he died in 1926, painting his famous series of ‘Water Lilies’ in the final years of his career.

Berthe Morisot deserves as much recognition as her Impressionist male contemporaries. And, rightfully, in recent generations she has been receiving her due. Born in 1841, Morisot came from an upper-class family. Her parents encouraged Morisot and her sister Edma to take up painting, paying for lessons, and building the girls a studio in the family home. By the time they reached their twenties, the sisters had paintings accepted into the Paris Salon. Morisot was strongly influenced by her first teacher, Jean-Baptiste-Camille Corot, who would become a close family friend. Corot encouraged en plein air painting, which excited the Morisot sisters. Their parents hadn’t intended the lessons to be anything more than a hobby. But Berthe was a perfectionist, destroying many of her paintings.

While Edma gave up painting in order to dedicate herself to her new family, Berthe continued. And with strong encouragement from her peers Monet, Renoir and Manet, why would she stop? While she married and had a child with Edouard Manet’s brother Eugene, she remained an ardent painter. Painting was such a family affair that she would often sit as a model for her brother-in-law Edouard.

When the Impressionist artists debuted their exhibition in 1874, Morisot contributed ten paintings to the exhibition and missed out just once because she was pregnant with her daughter Julie. She was a deft documentarian of modern leisure, capturing women across Paris enjoying leisurely activities. While her male counterparts depicted café scenes and city life, Morisot sought out the privileged class of women in their household or natural settings and documented their lives with her short, quick brushstrokes.

Edouard Manet was one of the pioneers of the transition from Realism to Impressionism. The Impressionist artist was born in Paris in 1832. Rather than studying law as his bourgeois parents wished, Manet copied the works of Diego Velazquez and Francisco Goya. Support for his love of art came from his uncle Edmond Fournier, who often took him on outings to the Louvre. A passion for the arts didn’t stop his father from pushing Manet into a life of civil service. Manet was not worried as his father was about the family name. In the end, they had no choice but to support Manet after he failed his naval exams over and over again.

Manet’s subjects included the everyday person. The artist decided that beggars, gypsies, and street musicians were worthy of depiction in high art. In 1865, he caused a scandal after depicting a sex worker in Olympia, a painting that was included in the Salon. Though this wasn’t the first artwork of Manet’s to shock the public. Two years prior to Olympia, Manet exhibited The Luncheon on the Grass to a shocked Salon audience.

Manet was an essential figure in Impressionist art, having taught the group the alla prima technique, or wet-on-wet painting. Manet’s canvases are vibrant and full of life. His application of colors had them side by side, looking bold. By the time he reached his forties, Manet’s health began rapidly deteriorating. He shifted towards smaller still life painting, depicting plates of food and vases bursting with flowers.

Being older than the rest of the Impressionist artists by ten years didn’t stop Camille Pissarro from contributing to the Impressionist and Post-Impressionist movements. He was born in 1830 on the island of St. Thomas in the southern Caribbean, to a French-Jewish father and a Creole mother. Pissarro was sent to a boarding school in Passy, France at the age of 12, and returned to work in his parents’ store at 17. He soon met Danish artist Fritz Melbye and embarked on an adventure that would see them travel the world.

At 21, Pissaro landed in Venezuela and dedicated himself to painting full-time. He met Monet in 1859 and shared his dislike for the Salon’s conventional art. He soon ran in the circles of artists Paul Cezanne and Edouard Manet, and the writer Emile Zola at the café Guerbois, and envisioned a new form of art. In a world that was drastically evolving with the industrial movement, the Impressionists wanted to capture the fleeting moments of life.

Like Monet, Pissarro escaped the warfare of the Franco-Prussian War by relocating to London. Here, he met the art dealer Paul Durand-Ruel, a champion of Impressionist art. Pissarro often depicted subjects in rural settings. Farmhands, maids, and villagers were often portrayed in vibrant color, with light bouncing off them. His painting, Gelee Blanche, was verbally ripped apart by critics for its crude subjects, vivid colours and expressive paint.

Pierre Auguste Renoir’s Impressionist paintings captured modern life. Impressionist in style, his loose brushstrokes celebrated everyday people and the streets in bright, lively colors. Renoir was the sixth child to a sailor and a seamstress. When his family moved to Paris, somewhere between 1844 and 1846, they settled near the Louvre. This location was a feast for the budding artist, who began copying the paintings that hung in the museum in 1860. He initially met Claude Monet and Frederic Bazille in the studio of his teacher Charles Gleyre in 1862. With new railway lines connecting Paris to the countryside, more and more citizens were heading out of the city to explore the countryside. With them, the Impressionists followed. After five months with Gleyre, they abandoned their teacher and the studio in favor of painting outside.

Having studied together, Renoir and Monet also worked closely together, often painting side by side. It only took several of Renoir’s paintings to be rejected from the Salon before he finally joined Monet in establishing an independent exhibition. Renoir portrayed modern life as joyful, pleasant and enjoyable, unlike the other Impressionists whose subject matter touched on social critique. He observed, “To my mind, a picture should be something pleasant, cheerful and pretty. Yes, pretty! There are too many unpleasant things in life as it is without creating still more of them.” (Zoe Vanderweide, 2019)

Renoir was able to financially sustain himself with portraiture commissions. Though his style shifted after a trip to Italy, where he indulged in the great works of the Renaissance artists, Renoir would go back to the light and vibrant brushstrokes that defined his style decades earlier.

Edgar Degas was born to a wealthy banking family in Paris in 1834. While his birth certificate has him named Hilaire Germain Edgar De Gas, the world knows him as Edgar Degas. His artistic abilities were recognized by his family at a young age. On trips to museums around Paris, Degas copied the works of the Renaissance masters. He also copied scenes from frescoes into his notebook.

Degas wouldn’t be quick to call himself an Impressionist artist, preferring to be known as a ‘Realist’ or ‘Independent’ painter. Yet his contribution to Impressionism remains undisputed, as he sought to capture fleeting moments of life, as seen in his everyday street scenes and the movement of his dancers. He painted the same subjects over and over again in order to perfect his technique.

Degas made his first ballet painting in around 1867-68. Reflecting on his love of ballet, he observed: “People call me the painter of dancing girls. It has never occurred to them that my chief interest in dancers lies in rendering movement and painting pretty clothes.” (Paul Trachtman, 2003).