HomeArtistsRichard Prince: An Artist You Will Love to Hate

Richard Prince: An Artist You Will Love to Hate

Richard Prince is synonymous with appropriation. In fact, he’s the king of it. Over the years, this has won him many admirers as well as haters. Let’s find out why! 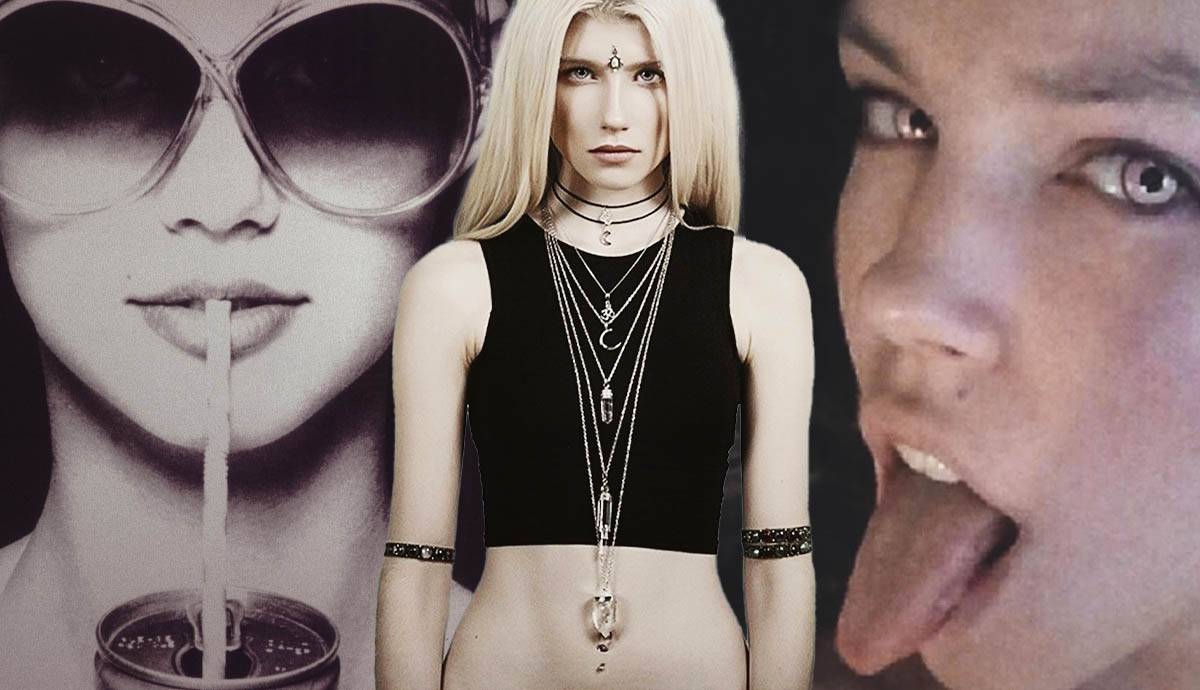 Richard Prince takes appropriation to a whole new level and he’s quite happy to adapt to the times. From rephotographing works taken from advertisements to sleuthing through the newsfeed of Instagram influencers, the American artist is constantly challenging the meaning of copyright. As a result, his art has stirred its fair amount of controversy and court cases. Here we present a list of reasons why the artist loves to be hated, and ultimately, you, the reader, can be the final judge.

Who Is Richard Prince?

Richard Prince was born in the Panama Canal Zone (now the Republic of Panama) in 1949. According to the American artist, his parents were stationed in this area while they were working for the United States government. At four years old, his parents took him to the house of Ian Fleming, the creator of James Bond.

In his art, Richard Prince tackles consumer culture, which includes everything from advertising and entertainment to social media and literature. His method of creating art is controversial as his subject concerns itself with appropriation rather than creating something original from the ground up. Or as he calls it, rephotographing. The American painter’s philosophy is, more or less, “good artists borrow, great artists steal.” It’s a philosophy he seems to live and die by in all the courtrooms his art has been challenged in. The contemporary painter moved to New York City in 1973 after being rejected from entering the San Francisco Art Institute. This clearly didn’t stop Prince from his art-making pursuits.

The American Painter of Appropriation Art

Appropriation Art was the go-to style of the 1970s. Contemporary artists challenged how society perceived art in the same way that Marcel Duchamp had some 50 years earlier, arguing that the concept of originality was no longer relevant in postmodern culture. The aim of the game was to take pre-existing photographs and reproduce them with little changes made.

Alongside Prince, Appropriation artists included Cindy Sherman, Barbara Kruger, and Sherrie Levine. This was a movement inspired by the artist Marcel Duchamp and his ‘Readymades’, or sculptures made from found objects. Richard Prince’s start in the art world (in a way) began by photographing pages of advertisements. At the time, the American painter was working for Time Inc and had at his disposal a cache of achieved work to choose from. Prince, and a number of artists whose practice included appropriation, is associated with a group of artists dubbed the Pictures Generation.

It’s hard not to see why the American painter was so attracted to media. Before him, Andy Warhol and the Pop Art generation had heavily brought pop culture and consumer products into artworks, and put these works in gallery spaces. So, for artists who grew up surrounded by mass media, it should be of no surprise that images from T.V., movies, advertisements seemed a natural choice for art. Richard Prince, however, took this to a whole new level, making artworks that question the entire concept of originality in our media saturated society.

In the 1980s Richard Prince became the king of appropriation, and today he continues to find a new cache of images to work from through the internet and social media platforms. Despite the rise of court cases concerning plagiarism (and Richard Prince has spent a fair share of time in the courtroom), it doesn’t seem like the artist wants to stop anytime soon.

Prince had been playing with appropriation since the 1980s. During this period, the contemporary painter took liberties with a piece of advertising for Marlboro cigarettes. Prince’s reworked artwork is titled Cowboys. The process of creating the artwork is seemingly, and perhaps deceptively, simple. Richard Prince rephotographed Marlboro cigarette ads (originally shot by photographer Sam Abell) and called them his own. Some argue that this is a neat little dance the contemporary painter is doing by dubbing it a rephotograph and making it his own. Others, like the photographer whose work Prince snapped up, don’t quite see it this way. Love him or hate him, Prince is really showing off his cheeky personality and has us questioning how we view art.

From reworking the Marlboro cigarette ad to reworking Instagram uploads, Richard Prince is dead-set on making enemies wherever he goes. In 2014, Prince’s New Portraits exhibition took known and unknown faces from Instagram and blew up each inkjet image on the canvas. It wasn’t only the photographs he took. The contemporary painter added the comments section and likes underneath the image to really tell people that he was displaying an Instagram page. Naturally, reactions were polarized. It led to Prince facing lawsuits, several times. Prince has been sued by the likes of SuicideGirls, Eric McNatt, and Donald Graham, who, understandably, were unhappy that the American painter was making millions of images they created. But who wouldn’t be? At this point in his career, it seems as though Prince has spent more time in courtrooms than in galleries.

The New Portraits series was more than a means of making money. While Richard Prince made at least $90,000 for each artwork he sold from this series, none of the people who created the photographs received a cut. The contemporary painter was also the only person who received credit for creating the artworks.

Prince’s aim was most likely to examine how people presented themselves on their social media accounts, then projected these images to the world in a gallery setting. The idea of being reluctantly part of Prince’s appropriation may have been unsettling. The exhibition is a voyeuristic experience of the subjects’ lives. Was it any different from posting them on their public social media accounts? On the phenomenon that is social media, Prince has said, “It’s almost like it was invented for someone like myself.”

There was also the issue of the types of images the American painter selected to be part of this new collection of work. A number of works included half-naked women posing before the camera. Beneath the images are comments made by Prince, effectively showing his presence. One comment reads: “Easy. P’&’Q’s again? SpyMe!” High art or genius trolling? You be the judge. Many people believed this was a troll, some of which were famous themselves.

Richard Prince took from the known and the unknown. While stealing from non-celebrities won’t generally garner media attention, stealing from celebrities will. One of the famous faces he was not afraid of taking was that of the American model Emily Ratajkowski. Controversially, Ratajkowski did not receive any credit for the image, nor was she given any royalties. Instead, she made several attempts to buy back her image. In the end, she bought the work for $80,000. To go further, she recently announced she’d be turning the artwork into an NFT. That’s one way to play the game! Ratajkowski’s story ended, let’s say, on a positive and hopeful note.

Richard Prince’s rise in the art world coincided with the emergence of contemporary art. Contemporary art refers to the art of the present day, with a focus on themes ranging from technology, consumerism, global influence, and more. Technology was steadily developing and becoming accessible to the everyday person. The contemporary painter took on consumer brands for some of his artworks. One was the marijuana brand Katz + Dogg. To promote the brand, Prince collaborated with High Times magazine to design the cover of their special edition issue. In this day and age, celebrities are dipping their fingers in the weed pool, and Prince is no stranger to it. He joins the likes of Mike Tyson, Gwyneth Paltrow, and Snoop Dogg.

It’s not the first time the contemporary painter played with words and text. In the 1980s, Prince began making artworks using jokes. It began with Prince incorporating images and text, and deep into the decade the image and text would have no relation to one another. The artwork would be a one-liner placed onto a monochrome background, using acrylic and silkscreen ink on canvas. These jokes were taken from New Yorker cartoons and joke books. He challenged copyright laws with his Nurse Paintings in 2003. The images for these artworks were pulled from pulp romance novels. Prince went further with these artworks and eventually collaborated with the French fashion house Louis Vuitton and with its head designer at the time, Marc Jacobs.

Richard Prince is so adamant about testing the boundaries of copyright that he doesn’t even care if he’s accused of plagiarism. One book Prince has been known to appropriate is J.D. Salinger’s Catcher in the Rye. It’s not a mistake if you come across a copy with Prince’s name on the cover. No, he did not write the book. Yes, it is a reproduction of the first edition of Catcher in the Rye. To his credit, Prince worked extremely hard on getting his appropriation of the novel mimicking the original. He considered every aspect: the paper thickness, the classic typeface, the dust jacket with its text. We can assume that Salinger, who was determined to never sell the film rights to Hollywood, wouldn’t be too happy about this.