Lorenzo Ghiberti is often eclipsed by the bigger names of Renaissance art, but this legendary goldsmith was Florence's most celebrated craftsman of the 1400s. Read on to find out why. 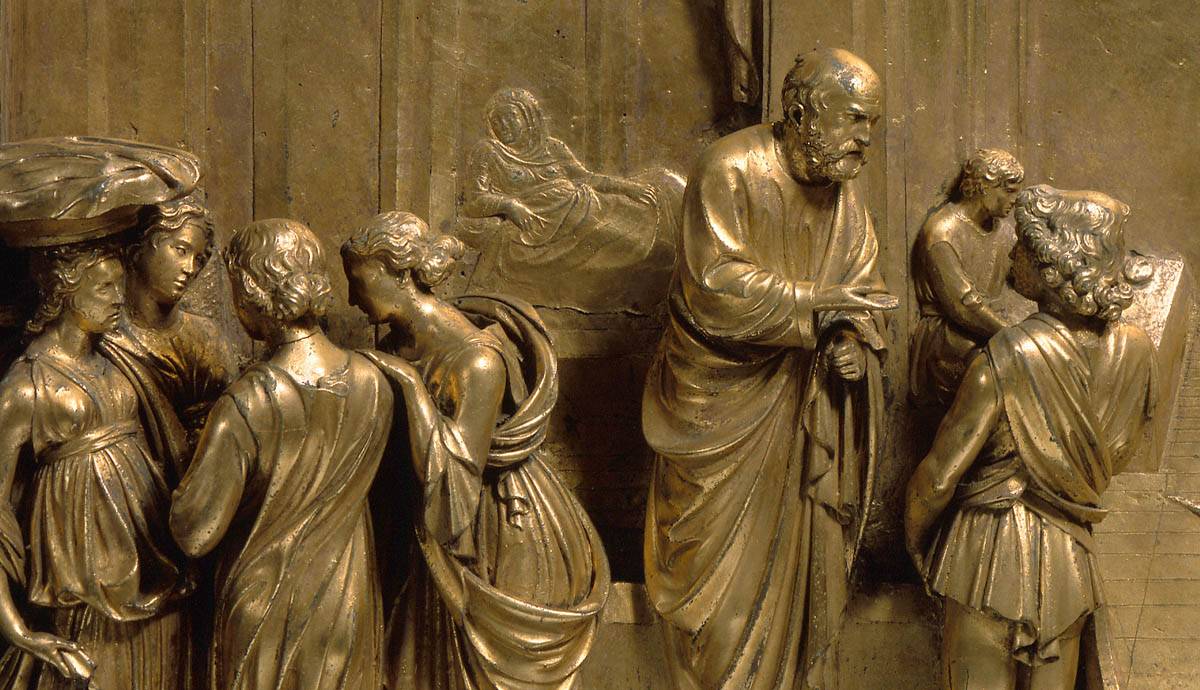 Lorenzo Ghiberti was born just as the poets, artists and philosophers of Florence were sowing the seeds for a revolutionary movement that would soon sweep across Europe: The Renaissance. He grew up just outside of the city in the late 14th century, and at some point during his childhood, his mother left his father for a goldsmith, Bartolo di Michele, who would come to have a huge impact on Ghiberti’s life and career.

9. Like Most Of His Contemporaries, Ghiberti Learnt His Trade As An Apprentice

Apprenticeships were an important way for aspiring young craftsmen to hone their technical skills, gain valuable experience and make some key connections in artistic society. The young Lorenzo trained under none other than Bartolo himself, toiling in his workshop in Florence.

The art of metalworking requires an intricate understanding of design and form, which Ghiberti soon adopted. He also apprenticed as a painter under another artist in the city, and combined his new-found skills on a variety of independent projects, modeling replica coins and medals, and painting for his own pleasure and practice.

At the turn of the century, Florence experienced the horrors of the bubonic plague. Many of the wealthiest families left the city, and Ghiberti managed to find himself a commission in Rimini, so as to escape the disease. He was tasked with painting frescoes for the palace of the local ruler, Carlo Malatesta I.

Although he was said to be deeply dedicated to his painting, Ghiberti left Rimini before his work was completed. He had received news from his friends that the governors of Florence’s famous Baptistery were staging a contest to design and make a new set of doors. Determined to prove his worth in this competition, Ghiberti hurried back to Florence.

7. The Contest Of The Baptistery Doors Was An Important Turning Point In Ghiberti’s Career

At this time, it was not unusual for commissions to be made on the basis of competitions, with institutions inviting entries from multiple craftsmen before selecting the best option. In 1401, Ghiberti’s designs for a pair of bronze doors to front the Florence Baptistery were recognized as superior to all other submissions, and at only 21 years of age, he won the commission that would win him his place in art history.

His original plan was to depict scenes from the Old Testament, submitting a trial panel showing the sacrifice of Isaac. Although the subject matter was later changed to New Testament stories, the concept remained the same: 28 panels paying testament to the glory of God and the skill of the artist.

6. Ghiberti’s Creation Was An Astounding Piece Of Craftsmanship

The doors took an astounding 21 years to complete, during which time Ghiberti was not allowed to accept any other work. The project required his full attention due to the complexity of the design and the technical mastery needed to realize it. To complete the momentous task, Ghiberti established a huge workshop and trained many younger artists, including the famous Donatello.

Although it is almost impossible to see how the three-dimensional panels were cast as a single piece of bronze. The figures themselves were hollow, making them lighter and therefore less expensive – undoubtedly a factor that influenced the governors’ decision to award Ghiberti the commission.

Indeed, after he completed the initial pair of doors, they issued him with another commission to produce an additional set for the east entrance. He would use the scenes from the Old Testament that he had originally designed for the first doors, but produce a total of ten, larger panels.

5. But Not Everybody Was Happy With The Result

Ghiberti had clearly been the underdog in the contest of 1401, competing against the more prominent goldsmith Filippo Brunelleschi. When Ghiberti had been announced as the winner, Brunelleschi was outraged and made his anger known by leaving Florence and swearing never to create another bronze sculpture. Indeed, he remained in self-imposed exile in Rome for 13 years.

Upon his return to the city, Brunelleschi began to take on a range of architectural commissions, and the time came when the governors of the Santa Maria dei Fiore, Florence’s magnificent cathedral, held another competition to construct its crowning duomo. Again both Ghiberti and Brunelleschi entered, but this time the later emerged triumphantly.

4. Nonetheless, Ghiberti’s Doors Had Made Him Florence’s Most Successful Artist

Ghiberti’s doors were an unparalleled example of metalworking, and as soon as they were unveiled he became an instant celebrity. Michelangelo himself entitled the eastern doors the ‘Gates of Paradise’ and the father of art history, Giorgio Vasari, would later describe them as ‘the finest masterpiece ever created’. Ghiberti had ensured his own legacy would live on by including a bust of himself, and his father and mentor, in the center of the doors.

Ghiberti’s fame extended beyond Florence, and his name became known throughout the whole of Italy. His renown saw him receiving many more commissions, even from the Pope. He was invited, for example, to cast several statues of saints, one of which sits in Florence’s Orsanmichele and stands at a staggering 8’ 4” tall.

3. Ghiberti’s Success Also Came In The Form Of Great Wealth

During his long commission for the Baptistery doors, Ghiberti was paid 200 florins a year, meaning that by the end of the project he had amassed considerable savings. As a result, he was far wealthier than many of his contemporaries and seems to have been very sensible with his investments, generating a large return on government bonds.

An archived tax document from 1427 also shows that he was the owner of great swathes of land outside of Florence, in addition to his properties inside the city. Ghiberti died of a fever at the age of 75, leaving behind him a huge financial legacy as well as an artistic one.

2. Ghiberti Himself Was An Early Collector And Art Historian

The style and substance of the ancient world were coming to light again during the Renaissance, and owning classical goods became a symbol of status, learning and wealth. Ghiberti’s financial success allowed him to pursue his passion for art and design by collecting classical artifacts. During his lifetime he amassed a considerable stock of coins and relics.

He also began writing an autobiography, entitled ‘Commentario’, in which he dwells on the development of art and discusses his own theories. These include his attempt to imitate nature by modifying the proportions and perspective of his work. His ‘Commentario’ is generally considered the first artistic autobiography and would become an important source for Giorgio Vasari’s magnum opus.

1. He Left His Mark On Florence, Ghiberti’s Work Is Often Eclipsed On The Global Stage By That Of Other Florentines

Although sculptures produced in Ghiberti’s workshop by other artists appear on the market, the original work of the Old Master himself is conspicuously absent from auctions and galleries. His sumptuous doors are generally considered priceless, and most of the work that can be attributed directly to Ghiberti is in the keeping of the Church. It may be for this reason that Ghiberti’s name is less widely known than that of other Florentine artists, such as Michelangelo and Botticelli.

Nonetheless, the legacy of Lorenzo Ghiberti went on to inspire future artists, not only metalworkers but also painters and sculptors. While the modern visitor to the city may be more familiar with Brunelleschi’s recognizable duomo, nobody can fail to be impressed by the ornate bronze reliefs that adorn the doors of its neighboring Baptistery.