Known as the father of Renaissance architecture, Filippo Brunelleschi is responsible for the magnificent of Florence. Read on to find out more about the turbulent career of this important architect. 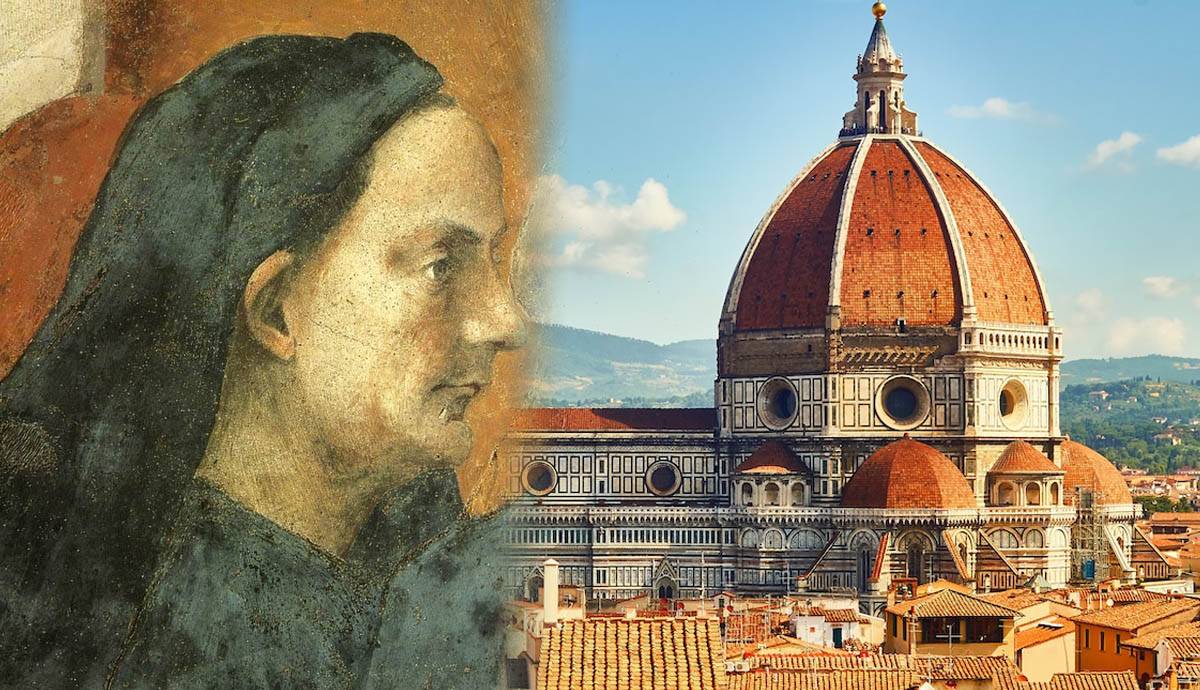 Filippo Brunelleschi is most famous for his construction of Florence’s impressive Duomo. The story of how it came to be built is less well known, but reveals a lot about one of history’s most important Renaissance architects.

Brunelleschi’s seminal work led to the revival of Classical principles in architecture, and helped to re-shape the changing landscape of Renaissance Europe.

Brunelleschi’s early years prepared him well for his later career

Born in Florence in 1377, Brunelleschi grew up in an environment that was growing increasingly rich, in both fiscal wealth and culture. The houses of Albizzi and Medici made the city an important banking center, while Dante’s Divine Comedy had shown what great works the Florentines were capable of. Changes like this would eventually lead to the birth of the Renaissance, which Brunelleschi himself would help to bring about.

As a boy born into a noble family, Brunelleschi was given a thorough and broad education, covering literature and mathematics. The latter would prove invaluable in his career as an architect and engineer, equipping him with the skills he would need to design seemingly impossible structures.

Instead of following his father’s footsteps, however, Brunelleschi pursued his interest in the arts. As a young man, he was inducted into the Arte della Seta, Florence’s most prestigious guild, which represented the city’s silk merchants, jewelers and metal craftsman. At only 22, Brunelleschi became a ‘master’ sculptor, working with gold and bronze.

It was customary in Florence for large public projects to be advertised as competitions, with the man who submitted the best design winning the commission. This was the case with the Baptistry at the heart of the city, opposite the Cathedral. Its bronze-paneled doors would show a relief of the Sacrifice of Isaac, and numerous artists and craftsmen entered their designs for this grand project.

Among them was, of course, Brunelleschi, as well as another young Florentine named Lorenzo Ghiberti. Ghiberti was clearly the underdog in this competition, but when both men unveiled their plans, his was considered better by the judges. Outraged at such an offence, the proud Brunelleschi vowed never to create another bronze sculpture and left Florence.

He remains in this self-imposed exile for 13 years, many of which he spent in Rome. Although the great center of ancient civilization had been diminished and deteriorated by this time, Rome was still home to a wealth of Classical ruins, which Brunelleschi systematically studied. The influence of this period is clearly shown in his later work.

It is thought that his friend, and another prominent Renaissance sculptor, Donatello, may have been with Brunelleschi during his stay in Rome.

Visually dissecting the buildings and plotting their structural design in his drawings, Brunelleschi became incredibly familiar with the Classical style. Observing the regular geometric shapes used in ancient buildings, Brunelleschi further investigated how two-dimensional shapes and structures could be used to produce different perspectives, playing with depth and angle.

The system also enabled future artists to produce works that accurately captured reality, with figures appearing in proportion to one another depending on where they were placed. This is what gave Renaissance paintings the impression of being three-dimensional, fluid and real, marking a change from the art of the Middle Ages.

Brunelleschi’s inquiry into perspective and proportion also encouraged later Renaissance figures, such as Leonardo da Vinci, whose scientific and artistic designs demonstrate the importance of the architect’s early work.

Upon his return to Florence, Brunelleschi immediately began putting his new ideas into practice

Around 1517, Brunelleschi returned to his native city, where he was soon commissioned to work on some of Florence’s most striking buildings, and almost every one still stands today in all its Renaissance grandeur.

The first of these major projects was the construction of the Ospedale degli Innocenti, an orphanage in the heart of the city. It marks an important change in architectural history as the first public building in Florence to directly mirror the structure and style of Classical buildings. Its columns, arches and external loggia all reflect the design that Brunelleschi had studied in Rome.

Over the following decades, he was involved in a number of other projects, working alongside other craftsmen and engineers. Under Brunelleschi’s artistic eye and skillful hand, the churches and chapels of Florence became ever more visually and architecturally stunning.

The art of constructing huge domes, which had been perfected during the Classical period, had been lost during the intervening centuries, and so the Florentine builders were at a loss as how they would be able to adorn their magnificent cathedral. Therefore, the city once again held a competition to select an architect to build the great dome, and once again both Brunelleschi and Ghiberti entered.

Brunelleschi worked on his design in absolute secrecy and refused to supply the judges with any details of how his dome would be constructed. He simply promised them, with complete confidence, a grand dome to outdo the modest plan proposed by his rival. The city decided to put their faith in Brunelleschi, and their trust certainly paid off.

Throughout the following 15 years, he oversaw the construction of the cathedral’s dome, or cupola, a feat of engineering that signaled the beginning of a new age of architecture. It was the first hemispherical dome to be built on such a scale since the Hagia Sofia was built under the Roman Emperor, Justinian I. Brunelleschi thus gave true meaning to the term ‘renaissance’, or ‘rebirth’.

Faced with engineering challenges and obstacles during building, Brunelleschi often resorted to inventing new instruments or equipment. As a result, he was responsible for designing a new type of boat that could transport heavy slabs of marble more easily, a crane that also came to be used in dramatic performances, with actors harnessed to it to simulate flight, and intricate clocks, although none of these survive.

He also played an important role in military engineering, by redesigning the fortifications used by Florence during its constant conflict with the neighboring states.

Little is known about the private life of Brunelleschi

Brunelleschi strictly guarded his privacy, habitually working in secret and refusing to cooperate on his visions, so there is little intimate information recorded about him. His interactions with the city and his rivals, however, do indicate that the architect was a proud, irascible and confident man, who had little tolerance for the mistakes or opinions of others.

There is no evidence that Brunelleschi had either a wife or children, although he did adopt a younger sculptor and architect as his only heir. He seems to have been entirely committed to his work, and this dedication paid off in the legacy he left.

Brunelleschi is widely considered to be ‘the father of Renaissance architecture’, with the Duomo in Florence still standing as a monument to his creativity, diligence, and technical mastery.