The European Union has developed into the confederation of 27 states based on the rule of law agreed by its member states, making the history of its development particularly interesting. 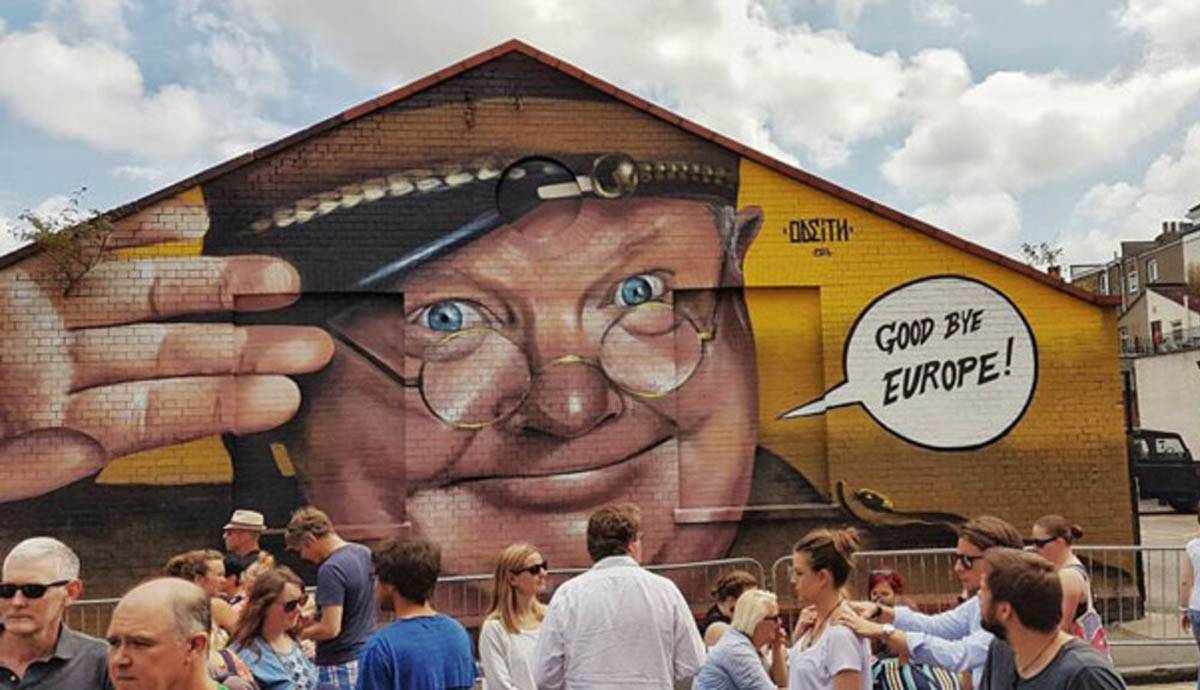 The European Union is a unique political and economic union of 27 democracies that aims to ensure peace, prosperity, and freedom in a more just and secure world. The EU was created after World War II. Over time, it has evolved into an intergovernmental, supranational organization that incorporates various policy areas of cooperation, including environmental protection, health, justice, security, migration, external relations, and climate change. With almost 500 million citizens living within the EU, it remains the most known and successful intergovernmental organization on a global scale.

1. Pax Romana: A Precursor to the European Union?

The Pax Romana – the apparent precursor of today’s Pax Europaea – is sometimes claimed to have ushered the emergence of a market economy and unrestricted mobility – an evident characteristic of the European Union.

Pax Romana refers to the Roman Peace, the period of the Roman Empire between 27 B.C.E. to 180 C.E. The 200-year timeline was characterized by unusual peace and economic development in the whole Roman Empire. Relatively, Pax Europeana, which means European Peace, refers to the peace achieved through the cooperation of the European countries after World War II – the result of such cooperation being the creation of the intergovernmental organization – the European Union. After the end of the Cold War, which also put an end to the significant global political tensions, the peace-keeping nature of the EU and the economic improvement of the European countries were made evident. The seeds of the EU were planted in these ongoing attempts to unite different countries of the European continent, just like the Roman Empire had tried to do so many years before.

2. The European Union as a Nobel Peace Prize Winner

In 2012, the European Union, with its almost 500 million citizens, was granted the Nobel Peace Prize for supporting peace, reconciliation, democracy, prosperity, and human rights on the European continent for over 60 years. More specifically, the EU was awarded this prize for contributing to “transform most of Europe from a continent of war to a continent of peace”– as the Nobel Peace Prize committee outlined.

The decision to award the European Union with the Nobel Prize highlighted the EU’s successful attempts to reconcile centuries-long enemies, France and Germany, by helping them to form mutual confidence and trust. Secondly, it outlined the EU’s support in strengthening democratic institutions and values in fragile democracies such as Greece, Spain, Portugal, Turkey, and Eastern Europe, especially after the revolutions of 1989 and devastating national conflicts in the Balkans.

3. Brexit Is Not Unique

Great Britain’s decision to leave the EU was not the first time a European state decided to exit the Union. Both French Algeria (French overseas territories of Saint Pierre and Miquelon and Saint Barthélemy share the same story) and Greenland have opted to withdraw from the Union during different times and circumstances.

Algeria had been one of France’s long-established overseas territories, making it home to many European immigrants. However, the Muslim population remained the majority, and due to their limited political, economic, and cultural independence, the indigenous Muslims demanded political autonomy and later complete independence from France.

The Algerian War was a culmination of the dissatisfaction between the two groups. Despite the French attempts to stop the revolt with mostly violent means, the War granted much-awaited independence and a self-determination referendum for Algeria in 1962. However, before gaining independence, Algeria was part of the European Economic Community as an integral part of France: one of the founding countries of the European Coal and Steel Community. The independence and self-determination rights resulted in their leaving the European Communities by Algeria in 1962.

Greenland joined the European Economic Community in 1973 as an autonomous territory of Denmark. However, the population’s dissatisfaction grew due to the EC’s fishing constraints. Fishing had been the primary source of income for Greenland. Consequently, insecurities over losing control over the fishing rights acted as an incentive to hold the first referendum about leaving the EC in 1972. However, Greenland had to join regardless due to the Danish population’s majority decision. In 1979, Greenland was granted the Home Rule Act, in which it gained autonomy from Denmark and established its own Parliament. Hence, discussions on a new referendum became popular once again. Almost a decade later, in 1982, a second referendum was held. 52 % of the population voted in favor of leaving the EU. It took another three years and more than 100 official meetings to complete the negotiations. Finally, Greenland officially left The EU in 1985.

Languages are perhaps the most authentic reflection of a culture, especially in the EU, which is founded on the slogan “United in Diversity.” The EU has 24 official languages, including Maltese, Greek, Croatian, and Spanish, among others. According to Article 3 of the Treaty on European Union (TEU), the Union shall respect its rich cultural and linguistic variety. Article 165(2) of the Treaty on the Functioning of the EU (TFEU) states explicitly that the “Union action shall be aimed at developing the European dimension in education, particularly through the teaching and dissemination of the languages of the Member States.”

So, multilingualism, according to the EU legislation, is an integral part of European fundamental values. Hence, the EU’s approach is that every European citizen must learn at least two other languages in addition to their mother tongue. It is interesting to note that approximately 51 % of Europeans understand English.

The European Parliament represents one of the three legislative bodies of the EU. It is the world’s biggest intergovernmental body with more than 700 members representing over 500 million individuals from 27 EU member countries and the second-largest democratic electorate in the world (the Parliament of India is the first). The predecessor of the European Parliament was a Common Assembly of the European Coal and Steel Community. It was established in 1952 and formed by 78 parliamentarians appointed from national legislative bodies of the member countries.

Despite being revolutionary, the European Parliament has considerable limitations as well. It cannot initiate new legislation. The representatives, who are elected in their home countries, can discuss issues at the table and have some influence on the EU budget. They can also shed light on certain questions to the Council of Ministers or the European Commission.

6. A Few Crazy European Laws That Are Actually Real

For the first time in 1995, the European Union initiated guidelines on how bananas and cucumbers should look before entering the market and directed farmers to discard those too bendy or not straight enough. However, later in 2009, some changes were made in the regulation. The new directive stated that bananas and cucumbers must be “free from malformation or abnormal curvature of the fingers,” but the classification system was established simply for sustainability aims. Today, bananas in the EU are classified into three segments: premium class, class one with small defects in shape, and those with defects.

Another regulation that causes the interest is that the EU member states should comply with the specific rules for disposing of the dead livestock. The law prohibited the disposal of dead animals in open fields and their removal to certain designated areas, or “dumps.” However, the strict directives caused significant damage in some regions of the Union. Spain, for example, appealed to the EU against this law in 2009 due to the fact that Spanish vultures began to starve, damaging the biodiversity of the country.

According to EU regulation adopted in 2010, food products could no longer be charged by the quantity (i.e., 12 eggs or ten apples, for example) and instead had to be priced by weight. Though one may still buy eggs in different quantities, the amount the customer pays is determined by the weight of those eggs.

In 2011, the European Union prohibited beverage manufacturers from advertising that water may prevent dehydration. Based on the three-year research, EU authorities decided that there was no proof that drinking water helps in hydration. Manufacturers of bottled water are legally prohibited from making the above-mentioned statement, and any who do so will face a two-year prison sentence. The decision was condemned as being against both science and common logic.

The strict fishing quotas based on the Common Fisheries Policy is another regulation that is thought to be hard to comply with. The policy established the yearly fishing quotas on different fish and binds fishers to throw fish overboard that was caught accidentally or were the wrong species. The negative effect of the regulation is that dead fish end up being thrown back into the waters as the fishing industry tries to adhere to the rules and right quotas for the required species. As a result, the EU abolished the controversial practice in 2019 and obliged boaters to land unwanted fish.