HomePhilosophyAnaximander 101: An Exploration of His Metaphysics

The remaining fragment of Anaximander’s writings, usually called the “B1 fragment”, still holds an important place in the archives of ancient philosophy, and for good reason.

Dec 10, 2021 • By Anja Milic, PhD in Philosophy w/Science and Religion concentration in progress

An introductory course on ancient philosophy usually starts with Thales, followed by Anaximander. Although in the broadest sense of the word almost all ancient Greek philosophers can be characterized as cosmologists, the term is primarily used to refer to the Ionian philosophers, namely: Thales, Anaximander, Anaximenes, Heraclitus, and Anaxagoras. The question of the nature of the cosmos and how our worldly existence relates to it is an archetypal theme they explored. Many of these Greek philosophers shared the fundamental line of thought that a just order harmonizes everything. Anaximander introduced a counterpoint to this idea with his concept of “injustice”.

What is most conspicuous about the concept of Apeiron (boundlessness) in Anaximander’s thought is that as a “first principle”, it pertains to something infinite. According to the literal translation, it means without a border or limit. As Peter Adamson eloquently summarized it in his podcast: “Anaximander’s [aperion] is a conceptual leap, derived from a pure argument rather than empirical observation.” And indeed, this differentiation (between rational argument and empirical observation) is extremely important in the history of philosophy.

The ancient cosmologists, starting from Thales, are presumed to have drawn inspiration from their surroundings. This does not mean they lacked imagination or abstract thinking, but it shows that their reasoning was based upon the nature of things, which shaped their philosophies. Adherents of this school of thought might take one of the four basic elements observed in nature — air, fire, wind, and earth — as representative of a metaphysical truth, expressing the element as an initiator of the cycle of creation. This gives us a clue as to why many pre-socratic Greek philosophers subscribed to hylozoism, the belief that all matter is alive and animate.

Although hylozoism has been subject to many interpretations and developments, its fundamental premise is that life permeates everything in the cosmos down to living organisms and inanimate objects. As John Burnet (1920) reminds us:

“No doubt the early cosmologists said things about the world and the primary substance which, from our point of view, imply that they are alive; but that is a very different thing from ascribing a “plastic power” to “matter”. The concept of “matter” did not yet exist and the underlying assumption is simply that everything, life included, can be explained mechanically, as we say, that is, by the body in motion. Even that is not stated explicitly, but taken for granted.”

When it comes to Anaximander, his philosophy also fell within the hylozoic tradition and it formed the basis of his worldview.

The so-called “B1 fragment” (shortened from the Diels-Kranz notation 12 A9/B1) is the only preserved fragment from Anaximander’s writings, ‘On nature’. It is translated in the Diels-Kranz version as follows:

But where things have their origin, there too their passing away occurs according to necessity; for they pay recompense and penalty to one another for their recklessness, according to firmly established time.

Nietzsche’s translation in The Birth of Tragedy is even more intuitive:

Whence things have their origin, there they must also pass away according to necessity; for they must pay penalty and be judged for their injustice, according to the ordinance of time.

What we notice immediately here, even if we lack any knowledge of ancient Greece, is that nothing of the “unlimited” or “infinite” is mentioned. And indeed, in the Greek original, the word itself does not appear. What does appear in these translations is the idea that things cause “injustice” through their interactions. So, how did Anaximander conceive of this “injustice”?

The Philosophy of (In)Justice

Anaximander was the first in Western philosophical thought to explicitly highlight and extend this idea to the cosmological order. The flow and constant change of things coming into being and ceasing to exist is evident, and this was clear to the majority of ancient Greek philosophers. To some of them, such as Heraclitus, a never-ending flow was obvious. This is thought to stem from earlier ideas embedded in the Western cultural and mythological paradigm.

The next important notion here is necessity. This refers to the Law of Nature, in a primarily metaphysical sense. This is the pure manifestation of Apeiron, a concept attributed to Anaximander. And so, a key question then arises: how does injustice relate to the cosmological law?

Dikē, which refers to the concept of justice and to the Greek Goddess of Justice, was an important physical and metaphysical term in ancient philosophy. For Anaximander, the concept was concerned not only with ethical and formal laws, but also ontological laws; as a principle that governed how things come to be according to cosmic law. Dikē is the ultimate governing and ordering principle, which gives structure to everything from pre-existing Chaos to all of life and death.

If cold becomes too pervasive in winter, it brings imbalance and thus injustice to the heat. If the summer sun is so scorching it withers and kills by its heat, it brings a similar imbalance. To support a limited human lifespan, one entity must “pay off” another by ceasing to exist so another can live. Inspired by the cycle of the four elements, day and night, and the four seasons, Anaximander and his philosophical predecessors and successors developed a vision of eternal rebirth.

The Apeiron Is Just

Apeiron, which is fundamentally just, guarantees that no entities overstep their boundaries, as they are established according to the ordinance of time. The same applies to the ethical dimension of human life, as there are written and unwritten rules for good behavior, and ultimately a good life. Anaximander is considered to be the first to compare cosmological law to ethical principles. In these terms, we have completed the cycle of connecting Dikē and Adikia, which are supposed to be in harmony with each other.

As John Burnet points out in his book Early Greek Philosophy: “Anaximander taught, then, that there was an eternal, indestructible something out of which everything arises, and into which everything returns; a boundless stock from which the waste of existence is continually made good.”

What Do We Learn From Anaximander’s Legacy?

The great works of many pre-socratic Greek philosophers have been lost to the sands of time. The best reconstructions we have, are from historians like Diogenes Laertius, Aristotle, and Theophrastus. The latter brings us much of what we know about Anaximander.

Burnet suggests that Theophrastus had an insight into Anaximander’s book, as he quotes him several times, and he occasionally criticizes him. Other sources include books such as the Refutation of All Heresies by the early Christian writer Hippolytus of Rome, which claims that Anaximander was the first to use the pre-existing word apeiron in a philosophical sense to refer to the fundamental principle of “boundlessness”. However, a significant amount of Theophrastus’ work has been lost, leaving yet another potentially unsolvable mystery.

Despite the loss of the original writings of many ancient Greek philosophers, we still possess enough material to make substantial claims about them. The most interesting figure for us, in this case, is Aristotle, since his reflections on his predecessors are well-preserved, wide-ranging, and appear in many of his works.

Nonetheless, his opinions and criticisms of his predecessors are at times biased. The philosophical appropriateness of using his work as a secondary source to study ancient thinkers must be questioned. However, we cannot deny Aristotle’s importance for us today in passing on the legacy of previous philosophers. Fortunately, it is considered likely he had access to the original works of these philosophers and that he read them in his mother tongue.

Aristotle deals with Anaximander and the Ionian school, as well as his other predecessors, in his Metaphysics. He claims that all his predecessors’ first principles were based on what he calls the “material cause”. This view is borne out of Aristotle’s conception of causality, which he divided into the four causes: material, efficient, formal, and final. In his book The Physics, he states the following:

“Anaximander of Miletos, son of Praxiades, a fellow-citizen and associate of Thales, said that the material cause and first element of things was the Infinite, he being the first to introduce this name of the material cause.”
(Phys. Op. fr.2)

Aristotle sees the principle of Apeiron, alongside the other principles of the Ionian school, to be purely mechanistic. This is because there is no detailed explanation of how the relationship between Apeiron and the created universe develops. Nevertheless, Anaximander’s explanation of injustice as the balancing factor for the restoration of justice is unique in the history of philosophy and, as such, deserves critical reflection to this day. 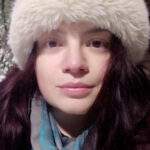 By Anja MilicPhD in Philosophy w/Science and Religion concentration in progressA Ph.D philosophy student, with a focus in science and religion, as well as ancient and medieval philosophy. I always look for ways to help incorporate philosophy into everyday life. I enjoy good stories through any medium and long walks.

Thomas Hobbes: Politics, Philosophy and Ideas
By Ngoc Nguyen, in Philosophy
What Is the Apollonian and Dionysian In Nietzsche’s Philosophy?
By Antonis Chaliakopoulos, in Philosophy