Heraclitus is one of the most influential Ancient Greek philosophers, known for the importance he placed on change and his view that fire is the fundamental substance of the universe. 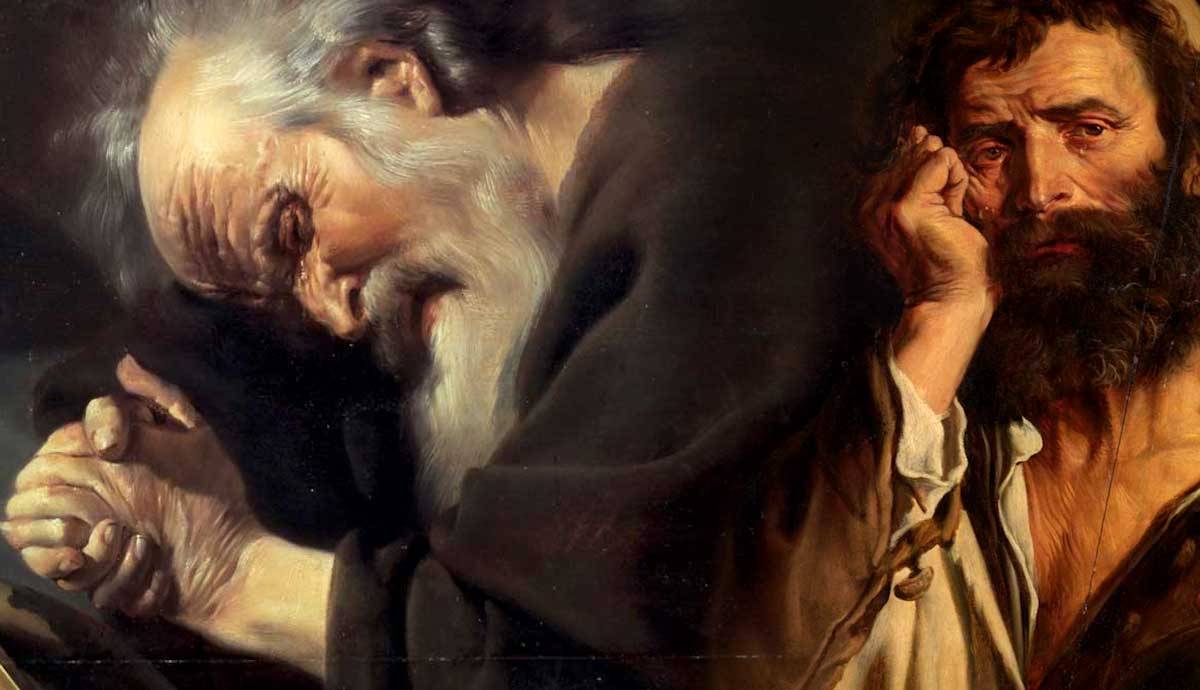 Heraclitus lived in Ephesus, Asia Minor (modern day Turkey), and was philosophically active around 500 BCE. He was said to have inherited the title ‘King of Ionia’, which he gave up to his brother. Ancient sources tell us that he wrote just one book, which he submitted in the Temple of Artemis. We do not have that work in its full form, and the hundred or so fragments which we do have do not express a great deal of unity, either stylistically or in terms of the topics addressed. How far we are still inclined to read unity into Heraclitus’ work remains a matter of some discussion, as does the accompanying, opposite concern for how far we can read obscurity, ambiguity and a disunity of sense into the work of Heraclitus’ which we do have. In any case, his work has had an undoubtedly important influence in the history of philosophy.

In terms of his philosophical influences, Heraclitus was aware of the work of fellow philosophers from Asia Minor, such as the Milesians (Thales, Anaximenes and Anaximander), as well as the work of Pythagoras. Yet writers both ancient and modern have found Heraclitus’ work belies categorization within any philosophical school or tradition.

Heraclitus is best known for three doctrines; the doctrine that things are constantly changing, that fire is the fundamental element or material of the world, and that opposites coincide. The underlying thought behind these three dogmas – that nothing is static, nothing is certain, not even the logical and semantic structures which most of us use as our firmest guide – has not been the dominant thought in Western philosophy since. Often, it is said that Parmenides’ – who stressed the fundamental oneness of things – was adopted as the model for Western thought, and Heraclitean approaches have always been suppressed or ignored.

Yet Heraclitus has continued to exert a strong influence on many of the most significant modern philosophers – explicitly on Hegel, Heidegger and Nietzsche to name just three. But to understand the influence Heraclitus has exerted on philosophy in recent times, it is essential to examine what we might call his philosophical disposition in more depth than his doctrines as such.

2. He Believed in the Obscurity of True Reality

This disposition can be understood to have two main components: his conviction in the obscurity of true reality, and his philosophical aesthetics. First, like many Greek philosophers, his approach was aristocratic in that he supposed the true nature of reality is obscure from ordinary people and, indeed, most prior philosophers. Heraclitus is especially polemical about his predecessors, showing open contempt for the wisdom of the great poets Homer and Hesiod, and the thought of Pythagoras.

“Of this Word’s being forever do men prove to be uncomprehending, both before they hear and once they have heard it. For although all things happen according to this Word, they are like the unexperienced experiencing words and deeds such as I explain when I distinguish each thing according to its nature and show how it is. Other men are unaware of what they do when they are awake just as they are forgetful of what they do when they are asleep”.

This notion of forgetfulness is an interesting one. In the context of developing an understanding, we might see this as characteristic of a kind of heightened sensibility, almost akin to a refined palette or good taste in some sensual context. Forgetfulness is a dullness of sensation as much as a dullness of the intellect. A similar thought can be found in Parmenides’ work, which also makes pains to deny the obviousness of true knowledge and proper understanding.

3. His Style of Writing Was Extremely Complex and Intricate

A second element of Heraclitus’ approach to philosophy worth addressing early is his style. Discussions of Heraclitus’ philosophical style, and specifically his perceived preference for obscure forms of philosophical expression rather than clear ones, has dominated receptions of his philosophy since ancient times. Nobody disputes that Heraclitus’ work is complex, and that whatever interpretative approach one favors understanding it is not a straightforward exercise.

One of the critical points of disagreement is whether Heraclitus’ deserves criticism for its obscurity, or whether Heraclitus’ style is in some way integral to whatever the overall purpose of his philosophy is, at least on his own conception. One of Heraclitus’ oldest critics was Aristotle, who observed that, in the passage quoted above, it is unclear when Heraclitus claims that “of this Word’s being forever do men prove to be uncomprehending” whether this means that it is the fact that being lasts forever that men fail to understand, or just that the fact of this Word’s being is forever being misunderstood.

The kind criticism offered by Aristotle hasn’t gone out of fashion. In fact, many philosophers – especially in the English-speaking world – put a great deal of importance on clarity of expression, where that partly refers to avoiding ambiguities and double meanings such as this. Philosophy, on this account, is an attempt to say something in a clear and precise way, or at least as clearly and precisely as possible. One way of accounting for this move is as a response to the abstractness and complexity with which philosophers have to grapple. It is perfectly possible to acknowledge that abstractness and complexity, and yet claim that this us every reason not to pursue clear or unambiguous forms of expression.

On this account, such forms are appropriate to the subject matter of philosophy, and an attempt to impose stylistic norms which are incoherent with that subject matter is liable to encourage less sophisticated thinking. Certainly, double meanings of the kind above are a part of Heraclitus’ overall style, as is the structure of his work according to those who knew it. Theophrastus, who read it in full, described it as seeming half-finished. Those influences positively by Heraclitus might say this is a mark of intellectual honesty, rather than a weakness of Heraclitean thought.

Equally, we should remain skeptical about Aristotle’s criticism of Heraclitus not only on the basis that abstraction or ambiguity in philosophical writing is often appropriate to the abstract or ambiguous nature of philosophy’s subject matter, but equally on the basis that indirect communication is legitimate if we accept there are a range of legitimate purposes behind reading or doing philosophy.

It is quite common to hear philosophy discussed as a kind of progressive discipline, where progress – albeit of a somewhat uneven, debatable kind – is being made. This view of philosophy appears to model it on the natural sciences, where knowledge accumulates over time as reality is revealed to us bit by bit (or so it might seem). But this is by no means how we must view philosophy; everyone has to develop philosophical understanding for themselves, and this process of acquiring understanding cannot simply begin from where others have gone before as it can in the sciences.

Equally, philosophy can aspire to more than encouraging contemplation. It can also hope to aspire action, to change the life of those who understand it. What counts as ‘direct’ communication will depend on the different purposes which contextualize a particular philosophy.

Moreover, a self-avowedly Heraclitean approach to philosophy has gained some prominence in recent years, of which Roy Bhaskar is the most prominent advocate. His approach, and those of his followers, has come to be known as “critical realism” and can be summarized in five positions. First, ‘transcendental realism’, replacing the question of ‘what is’ with ‘what would have to be the case’. Second, the most fundamental level of understanding reality is that of potential or capacity, not what we know or even what simply exists. Third, different strata of reality are autonomous from others to some degree, and so we need to differentiate the logics underlying those strata rather than striving for one, unifying logic. Fourth, reality is composed of open systems, meaning – among other things – we can never predict future events with perfect accuracy. Fifth, in the context of science, we should abandon talk of laws and focus instead on tendencies.

This is an incredibly brief summary of a developing philosophical movement, but even this brief description illustrates important things about how Heraclitus’ work has been received. In particular, we can see that the doctrine of flux, the doctrine of the unity of opposites, and both aspects of Heraclitus’ philosophical disposition are united in the critical realist outlook.

Emphasising the changing nature of reality, the possibility of violating apparently stable laws of logic, ambiguities of philosophical expression and the difficulty of philosophical endeavor all at once leaves one with a more tentative metaphysics, a fluid approach to a fluid reality. On this account, any explanation of how our theories about the world hook onto the world itself will not present them as an unerring mirror, but as a patchwork of irregular shards, partial, prone to change. This is a metaphysical approach which many people find extremely disturbing. Whether that counts against such an approach is an open question.

Panta Rhei: What Did Heraclitus Mean?