Aristotle’s ethical investigations remain one of the most well-known aspects of his philosophy; he looks at the virtues and how to apply them to living a flourishing life. 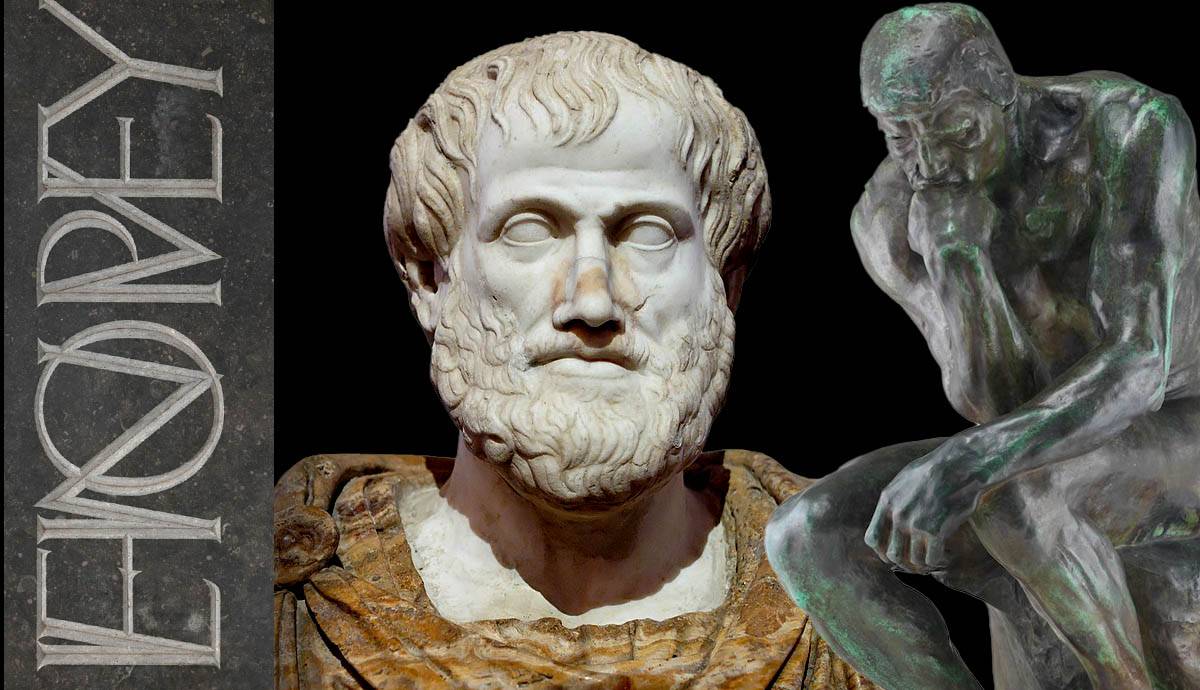 Aristotle had such an influence on western intellectual development, and especially philosophy, that for a time he was simply known as “The Philosopher” or “The Master”. In his book “The Dream of Reason”, Anthony Gottlieb writes that if Aristotle hadn’t actually existed, it would be pointless trying to invent him, as nobody would believe that such a man could have existed. The scope of Aristotle’s investigations is breathtaking. He wrote on ethics, politics, rhetoric, logic, poetry, all kinds of science – chemistry, physics, biology – logic, language and mathematics, and more. His work on science has since become obsolete, but his work on logic, rhetoric, and what is often called “virtue ethics” is still widely studied today.

The Life and Works of Aristotle

Aristotle was born in the Greek kingdom of Macedonia around 384 BC, near the city of Thessaloniki. His father was a physician to the king of Macedon and much of Aristotle’s early education was in medicine and biology – a subject that would fascinate and influence him for the rest of his life. When he was about eighteen years old, he went to Athens to continue his education at Plato’s Academy. When Plato died around twenty years later, he left Athens to tutor Alexander the Great in Macedonia, before returning to Athens again and establishing his own school, the Lyceum. It is during this later period of his life that Aristotle lectured on and wrote many of his most famous works in philosophy and science, including the Physics, Metaphysics, Politics, and Nicomachean Ethics.

There are two books that outline Aristotle’s views on ethics. Both appear to be compilations of notes from the “walking lectures” that Aristotle gave most afternoons in and around the Lyceum and both contain roughly the same material. The most widely known and read is the Nicomachean Ethics, which takes its name from Aristotle’s son, Nicomachus, who edited the book. The other book is the Eudemian Ethics, again named after its editor. The fact that Aristotle wrote a book entirely on ethics was itself innovative. Other philosophers – Plato in the Republic and Socrates generally – did discuss ethics and moral issues but usually in the context of wider works. Perhaps it was Aristotle’s training in biology that led him to classify and dissect each topic to see how it worked; this is the method he used with ethics as well.

As a starting point for his ethical inquiry, Aristotle considered what the good was. He wasn’t satisfied with Plato’s conception of the good because it was too abstract, too neat, and all-encompassing. How could one concept of “good” cover everything from a good house to a good horse to a good human life? Moreover, such an abstract idea of the good was of little practical use. Aristotle took a more scientific approach to grasp the meaning of a good life. This required studying both human character as well as the conditions and circumstances that made a life, as a whole, well-lived. For this, as with Aristotle’s other investigations, he began his analysis by thinking about causes and purposes.

The Four Causes in Aristotle’s Philosophy

In both his philosophy and science, Aristotle analyzed things in terms of four causes. These are not causes in the way we currently think of them and are closer to different explanatory aspects of what is being researched. The first is the material cause, which corresponds to what something is made of. The second is the formal cause which stands for the structure or blueprint of a thing. The third is the final cause, which indicates what the purpose or aim of something is. And the final is the efficient cause, which leads us to ask what started, changed or created the thing in question. The third cause, called the telos, is the most useful in understanding Aristotle’s philosophy. For his ethics, Aristotle posed the following question: what is the aim, the telos, of a human life?

Aristotle and the Concept of the Flourishing

Aristotle’s answer was that “eudaimonia” was the goal or telos of human life. Eudaimonia is a Greek word that doesn’t have a direct translation in English. Sometimes it is translated simply as happiness, but this can be misleading and a closer translation would be “flourishing” or perhaps “well-being”. Flourishing is best understood by thinking about plants. When a plant has good soil, enough sunlight, and water, it is full of life, grows stronger, and reaches its full potential. When these conditions are not met, the plant’s growth is stunted.

It is easy to see what eudaimonia is for a plant, but for a person, it is a little more complicated. It can’t just come down to the simple everyday things that we think we want or need to do – catch the bus, earn a living, eat lunch, physical intimacy – as all of these are temporary and don’t give life much substantial meaning. So, Aristotle comes to the same conclusion as Socrates: living a virtuous life guided by reason is what leads to eudaimonia.

Because eudaimonia is the telos of all human life, it is not a means to an end, but an end in itself. The kind of happiness that comes from a state of eudaimonia is closer to contentment and it is quite distinct from pleasure. In his philosophy, Aristotle doesn’t deny that pleasure is important; in fact, he says that if we aren’t getting pleasure from life, we can’t flourish. However, he says that pleasure is the result of living well, and can’t itself be a purpose. He considers whether honor or fame bring contentment, but he dismisses these as they are out of the control of the individual. True eudaimonia is self-contained and should be achievable independently of the honors bestowed by other people.

Aristotle also dismisses wealth, as although it is necessary for its usefulness, it is not sufficient for true flourishing. Aristotle concludes that eudaimonia is reached by having an active life that develops our natural capacities and talents as specific individuals, but also as humans, to their fullest. To be the best human is to be the most virtuous. To become virtuous a person has to use reason to recognize, learn and apply the virtues.

In his ethics, Aristotle is not trying to convince the moral skeptic of the need to be virtuous, as Plato sets out to do in the Republic. Instead, he is talking to people who already have some interest in and some experience with ethical reasoning, and so he focuses on discussing how to use reason to understand and practice virtue. Aristotle divides virtues into two types: moral virtues and intellectual virtues. It is the moral virtues that we are interested in here as they are the foundation of a good life.

Aristotle thought that in the sphere of action, moral virtues sit between two opposing vices. On one side the vice is an excess of that characteristic, and on the other, there is a lack of it. The typical example is of courage, where a lack of courage is cowardice and excess is foolishness or rashness. Another example is generosity, where the excess is to be wasteful and the lack to be greedy. This is one of the most famous parts of Aristotle’s philosophy: The Golden Mean. By using this principle and reason we can discern, define and categorize the virtues.

The Practice and Application of Virtue

However, Aristotle didn’t think that you could learn moral virtue just by using reason. He differentiated between the theoretical knowledge of the right thing to do and the practical ability to do the right thing. This means that in addition to being educated in the virtues while we are growing up we also have to practice using the virtues – doing the right thing – until they become second nature and pleasurable. Aristotle didn’t think we were necessarily born good or bad; he recognized the importance of nurturing good habits in leading an ethical and, ultimately, happy life.

You can’t become more patient just by learning that it is the right thing to do, you have to put what you learn into practice in real-life situations. You only become more patient by trying to be so in situations where your patience is challenged. Reason can guide you, but you still have to take action. This leads us to another role reason had to play in practical virtue.

Unlike later religious thinkers, Aristotle recognized that there were few absolutes in ethics. There were no absolute rules of how to behave that could cover all possible situations and such a list would be of little practical use anyway. What Aristotle provides us with is an ethical framework, a kind of heuristic, which can then be applied in different situations. Aristotle thought that the golden mean of any given virtue was different in different circumstances.

It might be appropriate to be more or less angry depending on the situation, and the appropriate level of anger can only be determined on a case-by-case basis. That means we have to use reason to judge where the golden mean is in a particular context. Modern behavioral psychology suggests we don’t consider context enough, especially when reasoning about other people’s behavior, which Aristotle’s way of thinking can help counteract.

The Legacy of Aristotle’s Ethical Philosophy

Aristotle lived in a society quite different from ours, and some of the social tenets and norms he endorsed are disagreeable by contemporary standards. Still, his ethical ideas can be relevant and useful even today. In recent years, Aristotle’s virtue ethics has been rediscovered as an alternative to Kant’s deontological and Mill’s utilitarian moral thinking, not to mention the more absolute ideas about right and wrong common to religious thought. More than that, Aristotle’s focus on developing moral character and striving for eudaimonia is a refreshing take on living the good life that contemporary society, overly focused on the faux virtues of economic success and materialistic achievement, could learn a lot from.

While Aristotle’s ethics might seem a little self-centered, he believed that practicing the virtues would not only lead to us reaching our full potential as individuals but would also create a better society, as these two aspects aren’t separable. In this way, the idea that man is a social animal is carried through from Aristotle’s Ethics to his Politics, something that will be explored in future articles.