HomePhilosophyThe Philosophy of Death: Is it Rational to Fear Death?

In this article we consider Greek philosopher Epicurus’ reasons as to why we should not fear death, as well as some contemporary opinions on the philosophy of death. 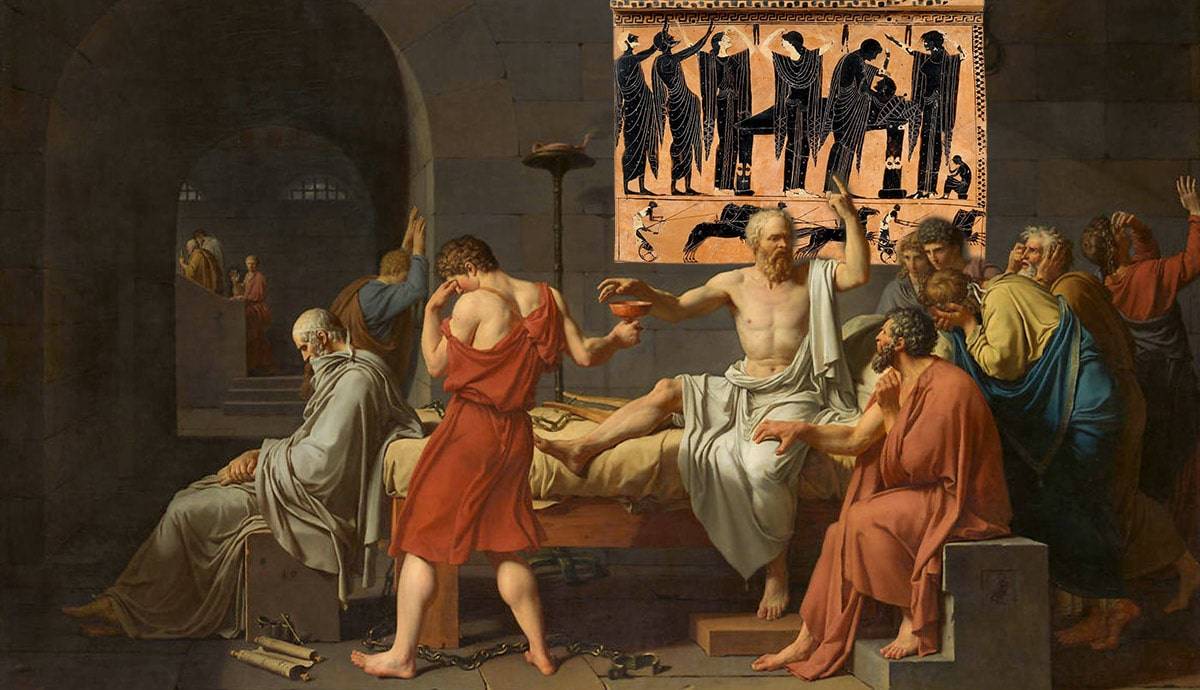 Each of us has our own philosophy of death, our own thoughts about what it is to die and whether we should fear our end. In this article we explore the views on death of Greek philosopher Epicurus (341-270 BC), who proposed that we have no good reason to fear death and that we must relinquish our fear in order to live a happy life. We then consider the views of Thomas Nagel (b.1937), a contemporary philosopher whose views on the subject have proved influential.

Philosophy as Preparation for Death

Let us go back in time, to a place where philosophers roamed the earth. We find ourselves in classical Athens, in a period where Socrates, Plato, Aristotle and of course Epicurus lived and breathed. This was a time of great intellectual accomplishment and it was to form the bedrock of philosophy until this day. We are fortunate to have many surviving works of Plato, who wrote about the life and philosophy of Socrates in a series of dialogues. In one such Dialogue, entitled Phaedo, he reiterated Socrates’ philosophy of death:

“… the true philosophers are ever studying death; to them, of all men, death is the least terrible.”

Epicurus was born approximately seven years after Plato died and began his philosophical journey at the age of fourteen as a revolt against his teachers. He moved to Athens at the age of eighteen at the time Aristotle (a student of Plato’s Academy) was teaching at Chalcis, about eighty kilometres north of Athens. It was in Athens that Epicurus strayed from the esoteric teachings of Plato and formed his own naturalistic view of the world, which he published in hundreds of manuscripts (of which almost none survive and of which we know about through his disciples’ writings and historical documents).

Epicurus proposed that the world was made up of atoms (over two thousand years before they were shown to exist) and that the universe was infinite. He rejected Plato’s claims about the afterlife, believing that the soul dies with the body. He also encouraged a form of pleasurable living that was rejected by the Stoics, who thought his way of life was degenerate. Epicurus proposed that pleasure (defined as a lack of pain and mental disturbance) was the goal of life. But to achieve that goal we needed to rid ourselves of fear, especially the fear of death.

Is it Rational to Fear Death?

Epicurus believed that our fear of death is the worst fear we face in life because it pervades our thoughts while we are alive. According to Epicurus our fear of death stops us from living. To live properly and happily we must rid ourselves of the fear of death. But how do we do that?

Most of what we know about Epicurus’ philosophy of death comes from a surviving letter of his to one of his students, Menoeceus:

Accustom thyself to believe that death is nothing to us, for good and evil imply sentience, and death is the privation of all sentience; therefore a right understanding that death is nothing to us makes the mortality of life enjoyable, not by adding to life an illimitable time, but by taking away the yearning after immortality. For life has no terrors for him who has thoroughly apprehended that there are no terrors for him in ceasing to live. Foolish, therefore, is the man who says that he fears death, not because it will pain when it comes, but because it pains in the prospect. Whatsoever causes no annoyance when it is present, causes only a groundless pain in the expectation. Death, therefore, the most awful of evils, is nothing to us, seeing that, when we are, death is not come, and, when death is come, we are not. It is nothing, then, either to the living or to the dead, for with the living it is not and the dead exist no longer.

For Epicurus’ argument to be persuasive you would need to accept at least two assumptions in his view, namely:

If you accept both assumptions, you probably will agree with Epicurus that it is irrational to fear death. If you disagree with the first assumption (if you believe in the life of the soul after death, for example) you may find yourself seeking answers within theology about whether death should be feared.

Things become interesting if you dispute the second assumption.

Is Death a Harm?

Imagine you land a new job and are invited to a company party. You are having a nice time talking to the host, enjoying the atmosphere and the food provided. At this moment you assume that everything is going well. However, in the back room – away from earshot – your old work colleague Dave, who you invited as your plus-one, is telling the other guests about how much of a loser you are. Dave is eager to tell these people how slack you were in the old job and how everyone at the old job secretly despises you. At this moment your reputation among your new work colleagues is tainted, even though they keep their mouths shut around you and you never find out that Dave spread rumors about you.

The question is, have you been harmed?

Thomas Nagel, a contemporary American philosopher, argues that ‘yes,’ you have been harmed even though you do not experience the harm. We can think of many examples that may apply here, such as your partner cheating on you without you ever knowing. In such instances, he proposes that you have been harmed. What exactly about you is harmed is a question that could be asked, whereby the answer seems to depend on your view of personal identity. If you think that you are your thoughts and your body in the present moment, Nagel’s argument probably will not be persuasive since you do not experience the harm directly. This is the type of view that Epicurus seems to take.

However, if you think of yourself as a kind of narrative or story stretched over time, like Nagel seems to, then ‘you’ are your story, even if parts of your story are not known by you.

How does this apply to the philosophy of death? For Nagel, death is a harm because it deprives us of life which he believes is intrinsically good. He states in his book Mortal Questions in a chapter titled Death that “All of us, I believe, are fortunate to have been born.” It is from this conviction about the value of life that he builds his argument for why death is a harm:

“If we are to make sense of the view that to die is bad, it must be on the ground that life is a good and death is the corresponding deprivation or loss [of that good]”

Nagel, unlike Epicurus, thinks that we are harmed by death because “the time after his death is time of which his death deprives him.” In other words, death deprives us of more life. It is for this reason that we step away from oncoming traffic and for why we mourn the death of a young person more intensely than that of an elderly person. However, the implications of Nagel’s deprivation view are endless. How can we psychologically deal with our own impending death? Should we seek out immortality? Nagel’s philosophy of death, for better or for worse, puts the fear back into death.

Towards a Philosophy of Death

One’s answer to the question ‘is it rational to fear death?’ will determine a large part of their philosophy of death. To begin, we can ask which view is more reasonable, Nagel’s or Epicurus’s?

One could question Nagel’s view that life is intrinsically good, or one could question whether we fear death itself, or if we fear the broader impacts and circumstances of our death, thus challenging Epicurus’ view. Perhaps, as is often the case, the answer lies somewhere in the middle. Could there be a way to dislike death and yet not fear it? Could we accept death in a way that allows us to live happy and fulfilling lives? That is up to us to determine, as we each form our own philosophy of death.