HomeAncient HistoryHow Far Did Austronesian Influence Spread Outside of the Pacific?

How Far Did Austronesian Influence Spread Outside of the Pacific?

About 4,000 years ago the Austronesian family emerged in Taiwan and then migrated into the furthest stretches of the Pacific, and its lasting impact went beyond the fringes of Oceania. 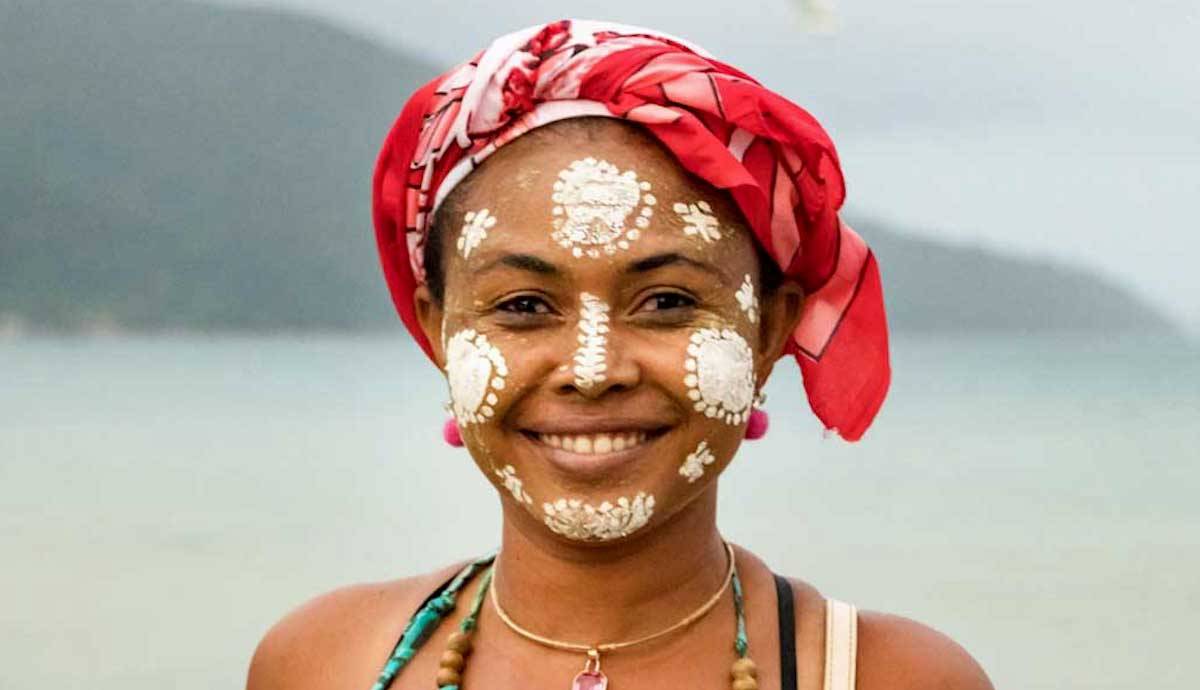 Before trying to answer the question of Austronesian influence outside of the Pacific, let’s have a look at who the Austronesians were. No living society today is an exact copy of what developed in Taiwan around 4,500 years ago and became known as the Austronesian culture. Linguists coined the term ‘Austronesian’ to describe similar Asian and Oceanic languages under one cultural family lineage. It is hard to define precisely what is an Austronesian culture. Still, looking at genetics, language, and archaeology, makes it easier to show what was exceptional about this cultural complex.

The Austronesian culture developed in the Neolithic period of Taiwan with a unique set of material cultures distinctive from what came before. This included red-slip pottery, which would be a signature part of tracking their spread outside their homeland. However, perhaps the best way of tracing these lineages comes from studying their genetics and languages.

Studies into the Austronesian language family found that its tendrils stretched halfway around the world, from Madagascar to Easter Island and Taiwan to New Zealand. It is the founding ancestral language of Polynesian and dialects in Melanesia, Micronesia, Island Southeast Asia (ISEA), and other parts of the Indian Ocean.

Genetic studies have shown that the Austronesian peoples are not just diverse. They have spread far around the world into places that archaeology and language might not leave an imprint on. This includes studies that analyzed similarities between DNA attributes, including Y-chromosomes and mtDNA haplogroups.

The appearance or absence of specific signatures in a cultural group’s DNA can allow a timeline of settlement to be built up and placed on a map to measure the spread of the Austronesian culture. For example, a study published in 2015 applied this method of analysis to DNA from settlements in Madagascar and concluded they were related to Austronesians in Indonesia.

Archaeology adds to the richness of the previously established facts put forth by the language and genetic studies on the extent of the Austronesian spread outside of the Pacific.

An article published in 2016 reported on the agricultural archaeology being uncovered in the earliest layers of settled Madagascar. They found that during the same period, it was rare to see Asian crop imports, including pearl millet and rice, but on the offshore island it was drastically more common, suggesting the close networks back to their homelands. This type of physical record is rare for the island and highlights the need for more work.

Red-slip pottery in ISEA helped map the spread of those still practicing the technology.  A 2017 paper reported on sherds found in Northern Sulawesi dated to 2,000 – 1,800 BP and is a sign of their expansion westwards. Pottery also shows how far south they went into the mainland of Papua New Guinea (PNG). In a 2015 article, pottery along the north coast of PNG showed Austronesian culture influencing the highland Papuan cultures. Moreover, in 2010 pottery found along the south coast of PNG at Caution Bay showed Lapita pots found further south than previously recorded.

Describing the Spread Outside of Oceania

The Austronesian culture spread out of their homeland of Taiwan around 4,000 years ago and moved east over the next thousand years. There, the Lapita culture complex was born from the intermixing of Papuan peoples in the Bismarck. They introduced technologies such as pottery, stilt housing, and new types of agriculture, transforming the lives of the Papuan people.

Around 3,000 years ago, Austronesian peoples migrated westwards as they expanded their cultural sphere into ISEA. Pottery studies show that, like in the Bismarck, these islands were home to many different cultural groups leading to an intermixing of various Asian cultures. This saw the development of new pottery styles or an introduction of new technology like those seen in the Pacific.

These migrations continued across the Indian Ocean until ancestors of the Austronesian peoples settled Madagascar 1,300 years ago. By this time, the people who came to reside on the large African island were different from those who left Taiwan, but their language and genetics kept their origins safe. They took some Asian imports, such as rice and millet, but also interacted with African coastal settlements leading to the birth of the Malagasy culture.

Looking towards the south, the Austronesian descendants spread into the Pacific as far as Hawai’i and Rapa Nui. Looking at the archaeology; evidence suggests that Polynesians contacted South America as well.

For example, sweet potato’s presence in Oceanic peoples’ diet only came about with direct contact from Mesoamerica, where it was domesticated. Whilst the Polynesians might have exchanged their domesticated chickens in return.

Another study looked at the genetics of South Americans and residents living in the South Marquesas archipelago, finding that DNA intermixing suggested interactions between cultural groups.

How Far Did Austronesian Influence Spread Outside of the Pacific?

So how far did Austronesian influence spread outside of the Pacific? What we have highlighted shows a width of influence stretching from the coastline of Africa all the way to the coast of South America.

The Austronesian influence was a slow process and occurred over three thousand years as the initial travelers from Taiwan moved into the Pacific, contacting Papuan peoples, or colonizing distant Remote Oceanic islands. Following this, their ancestors moved further afield both westwards deep through Indonesia and as far as Madagascar. And as far south as South America where they exchanged technologies and adopted a staple sweet potato recipe which became iconic to their Polynesian pallet.

This very broad look at the Austronesian spread and influence outside of the Pacific suggests that more work can be done to explore this question further. On the fringes of its expansion one can start to see how connected these parts of the world were, even 4,000 years ago.

Polynesians in Antarctica: Were They the First?