How did Bertrand Russell’s paradox shake the foundations of mathematics and logic? 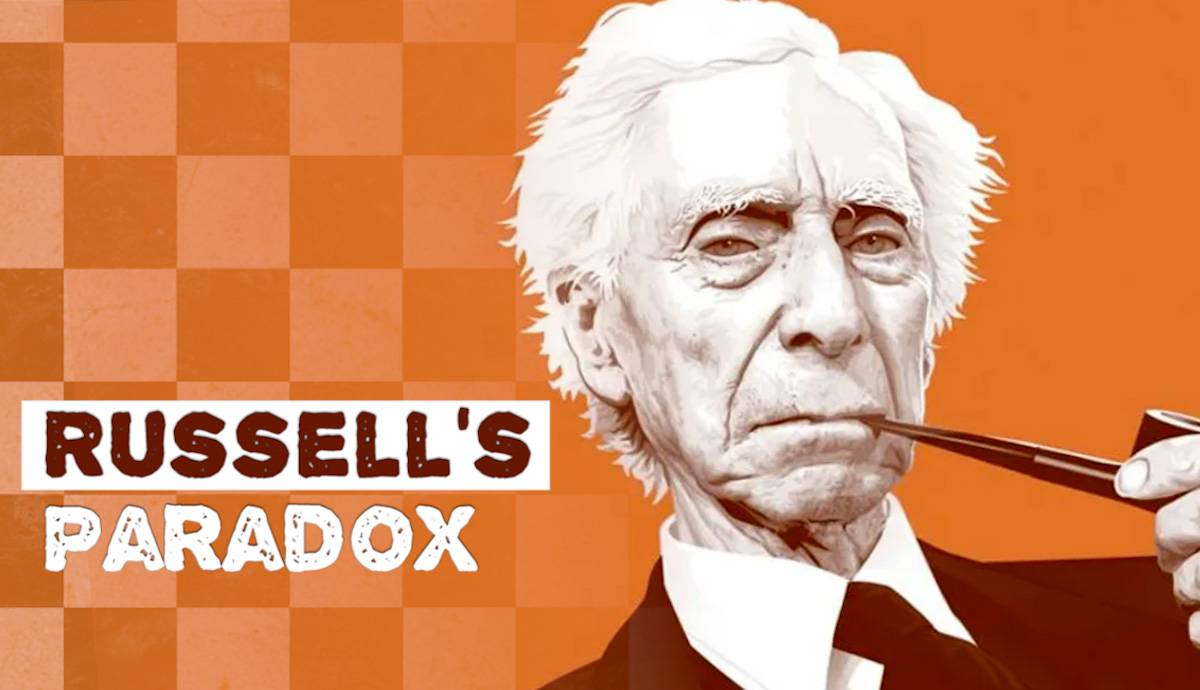 Bertrand Russell, one of the most influential mathematicians, logicians, and philosophers of the 20th century, gives his name to one of the most famous and influential logical paradoxes of the modern period. Whereas some of the ancient paradoxes, most famously those developed by Zeno, are concerned with problems of logic or reasoning as such, Russell’s paradox is a problem for a more limited set of theories in logic, in particular those which are known as ‘naïve set theories’. In this article, we will explore this paradox, the historical context in which it appeared and its consequences on philosophy and logic.

As we already mentioned, Russell’s paradox concerns naïve set theory. ‘Naïve’ here isn’t pejorative, but merely serves to distinguish them from axiomatic theories (which precede from axioms defined in formal logic). Formal logic here refers to any attempt to examine arguments and reasoning which involves rendering them in formal languages, which are artificial and created specifically for the purpose of studying reasoning and arguments. This is in contrast to informal logic, which studies arguments and reasoning by focusing on natural languages, like English.

Naïve set theories begin with informal definitions; those we find in natural languages, and not the formal logical languages which mathematicians or logicians (philosophers who study logic) invent for themselves.

The Crux of the Paradox

This might seem like a harmless curiosity of natural expression, and it might seem to solve the problem to simply reply: ‘no such barber can possibly exist’. However, this paradox is not harmless as far as logicians and mathematicians are concerned. In fact, although some of the implications of the paradox are still disputed. The immediate consequences included the discovery of a major vulnerability in the most promising attempts to underpin mathematics using formal logic.

Bertrand Russell developed Russell’s paradox broadly in response to the work of Gottlob Frege, a German mathematician, logician and philosopher. Specifically, Russell raised the paradox as a response to the concept of sets used by Frege in the articulation of his overall, lifelong project, which was an attempt to show that mathematics was reducible to logic.

There isn’t space to cover the precise function of the set within Frege’s overall project here, but we can succinctly summarize his theory of sets as follows. For Frege, sets correspond in relation of one to one with properties. There corresponds to each property a set of things which have said property. For instance, the set corresponding to the property of ‘being the winner of the 2021 Men’s Ballon d’Or’ would have one member, namely Lionel Messi. What we must bear in mind about this theory moving forwards is that it adheres to what has come to be known as the ‘unrestricted comprehension principle’. To put it simply, that principle holds that for any property, there is a set of all and only the objects which have that property.

Not all sets are as straightforward as the examples we just mentioned, and it is important to observe some of the philosophical issues raised by this conception of sets. Consider the question of what is contained within the set corresponding to the property of being red, i.e the set containing all red things. There are not infinitely many things in the universe, and so the set is not infinitely large. It is hypothetical, given we do not know of every red thing, and we may not even in principle know of every red thing. Is such a set conceivable? Is it imaginable?

Our theory of color is certainly a factor. How we conceive of this set, if we can conceive of it, will surely depend on whether the quality of being red is determined by facts about human language, human perception or other ‘cognitive’ faculties, or whether red is a natural property. Indeed, to distinguish language from cognition from nature in this way would be inadmissible to many philosophers. Ever finer points of argument are liable to arise when we attempt to characterize sets and properties in this way.

Whatever the issues with Frege’s theory of sets, it does avoid problems which befall other theories of sets, and in any case it has an important role to play in Frege’s overall theory. So, what was the problem which Russell posed for Frege’s theory? It turned on the notion of sets which are a member of themselves, and a possible contradiction they posed for Frege’s way of thinking about sets.

A Problem of Comprehensive Classes

A Word on Frege

Before moving on, it is worth putting in a word for Frege, both as a philosopher and as a human being. Frege’s project of reducing mathematics to logic was, undoubtedly, unsuccessful. Yet Frege was far from a philosophical failure. Over the past century or so, he has proven to be one of, if not the, most important philosophers of logic, mathematics and language.

Michael Dummett, a prominent philosopher in his own right, takes the view that all ‘analytic’ philosophy, the dominant strand practiced in English speaking universities, should really be called ‘Post-Fregean philosophy’, so influential was Frege on the course of its development. Russell brought the paradox to Frege’s attention just as the second edition of Frege’s Basic Laws of Arithmetic was going to the press.

Frege was known for his affability and sense of collegial duty. He is responsible, among other things, for Ludwig Wittgenstein’s decision to work with Russell at Cambridge. This paradox, as Frege must have known, threatened to undermine not just his entire book, but the project to which he had devoted his entire productive life. It is worth emphasizing how astonishingly magnanimous Frege’s response was, which Bertrand Russell himself described thus:

“His entire life’s work was on the verge of completion, much of his work had been ignored to the benefit of men infinitely less capable, his second volume was about to be published, and upon finding that his fundamental assumption was in error, he responded with intellectual pleasure clearly submerging any feelings of personal disappointment. It was almost superhuman and a telling indication of that of which men are capable if their dedication is to creative work and knowledge instead of cruder efforts to dominate and be known”. It is difficult to begrudge such a person’s continued intellectual importance and standing among philosophers today.

The Significance of Russell’s Paradox: We Can Infer Anything from a Contradiction!

The significance of Russell’s paradox can be felt when we realize that anything follows from a contradiction, which is not obvious at first glance. It is hard to demonstrate this here, but follow this basic framework from classical logic:

If P is true, then it is necessarily true that one of P or Q (some other sentence) are true; after all, we know P is true already, so even if Q is false, one of the two sentences is true, so one of P or Q is true. But given we are also assuming that not-P is true, and we have shown that one of P or Q is true, we are bound to say that Q is true. This is insane and must not happen! We have no idea what Q is; it could be a completely nonsensical or utterly implausible sentence, and yet we would be bound to say that it is true according to the most basic laws of logic. Such is the power of the contradiction.

A range of responses to Russell’s paradox have been offered. One of the more natural solutions was offered by Russell himself. Russell’s own response, developed along with A.N Whitehead, seeks to avoid the paradox by arranging all sentences into a kind of hierarchy, and holding that it is possible to refer to all objects under a given condition only if they are of the same level or type. The stated purpose of this is to avoid so-called ‘vicious circles’ which arise from what they describe as, “a collection of objects may contain members which can only be defined by means of the collection as a whole.”

This general strategy arises from the view that no function can be applied to objects presupposing the function itself. This therefore constitutes a kind of hierarchy of operation, which allows us to retain what is useful about the notion of the set. This is not the only viable approach. David Hilbert, for instance, takes what is known as the ‘formalist’ view, which advocates using only finite, well-defined objects. A final approach, that of ‘intuitionism’, developed by Luitzen Brower, holds that one cannot assert that a mathematical object exists unless one can describe the procedure by which it can be constructed.