Blending humor and art, Mankoff has a lot of wisdom to offer in terms of persistence and creativity. Here, we’re exploring five interesting facts about the beloved cartoonist. 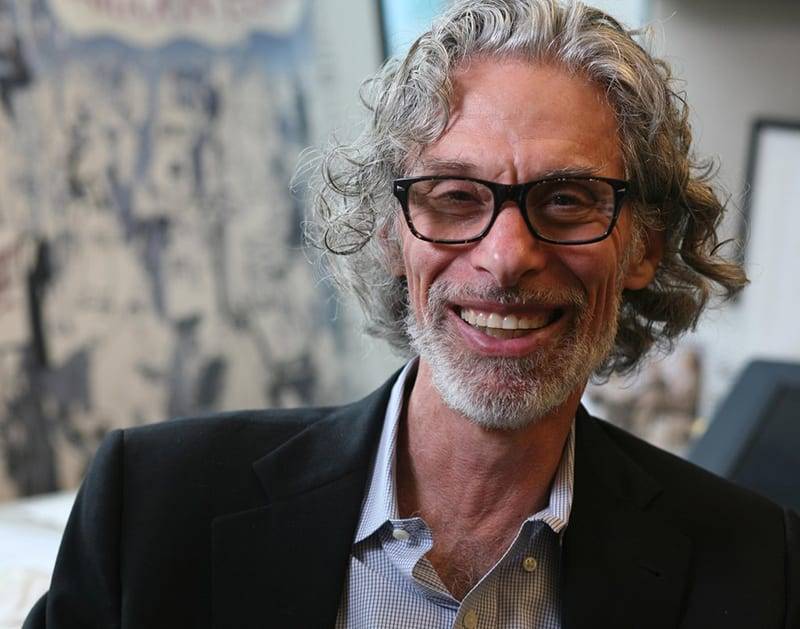 If you’re a cartoonist, getting published in the New Yorker is the ultimate prize. Bob Mankoff is one of those cartoonists who’s made a name for himself with his signature style and witty captions.

Blending humor and art, Mankoff has a lot of wisdom to offer in terms of persistence and creativity. Here, we’re exploring five interesting facts about the beloved cartoonist.

Mankoff submitted more than 2,000 cartoons to the New Yorker over three years before being published for the first time.

In her book called Grit, Angela Duckworth talks about people’s willingness to persevere toward a passion and mentions Roz Chast, who is also a celebrated New Yorker cartoonist. She states her rejection rate is 90%.

When Duckworth asked Mankoff if this rejection rate was typical, he told her that Chast is an anomaly. But not because of the reason you might think.

Chast is an anomaly in the cartoon industry because most cartoonists experience much higher rejection rates. Even the contracted cartoonists at his magazine collectively submit around 500 cartoons per week and there’s only room for 17 of them. That means the rejection rate is more than 96%. And that’s when you’re contracted and much more likely to be published!

This should give you an idea of how hard it was for Mankoff himself to break into the industry.

Mankoff always liked to draw but he never had a single passion. He attended the LaGuardia High School of Music and Art (famously depicted in the movie Fame) and was intimidated by the “real drawing talent” he saw there.

After graduating, he enrolled at Syracuse University to study philosophy and psychology, putting his drawing on the back burner for three years. In his final year at college, he bought a book by Syd Hoff called Learning to Cartoon.

That year, he drew 27 cartoons and submitted them to various magazines around town. They were all rejected and the advice he got was, ‘draw more cartoons.’ To avoid being drafted into the Vietnam War, Mankoff enrolled in a graduate program studying experimental psychology but this time he kept up with his drawing in between his research.

For three years, from 1974 to 1977, Mankoff would submit more than 2,000 cartoons to the New Yorker only to receive 2,000 rejection letters. That is until he found his now-signature style.

Mankoff knew he was funny, so he experimented with stand up as well as cartooning.

As we’ve seen, Mankoff had a rather “touch and go” relationship with drawing during high school and college, but he always had a sneaking suspicion that he was a funny guy. While he was in graduate school and practicing his cartoons, he was also pursuing stand up comedy. He knew he wanted to be either one or the other.

During the day, he would write his stand up routines and at night, he would draw. Over time, one of these interests became more and more appealing, while the other became less interesting and started to feel more like a chore. We’ll let you take a guess at which one he chose.

So, what eventually made the New Yorker notice Mankoff’s cartoons? His success came after he took matters into his own hands. After giving up on stand up and focusing on drawing for two years, he would have little wins from other magazines. But, instead of trying the same thing over and over with no success from the New Yorker, he took to the library.

He looked up all the cartoons that have been published in the New Yorker since 1925 and tried to figure out where he was going wrong.

His drawing skills were up to par, his captions were the right length and had the right amount of sarcasm, but what he found in common with all of these successful cartoons were two things: they all made the reader think and each artist had their own style.

It was after all this research that he tried his dot style. Mankoff originally tried it in high school after learning about the French Impressionist Seurat’s pointillism technique. In drawing, it’s called “stippling.”

On June 10, 1977, one of Mankoff’s cartoons was finally published in the New Yorker. By 1981, the New Yorker offered him a position as a contracted cartoonist and well, the rest is history.

Mankoff’s cartoon captioned “No, Thursday’s out. How about never — Is never good for you?” is one of the New Yorker’s most reprinted cartoons.

After his tumultuous journey to getting published in the New Yorker, this cartoon became one of the most famous and most widely reproduced cartoons the magazine ever published. Its caption also the title of his best-selling autobiography and memoir.

These days, Mankoff runs several other organizations along with his role as the humor and cartoon editor of Esquire. His 40-year career in cartooning is as impressive as it is diverse.

In 1992, he began a cartoon licensing service called The Cartoon Bank, now known as CartoonCollections.com . A pioneer in developing the New Yorker’s digital presence.

For 20 years, Mankoff served as the cartoon editor for the New Yorker and in 2005 helped start the New Yorker Cartoon Caption Contest. In total, he has had over 900 cartoons published in the esteemed magazine.

From Mankoff, we can learn about humor and satire to be found within art and captions. We can also learn about grit and perseverance in his rise to success. And as an advocate for all things digital and AI, who knows what projects he’ll be onto next.