Cannibalism, the act of eating the flesh of one’s species, is woven into legends and folklore around the world, and features prominently in Greek mythology.

Cannibalism in folklore and legend exists worldwide, appearing more frequently than one might imagine. It has even made its way into fairy tales and literature written exclusively for children. The fairytales of Hansel and Gretel, Snow White, older versions of the Little Red Riding Hood, and many other stories revolve around hunger, cooking, and cannibalism.

These stories existed as folktales long before being written down, and their inspiration came from oral traditions. The gruesome details in the older versions of these tales eventually transformed into happier ones that children hear and read today. Cannibalism in these tales conveys specific messages related to those cultures, such as family disputes, moral lessons, outsider/insider status, so each version opens a window into the past.

In Greek mythology, cannibalistic acts appear to have diverse motives. It could be to avert diseases, or be motivated by revenge or hatred. Sometimes it explains cosmic events, or is the direct consequences of extreme vengeance.

Cannibals in Greek Mythology: The Story of Cronos and Zeus

Before Zeus was born, his parents Rhea and Cronus had five children. But the family had a gruesome secret. Cronus devoured each child as soon as Rhea delivered them. He was fearful of his newborns because of a prophetic warning that one of his children would one day overthrow him. He was rightfully worried about sharing his own father’s fate: he had castrated his father Uranus and defeated him.

Desperate to save her children from being swallowed, Rhea consulted Cronus’ mother Gaea for help. They hid the 6th child Zeus on the island Crete and tricked Cronus into gulping a rock wrapped in baby clothes. Zeus matured, forced his father into disgorging the swallowed children, and dethroned him with his reincarnated siblings. This ten-year war between the two generations is known as the Battle of the Titans.

While Freud’s psychoanalytic concept “castration anxiety” calls attention to a boy’s fear of his father, this myth also engages with a father’s fear of his children. The conflict between young and old, jealousy and fear of impotency lead to the permanent solution of cannibalism. Cannibalism ensures that Cronus, also known as the cosmological double of Chronos (time), devours everything to survive just as time disposes of all. Ruben captures Cronus and his relation to time clearly, by depicting him with a white beard, a frail body, and staff.

Savage mythologies render paternal cannibalism natural since they help explain cosmic events and the metamorphoses of nature. The child (Zeus=future) poses a threat for the father (Cronus=present). No matter how ferocious the father is, the present cannot stay in the way of the future. Carl Jung associates the role of the psychoanalyst with Cronus. He declares:

“It is the analyst’s job to dismember and “eat” the patient’s psychopathology, while regurgitating the psyche whole and undiseased.”

The Myth of Tereus, the King of Thrace

Different versions of this myth, which involve horrifying events, exist from the ancient era through the Alexandrian period. Ovid and Apollodorus provide the most extensive description of the story concerning a gruesome act: cannibalism motivated by hate.

King Tereus is married to Procne but kidnaps and rapes his wife’s sister Philomela. He confines Philomela in a derelict building, guards against her escape, and makes sure that she cannot talk: he pulls her tongue out with a pincer and cuts it off. Philomena, unable to speak, weaves Tereus’ violent acts on a tapestry to alert her sister Procne. In retaliation, Procne kills their only son, cuts up his body, and serves it to Tereus as a solemn dinner. Tereus learns the truth when Procne rolls Itys’ head on the table towards him with joy.

Tereus was an aggressor, driven by his desire for power over Philomena. Not only did he mutilate her tongue, but also her genitals (rape) and eyes (confinement). Itys, as Tereus’ successor, became a “surrogate Tereus” in the eyes of Procne. Tereus violated his marriage, and Procne felt that forcing the fruit of their marriage, i.e., Tereus’ future self, back inside him would serve justice. To annihilate Tereus, Itys had to be ruined.

In some versions of the myth, the gods transform Philomena into a nightingale, Procne into a sparrow, and Tereus into a hoopoe. Philomena’s metamorphosis into a bird with a beautiful voice finally relieves her suffering. But in other versions, instead of Philomena, Proacne turns into a nightingale, which is also coherent with the storyline: she killed her son and is damned to endlessly singing a sad song, lamenting her crime. Nightingale references are found throughout Greek poetry. The tragedies of Sophocles, Euripides, and Aeschylus contain passages of the charming but painful songs of the nightingale. Whether a nightingale or a sparrow, these transformations free the sisters from the tyranny of Tereus.

Tantalus, Who Cooked His Child For the Gods

In some Greek myths, cannibalism and the killing of one’s offspring are closely linked. Tantalus, the king of Phrygia, would regularly join the Olympian gods at their table as an intimate friend because he was also Zeus’ son. The crimes he committed — stealing nectar and ambrosia from the gods, sharing their secrets with mortals — were ignored. Yet there was one thing the Greek gods would not forgive him for; hubris.

Tantalus grew so arrogant that to test whether the gods were omniscient, he prepared a feast for them in his palace. When they sat down at the table, Demeter, still distracted by the disappearance of her daughter Persephone, took a bite of the meat served. The rest of the table grew silent as they knew Tantalus had served them his son, Pelops. Pelops was brought to life, once the piece of his shoulder eaten by Demeter was replaced with ivory. As for Tantalus, he was thrown into the underworld for his eternal suffering.

Tantalus was not the only Greek who tried to test the gods with utmost arrogance. Lycaon, the king of Arcadia, also offered his son’s roasted flesh to Zeus. It was  atrocious behavior to serve human flesh to him, as Zeus had a dislike for humans in general. He, of course, foresaw Lycaon’s hubris and killed the rest of his sons in retribution.

The perpetrators of these myths were guilty of multiple crimes, for killing their sons and encouraging the gods into transgression. Hubris was pleasurable for the abusers but shameful for the victims, even if the victims were the Olympian gods. In ancient Greece, the concept of honor was highly respected, but it was unattainable unless one fulfilled a principal requirement: refraining from all hubristic acts.

Tydeus was a hero in Greek mythology and one of the brave warriors during the expedition of seven against Thebes. Athena regarded his supreme qualities so highly that she intended to make him an immortal. But, the seer Amphiaraus, destroyed Tydeus’ good fortune turning him into a cannibal.

“Melanippus, wounded Tydeus in the belly. As he lay half dead, Athena brought a medicine which she had begged of Zeus, and by which she intended to make him immortal. But Amphiaraus hated Tydeus; so, when he perceived the intention of the goddess, he cut off the head of Melanippus and gave it to Tydeus, who, wounded though he was, had killed him. And Tydeus split open the head and gulped up the brains. But when Athena saw that, in disgust she grudged and withheld the intended benefit.”
(The Library, 3.6.8)

In the ancient Greek world, unspeakable violations and their outcomes were told through plays, stories, and poems. Certain conditions, diseases, homicidal acts, places, and persons were “polluting” hence unclean and dangerous. In Greek mythology, cannibalism as an act of retaliation and hatred was stigmatized. It caused extreme pollution, similar to incest, parricide, and filicide.

These were all claustrophobic violations because each one of these crimes placed the criminal too close to the victim. In mythology, some of these cannibalistic acts were deemed so detestable that the punishment of the perpetrator could not make up for the moral guilt. When this happens, the curse gets passed down the generations, e.g., the house of Atreus, and becomes hereditary guilt. One man’s crime may bring such contamination that disasters can emerge. Inhabitants of Dodona were worried about such haunting pollution. They consulted Zeus, looking for answers, asking: “Is it because of some mortal’s pollution that we are suffering this storm?” 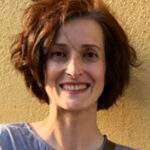