HomePhilosophyJung’s Most Controversial Idea: What is the Collective Unconscious?

Jung’s Most Controversial Idea: What is the Collective Unconscious?

Carl Jung’s most controversial idea was his belief in the existence of the collective unconscious. Could this mysterious force control our actions? 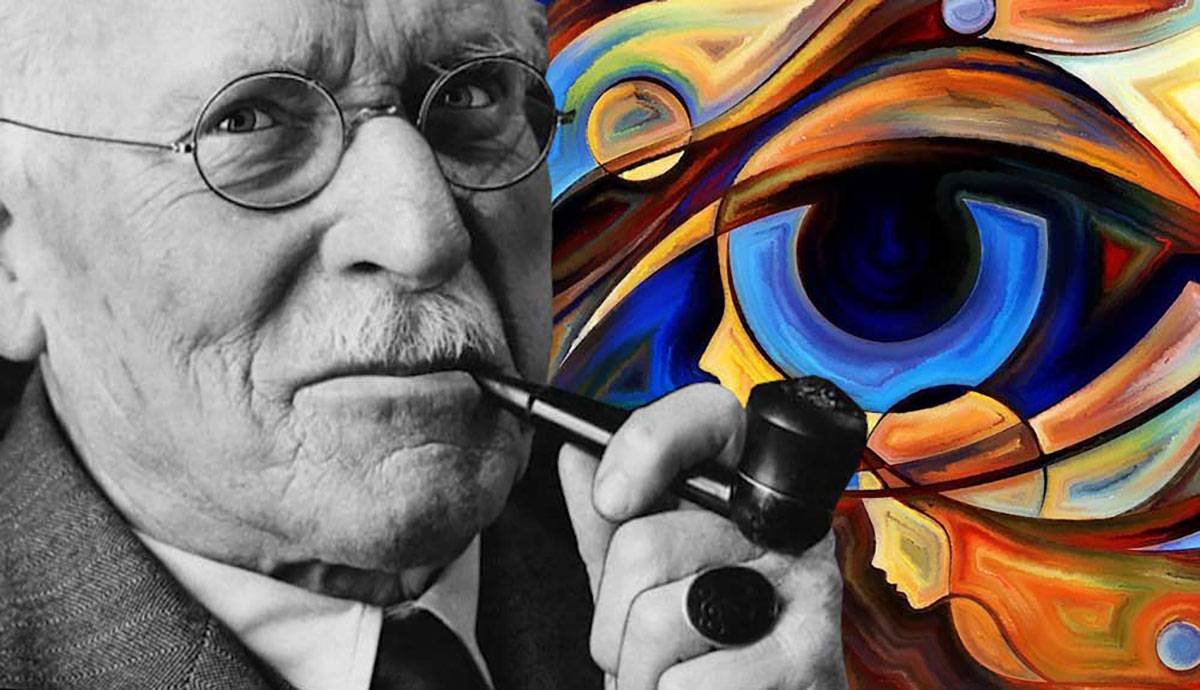 In psychology, there is no topic more controversial than Carl Jung’s collective unconscious. This idea suggests that all humans share a common psychic realm, where instincts and memories are stored. To many, this concept is nothing more than pseudoscience; to others, it provides a compelling explanation for how humans think and behave. So what is the truth about the collective unconscious? And what implications does it have for our understanding of human behavior?

What Is the Collective Unconscious, and How Does it Work?

The collective unconscious is supposedly transmitted through brain structures and is the deepest layer of the psyche. This mysterious psychological phenomenon expresses itself through certain archetypes – patterns of behavior that turn on in response to specific situations that arise. In the deep layer of the collective unconscious are not only dormant archaic forms of human existence, but also the sediments of the functioning of our animal ancestors.

The Origins of the Collective Unconscious

The author of the concept of the collective unconscious is Swiss psychoanalyst Carl Gustav Jung, the most famous and controversial student of Sigmund Freud. The term was first used in 1916 in Jung’s published essay “The Structure of the Unconscious,” where he emphasized that Freud, in analyzing patients’ dreams, was the first to discover elements that were not from the individual unconscious but emphasized an archaic, collective nature.

Jung was interested in the study of mythology and religion. He noticed that many of the stories and legends were strikingly similar, despite generating within different cultures. It led him to assume that there was something more than just coincidence at play – he believed that these myths were expressions of one single collective unconscious. Jung thought that the collective unconscious was a part of the mind shared by all humans.

The Collective Unconscious and the Concept of Archetypes

According to Jung, the collective unconscious is a vast spiritual heritage resurrected in each individual brain structure. Consciousness, on the contrary, is an ephemeral phenomenon, carrying out momentary adaptations and orientations, which is why its work can be compared with orientation in space. The unconscious contains the source of the forces that set the soul in motion, and the forms or categories that regulate it all are the archetypes.

Jung correlates the archetype with Plato’s ideal forms – it’s like a matrix, a certain willingness, our disposition to think and feel a certain way. And archetypes refer not only to our forms of knowledge but also to our forms of feeling, responding, and behavior, covering all our mental ways of life, starting from the bodily, from the instinctive foundations, and ending with spiritual manifestations.

External psychological conditions, such as dangerous situations, give rise to emotions and affective fantasies. Since such situations are common, they form archetypes, which are reflected in myths and art. In addition, ordinary and ever-repeating realities of human life create powerful archetypal figures: Mother, Father, Hero, and so on.

So, an archetype is a set of attitudes and scenarios that determine the principle of thinking and behavior of a person in certain conditions.

Archetypes are responsible for the instinctive behavior of people, for the perception of the world in a certain way through basic ideas that are the same in different cultures but often not causally related. As a result, people react similarly to certain situations. For example, this concerns the relationship between the father and mother, the child, the concept of death, and other ubiquitous human experiences.

The number of archetypes, in general, should be equal to the number of typical situations in our life, so it is unlimited. However, Jung singled out a number of the most important of them: the Persona, the Anima or Animus, the Shadow, and the Self.

The Persona is that part of our consciousness through which interactions with society occur. Jung believed that this archetype is a mask, and for every social situation, each person has a unique kind of mask. The function of the mask is to imitate a socially acceptable image of ourselves, as well as to hide what we really are.

The Anima and Animus are two archetypes associated with the images of the Father and Mother, male and female. For a man the Anima is an ideal image, connected on the one hand with the mother, on the other, carrying the unconscious feminine side of male nature, as well as ideas about the ideal woman, which to a large extent influence the search for a partner. For the woman the Animus is the image of the ideal man, partner, father, and also the suppressed male part of her personality.

The Shadow represents our natural impulses (selfish, sexual, aggressive), which for various reasons are not accepted either by society or by ourselves. Accordingly, we tend to suppress its natural manifestations. However, Jung himself considered the Shadow to be twofold in essence. On the one hand, it presents obvious problems for the individual. But on the other hand, it is a powerful source of universal energy that can also be used for “peaceful purposes,” for example, channeled into a creative direction.

Unmanifested under normal conditions, the Self archetype becomes the center of the entire personality structure after a special act that Jung called individuation. The individuation of a personality occurs when all its internal structures, which are normally antagonistic, come into balance and unite in one integral harmony.

Jung believed that the self-actualization of the Self archetype is a very rare phenomenon; however, it is the main goal of human existence. According to Jung, the Self is the embodiment of our natural religiosity and subconsciously pushes a person to develop inner harmony.

Jung’s theory of the collective unconscious has been criticized on several fronts. However, the main problem of Jung’s theory is the use of biological and sometimes even mystical explanations of human existence.

Religion and myths always seemed to Jung something closely connected with the human psyche, part of the collective unconscious. Perhaps due to this reason, the theory was not accepted by the scientist’s colleagues. In their opinion, this is nothing more than an attempt to justify antisocial behavior. No experiments have proved the existence of the collective unconscious, and all of Jung’s arguments are based on subjective observations.

Critics also argue that the theory is too deterministic. According to Jung, our behavior and thoughts are predetermined by the collective unconscious archetypes, which greatly limits our freedom of choice.

Is There Any Evidence to Suggest that the Collective Unconscious Exists?

There is no scientific evidence to suggest that the collective unconscious exists. However, several observations and theories support the idea of its existence.

For example, some scientists believe that human beings tend to behave in certain ways because of the influence of the collective unconscious. Studies have shown that people tend to conform to social norms and behave following the expectations of others. This conformity could be explained by the fact that we try to fit into the collective unconscious to feel accepted and belong.

In addition, some research suggests that children are born with certain knowledge and skills that their life experiences cannot explain. This innate knowledge could be interpreted as evidence of the existence of a collective unconscious.

Despite the lack of scientific evidence, the theory of the collective unconscious is still a popular concept in psychology and continues to be studied by researchers.

Examples of Collective Unconscious in Our Everyday Lives

Although the existence of the collective unconscious is still a matter of debate, there are several ways in which it can be used to improve our lives.

For example, understanding the concept of the collective unconscious can help us better understand our own behavior and the behavior of others. It can also help us to overcome conformity and become more independent thinkers.

The theory of the collective unconscious can also be used to explain certain phenomena that occur in our lives, such as deja vu experiences, intuition, and creative inspiration.

In real life, something like the collective unconscious manifests itself in two kinds of situations:

It is likely that you have experienced both of these manifestations of the collective unconscious in your own life.

Does the Collective Unconscious Really Exist?

Carl Jung expressed the idea that there is a deeply hidden layer in our personality structure: the collective unconscious. It is a repository of veiled traces of human existence, something similar to echoes of the memory of our predecessors. In the collective unconsciousness, thoughts, feelings, and behavioral traits that are inherent in people are reflected. All of this together constitutes our general, collective emotional past.

The human psyche is very multifaceted. For a long time, scientists have divided it into several components, one of which is the collective unconscious. The concept is somewhat obsolete now, and it is difficult to say whether it really affects our behavior and life in general. Only one thing is certain – the experience of humanity, in one way or another, is reflected in the consciousness of each of us. 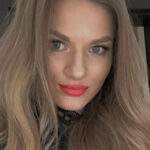 By Viktoriya SusMA PhilosophyViktoriya is a writer from L’viv, Ukraine. She has knowledge about the main thinkers. In her free time, she loves to read books on philosophy and analyze whether ancient philosophical thought is relevant today. Besides writing, she loves traveling, learning new languages, and visiting museums.

What is Embodiment? Maurice Merleau-Ponty’s Philosophy of the Body
By Moses May-Hobbs, in Philosophy
Two Mind-Blowing Paradoxes by Zeno of Elea
By Luke Dunne, in Philosophy

Plato’s Philosophy of Poetry in the Republic

The Divine Feminine: 8 Ancient Forms of the Great Mother Goddess