HomeArtistsCimabue: Grandfather of the Italian Renaissance

Cimabue: Grandfather of the Italian Renaissance

Cimabue was a pioneering Italian artist active in the 13th and early 14th century, known for his frescoes, panel paintings, and exquisite mosaics. 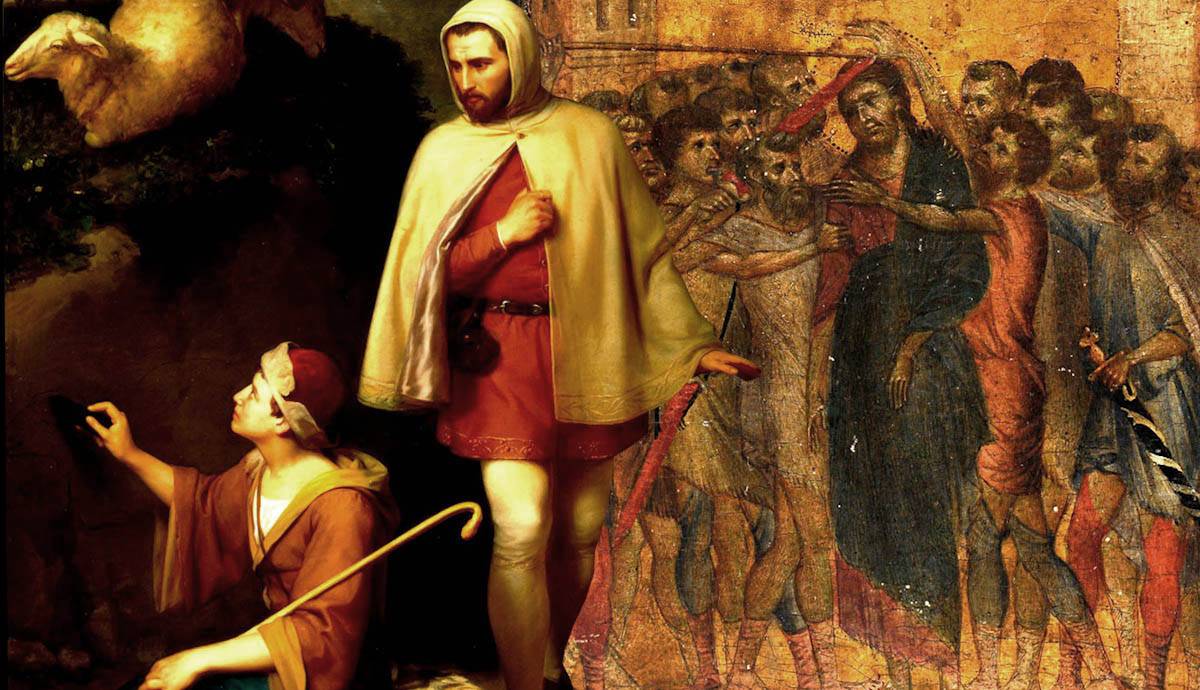 Often considered one of the early pioneers of the Italian Renaissance, Cimabue’s life, work, and influence continues to be misrepresented or, perhaps, misunderstood. Historically Cimabue has been overshadowed by his pupil Giotto, a narrative which was promoted by Renaissance literary stalwarts ranging from Vasari to Dante. However, Cimabue’s work is finally being viewed in a new light. The Italian painter’s oeuvre or, at least, what can be identified as his work, shows a once-in-a-generation talent who moved beyond the rigid Byzantine-influenced models of his time, helping usher in a new era of art that prized naturalism.

The Life and Times of Cimabue, the Famous Italian Painter

Bencivenni or Cenni di Pepi – sometimes spelled as Cenni di Pepo – was born in Florence around 1240. Little is known about Cimabue’s early life, which unfortunately is typical for many artists and makers of this period. What little we do know is mostly composed of the writings of renowned Italian art historian Giorgio Vasari. This biography by Vasari should be treated with skepticism, as it was written more than two centuries after Cimabue’s passing and, as such, remains difficult, if not impossible, to verify. Despite this, there are some things that can be gleaned from the chapter.

According to Vasari, the Italian painter would often sneak away from school to watch the Greek artists that had been summoned to the city, painting the Gondi chapel in Santa Maria Novella. He is said to have shown such virtuosity that his father placed him under the painters’ instruction. He apparently studied under them – and is said to have greatly surpassed them with his natural aptitude.

Though the latter statement is to be taken with a grain of salt, it is not impossible that he was instructed by foreign painters, and it is likely this interaction continued to influence his work. However, it is equally as likely that his style was simply formed by contemporary taste, as the Byzantine and Gothic reigned supreme. Certainly, Cimabue would continue to rely on these antique models in his early career, though he would later abandon the strict Italo-Byzantine style for a more naturalistic approach around the 1270s.

The little documentation available to us suggests that by 1272 Cimabue was a working artist in Florence. It was common for master painters to take on apprentices and Cimabue was possibly apprenticed to the aforementioned Greek painters. It is said that Cimabue was responsible for Giotto’s meteoric rise to fame, taking the young artist under his wing. As the legend goes, Cimabue discovered Giotto when he was a young shepherd boy, tracing his flock on nearby rocks. His drawings were so lifelike that the Italian painter asked the young boy if he could take him on as an apprentice.

It is difficult to know the ins and outs of that relationship, however, the famous poet Dante Alighieri mentioned the pair by name in the Divine Comedy’s Purgatorio. This verse might simply demonstrate the two as being contemporaries, highlighting the fact that even during their lifetime Cimabue’s fame and fortune were quickly diminished by Giotto’s virtuosity. And in fact, many contemporary art historians have now come to question this apprenticeship altogether.

As is the case with many artists of this period, Cimabue was a nickname. It has later been misinterpreted as a family name, as the artist is sometimes referred to in the literature as Giovanni Cimabue. There remains some debate about where this moniker originated from. The name literally means top and ox which many have taken to mean bull-headed. According to Vasari, the Italian painter was noble in character but was essentially a perfectionist who would destroy works that could be considered in any way defective. It is likely, then, that the name Cimabue was intended to be demonstrative of his stubborn and precise nature.

Vasari claims that Cimabue died in 1300. However, there is documentation to suggest he was still working in 1301. It is important to note that the calendar system used in Florence at the time differs greatly from the one we use today. A new year started on March 25th, the Feast of the Annunciation, rather than on the 1st of January.  A discrepancy of one year can be accounted for, which may explain Vasari’s odd dating. Despite this, it is commonly now accepted that the artist died in 1302 in Pisa where he had been working on his last known masterpiece.

Much like the details surrounding his life, few works are verifiably by Cimabue. Despite this uncertainty surrounding his oeuvre, there are still a number of works that have long been attributed to him. One of his earliest supposed works is the Crucifixion in the Basilica of San Domenico in Arezzo, which dates to around 1267 to 1271.

A large wooden crucifix, the work is renowned for its humanistic innovation. The protruding ribs and thin musculature of Christ emphasize the fragility of the human body rather than some supernatural glory, showing a departure from previous depictions. Similarly, the way in which the Italian painter chose to depict Christ with closed eyes also emphasizes the figure’s passing. That being said, some elements of the medieval and Byzantine traditions do remain, such as the grand arrangement of the cross and the use of gilding. It is interesting to note, there is a near-identical crucifix by Cimabue in the Basilica di Santa Croce in Florence, which is dated slightly later.

In his oeuvre, or at least works that are thought to be by the artist, Cimabue appears to revisit the same themes. This, of course, was common for artists working at that time. Many would become renowned for certain paintings and would gain similar commissions based on their earlier success; this appears to have been the case for Cimabue. Themes such as the Maestà (Italian for Majesty) depicting the Madonna enthroned with the child Christ flanked by angels is one such theme, cropping up often in Cimabue’s larger body of work.

Many versions of this scene now make part of important collections in museums like the Louvre in Paris and the National Gallery in London. Interestingly, many of these Maestà scenes appear to be stylistically earlier when compared to their dating. For example, the Louvre altarpiece, which is commonly dated to the early 1280s, appears much more rigid, with little attempt at perspective or even individualization of the figures. This ‘devolution’ in style may suggest that traditional works, such as gilded altarpieces, continued to be popular among patrons.

Like many of his contemporaries, Cimabue was an artist who worked in different media including fresco. The artist completed a large fresco cycle in the Upper Church of San Francesco in Assisi between 1277 to 1280. Completed by Cimabue and his workshop, the young Giotto (who would have been aged 10 at the start of the commission) is thought to have accompanied the artist to Assisi for work.

In fact, two of the frescoes which depict the life of Isaac that were originally attributed to Cimabue are now considered to be Giotto’s. Cimabue’s frescoes decorate the west end of the transept and the apse, depicting scenes from Revelations, as well as the Passion. There is also another Maestà scene. This fresco is compositionally very similar to his altarpieces, yet shows more attempt at naturalism, particularly noticeable in the fine way the faces are painted.

One particularly striking work by Cimabue is a mosaic of St John in the apse of Pisa Cathedral which is dated to around 1301. The large-scale work depicts Christ Pantocrator, another classic model. Christ is depicted seated, with a cruciform halo, holding a book which reads “EGO SUM LUX MUNDI: I am the light of the world.”

The clever use of media, the gilded tesserae on which candlelight’s reflection would have danced upon, beautifully accentuates this idea of heavenly light. The mosaic was completed by Cimabue over 94 days. The documentation also makes mention of heirs, indicating Cimabue died before the work was complete. The work has been restored no less than four times and even miraculously survived a fire in the late 1500s.

Cimabue is today credited for instigating a move towards naturalism in art, shifting away from the rigid and stylized forms that defined much of medieval art. His frescoes are a particularly good example of this, showing the use of softer outlines and a fine portrayal of drapery and the human form. Cimabue’s work clearly evolved throughout his career, depicting scenes with greater sympathy and realism over the years. There is a clear shift from the rigid two-dimensional world of the Byzantine, into the representational forms that would later define the Renaissance.

Despite Dante lamenting the loss of interest in Cimabue even during his lifetime, it seems his reputation has since changed. In recent times there is a renewed interest in Cimabue, likely spurred by the high prices rare old master paintings have yielded in today’s auctions. Amazingly, in 2019, a work assigned to Cimabue was found in France in the kitchen of an elderly woman. The panel painting, entitled Christ Mocked, was later sold for 24 million euros. It is believed that this was the only work of Cimabue’s to have been available at an auction, yet it reveals just how valuable his art has become. 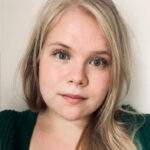 By Taija HurriMA History of Art, UGDip History of Art and Art-world PracticeTaija is an alumna of the University of Glasgow and Christie’s Education. She graduated with a MA from the Courtauld Institute, writing her thesis on early Florentine printmaking. Her research interests are varied, as she loves uncovering the overlooked minutiae of objects, buildings, and historical periods.