Circe: The Odyssey’s Warning for Femininity

Circe is a figure with multiple meanings in The Odyssey. One of the aspects that this character represents is the danger of femininity to the patriarchal norm. 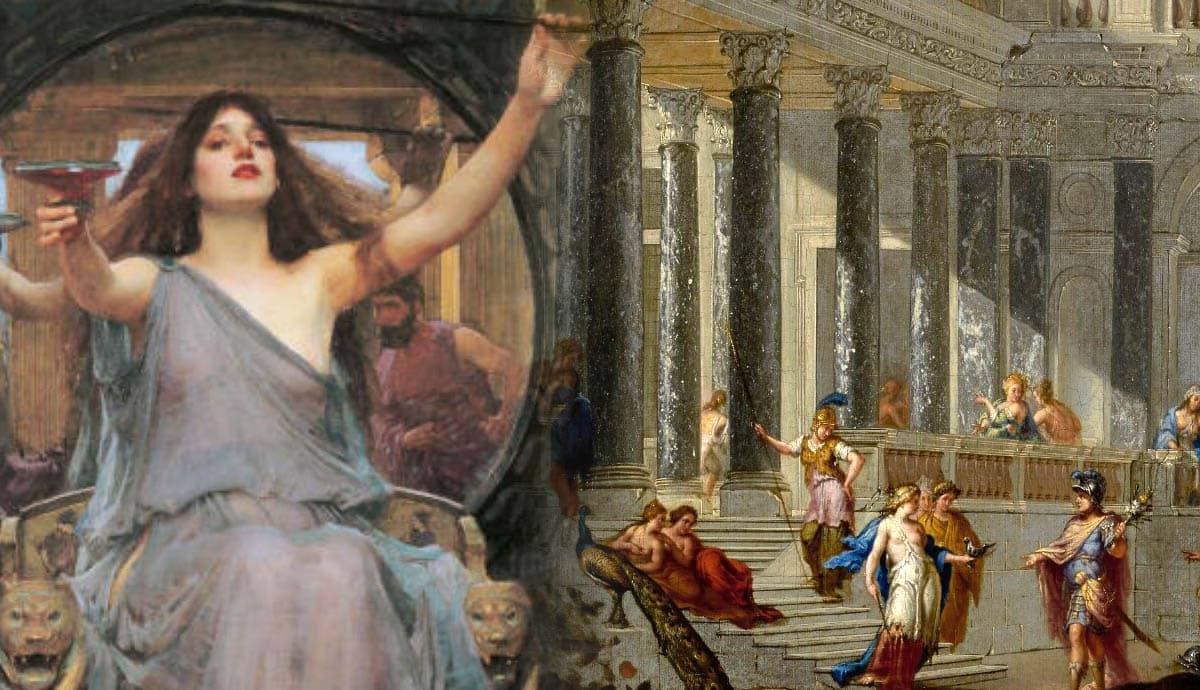 Circe is one of the most compelling feminine figures from the Odyssey. Daughter of the god Helios and the nymph Perses, she makes only a brief appearance in Odysseus’ journey but it is one that is full of meaning. This character serves the role of a warning to men of the power of femininity and the potential that women have of disrupting the structure of society. Using the weapons of magic and sexuality, she subdues men at her will. She is described as being conscious of the power she owns. In the Odyssey, Circe is used as a negative example of how women might behave if not properly controlled.

The Encounter with Circe: The Odyssey, Book 10

Soon after Odysseus and his crew managed to escape from the cannibal Laestrygones, they landed on the island of Aeaea. A team of scouts was sent by Odysseus to investigate the place, and they found a palace immersed in vegetation. Circe invites Odysseus’s men inside her house, but it is a trap. In fact, she offers them a poisonous drink and, by using a wand, turns them into pigs. However, Eurylochus escapes and warns Odysseus of what has happened. After the report, Odysseus decides to rescue his men. On his way to Circe’s house, Hermes intervenes and suggests to Odysseus a plan to succeed in his mission.

Hermes gives the hero the moly, a magical plant that will protect him from Circe’s magic. Everything goes as Hermes predicts: the moly counters Circe’s magic, and when she tries to cast the spell with her wand, Odysseus remains a man. At this point, the hero threatens Circe with a sword, and the sorceress begs for mercy. At this point, Odysseus makes Circe swear an oath: to promise not to harm him and his men in any way from that moment onward. The sorceress accepts and turns the pigs back into men. A year passes by, and before letting them go, Circe advises Odysseus to visit the Underworld to consult the dead about his next moves.

Circe is the most well-known witch figure in Greek mythology. Many of the characteristics that would be attached to the figure of the witch in later literature are already present in the depiction of Circe. It is more correct to call her a sorceress, who has the ability to enchant. The ways in which an enchantment is enacted differs based on what type of magic the sorceress uses. Circe is without a doubt a pharmakis, someone who uses magical potions (pharmakoi) made by herbs and plants. Hence, a pharmakis is extremely knowledgeable about the natural world.

Even before her first apparition, Circe is connected with nature: her palace is surrounded by lush vegetation and guarded by wild animals. However, the sorceress is also perfectly in control of the natural world; she uses plants and flowers to create her potions, and she tames those feral animals. The close connection she shares with the natural world reflects the widespread cultural association between women and nature. In opposition to this, we find the equation of men with culture. The main reason behind this symbolic distinction derives from the woman’s body and its function of producing new life.

The centrality of the body is present in ancient depictions of women who practiced magic in relation to lust. Circe desires Odysseus and takes the oath because she knows that it is the only way to lie with him. Here, Odysseus finds himself in an even more dangerous situation than his men: as Hermes warns, having sex with Circe might make him weaker and “unmanned”. The reason behind it lies in the fact that Circe inverts the cultural conventions of the man as the active sexual partner. With her actions, she puts into jeopardy not just Odysseus’ masculinity but the normative sexual roles of men and women in classical culture.

The character of Circe in the Odyssey enables us to understand the structure of Greek society in relation to gender roles. In her initial apparition, she is depicted singing, weaving, and offering hospitality to Odysseus’ men. These were activities that a proper woman and wife was supposed to have.

At the same time, Circe is a concubine that uses her sensuality to lure men into her trap. She transforms those men she does not like, while seducing those she fancies. She is aware of her ability to charm and uses it on Odysseus who loses his desire to return home. Thus, Circe is the mistress who has the power to make the hero forgets about his oikos (“household”) and wife. Therefore she is the prototype of the femme fatale, a woman who has the power to catalyze and absorb men’s desires and energies. She is able to convince Odysseus to stay with her in Aeaea by offering him a life full of pleasure.

The Subversion of Gender Norms

Circe defies the traditional gender expectation attached to being a woman for another reason. She is without a kurios, the man who has the authority within a household. Instead, she lives in Aeaea alone with her tamed beasts, with no father, brother, or spouse. Women like her were thought of as irrational and incapable of controlling their (sexual) impulses, and with time, they began to be called “witches”. These women were anomalies in a society based on the patriarchal system. They were perceived as dangerous because they inverted the “natural” order where men command and women obey.

Circe lives without a male authority, thus posing a threat to the patriarchal order. But it must be noted that, in the Odyssey, she is feared more for being a free woman than for being a sorceress. Indeed, her expertise with herbs and potions makes her intelligent, not irrational. Nonetheless, Circe’s witchcraft is intrinsically linked with her femininity which is why her art is perceived as dangerous. The binary logic that structured ancient Greek society linked the concept of the female with Otherness. The female threatens the established order which instead is put in relation to the concept of the male (Stratton, 2008). When men’s rule is jeopardized, the social order must be restored.

Therefore, in the Odyssey, Circe is defeated by Odysseus, and she subsequently becomes a generous host and a proper woman. After Odysseus counters Circe’s position thanks to the moly, he menaces her with a sword, at which Circe kneels and begs for mercy. Then, Odysseus succeeds in making Circe swear an oath, thus achieving moral control over her. As a consequence, Circe undoes the spell she has cast on Odysseus’ men and finally treats them in accordance with the rules of xenia (“hospitality”). Circe is now a proper woman who follows the social rules of a landlady, and as such, it is rightful for Odysseus to become intimate with her. Odysseus is so comfortable with this “new” Circe that he forgets Ithaca until his men tell him that they want to go home. Thus Odysseus asks Circe to let them leave, and she agrees without hesitation.

After gender norms were reestablished, Circe was not a threat anymore; instead, she became a helper. A divine one. It is towards the end of this episode in the Odyssey that Circe’s divine nature manifests itself. Circe is a chthonic deity, part of the pre-Olympian lineage of gods and goddesses called the Titans. As a potnia theron (“Lady of Animals”) Circe is characterized by liminality for being in touch with Nature and with its wilderness.

Furthermore, Circe’s liminality is linked with the Underworld as well. In fact, the island of Aeaea is situated in the East, not far from the entrance to Hades. This position as well as her divine nature is what allows Circe to help Odysseus and his men in their next journey. Circe advises Odysseus to visit the Underworld and consult the dead on his journey back to Ithaca. She also guides Odysseus in the steps he will have to follow to summon the dead. Hence, Circe is not simply a helper, but she is Odysseus’ mystagogue. In ancient mystery religions, the mystagogue was the person responsible for leading an initiate into the secret rituals of a cult. As a goddess in touch with the Underworld, Circe could donate the knowledge Odysseus needed to proceed on his journey home.

Circe and The Odyssey Cautionary Tale

Circe’s episode in Book 10 of the Odyssey is short but full of meaning. It is without a doubt a cautionary tale: men beware of women because they have the potential to subvert the patriarchal order. The character of Circe encapsulates those fears: she is terrible and beautiful, and she is aware of it. As such, Circe uses both her magic and her sensuality to invert the gender roles becoming the one in command.

Circe is firstly presented as a sorceress, who uses her knowledge of nature to dominate Odysseus’ men. Secondly, she takes up the role of the femme fatale, seducing Odysseus and jeopardizing yet again the cultural order according to which men are supposed to be the active sexual partner in charge of a relationship. However, after Odysseus makes Circe swear the oath, the sorceress’s social position becomes subordinate to the hero’s one. Hence, the patriarchal norm is finally restored. The reestablished social order opens for Circe the possibility of disclosing her divine nature and helping Odysseus through it.

Circe’s episode, thus, is a moral tale that warns men to be cautious when it comes to women. But they do not need to worry much because the proper social order, where men rule over women, can be restored. 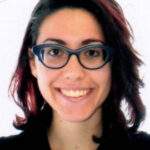 By Marica FeliciBA Anthropology w/ honors, MA History w/honorsMarica holds a BA in Cultural and Social Anthropology and a MA in Global History, both from the University of Bologna. Interested in Ancient cultures, she began to study feminist and queer theory during a semester at the University of California – Santa Barbara. From this experience, she decided to look at Ancient Literatures and History from a feminist lens. Marica works as a freelance writer, and she is building a career as a digital nomad given her desire to keep traveling and exploring other countries and their cultures.

300 Spartans: Why Are We (Still) Fascinated by This Story?
By Marica Felici, in Ancient History