HomeStoriesDance as Diplomacy: Cultural Exchange During the Cold War

Dance as Diplomacy: Cultural Exchange During the Cold War

During the Cold War, art was often a source of tension. Dancers and choreographers, however, performed freely. In a unique cultural exchange, dancers set the stage for Cold War diplomacy. 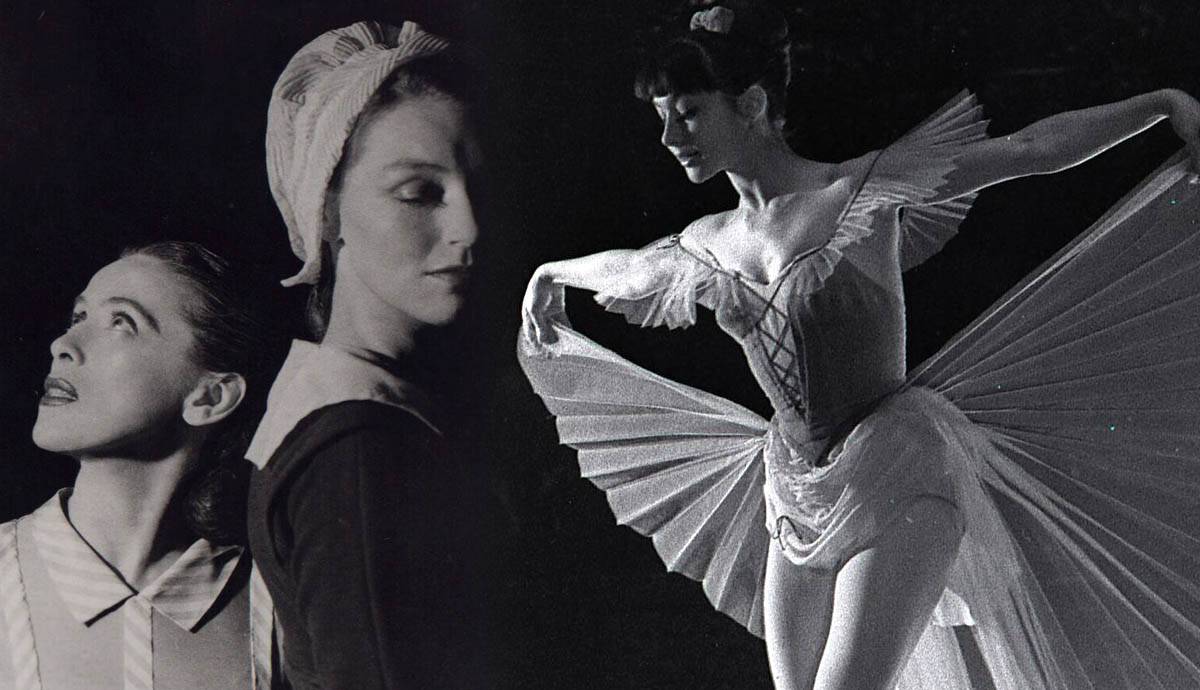 Charlie Chaplin, Orson Welles, and Dalton Trumbo: these were but a few celebrities blacklisted for communist ties during the Cold War. Meanwhile, dancers and choreographers had unique freedoms. On both sides of the Cold War, dance companies were commissioned to perform in enemy territory – by their own government.

Dance is not typically associated with diplomacy, but it was a primary form of cultural exchange during the Cold War. Why? Dance doesn’t rely on spoken language, so it can be readily understood by multiple international audiences. Consequently, it can be a covert vehicle for cultural values, messaging, and the occasional propaganda. If we examine the cultural exchange during the Cold War, we can see the power of dance in play; whether for propaganda, a simple show of power, or unification.

The Cold War set a unique stage for art, performance, and culture. Moving into the conflict, the world had only just survived the Great Depression and the World Wars. In addition, technology and culture were continually evolving and globalizing. These events profoundly impacted our modern world and can still be felt today.

To match the tumultuous landscape, art revolutionized on a global level. Modernism, postmodernism, and their various sub-branches dominated this era. In other words, experimentation, innovation, and abstraction were the artistic order of the day. Like most technological revolutions during the Cold War, the arts revolution also became a tool. As artistic movements began to diversify, they also became bound by cultural context. Eventually, various artistic mediums became fixed channels for political messaging.

Similarly, dance became a source of international tension. Dance in the two countries had developed quite differently; it naturally became adversarial to either side. However, unlike jazz and rock n roll, dance was not banned. Despite the tension, dance was imported and exported quite freely.

In the years leading up to the Cold War, dance transformed. “Modern” dancers formed a new school of dance, rejecting ballet principles, rules, and techniques. These dancers and choreographers flourished, particularly in the West. Modern dance was exciting, with a plethora of new subgenres.

Yet, ballet wasn’t gone; it was revolutionizing as well. In fact, it was still quite popular. In both countries, ballet was experiencing a revitalization. Sergei Diaghilev, known for commissioning the choreography of the infamous Rite of Spring, experimented with music, timing, and themes. Diaghilev’s work redefined ballet and inspired many, including Balanchine. In 1935, Russian-born George Balanchine began to break genre norms at the New York City Ballet, redefining ballet in America.

At the same time, many modern dance choreographers like Isadora Duncan, Katherine Dunham, and Martha Graham were branching away from ballet completely. In comparison to ballet, modern dance was abstract, freeform movement; so, they believed ballet restricted the dancer’s body and overall expression.

However, other precedents had been set as well. Choreographers like Duncan and Balanchine had worked under or collaborated with Soviet artists, and Duncan even publicly identified as a communist. Even within the opposing genres of modern and ballet, there was much collaboration and commonality during the Cold War. Reportedly, ballet master Diaghilev was inspired by modern choreographer Isadora Duncan. While competition certainly set the stage, collaboration did as well. Moving into the Cold War, these dynamics would become central.

Roughly ten years into the Cold War, dancers began their work as diplomats. In the 1958 Lacy-Zarubin Agreement, the US and Russia agreed to cultural and educational exchanges. Immediately after, the Moiseyev Dance Company toured the US. In return, the US sent American Ballet Theater to the Soviet Union. However, these two tours were only the beginning.

As time went on, cultural diplomacy through dance continued. From the beginning of the Cold War to the fall of the Berlin Wall, dancers performed in enemy lands. Many American companies and choreographers, including Jose Limon, Alvin Ailey, and Martha Graham, performed in the Soviet Union and contested areas. Their purpose? To develop the US’ artistic and cultural integrity abroad.

Martha Graham, in particular, was a fundamental asset to the US, performing and traveling abroad at the government’s behest throughout the Cold War. Over the years, she performed in several locations across Asia and Europe, and even in East Berlin. In Saigon, Graham performed her original work Appalachian Spring less than a year before the North entered the city.

Meanwhile, the Soviet Union sent dancers as well. Performing folk dance, The Moiseyev Dance Company frequently toured around the US. Over the years, they performed in New York, Montreal, Toronto, Detroit, Chicago, Los Angeles, and more. The Bolshoi Ballet also toured the US and other Western hubs like London. Despite cultural taboos at the time, the average American and Soviet citizen could access each other through dance. In many ways, dance performances were a rare chance to see past the Iron Curtain. But, could they really?

Behind the Performances: Subtle Messaging

On top of this difference, thematic material also varied between the two; Soviet dance often emphasized setting, linear narrative, and the multiculturalism of the Soviet Union. In the US, choreographers often emphasized abstraction (or no narrative) and centered on the emotional experience. Thus, cultural values were being shared and interpreted through aesthetics; the free-flowing movement of modern dance was thought to represent the liberty of the US, and the virtuosity of Soviet dancers was thought to show the fruits of collectivism.

These cultural values, moreover, were also deliberately shared through concept and plot. On either side of the war, there were many nuanced attempts to promote political ideology. When touring America, the Bolshoi Ballet performed Spartacus, a ballet about a slave uprising. The ballet paralleled racial inequality within the US and also promoted communist ideas. More specifically, Spartacus promoted a proletariat revolution, a central tenet of Marxist and communist ideology.

Specific companies were even sent for specific purposes. The Moiseyev Dance Company was sent, in part, to highlight the multicultural harmony of Soviet Russia. Conversely, because the Soviet Union frequently pointed out the very real racial oppression in the US, the US government sent Alvin Ailey to perform in Soviet Russia.

Cultural Exchange In the Cold War: Past the Iron Curtain

Though the dance tours were partially meant to relay superiority, they usually did not. The dancers, choreographers, and audience all had varying perspectives. Some performances were not understood, and some were. Mostly, audiences were interested in the people behind the stage or (Iron) curtain.

Whatever the government’s intention was, this sort of cultural exchange was a crucial moment for unification. Although it’s speculated that Martha Graham was sent to promote the US government, she didn’t see herself that way. After the Berlin Wall fell, she stated:

“I saw it go up and now I have seen it come down. It makes me feel tri­umphant to think that noth­ing lasts but the spir­it of man and the union of man. Peo­ple cross the bor­der from East to West to shake the hands of those they have not seen before. In a way, they have become each other’s fron­tier.”
Martha Graham

As for the everyday citizens, they were confused, amazed, and genuinely interested. In both countries, the tours were widely popular. The cultural exchange created respect for all dance artists and made dance and ballet an international export. Americans were excited to see Soviet dancers as real people, “happy, dancing, and waving.” Soviet peoples had similar reactions, even seeing some artistic similarities in Balanchine’s 1958 tour. Overall, the dance tours of the Cold War truly helped ease tensions when a nuclear apocalypse might happen any day. This reminds us not only of diplomatic power but also the power of art.

Spartacus by The Bolshoi Ballet: https://youtu.be/Fha6rYtaLMk

The Cold War: Sociocultural Effects in the United States