The Rite of Spring is a Russian ballet depicting an ancient sacrifice ritual, first presented in France. At the premiere, the Parisian audience rioted; today, the work is celebrated worldwide. 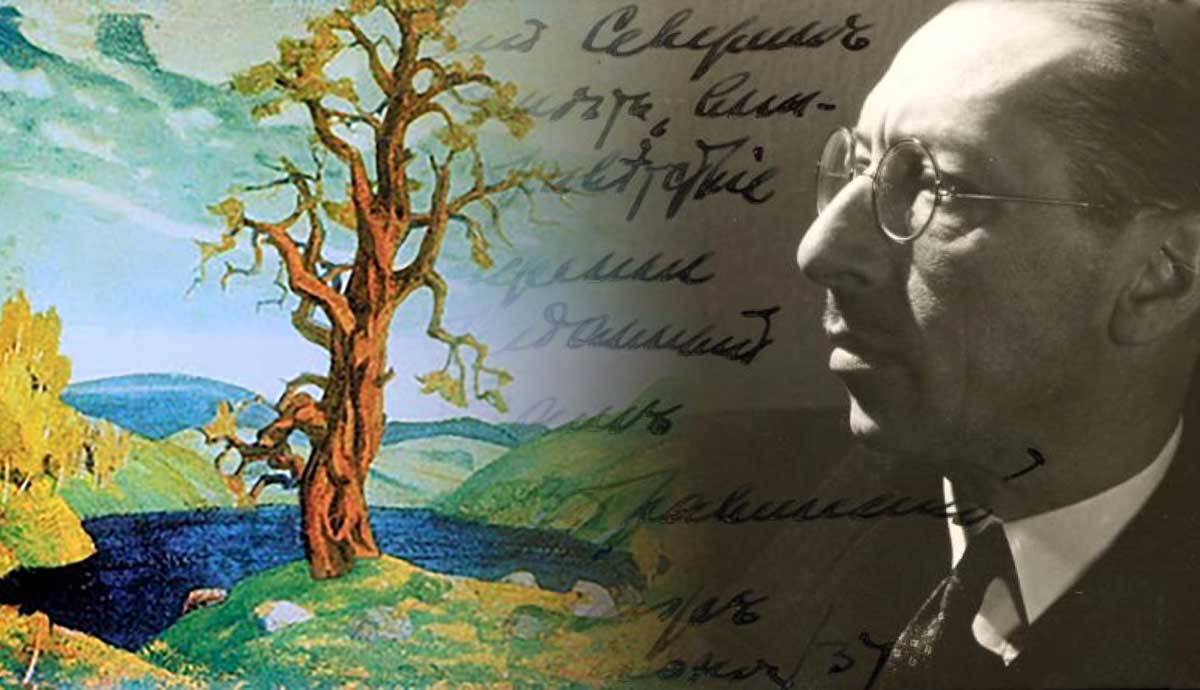 The Rite of Spring brought terror to the city of Paris. Produced by the Ballets Russes, conceived by modernist composer Igor Stravinsky and choreographed by Vaslav Nijinsky, The Rite of Spring portrayed a sacrifice rite in ancient Russia. Consequently, the Russian work was not only foreign to a Western audience in terms of the modern aesthetic that the Ballets Russes was known for but also in the cultural themes of the work.

However, the work has since been reimagined several times by top names such as Pina Bausch, Kenneth Macmillian, and Martha Graham. Like many other works at the Ballets Russes, The Rite of Spring was remarkably ahead of its time, and yet, it premiered exactly when it needed to.

The Rite of Spring: A Work by Igor Stravinsky & Vaslav Nijinsky

The Rite of Spring was a pivotal point in dance history, with several key names involved in its creation. Igor Stravinsky, the infamous Russian composer and concept artist, worked in close collaboration with the Ballets Russes throughout the company’s entire life span. Diaghilev, the impresario of the Ballets Russes, recruited Stravinsky when he was relatively unknown. His decision to select Stravinsky remains one of the most significant collaborative decisions ever made in dance history.

After their first collaborative successes like The Firebird and Petrushka in the early 1910s, Diaghilev and Stravinsky had successfully established a remarkable relationship. During these initial successes, Stravinsky began to work on The Rite of Spring. Inspired by archeological research, Stravinsky had a vision of a virgin being sacrificed at the beginning of Spring, and thus the concept for the ballet was born.

Diaghilev recommended Vaslav Nijinsky, his lover and star performer of the Ballets Russes, to fulfill this vision. By all accounts, Nijinsky was a brilliant performer, but many at the time were not so convinced of his choreographic talents. After Nijinsky’s scandalous and overtly sexual premiere of Afternoon of a Faun, Parisian opinions were divided. Nonetheless, Afternoon of a Faun remains a principal work despite its initial reception. The Rite of Spring would follow the same track.

Some sources report that Nijinsky and Stravinsky were merry collaborators, with the two happily creating a tribute to a distant version of their mutual home, Russia. Others, however, state that Stravinsky blamed Nijinsky for the riot that ensued the night of the premiere. In hindsight, the plot itself was tumultuous enough to cause trouble. Diaghilev, Stravinsky, and the Ballets Russes were known for breaking away from tradition, but the Rite of Spring would go a little too far. Compared with other works, The Rite of Spring did not just break away from tradition, it utterly shattered conventions in every artform it touched. Most importantly, it broadened dance narratives.

A Pagan Plot in Paris

Compared to other theater pieces at the time, the plot of The Rite of Spring was uniquely horrifying. Seeking out the help of Russian archeologist and artist Nicholas Roerich, Stravinsky set out to create a ballet about Slavic traditions within ancient Russia. Together, they created the plot of the shortened, 30-minute ballet: a tribe welcomes the spring, and a young girl dances herself to death.

The entire production begins with a chaotic orchestral swell, anticipating the curtains’ rise. Afterward, the work is traditionally broken up into two distinct parts. The first part, called The Kiss of the Earth, begins with two rival tribes playing ritual games to exhaustion. These games include the ancient Khorovod, still performed today throughout Russia and the Balkans. As they play the games, they are interrupted by the procession of the Old Wise Men, who kiss and bless the Earth. The entire group then breaks out into a frenzied movement, ending the first section.

In the second part, The Great Offering, maidens play games and choose a sacrificial victim. During the games, the maidens step around each other in a circle. The maiden who gets caught on the outside of the circle twice becomes the Chosen One. Accepting her fate, she remains center stage, standing uncomfortably still as the group continues to dance around her. The Old Wise Men reenter at the end of the second part as the other maidens leave. The Old Wise Men watch as the Chosen One dances herself to death in the final scene.

The plot, relatively sickening to watch even from a present-day perspective, was enough to send the audience over the edge. Alongside the jarring work was a disorganized evening program. In nothing short of a spectacle, the premiere sent Paris reeling.

Performance art was eternally altered by the Le Sacre du Printemps premiere, with the work opening up different pathways for art as a whole; but, to an audience in 1913 Paris, this would remain to be seen. Paris, moreover, would see their traditions completely disregarded. In place of a romantic plot, there was a brutal sacrifice; in place of classical mythological Western concepts, there was pagan Russia; in place of melodic harmony, there was the dissonant, jarring composition by Stravinsky; and in place of traditional ballet technique, there was Nijinsky’s stomping, strange formations, and mad movement. On top of all this were the costumes. Dressed in long braids and paganesque tunics, the cast was costumed in what would have been seen as unfamiliar, primitive, and foreign.

If all this were not enough, The Rite of Spring was part of an evening-length program and followed its aesthetic opposite, Les Sylphides–a soft, soothing work heavily influenced by Romantic traditions. According to reports at the time, people booed, hissed, shouted crude comments, and even threw things at the performers. The performers themselves could barely hear the music over the crowd. Nijinsky, trying to keep the cast together, shouted the counts from the stage wings, and Diaghilev flashed the house lights several times to suppress a riot. Stravinsky himself stormed out. Nevertheless, the performers carried on with the performance through to the end.

There are many thoughts on why The Rite of Spring caused a riot when the Ballets Russes’ entire goal was to shock audiences. Several scholars have tried to uncover the events of the premiere. Some thought class differences contributed to the crowd’s reaction to the work due to the different groups present at the premiere. Jean Cocteau wrote that “the aesthetic crowd…would applaud novelty simply to show their contempt for the people in the boxes.” Others argue differently. Esteban Buch, director of studies at the School of Advanced Studies in Social Science in Paris, argues that “the very notion of primitive society being shown on stage” is what led to such an eruption.

In any case, the press immediately following the event was not kind. Despite this, the work had many fans in the following years. According to multiple accounts, there was quite a lot of applause at the event as well. Perhaps the response was more divided than we know now, as it has become a dance cornerstone since.

Reworking & Reimagining The Rite of Spring

The original work was only performed a mere seven times after its controversial premiere, and it was Nijinsky’s last notable choreographic work. While Stravinsky went on to enjoy a long career and collaborations with notable artists like George Balanchine, Nijinsky’s career ended shortly after the premiere. After Nijinsky married his wife Romola, Diaghilev promptly dismissed him from the company. In the years afterward, Nijinsky was diagnosed with schizophrenia and lived in mental institutions for the rest of his life.

Leonide Massine, Nijinsky’s successor at the company, eventually reimagined the work. Many other choreographers followed suit and made their own versions. For a while, many thought Nijinsky’s original work was completely lost to time. In the 1970s, the Joffrey Ballet reconstructed the work based on choreographic notes and accounts at the time, successfully bringing the original version back to life. Reconstructed now, many companies perform Nijinsky’s original, even at the Paris Opera Ballet, in the same city where the work was initially dismissed.

Over 200 choreographers have reimagined the work since. The effects of the original Rite of Spring cannot be understated, so much so that the original work bears fruit in contemporary dance. Equally as influential as Nijinsky’s version, most notably, is Pina Bausch’s contemporary version. Furthering the themes of the original work, Bausch taps into the misogyny of the sacrifice. Playing more into the emotional turmoil of the ritual, the female dancers wear plain tan dresses and dance upon red dirt. The men are in black pants and move the female dancers at will. Unlike Nijinsky’s version, there’s not much costume and characterization, only one distinction; male vs. female.

The Rite of Spring: Once Scandalous, Now a Singular Testament to Dance as an Artform

From Afternoon of a Faun to The Rite of Spring, many have recognized Nijinsky’s groundbreaking choreographic skill since his death, and the scholarship on Stravinsky’s score is almost limitless. Departing from romantic plots and abstracts, The Rite of Spring paved the way for complex topics within the broader art form of dance. In fact, The Rite of Spring can be considered not only one of the first modern works within dance lineage but the first dance work to explore horror.

Although the Rite of Spring has a regional setting, its universal qualities stand anywhere. No matter the version, The Rite of Spring touches on a primal fear. Although we may feel very distant from the primitive human sacrifice depicted by Stravinsky and Nijinsky, many of the themes hold true. No matter how we advance throughout history, we, as individuals, are always at the mercy of our community and our social structure, which is what makes The Rite of Spring essentially timeless.