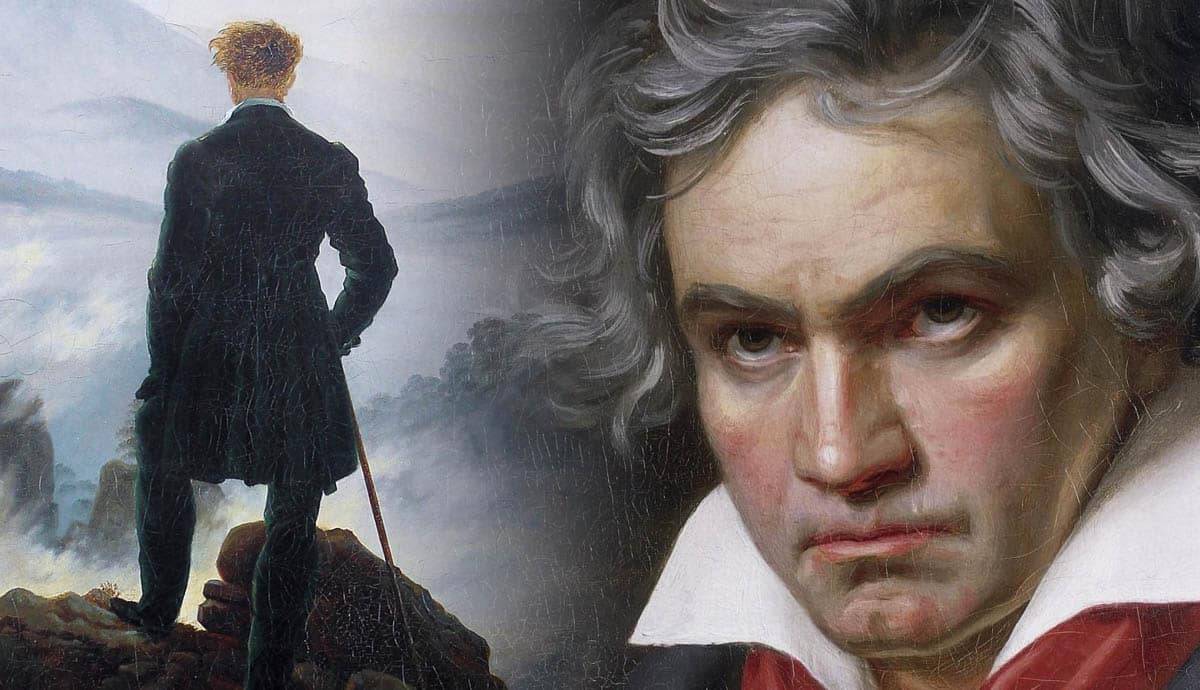 Emerging in the late 18th century, Romanticism was a broad-ranging style that spanned art, music, literature and poetry. Rejecting the order and rationalism of classical art, Romanticism relied instead on over-embellishments, grandiose gestures and the expression of the individual’s powerful and overwhelming emotions. Think Turner’s violent sea storms, William Wordsworth’s meandering daydreams, or Beethoven’s thunderous drama and you’ll get the picture. There was a daring and provocative spirit to Romanticism that continues to filter down into today’s society. Let’s have a closer look into the different strands of this fascinating movement to find out more.

Romanticism Began as a Literary Movement

Romanticism began as a literary phenomenon in England, led by poets William Blake, William Wordsworth and Samuel Taylor Coleridge. These writers rejected the scientific rationalism of the Enlightenment period. Instead, they emphasized the emotional sensitivity of the individual artist. Their poetry was often in response to nature or romance. In the 19th century a second generation of Romanticist poets emerged including Percy Bysshe Shelley, John Keats and Lord Byron. This new strand of writers took inspiration from their elders, often writing subjective responses to the natural world. They also often wrote salacious or romantic odes to their lost or unrequited loves.

Sadly, many of these early Romantic figures led tragic and lonely lives marked by poverty, disease and addiction. Many died young, well before their prime. Percy Bysshe Shelley died aged 29 during a sailing boat expedition, while John Keats was only 25 when he died of tuberculosis. This tragedy only served to heighten the raw subjectivity of their poetry, and the mysterious air of enigma around their lives.

Romanticism Was a Pioneering Art Movement

Romanticism as a visual arts movement began in around the late 18th century. It spread across England, France and Germany. Much like their literary friends, Romantic artists took inspiration from nature. They emphasized its awe-inspiring, sublime beauty, and man’s insignificance beneath it. German painter Caspar David Friedrich’s Wanderer Above the Sea of Fog, 1818 is one of the most iconic emblems of Romantic art. Other notable artists included the English landscape painters JMW Turner and John Constable. Both reveled in the wild and untamable wonder of clouds and storms. In France, Eugene Delacroix was the leader of Romantic art, painting bold, heroic and grandiose subjects.

It Paved the Way for Impressionism, and Perhaps Even All Modern Art

Romanticism undoubtedly paved the way for French Impressionism. Like the Romantics, the French Impressionists looked to nature for inspiration. They also focused on their individual subjective response to the world around them, with daringly expressive passages of paint. In fact, we might even say the Romantic reliance on individual subjectivity inspired modern art, from the Post-Impressionism of Vincent van Gogh and Edvard Munch, to the later Fauvism of Henri Matisse and Andre Derain, and the wild Expressionism of Wassily Kandinsky and Franz Marc.

Romanticism Was a Style of Music

German composer Ludwig Beethoven was one of the first to explore Romantic styles of music. He focused on the expression of powerful drama and emotion, with daring and experimental new sounds, creating some of the most iconic melodies of all time. Beethoven’s piano sonatas and orchestral symphonies went on to influence many generations of composers to follow, including Franz Schubert, Robert Schumann and Felix Mendelssohn.

The Romantic Era Was a Golden Age for Opera

The Romantic era is often considered a ‘golden age’ for Opera across much of Europe. Composers such as Giuseppe Verdi and Richard Wagner wrote stirring and haunting performances that stunned viewers with their haunting melodies and raw human emotions. Verdi’s Il Trovatore (1852) and La Traviata (1853) remain some of the most beloved operas of all time, as are Wagner’s timeless and iconic operas Siegfried (1857) and Parsifal (1882).

Beethoven: The Composer Who Lost His Hearing and Found Inspiration