The downfall of tyrants and traitors in the Roman world was often celebrated by the destruction of statues, inscriptions, and even coins, but can the past ever truly be forgotten?

“They hurled down, beat down, and dragged down all his images, as though they were thereby treating the man himself…” Such was the fate of Sejanus, the tyrannical Praetorian Prefect of the Emperor Tiberius. His downfall in AD 31 was marked by the spontaneous destruction of his statues, as the Romans vented their rage for the man upon his likeness. The ritualistic destruction of images, inscriptions, and even coins – today known as damnatio memoriae – is a recurring theme throughout the history of ancient Rome.

To walk through the streets of ancient Rome and its empire is to walk in the shadow of the past. Roman culture was moulded and motivated by memory; a desire to continue the traditions of illustrious forebears competed with a desire to blaze one’s own glorious trail. Few practices express the importance of memory more than the display of the imagines, as famously described by the Greek historian Polybius in the second century BC. These were the funeral masks and busts of ancestors that were displayed in the atriums of aristocratic houses, meant to impress visitors in the highly competitive environment of Republican Rome.

The change from Republic to Empire did not see a reduction in the importance of memory, but rather a redirection. Now, the subject of celebration and of competition was the emperor and his family, and his successors and rivals. The image of the emperor, whether on a colossal statue in the forum of a provincial town or on the silver coin in the hand of a senator, became the central unifying image of the empire.

The image of the emperor was, ultimately, an image of stability. Whether presented astride his horse as  triumphal general, or piously veiled as pontifex maximus (chief priest), his image was a proclamation that the Roman world was in order; the empire’s enemies had been vanquished, its gods appeased.

However, no two images of the emperor were the same. Several letters attest to poor quality imitations around the empire. A notable example is from Arrian – famous for his history of Alexander the Great – to the emperor Hadrian from his provincial command on Black Sea. Arrian laments that the statue “bears no resemblance” to the emperor and requests he send a worthy replacement! This was important as the image of the emperor was a proxy for the emperor himself: it was meant to be respected. Infamously, the emperor Caracalla sentenced one unlucky soldier to death for attempting to pay for the services of a prostitute with a coin bearing his likeness.

The potency of these imperial images is further testified to their fate following the death of an emperor. A recurring feature of imperial history is that where an unpopular emperor was violently removed from power, whether assassinated or usurped by a military coup, his images were also violently deposed. Statues were pulled down and attacked, names on inscriptions were hacked away, and coins melted down.

In the 17th century, this practice was labelled damnatio memoriae, or the condemnation of memory. However, the term remains problematic. It is an enduring neologism, but one that fails to capture the realities of the phenomenon. There was no legal process to this destruction of an image, nor was there a fixed set of practices; often such destruction was spontaneous, a material catharsis at the downfall of a tyrannical leader. Moreover, the gaping material wounds in Roman society loudly exclaimed the death of the tyrant. Far from condemning the memory, the destruction of images served to create lasting memories of disgrace. The memory of tyranny could not be erased, but it could be disgraced; the historical narrative was rewritten to educate and warn future generations.

Disgrace in the Roman Republic

Memory sanctions, as damnatio memoriae is sometimes defined by Classicists today, was not a phenomenon unique to the Roman Empire. Attempts to disgrace the memory of nefarious individuals had occurred throughout the Republican period, and even in earlier societies such as Classical Athens (5th Century BC), where the practice was known as kataskaphê, the destruction of the house.

In the Roman Republic, the crime that was often punished by the condemnation of one’s memory was aspiring to monarchical power; Kings, and the abuses of autocratic power, cast a long shadow over the Roman political psyche. Perhaps the most notable example is that of Marcus Manlius Capitolinus. Famous as the man who saved the Republic from the Gauls in 390 BC (with help from the honking Geese), Manlius was later accused of populist politics. Convicted of monarchical aspirations, and attempting to leverage popular support for political gain, he was thrown from the Tarpeian Rock in 384 BC. To compound his disgrace, the Senate razed his house on the Capitoline Hill. The destruction of Manlius’ material served, counter-intuitively, to compel the Republic to remember his disgrace and to warn other potential populists of their fate.

Infamous today as the villain in Ridley Scott’s epic, Gladiator (2000), the life of the real Emperor Commodus reads as almost too dramatic for a Hollywood blockbuster. As the son of Marcus Aurelius, the philosopher emperor, hopes were high that Commodus would follow in his father’s footsteps. However, he quickly gave way to vices of despotism and tyranny. Alongside the expected crimes of rapacity, violence and debauchery, Commodus achieved notoriety amongst Rome’s worst tyrants for fighting beasts and gladiators in the arena, and even claiming he was Hercules and planning to change the name of Rome to Commodiana! His outlandish behaviour was too much, and he was assassinated on New Year’s Eve, AD 192.

His death was celebrated in Rome and offers one of the most vivid accounts of damnatio memoriae. The liberated senators allegedly proclaimed: “the statues of the murdered and gladiator, let them be cast down… Let the moment of the murderer and the gladiator be utterly wiped away”! Such was the general euphoria at Commmodus’ downfall, and the enthusiasm with which his likenesses were attacked, that it is rare for archaeologists to recover an undamaged statue or inscription of the disgraced emperor.

In much the same way that the term damnatio memoriae rather inadequately to capture the complex, and often spontaneous, nature of Roman attacks upon the memory of its worst criminals, so too does it fall short of conveying the practical complexities of memory sanctions. Despite being the rulers of a vast, fabulously wealthy, cosmopolitan empire, the ancient Romans should also be noted for their pragmatism.

Not only is destroying statues hard work, but when the statues are made of luxurious marbles or precious metals, it can be an expensive business too. Often, the portraits of condemned emperors were re-carved to show the likenesses of their successors. This process occurs throughout the history of Rome, and across the empire. A keen-eyed investigation of the portraits of emperors such as Claudius and Nerva will often reveal details of re-working (usually around the ears and back of the head) that indicate that these were once portraits of the condemned Caligula and Domitian. This was a highly technical process that served to more emphatically silence the memory of tyranny.

Perhaps the most famous example of damnatio memoriae from Roman history, and the one that most clearly demonstrates its central paradox, is that of Geta. The son of Septimius Severus, and the brother of Caracalla, Geta briefly shared power with his older brother in AD 212. However, the sibling rivalry spilled over into fratricide; the young man was murdered in his mother’s arms on the orders of his brother.

Caracalla moved to destroy and silence every aspect of his brother’s memory. Across the empire his statues were toppled and his image on coinage was countermarked, even his friends were murdered. However, everywhere this destruction occurred, the accusing absences in the material serve to remind the viewer of the death of Geta and Caracalla’s crime. This is perhaps most clear on the monumental Arch of Septimius Severus in the Roman Forum. Built to commemorate the Parthian campaigns of his father in the late 2nd century, the dedicatory inscription originally celebrated Severus, Caracalla, and Geta. Following the memory sanctions however, the inscription was altered and the clumsy attempts to re-write history are visibly to this day. Caracalla’s best efforts to consign his brother to oblivion were futile.

It would be a mistake to presume that damnatio memoriae was a phenomenon unique to the ancients. Images have retained their potency throughout the centuries and even in the modern world they continue to exert their influence as symbols of power. The toppling of the statue of Saddam Hussein in Firdos Square in April 2003 is an iconic snapshot of regime change in Iraq for instance, and the gathered crowds hurling abuse at the toppled image confirm how the likeness retained its role as a proxy for the leader.

Even the paradoxes of damnatio memoriae have remained. In a world of technological advancements, the total destruction of memory has remained an elusive goal for dictators. The Stalinist purges of the Soviet Union may have been mirrored by figures vanishing from photographs too, but even today, the absences make their presence felt. 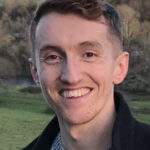 By Kieren JohnsPhD Classics & Ancient HistoryKieren is a UK based contributing writer with a PhD in Classics and Ancient History. His thesis explored the representation and status of the Severan emperors. He is passionate about sharing his interest in the past with as many people as possible. Away from his research, Kieren is also interested in arts, literature, and travel.