Don Quixote by Miguel de Cervantes is an epic novel and a precursor to many modern works of fiction. This article will explore key elements in the book using Pablo Picasso’s painting Don Quixote (1955).

An epic is defined as a fictional work that successfully interweaves different kinds of genres into one. Don Quixote is a story that combines adventure, drama, romance, comedy, and history. Although we will not explore all aspects of the novel in this article, Picasso’s painting allows us to analyze a few key elements, namely, imagination and partnerships. These are key to the book because they are the first of their kind and heavily influence modern storytelling in print and TV.

Dulcina del Toboso is the object of Quixote’s affection. He sets out on his knightly adventures across the Spanish countryside, adamant he will win her love through a series of noble exploits. Quixote’s sidekick, Sancho Panza, enters the narrative after a group of merchants beats up the aspiring knight.

Irony in Don Quixote comes through his many defeats and blunders. Knighthood and chivalry are grand, noble ideas, but Don Quixote consistently falls flat on his face. In part II of the novel, there is a scene where he is defeated in battle by a white knight. The white knight turns out to be a student toying and having fun at Don Quixote’s expense.

In another part II scene, a Duke and Duchess have various encounters with Quixote and Sancho, and they play a series of mischievous pranks on the two. At another point in the book, Don Quixote frees a group of hardened criminals in the countryside from a marching contingent of Spanish soldiers. Hardly a noble deed and irony at its highest point. And early in the novel, we see Quixote fight a group of windmills. This scene is one of the most memorable from the novel. Quixote is convinced he is about to wage war on a group of giants in the countryside. On his horse, Rocinante, he charges a windmill at full speed only to be stopped and thrown to the ground. His lance gets stuck in the windmill. He eventually convinces himself the giants had turned to windmills under a secret spell. This is, again, another loss for Don Quixote.

Eventually, Don Quixote is taken home by his priest and his barber. They are both his friends and show genuine concern for Don Quixote’s mental state throughout the book. After Quixote meets Cardenio in the woods, his friends concoct a plan to trick him back home. Their plan is a success, and they end up taking Don Quixote captive in a large cage. Don Quixote was convinced that he was under a spell. Once home, Don Quixote renounces knighthood and chivalry as complete foolishness. Soon after this, he falls ill and eventually dies from a fever.

Pablo Picasso was a famous painter who was born in Spain in 1881. He started learning about painting from his father at the young age of 7. He completed his first painting at the age of 9, La Picador, a young man riding a horse in a bullfight. His first major painting was the First Communion. It showed his mother, father, and sister kneeling before an altar. As his career progressed, some of Picasso’s major works fell under the category of what is called Cubism: the use of fragmented geometric shapes to convey a larger and bigger picture.

Pablo Picasso painted Don Quixote in 1955 as a tribute to the book and the knight. This painting was different from previous works by Picasso and the Cubist style that he pursued for much of his career. In Picasso’s painting, Don Quixote is on top of his horse Rocinante. He is sitting tall and firm while towering over Sancho. Sancho is also sitting on top of his donkey and straining while looking up at Don Quixote. The two look like they are in conversation, which is a constant in the novel. In the painting, Quixote is proudly wearing Mambrino’s helmet. Mambrino was a fictional king who was heralded in literature as a great knight. In the novel Don Quixote, the helmet is nothing more than a basin that Quixote steals from a barber who used it to protect his head from the rain.

Picasso also shows Quixote carrying his lance and his shield. The sun burns bright in the picture and gives the impression that the two characters are hot, tired, and weary. The entire painting is in black and white. In the background are the windmills that Don Quixote mistakes as giants.

There are two major elements visible in Pablo Picasso’s painting. These same elements are prevalent in the book, and they are arguably the most important themes in Don Quixote. The first element, or theme, is the partnership between Sancho and Don Quixote. Pablo Picasso’s painting vividly shows the two in dialogue right before Quixote attacks the windmills. The second theme is imagination. Picasso’s Don Quixote chose to depict the scene where Quixote thinks giants turned to windmills. This is a major part of the story, and we can begin to question conventional norms and reality versus one’s imagination.

On the surface, and void of a deeper look, Don Quixote appears like he is mentally sick. He is a man who cannot distinguish between reality and fantasy. The beginning of the book tells the reader that Quixote went mad from reading fictional knight stories. Picasso chose to depict the windmill scene in his painting as a nod to the scene which most significantly portrays Quixote’s mental health and confusion with reality and fantasy. But this is exactly what the novel wants the reader to question both about Don Quixote and life in general.

“Too much sanity maybe madness. And maddest of all, is to see life as it is and not as it should be.”

Life and death are constants for every human born to earth. Life needs to be lived, and one should not necessarily live it through groups of predetermined parameters for the individual. Don Quixote is an example of living out his imaginations despite danger, ridicule, bankruptcy, and health. He is a visionary and an idealist in every sense of the word. He is burdened with the idea that knighthood can help save his country and help win his girl, so this is the reality he pursues. Don Quixote lives outside the box and does not conform to any notion of preset parameters imposed upon him. It is up to the reader to decide if Quixote is mad because he operates outside of the reality of conventional norms. Or if he is sane because he imagines what the world should be and purses that aggressively.

Often, great works of fiction are larger commentaries on the state of life the author perceives in their time. Don Quixote is no different, as the author of the novel, Miguel Cervantes, grew up in a time of the good and the bad with the Spanish monarchy. In fact, in Cervantes’s time, he was tried by the Inquisition and ex-communicated from the Catholic Church in 1597 by King Ferdinand and Queen Isabella.

The Inquisition was a strong government play to protect the purity of religion and Catholicism in Spain. It stands to reason that Don Quixote, a man who questions reality, also fits into the larger commentary against the abuses of the Spanish government of the day. The novel depicts a great tension between imagination and reality. As we understand more regarding the situation in Spain during Cervantes’ life, we gain a deeper understanding of the context around the writing of Don Quixote. When Quixote attacks the windmills, the reader’s first thought is that he must be crazy. As we move to understand the novel and its background, we cannot help but come back to the quote given by Cervantes earlier in this section.

The enduring partnership between Quixote and Sancho is one of the major themes in the novel. In Pablo Picasso’s painting, the two are depicted in an intense dialogue just before Don Quixote charges the windmills. The nature of this type of dialogue happens many times throughout the book.

A brief examination of the differences between the two’s personalities will offer insight into why this dialogue is so important to the novel. Don Quixote is a non-realist, whom Sancho considers to be mad. To Sancho, Quixote is impractical and beyond reason. Sancho cannot understand what moves Don Quixote to action because he is wired so differently. Where Quixote lives out his imagination, Sancho lives in reality. Where Quixote is impractical, Sancho is practical. If Quixote has lost his mind, Sancho is grounded in facts. Quixote sees opportunity, and Sancho sees risks. They are a type of Yin and Yang throughout the novel.

“Destiny guides our fortunes more favorably than we could have expected. Look there, Sancho Panza, my friend, and see those thirty or so wild giants, with whom I intend to do battle and kill each and all of them, so with their stolen booty we can begin to enrich ourselves. This is noble, righteous warfare, for it is wonderfully useful to God to have such an evil race wiped from the face of the earth.”

“The ones you can see over there,” answered his master, “with the huge arms, some of which are very nearly two leagues long.”

“Now look, your grace,” said Sancho, “what you see over there aren’t giants, but windmills, and what seems to be arms are just their sails, that go around in the wind and turn the millstone.”

“Obviously,” replied Don Quixote, “you don’t know much about adventures.”

Sancho is the embodiment of pragmatism. In the novel, he laments about death and talks with Quixote about embracing this simple fact of life. Sancho’s pragmatism is the exact opposite and balances Quixote’s extreme idealism. This tension plays out throughout the entirety of the novel, and its balancing act is how the author creates irony. Don Quixote and Sancho’s partnership is revolutionary regarding storytelling.

Many film and TV “duos” are modeled after the Yin and Yang nature of Quixote and Sancho. The relationship pattern does not know boundaries when it comes to genres of storytelling either. Western fiction, crime fiction, and romance fiction all create tension in which one partner is pragmatic and the other is extremely idealistic. For example, in Larry McMurtry’s cult classic Lonesome Dove, Texas Rangers Gus McCrae’s and Woodrow Call’s personalities and relationship are supposedly modeled directly after Don and Sancho. Thus, the “unspoken” dialogue between the two in Picasso’s painting is rich in its context, and Picasso does an excellent job at conveying this relationship tension through his painting. 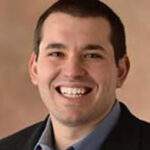 By Jeff DiSandroBA Criminology w/ Psychology, MS. Ed w/HistoryJeff holds a BA in Criminology with a minor in Psychology, M.S. Ed, and an academic certification in basic law with an emphasis on the bill of rights and civil liberties. I’m also a professionally certified high school social studies teacher with experience in world history, European history, economics, and government. Economics, politics, and all things history are among my favorite nonfiction hobbies, and I read about one book per week on various topics. I have attended a wide variety of professional workshops ranging from study at the federal reserve to seminars on comparative government.

Government and Direct Democracy Throughout History
By Jeff DiSandro, in Stories