HomeArtGerman Romanticism: A Revolt Against Capitalism and Progress

German Romanticism was a movement during the late 18th and early 19th centuries. It was, at its core, a revolt against material progress and industrialization. 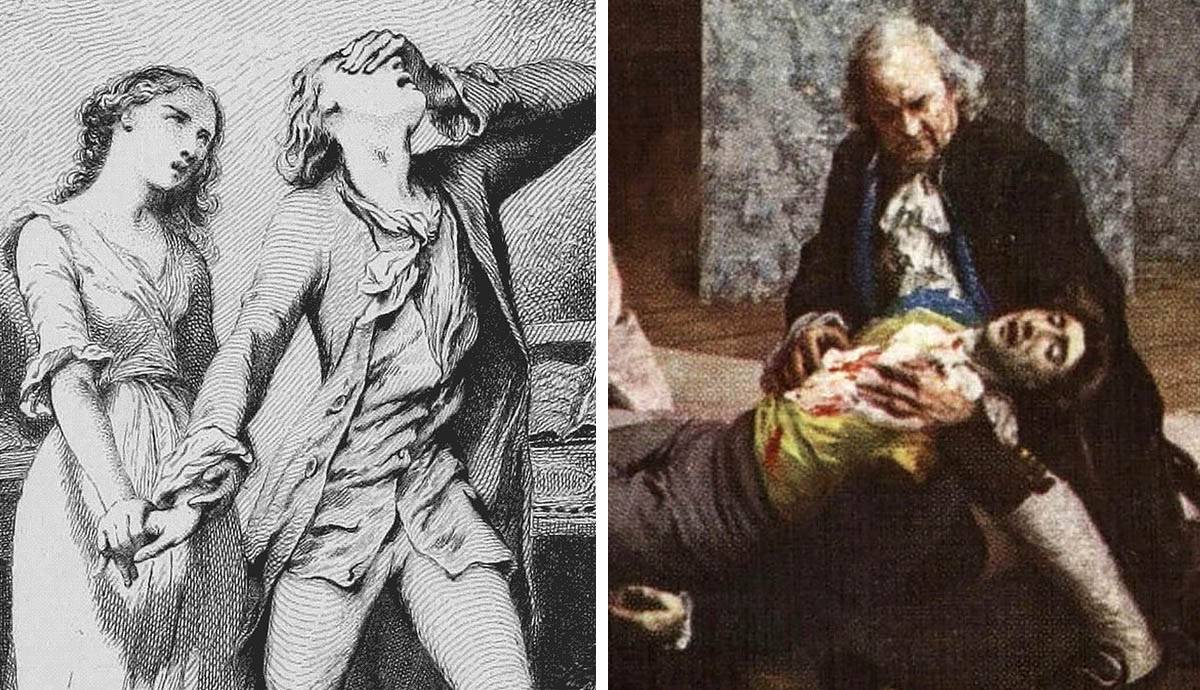 German Romanticism, the first movement of the Romantic current, was first and foremost a revolt against a world of reason, material progress, and industrialization. German Romantics, such as Novalis or Goethe, valued the unknown, the mysterious, and the supernatural. By placing artistic transgression and emotion above reason and beauty, they transformed how we think about art today. A revolt in its essence, German Romanticism is full of contradictions and paradoxes which express its tumultuous character.

What Is German Romanticism?

Despite having “romance” as its root word, Romanticism does not necessarily have to do with love or romance. During the 18th century, “romantic” in English as well as in German meant poetic, fanciful, or fantastic, usually with a negative connotation. A romantic person was detached from society and modernity, who lost themselves in thought and was prone to emotional chaos. All these characteristics were valued and embodied by the German Romanticists.

German Romanticism began as a revolt against an increasingly industrialized society. According to romanticists, modernity caused reason to be valued above emotion, and traditional values and rural lifestyles became underappreciated. The 18th and 19th centuries saw an increase in capitalist values related to profit and exploitation of workers, and Romanticists faced these developments with disappointment.

In Romantic thought, there is a strong focus on the individual and their emotions. The German Romantic movement encourages communion with nature, a return to the countryside, and searching for a lost, idyllic past. At the same time, it repudiates economic trade, industrialization, and life in big cities where people have become mere numbers. For this reason, Romanticism can be seen as a revolt against the societal values of its time.

A Revolt Against Reason & Progress

Before German Romanticism, the German-speaking territories changed significantly through the introduction of Enlightenment thought, a movement in the 17th and 18th centuries. As the Enlightenment spread throughout Europe, reason became valued above religion. This meant an increasing trust in using reason and logic for solving not only mathematical or scientific questions but also questions pertaining to philosophy and life. During this movement, emotion, the supernatural, and the occult were significantly devalued, as they have no rational value.

The Enlightenment also coincided with the advent of capitalism. During the 18th century, the first industrialization movements began in some European countries and capital cities. Through the French Revolution and several societal reforms throughout Europe, the Bourgeoise gained power and influence. The result was the growth of a market economy and an increased focus on profit. For the German Romanticists, this modernization became synonymous with a loss of humanity and devaluation of the subjective individual experience.

German Romanticism was, then, a revolt against modernity, industrialization, and capitalism. According to German Romanticists, modernity leads to the dehumanization of individuals, turning them into mere cogs in a profit system. Romantics idealized the countryside and the past, even if the past they longed for had never quite existed.

German Romanticism was then a current of thought founded upon a refusal of modernity and material prosperity. In other words, German Romanticists were disenchanted with the development of society. They longed for an idyllic past, a life in the countryside, and a return to traditional and rural values.

This disappointment came, in part, from the French Revolution. At first, Germans regarded the French Revolution with great admiration. The values of liberty, reason, and democracy were finally triumphing over despotism. However, when the situation in France turned to rampant violence, many Germans were disappointed and saw the revolution as a missed opportunity. Because these events took place during a founding moment of the Romantic movement in Germany, they also shaped it. German Romantics were not only disappointed in capitalism and modernity, but they had also lost hope for revolution and a better future. This meant, essentially, that no other option was left but to turn to an idealized version of the past, where humanity was not yet lost.

Communion With Nature & Nostalgia For a Lost Past

After being disappointed in modernity and losing hope for a better future, German Romanticists found that they could only search for humanity in the past. The past they longed for was not necessarily one that had existed but rather an idealized version of it when humanity was still at peace and connected to nature. Because this time may never have existed, German Romanticists often longed for something they could not quite define. For this reason, nostalgia for something unknown or unattainable is one of the most critical characteristics of German Romanticism.

For German Romanticists, turning to the past was significantly tied with turning to nature. Nature meant quiet and peace and represented the time when humanity was not yet constrained by capitalism and its norms. In nature, one could get away from the masses and movement of the city and be in tune with oneself.

Interestingly, in German Romantic literary and artistic works, nature can be depicted both as idyllic and peaceful, as well as tumultuous and terrifying. Often, nature reflects the inner life of the artist or the main character: it is tumultuous and stirring when the subject’s own emotions are in a similar state. In a way, nature in German Romantic art is often a window into the artist’s own emotions.

The Value of the Sublime

The valorization of the sublime, the supernatural, and the unknown by German Romanticism conflicted with artistic movements of the previous centuries: (Neo)classicism and Baroque. During these movements, the arts usually depicted mythological and religious scenes, which had been portrayed time and time again. The goal was to perfect a given scene, making it ever more harmonious and beautiful.

Romantic painting, on the other hand, didn’t conform to these norms since they limited the artist’s expression. The goal for German Romantic painters was to create stirring, intense, and sometimes shocking paintings that had the capacity to profoundly move the viewer. According to German Romanticists, paintings should rouse viewers and stimulate their emotions, causing a reaction that reason cannot explain.

For this reason, it can be said that German Romanticism changed the way we perceive and value art. More often than not, modern viewers don’t search only for beauty or harmony in art but also for emotion and intensity.

The artistic change caused by the German Romantic movement was felt not only in painting but also in music. German Romanticism produced one of the most famous composers ever: Ludwig van Beethoven.

Beethoven went through several different periods during his musical career, sometimes being closer and other times further from German Romanticism. This composer is considered to have made the bridge between classical and romantic music. Using the former technique, he created highly intense compositions that embody the true meaning of the sublime.

Beethoven’s music expresses a revolt against classical and baroque norms and, consequently, against society and its norms. Beethoven’s compositions convey intensity and violence instead of coming across as harmonious or peaceful.

Werther: The Literary Hero of the Durm Und Strang Movement

The philosophical ideals of German Romanticism manifested most strongly in literature. Various authors created characters who embodied everything valued by Romanticism: tumultuous and intense emotions, a refusal to conform to societal norms, and a need to transgress. Of the many authors who contributed to German Romanticism, Johann Wolfgang von Goethe is regarded as the most important.

During the pre-romantic period in Germany, usually called Sturm und Drang (Storm and Stress), Goethe wrote The Sorrows of Young Werther. The protagonist, Werther, is a young man who recently abandoned the city where he lived for the countryside. At first, he is marveled by the quiet and peaceful life of the rural area; he finds profound happiness in the communion with nature and observation of the peasant’s daily routines. However, he soon falls deeply in love with Charlotte, an engaged young woman, while her fiancé is away on business. Upon his return, Werther realizes that his love for Charlotte cannot be fulfilled and falls into deep despair.

Despite being well-liked by both Charlotte and her fiancé, Albert, Werther is deeply troubled. Werther’s feelings are always extreme, ranging from euphoria to despair. He doesn’t hide his feelings; quite on the contrary, he cries often and expresses his sufferings to those around him. Unlike Albert, who is calm, collected, and engaged in profitable business, Werther is constantly overwhelmed by his tumultuous emotions and unable to live a normal life according to bourgeois values. In the end, unable to cope with his overwhelming emotions, Werther commits suicide.

The Sorrows of Young Werther was extremely famous and controversial in its time. Instead of a brave, fearless hero, who overcomes obstacles, Werther is highly vulnerable and emotional, unable to conform to society.

In their revolt against society and its norms, German Romantic characters are often anti-heroes, or individualistic heroes who transgress. This transgression can occur by disobeying or disregarding society’s rules, as does Werther by being excessively emotional and not fitting in. As German Romanticism progresses, transgression becomes increasingly tied with supernatural or ungodly pacts, originating from a deep dissatisfaction with worldly life. This is the case of Faust, the iconic main character in the most famous work of German literature, Goethe’s Faust.

In this work, Goethe tells the story of Faust, a character who is extremely unhappy with his life, which he has fully devoted to studying. Despite his efforts, Faust feels he hasn’t really achieved anything and longs for a deeper knowledge of the world and its mysteries. Faust is a character who transgresses, looking for knowledge through supernatural means. For this reason, the devil Mephistopheles offers him a pact: if Faust sells his soul, Mephistopheles will help him achieve what he longs for.

Faust’s transgression represents the Romantic dissatisfaction with worldly life and bourgeois values. He is a highly individualistic character, whose emotions vary like those of Werther’s: he either feels godly and undefeatable or worthless and hopeless. Because of his desire to go further and defy godly values, Faust is regarded as a Romantic anti-hero.

German Romanticism was an innovative movement that went through several different phases and expressed itself in a multitude of ways. It is, in its essence, a revolt against modernity and material progress, against society’s norms and the overvaluation of reason. It is a current of thought that values all that is emotional, unknown, unconscious, and even supernatural or ungodly.

Because it is a current of thought, one can argue that the German Romantic movement isn’t quite over. It finds expression repeatedly in artists who express disappointment in our consumerist society and in a world in which humanity seems to be lost. German Romanticism is the movement that truly began the idealization of nature and rural life, which still occurs nowadays, given the world’s ever-growing industrialization and material progress. 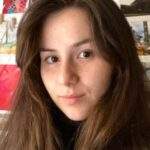