HomePhilosophyIdeas of God’s Existence Around the World

God’s existence has been debated since time immemorial. With the advent of the theory of Evolution and the Big Bang theory, the idea of a monotheistic Christian God had to change.

There are seven continents in the world, all home to different nationalities trying to live a good life and searching for a God to commune with. God’s existence came into focus as the pinnacle of all inquiry. Does God exist? Who is He and can He be known? How should He be worshiped and acknowledged? Can a mortal man talk to an immortal God? The search for God is always relevant and for different reasons, be it wealth or peace but it is an issue constantly grappled with.

Being the most populous continent, its largest countries being, China, India, Kazakhstan, Saudi Arabia, Indonesia, Iran, Pakistan, Mongolia, to mention a few, it is no surprise that Asia is the birthplace of many religions such as Christianity, Judaism, Buddhism, Confucianism, Hinduism, Islam, Jainism, Shinto, Sikhism, Taoism, and Zoroastrianism.

The many religions are a clear indication of the pursuit of God. Each religion is searching for the ultimate God or a certain spiritual God. Whether religion comes in a theistic or non-theistic form, the ultimate goal is communicating with a deity. It is not a question of God’s existence, it is a question of which one is the supreme God.

Signe Cohen (2009), a scholar of Asian religions, explains how Buddha rejected the idea of a creator God. Moreover, the Buddhist philosophers argue that the belief in an eternal God is, “…nothing but a distraction for humans seeking enlightenment.” Therefore, it is better to seek enlightenment than focus on irrelevant gods. One could argue that seeking enlightenment is a way for men to seek self-autonomy. It is, in a way, a denial of God’s existence.

According to Pradip Kumar Ray (2021), the Charvaka, also called Lokayata, thought we should deny God’s existence along with anything that is unverifiable. They were a school of thought in India in the 6th Century BCE. They believed that there was no life after death and indulged in sensual pleasures. They believed in living an all-encompassing and pleasurable life because there was no other world other than the present one. They rejected the idea of having a soul and God’s existence.

Asia’s history is full of deities, and it is no surprise that in the contemporary world the belief in different deities is still prevalent. Mesopotamia, which is a historic region of West Asia, boasts of a fertility goddess, Ishtar (Deianira Morris: 2022). She was a goddess of sex as well as a godess of war.

Humanity has often believed that a spirit or God should be behind what takes place in human lives. There has to be a god of war, prosperity, or rain. Whatever the need or focus of man is, there is a God behind it. The biblical God is also a God of war. The Israelites depended on their God to win wars. There has always been a belief in God or gods.

Religious beliefs in Europe (France, Germany, Italy, and The United Kingdom being some of the main countries) are varied, with Christianity being the largest religion. In his studies, Oliver Roy (2020) proclaims that without a doubt, Europe is a product of Christianity (specifically Latin Christianity).

There was a common belief that God is supreme and He should be worshipped. According to Amy Troolin (2021), early Medieval art is distinctly Christian. Christianity influenced all sorts of forms of art. God’s existence was extensively acknowledged and was thought of as the reason for existence; it gave people purpose.

Although a great number of Europeans still believe in God’s existence, it does not necessarily mean the God of the Bible. Most people go to church a few times a year, mainly on Christmas and Easter. The God of the Ten Commandments, purity, and faithfulness have been watered down. His doctrines and rules have been put on a cocktail table where people get to choose and pick what they want to keep and toss away.

Liberal thinking is promoted and people who follow the commandments of God stringently are usually frowned upon and called a fanatic. Although God’s existence is acknowledged, his instructions and way of life are not embraced fully in contemporary European society.

Whether Africans worship God or ancestors is an interminable debate. One has to acquire deep knowledge of African culture to unravel the mysteries of African worship. Is it ancestral worship? Or is it worshipping God through the ancestors as mediators?

God is seen as the Supreme Being and creator of heaven and earth, and it is not believed that he can be approached by the living directly. Dr. Velaphi Bhedlindaba Mkhize, an author and a poet highly regarded as an expert on African traditions, writes about how the African ancestors are seen as spiritual intermediaries.

To the African man, there has never been a doubt of God’s existence. After all, the ancestors are thought to be able to communicate with the ultimate God, receiving and sending requests to Him from the earthly realm. It is common for African Christians to honor their ancestors and attend ancestral celebrations. To them, these rituals are as important as prayer is to the Roman Catholics, who pray by going through all the historical Christian saints.

Perhaps the controversy lies in the issue of possession. For the living to communicate with the ancestors, there has to be a chosen vessel. The ancestors will seem to possess this vessel and are able to speak through it. In Christianity, this is sometimes thought to be demonic possession.

Christianity, the First Religion in Antarctica

Undoubtedly, religion has reached every corner of the Earth. Antarctica boasts of at least seven churches. According to John Misachi (2017), Christianity was first established in Antarctica by captain Aeneas Mackintosh in 1916. The first religious service was held in 1947 by William Menster with about 2000 people from different denominations. Christianity was then a unifying factor for Antarctica.

Though Christianity is the dominant religion, there are Muslims and Atheists who have resided in Antarctica, but their percentage in comparison to Christianity is of minor importance.

In numerous South American countries, Catholicism is the principal religion. There is freedom of religion and a clear separation of the church from the state. Protestantism is a minority religion. However, it still falls under Christianity. Other religions practiced in South America include Judaism and Buddhism.

Even though there is diversification of religions, the acknowledgment of God’s existence is indisputable. Catholicism has significantly influenced art, philosophy, and law. Catholicism and its religious rites are also blended with African magic, producing the dreaded practice of Voodoo (Olivia Barrett: 2022). Voodoo states that the souls of the dead live alongside the living. It includes the belief in the afterlife. It is classified as a ‘syncretic’ faith and is usually practiced in secret.

This intense investigation of the spiritual world is a thirst for answers that go beyond the grave. What else exists beyond the physical realm? And if God exists, why does He seem to be silent?

South American Christianity focuses on the well-being and the elevation of people. It focuses on a peaceful God. They believe in making changes for the better. The belief in God is still strong. The predominance of Catholicism has instilled beliefs in an all-powerful God who is a proponent of social justice and equality.

North America is predominantly made up of three countries, the United States, Canada, and Mexico. The dominant religion practiced is Christianity. In America, a significant number of people change religions during their life. Perhaps the reason might be a thirst for more in religion. As human beings evolve, their quest for knowledge and a fulfilling religion intensifies.

There is a new trend of believing in a higher power but not in the God of the Bible. This could explain the explosion of universalism; a belief that claims that all religions are founded on truths that are universal and can bring purpose and meaning to the lives of all human beings. In layman’s terms, Universalism is a fusion of all religions. It does not eliminate the biblical God, but it brings him to the level of all other gods; it rules him out as the supreme almighty God.

Surprisingly, the younger generation is more open to the idea that there is more than what we see and touch. The new generations tend to experiment with religion. They seek what is beyond the physical. They are more open to new ideas, not bound or confined by tradition. To the young, God’s existence is real, and spirits and angels are real. Their minds are ready to explore the supernatural.

A belief that humans have souls, i.e. that human beings are more than matter, is quite common in Australia. However, this does not necessarily translate to a belief in God’s existence. According to the Australian Bureau of Statistics, the number of people reporting no religion in Australia is constantly increasing, especially amongst teenagers.

Religion and its concepts are being constantly changed. In contemporary society, the idea of one God is no longer dominant and more importance is put into being spiritually conscious. The world is constantly changing, and ideas on God are also changing. God seems to be moulded into what a human being wants Him to be; a God who accepts fornication, adultery, idolatry and the once untouchable issues of homosexuality are now seen as acceptable. If one believes in a God who shuns homosexuality, he and his God are seen as backwards.

Perhaps the world wants a God who conforms to its evolved lifestyle, not an ancient white-bearded God who is not in line with progressive values. Most people are opting to be spiritual but not religious. Can anyone be blamed for confusion on the issue of God? Christianity has been having issues with its church as far back as the 6th century BCE when the priest Arius denied Christ’s divinity (Igor Radulovic: 2021). This was just one of the reasons why the Nicaea conference was called. There was an urgent need to define with clarity the issues surrounding the Trinity. But if it is so hard to settle issues in-house, how is the rest of the world supposed to tackle the problem of God’s existence? 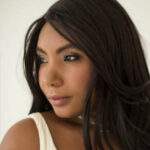 Sikh Gurus: Who Are the 10 Spiritual Leaders of Sikhism?