Ishtar was one of the most prominent Mesopotamian Goddesses. A dualistic deity Babylon with a variety of roles, Ishtar defied conventional categories and her influence extended beyond humanity’s first civilizations. 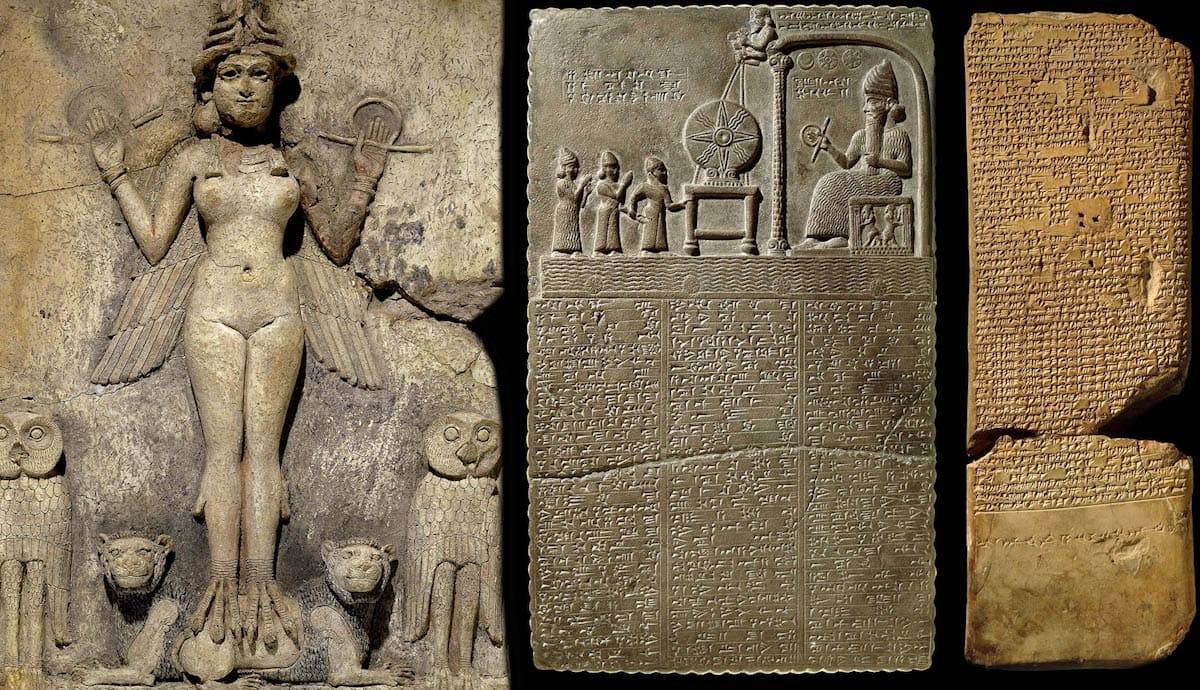 The ancient region of Mesopotamia was home to the first civilizations in human history, unsurprisingly earning it the title of the “Cradle of Civilization”. From roughly 3200 BCE to the fall of the Persian Empire in 331 BCE, civilizations such as the Sumerians, Akkadians, Babylonians, and Assyrians made their home between the Tigris and the Euphrates rivers. As with most ancient cultures, the Mesopotamians were polytheistic societies who worshipped a diverse multitude of deities that oversaw every aspect of their world. One of the most complex and important Mesopotamian goddesses was Ishtar, the goddess of love, sex, and war.

Ishtar: The First Goddess of Love

In the earliest days of Mesopotamia, the goddess of love was not known as “Ishtar”. Rather, she was worshipped by the Sumerians as “Inanna”, and would later be called Ishtar by the Akkadians, Babylonians, and Assyrians. Interestingly, some scholars believe that Inanna and Ishtar were originally two separate deities that were merged into one being over time. It is known with relative certainty that Ishtar had a twin brother, who was originally known as Utu among the Sumerians and later renamed Shamash. The goddess of love also had an older sister named Ereshkigal, who ruled the Mesopotamian underworld, Kur. However, it is unclear who Ishtar’s parents were. Some records indicate that Ishtar was the daughter of Nanna, the god of the moon, and Ningal, the goddess of the reeds. The husband of goddess Ishtar was Dumuzi, also known as Tammuz, who was worshiped as the god of shepherds.

One of the most well-known myths featuring goddess Ishtar is centered around the death of her husband, Dumuzi/Tammuz. Interestingly, there are two versions of Dumuzi’s death. In one version, the shepherd god is killed by bandits and Ishtar, referred to as Inanna in these texts, bitterly mourns his passing. In another tale, Ishtar descends into the Underworld and is killed by her sister Ereshkigal. However, Ishtar orchestrates her resurrection by offering her Dumuzi as a sacrifice in her place so she can return to the world of the living.

Another prominent Mesopotamian text where goddess Ishtar appears is the Epic of Gilgamesh, where the goddess of love takes an interest in Gilgamesh and offers to become his wife. However, Gilgamesh refuses Ishtar’s advances, insulting the goddess and accusing her of leading her previous lovers to horrible fates. Angered by Gilgamesh’s rejection, the goddess sent the Bull of Heaven to kill the king and ultimately caused the death of Gilgamesh’s closest companion, Enkidu.

Depictions of Ishtar in Mesopotamian records reveal a complex deity that was dualistic, sometimes even contradictory, in nature. As the goddess of fertility and sex as well as war, Ishtar’s sphere of influence encompassed the opposing forces of life and death, and Mesopotamian texts described her as delighting in making war as much as she did in making love.

As the Mesopotamian goddess of thunderstorms, she was associated with an aspect of the natural environment which would have been a threat to the crops that the Mesopotamians depended on as their primary food source. However, this did not prevent the Mesopotamians from also associating Ishtar with storehouses and the preservation of food.

In some myths, goddess Ishtar is portrayed as a considerate lover who weeps for the death of her consort, and she was widely worshipped in Mesopotamian society as an administrator of justice. However, other narratives portrayed her in a completely opposite light. They described her as a petty deity who eventually destroyed all of her lovers and often acted in ways that appeared to contradict her role as a divine protector of justice. Examples include sending the Bull of Heaven to kill Gilgamesh for refusing to marry her, stealing divine powers from other Mesopotamian gods, and allowing her lover, Dumuzi, to be trapped in the underworld so that she could go free.

These conflicting portrayals of goddess Ishtar seem to be integrated into her overall persona, presenting her as an extremely complex Mesopotamian deity that assumed a variety of roles. Correspondingly, the contrasts in Ishtar’s persona do not appear to have detracted from her importance as a Mesopotamian deity. Instead, many scholars suggest that Ishtar’s dualistic nature may have contributed to her significance. The contradictions in the goddess’s role and character allowed her to assume a type of liminal, “in-between” position. As a result, her sphere of divine influence could include aspects of Mesopotamian life that were sometimes unrelated or even oppositional to each other. This is further demonstrated by the fact that she was also worshipped as a goddess of the transition between life and death due to her ability to come back from the underworld after she died.

The Queen of Heaven

Along with being one of the most complex Mesopotamian gods, Ishtar is also one of the most prominent ones. Goddess Ishtar is repeatedly described in Mesopotamian myths as a deity who has  “all the great divine powers” and who deserves her holy throne. She is often portrayed as a fierce goddess who rode into battle on seven giant dogs (or possibly lions), and who even the most supreme Mesopotamian deities feared when she was on the warpath. In the text Inanna and Ebih, the goddess destroys an entire mountain as a demonstration of her power. In addition to her ferocity, a number of narratives portray Ishtar as politically cunning and deft at using her intellect to gain allies or outmaneuver opponents. In the Epic of Gilgamesh, Ishtar was able to convince the supreme deity in the Mesopotamian pantheon, An, to give her the Bull of Heaven so she could take revenge against Gilgamesh for insulting her. After Ishtar was trapped in the Underworld for challenging Ereshkigal, the goddess of love was able to convince the Mesopotamian god of wisdom, Ea, to help her formulate a plan to escape.

Given all of this, it is unsurprising that goddess Ishtar was able to transcend socio-political boundaries in Mesopotamian culture to be worshipped by almost every civilization in the region. She was often referred to as the “Queen of Heaven”, and she had multiple temples across Mesopotamia in cities such as Ur and Nineveh. One of Ishtar’s largest temples was Eanna in the Sumerian metropolis of Uruk. The famous Mesopotamian king, Sargon of Akkad, was a great supporter of Ishtar and spread her worship to parts of Mesopotamia that did not yet revere the goddess of love. It is even believed that one of the surviving hymns dedicated to Ishtar may have been written by Sargon’s daughter, the priestess Enheduanna who is the oldest known author to be individually identified. Ishtar would be so revered among the Assyrians that she would be elevated to the highest deity in their pantheon, above even their own supreme god Ashur. The goddess of love had such an influence on Babylonian society that King Nebuchadnezzar II dedicated the city’s main gate to Ishtar.

Befitting for the Queen of Heaven, goddess Ishtar played a role in many major aspects of Mesopotamian society. As the Mesopotamian goddess of love and fertility, she was prayed to in all matters related to marriage and procreation. Marriage rites in ancient Mesopotamia were conducted by a priest of Ishtar, and couples having difficulties conceiving would visit the goddess’ temple to ask for her blessing.

Corresponding to her dominance over matters of love in Mesopotamian societies, Ishtar was also looked to in matters of war. In the Code of Hammurabi, the famous Babylonian king calls on Ishtar to ensure that enemies of the state would suffer disaster in war.

Ishtar’s secondary roles beyond love and war also gave her influence over many significant aspects of Mesopotamian society. As a divine administer of justice, kings such as Hammurabi would call upon goddess Ishtar to punish criminals and uphold the law. Her influence over war and justice gave her a significant amount of political power, so rulers would associate themselves with Ishtar to legitimize their royal authority.

Along with her political influence, Ishtar’s role as a liminal deity gave her unique authority over the cultural roles and boundaries of Mesopotamian societies as well. Corresponding to Ishtar’s own ability to transcend categories, the goddess of love enabled her followers to defy or even redefine social boundaries, particularly those related to gender roles. Men who became priests of Ishtar, known as gala, would sometimes assume non-binary gender roles, dress in women’s clothing, and were allowed to engage in homosexuality. Mesopotamian societies even depended on Ishtar for their main source of food, agriculture. As the goddess of thunderstorms and protector of storehouses, farmers prayed to Ishtar for the rain that helped water their crops, and implored her for a bountiful harvest.

As one of the most powerful and prominent deities in the Mesopotamian pantheon, the first civilizations depended on Ishtar for everything from their political and social structure to their source of food and their ability to procreate. Ishtar gave life and death to the first civilizations in human history, and in return, she was elevated to the highest echelons of their pantheon and worshipped for almost 3,000 years.

Corresponding to her prominence in Mesopotamian culture, Ishtar had a profound influence on the religious beliefs of other ancient societies that interacted with the Mesopotamians. One goddess that Ishtar would heavily influence was the deity known as “Ashtart” or “Astarte”. Like Ishtar, Astarte was primarily a goddess of sexuality and war. However, her sphere of influence included a diverse variety of subjects, including political power. Astarte was also referred to as the “Queen of Heaven” as well as the morning and evening star. Just like Ishtar, one of Astarte’s primary symbols was the lion and she was closely associated with the planet Venus. The worship of Astarte was widely spread across the ancient Near East, and she was revered by major civilizations such as the Syrians, Phoenicians, Canaanites, and Egyptians.

Another deity that goddess Ishtar had significant influence on was the Greek goddess of love, Aphrodite. Similar to Astarte, Aphrodite shares Ishtar’s role as the goddess of love and fertility. Aphrodite was also infamous for having multiple lovers and was associated with the planet Venus. While Aphrodite was not directly worshipped as the goddess of war, like Ishtar and Astarte, she was revered as a warrior goddess in certain Greek cities, particularly in Sparta. Although the cult of Ishtar would decline with the fall of the Persian Empire, the first goddess of love would continue to influence religion and culture in the ancient world for centuries. 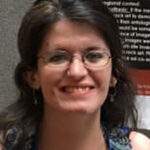 By Deianira MorrisBA Anthropology w/ Archaeology ConcentrationDeianira is an archaeologist and museum enthusiast with a love for studying the ancient past. She holds a BA in Anthropology with a concentration on Archaeology from the University of Arizona, during which she also attained a Minor in Psychology. Her research focuses on how past societies used images and symbols to demonstrate communal identities and cultural worldviews. Deianira also has a passion for ensuring the preservation of cultural heritage and is pursuing a career as a museum professional. As a writer, Deianira’s goal is to make information about ancient history more accessible and interesting to the public.

Ancient Mesopotamia: How Did Art Lead to Writing?