HomePhilosophyGottlob Frege’s Impact on the Philosophy of Language

Gottlob Frege’s Impact on the Philosophy of Language 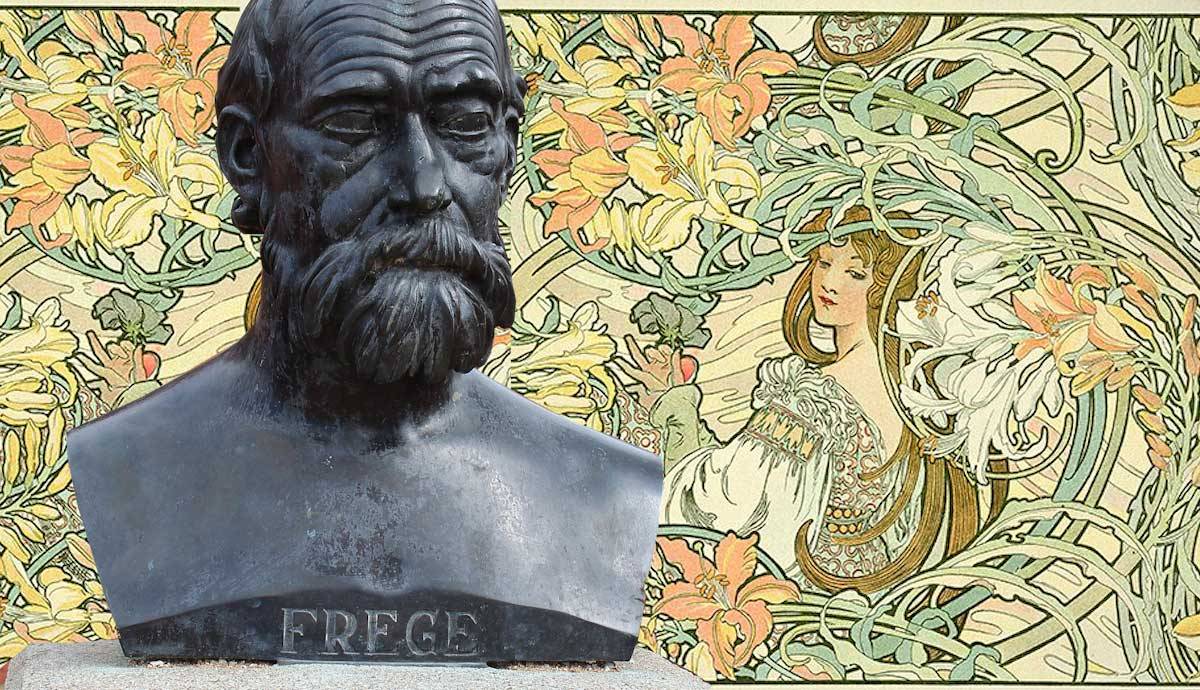 Gottlob Frege is one of the most important and influential philosophers of the 20th century, and he is known perhaps above all for his contributions to the philosophy of language, the subsequent significance of which cannot be overstated. Michael Dummett, himself an extremely prominent and influential philosopher, studied Frege extensively. He argues that all of analytic philosophy, that which came to dominate English speaking universities in the 20th century and that which continues to dominate those universities today, owes its existence to Frege, so much so that Dummett himself refers to this tradition as ‘Post-Fregean Philosophy’.

Dummett holds that Frege’s crucial innovation was the focus on language, and above all meanings, as the basis of all philosophical activity.

“Before Descartes, it can hardly be said that any part of philosophy was recognized as being … fundamental to all the rest: the Cartesian revolution consisted in giving this role to the theory of knowledge …[, which] was accepted as the starting point for more than two centuries.”

“Frege’s basic achievement lay in the fact that he totally ignored the Cartesian tradition, and was able, posthumously, to impose his different perspective on other philosophers of the analytic tradition…. For Frege the first task, in any philosophical enquiry, is the analysis of meanings.”

Dummett elsewhere claims that “We can, therefore, date a whole epoch in philosophy as beginning with the work of Frege, just as we can do with Descartes.” Frege’s work formed the basis for the work of Bertrand Russell and Ludwig Wittgenstein to found and shape many aspects of philosophy in the English speaking world.

What is Frege’s philosophy of language? Frege sets out the key components of his philosophy of language in the paper Sinn und Bedeutung. Although this paper is sometimes translated as ‘Sense and Reference’, due to controversy over the precise meaning of the term ‘bedeutung’, at least in terms of Frege’s usage of it, we will leave the latter term untranslated for now.

The paper starts by considering two puzzles of language through a certain view of language: that what language does, above all, is denote, represent or refer to objects. The first puzzle concerns identity statements; those statements which pose a relation of sameness between two things.

The Puzzle of Identity Statements

The second puzzle Frege is at least conceptually continuous with the first. It is to do with what are called ‘propositional attitude reports’.

The Puzzle of Propositional Attitude Reports

However, the problem concerns those names which an individual does not know to denote or refer to the same thing. Let’s say that the Joker believes Batman is a crime fighting superhero. It is also true that Batman is Bruce Wayne. So does that mean that the Joker thinks that Bruce Wayne is a crime fighting superhero? No, because the Joker does not know that Batman and Bruce Wayner are one and the same person. We cannot substitute “Bruce Wayne” for “Batman” in all sentences while retaining their truth.

Frege’s Response to the Puzzles

The strategy behind Frege’s response is clear. He wants to retain a picture of the world in terms of fairly simple entities, which are referred to by language, along with relations between them, which are also mapped by language (and that’s just about it, for language and reality).

He takes this simple picture and combines it with an additional concept to cover the problems which this simple theory of language generates. This concept is that of ‘sense’, which can account for the cognitive significance of a name or description. Sense is language as it is orientated towards the listener, the interpreter, the person who speaks and is spoken to, whereas Bedeutung is orientated towards reality.

This notion of sense, though extremely useful for Frege’s purposes, is far from straightforward. To illustrate one complication which is clear almost immediately, consider the word bachelor. If I don’t know what the word bachelor means, then I might not know that the word ‘bachelor’ and ‘unmarried man’ denote the same thing. But there is a difference between two things having different senses in this way, and two descriptions of the same thing having different senses not because I don’t know that they refer to the same object, but because they refer to the same object in a different manner.

The latter introduces notions of phrasing, of style, of the ‘way in which we say things’ rather than ‘what we say’ as such.

Defining the Philosophy of Language

The Focus of the Philosophy of Language: Meaning

Much of the time, however, what distinguishes one area of philosophy both from other areas of philosophy and from other subjects are the concerns which happen to occupy the people who call themselves ‘philosophers of x’. These boundaries are incidental and fuzzy, and should correspondingly concern us mainly as historical distinctions rather than normative in any sense.

What are those concerns for philosophers of language? Colin McGinn, a prominent philosopher of language, begins by attempting to define the philosophy of language as concerned, above all, with meaning. Now, meaning itself requires some clarification, because it is a term which we put to a variety of different uses.

David Lewis, one of the major figures of the analytic tradition Frege helped found, draws a distinction between two different kinds of meaning in the following way: “first, the description of possible languages or grammars as abstract semantic systems whereby symbols are associated with aspects of the world; and, second, the description of the psychological and sociological facts whereby a particular one of these abstract semantic systems is the one used by a person or population. Only confusion comes of mixing these two topics.”

Some Assumptions About Meaning

So, we can see that meaning refers both to the relationship between the world and language, and between the former kind of meaning and what is meaningful to particular people, integrated in a particular social context. McGinn, focuses on meaning in the former sense, and goes on to reframe this in terms of the question of how language hooks up to reality.

“Language is about the world – we use it to communicate about things. So we must ask what this ‘aboutness’ is: what is it and how does it work?”. There isn’t space here to investigate these assumptions too thoroughly, but there are a few objections which can be raised to conception of language and reality which will be useful when turning to Frege’s own theory of language.

It is far from clear what it is for something to be ‘about’ the world, and McGinn is surely right to identify this as worthy of investigation. There is a difference between ambiguity which we respond to by specification, and ambiguity we respond to with doubt. In the former case, one has already determined that ‘about the world’ is a genuine relation and what is required is a specification of just what it involves. In the latter case, we are taking the claim ‘language is about the world’ as itself up for debate, not just in need of refinement.

Frege’s Theory and the Relationship Between Reference and Reality

What is particularly important when we come to Frege’s theory is that McGinn’s picture of language and reality seems to suggest that objects are referrable in a straightforward way. Certain objects support this view of language more easily than others: the word apple relates to the crunchy, shiny, sweet thing I have in my hand more seamlessly than the words ‘but’ or ‘whenever’ relate to anything ‘in the world’.

Why should we accept, prima facie, that any acceptable use of ‘but’ or ‘whenever’ refers to a state which is ‘in the world’? It is not clear that all of the ways in which we deploy language can be made to fit with McGinn’s picture of language as a mirror, double or corollary of reality. It is equally unclear that every aspect of reality can be rendered in language; some things may simply be unsayable.