Hadrian’s Villa: A Palace Fit for an Emperor

Hadrian's Villa, a sprawling palatial complex near Rome, was the Roman Empire in miniature. It was, and still is, one of the most beautiful examples of classical art and architecture. 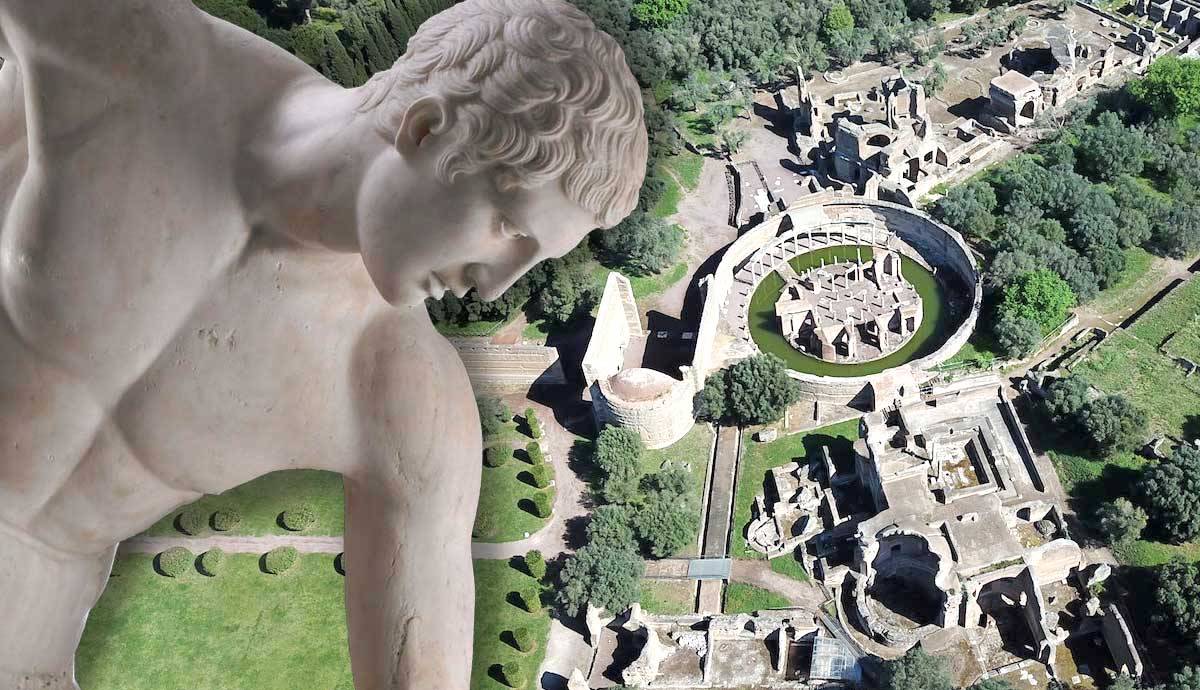 Hadrian is one of the most famous Roman emperors. He secured the Empire’s stability, by withdrawing the army to the easily defensible borders, which he often personally inspected. He also funded large construction projects in both the capital and the provinces, including Hadrian’s Wall, and the Pantheon.

Unlike his predecessors, who enjoyed life in the capital, Emperor Hadrian preferred to travel across his vast Empire. Whenever not on the road, Hadrian would spend time in his opulent estate, built in the vicinity of Rome. Hadrian’s Villa, however, was more than a simple retreat. It was both a pleasure palace and a center of government — the emperor’s official residence.

In its heyday, Hadrian’s Villa was a marvel to behold, a small town comprising various residential and public buildings, all influenced by different art styles from across the Empire. It was also a veritable museum, filled to the brim with Greek and Roman masterpieces, reflecting Hadrian’s interest in art, literature, and philosophy. Like most ancient structures, Hadrian’s Villa fell into disrepair and ruin following the collapse of the Roman West. Yet, its beauty and grandeur never faded, and even today, it is hard not to be in awe of this ancient masterpiece.

Hadrian’s Villa: A Palace the Size of a City

Located 30 kilometers northeast of Rome, Tibur (present-day Tivoli) was a favorite resort for the wealthy Romans, including the first Roman emperor, Augustus. The area was famed for the beauty of its countryside, its lush hills, and cascading waterfalls — a perfect place to build a country villa. In addition, Tibur lay on an important road that led from Rome to the north of Italy. Thus, it is not surprising that emperor Hadrian chose Tibur as the location for his famous Villa.

Despite its name, Hadrian’s Villa was more than a simple building. It was a sprawling palatial complex, generously spread out over 120 hectares. The “Villa” was, in fact, larger than the city of Pompeii (!) and its plan was so ambitious that the builders had to break with tradition, constructing the estate in a valley, not on a hillside.

Due to its sheer size and importance, it took ten years to bring this monumental project to an end. In 128 CE, the Villa was ready to welcome its master and chief architect, although the construction would take five more years. In the end, the complex included over thirty massive buildings, and landscape-like features including pools, baths, and fountains. Lavishly decorated and filled with beautiful sculptures, Hadrian’s Villa reflected the Roman Empire at its height — being a microcosm of imperial grandeur and power.

The Empire in Miniature

At the time of the Villa’s construction, the Roman Empire was at its apex, stretching further than ever before and enjoying a long period of peace — the Pax Romana. The emperor himself was an embodiment of this golden age. A learned scholar, architect, and philosopher, Hadrian spent almost half of his twenty-year reign traveling across the vast Empire. From the Danube to the Euphrates, from Britain to Africa, Hadrian founded cities, built roads and temples, erected monuments, and listened to the concerns of the local populace. Those travels shaped Hadrian’s mind, and the emperor’s obsession with his dominion’s multicultural fabric and rich history is best visible in the Villa itself — his brainchild.

Hadrian’s Villa is the Roman Empire in miniature. This is reflected in its building and structures, inspired by the different art styles of the various places the emperor visited. The large rectangular pool (over 120 meters long) — the Canopus — is named after the ancient Egyptian city, and represented the Nile delta. Its famed colonnade was supported by kariatides — sculpted female figures inspired by the Erechtheion on the Acropolis of Athens. Another large artificial colonnaded terrace surrounding a large pond — the Pecile — which was modeled after the famous Stoa Poikile in Athens (a city favored by Hadrian).

Greek influence is clearly visible in the most famous structure at the Villa, the so-called Maritime Theatre. This was a villa within a villa — an island enclosure located within a ring-shaped pool inside a portico. The large edifice encompassing a library, heated baths, an art gallery, and a dining space could be reached only via a draw bridge — making it a perfect private retreat for the emperor.

Beauty and Power on the Grand Scale

Due to its massive size, most of the area encompassing Hadrian’s Villa is still unexcavated. The archaeologists, however, uncovered many art pieces, including elaborate mosaics and exquisite sculptures. An art lover, Hadrian turned his Villa into a veritable art gallery. One of the most famous artworks is undoubtedly a large-scale mosaic that originally decorated the dining room (triclinium) of Hadrian’s imperial palace, the “Battle of Centaurs and Wild Beasts”.

The Villa also contained Roman copies of prestigious Greek sculptures, such as the “Discobolus” and “Crouching Venus.” The large half-domed artificial grotto, the so-called Serapeum (used not as a temple but as a summer dining room), was decorated with Egyptian sculpture. In addition, Hadrian commissioned many original artworks, including numerous marble statues of Antinous, the emperor’s deified lover, who accidentally drowned in the Nile.

Hadrian’s Villa was more than a pleasure palace, or a place for the emperor’s meditation. All that beauty and opulence had more practical purpose: to convey the grandeur of the Roman Empire, and to impress its numerous visitors and residents. In ancient Rome, the government was where the emperor was. While in Tibur, Hadrian held the court in his Villa, which became the place where all decisions were made.

The buildings, streets, and gardens of the vast palatial complex would be full of people, from emperor’s family and advisors, to courtiers, diplomats and petitioners. All those people were served by an army of servants and slaves, who lived in hidden rooms and moved around the complex through a series of service tunnels, well out of sight of the emperor.

The Afterlife of the Hadrian’s Villa

Hadrian died in 138 CE, leaving the Empire and his majestic Villa to his successor. For the next two hundred years, the Roman emperors used the premises for business and pleasure. In the 270s, the Emperor Aurelian gave Hadrian’s Villa to a high-profile hostage — Queen Zenobia of Palmyra.

However, the gigantic complex had to be constantly maintained. When Constantine moved his capital eastwards in the early fourth century, and with the western capitals moving away from Rome, Hadrian’s Villa gradually fell into disrepair. By the sixth century, the once magnificent complex became a warehouse, used by both Ostrogoths and the Romans during the devastating Gothic War. The final blow came in the 16th century when one local cardinal stripped off the remaining marble and statues to decorate his own estate, located nearby.

Yet, even in such a diminished shape, Hadrian’s Villa continued to attract attention. When Renaissance architects and planners revived the concept of the villa, they used Hadrian’s masterpiece as a model. Bramante, for instance, was inspired by the Villa to design the magnificent Belvedere Court for Pope Julius II. And most of other Renaissance (and later baroque) villas used a similar layout. There can be no doubt that Hadrian engineered a masterpiece. Even today, almost two millennia after its construction, visitors are still amazed by the size and grandeur of Hadrian’s Villa.