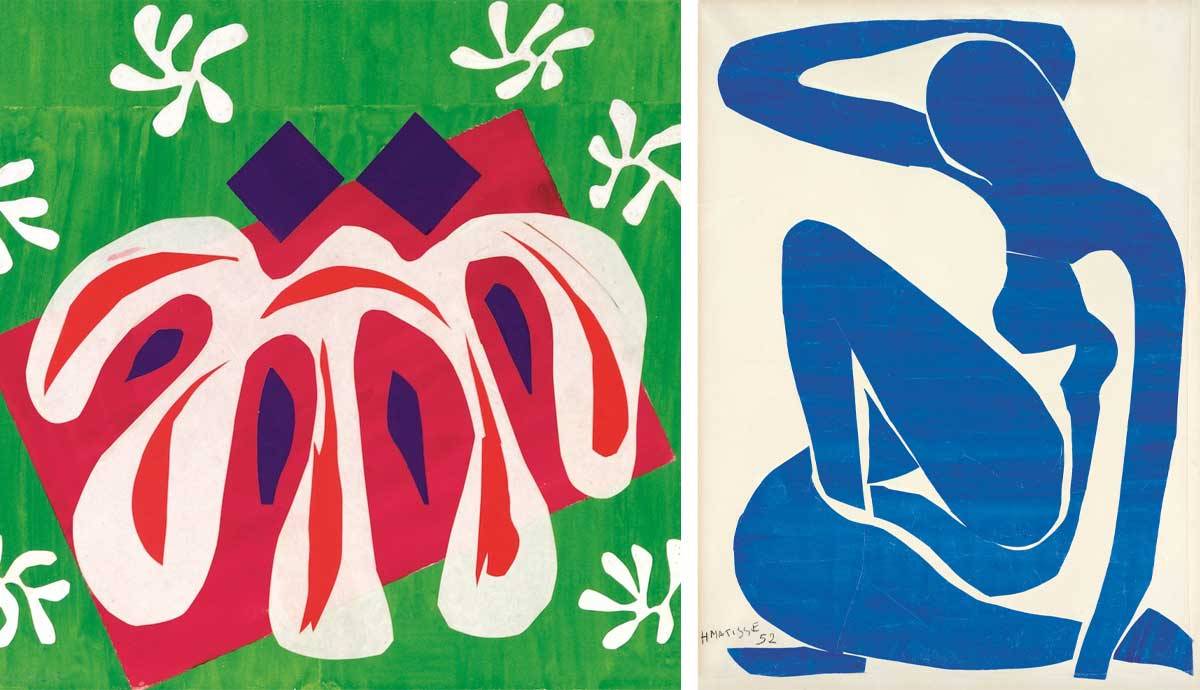 Henri Matisse is one of 20th century art’s greatest pioneers, whose bold, brave and experimental approach altered the course of art history. Throughout his long and varied career Matisse had several major breakthroughs. But perhaps his greatest moment of all came in his later years, from 1937 to 1954, when he discovered the art of the paper cut-out. Calling the technique “drawing with scissors,” Matisse boldly sliced through sheets of paper in long, sinuous lines. This produced elegant, minimal and immediately appealing artworks that continue to influence artists and designers today. But why the paper cut-out? In order to find out, we need to delve a little deeper into the artist’s life.

1. Matisse Made Paper Cut-Outs to Work Out Ideas

Matisse began making paper cut-outs long before showing them to anyone as works of art. In fact, the first paper cut-outs he made were a means to an end as early as 1919, a way of working out ideas for his larger works of art. This makes sense when you look at some of the artist’s early works of art, such as his paintings of dancers, which, although painted, have the crisp, clean qualities of cut and pasted paper. Matisse even noted in his later years that his breakthrough collages were, “a long time in the making.”

2. The Technique United Color and Line

Throughout his career Matisse had been looking for ways to combine his mutual interests in color and line. In his early art, color is the defining feature, painted in bold, solid and flattened blocks (sometimes outlined in line). He also made concise line drawings with languid, fluid marks that demonstrated a dexterity in defining form with the simplest of marks. In the paper cut-outs, the two techniques of color and line become one, as the scissors slice through the solid color, creating an edge as crisp as the contour of a pencil. Matisse even called this process, “cutting directly into color.”

3. With Paper Cut-Outs, Matisse Could Open Out into Space

Working with paper cut-outs allowed Matisse to expand the shapes and forms of his paintings into three-dimensional space. In works like The Parakeet and the Mermaid, 1952, Matisse expands his cut-out shapes across a vast white backdrop. In 1952 Matisse also made his first ever site-specific cut-out, titled The Swimming Pool. He made the work by cutting out huge blue shapes resembling swimmers, divers and sea-creatures. He then pinned them to the walls of his living room, so they appear to move round the space as if caught mid-motion.

In his later years, Matisse’s health gradually deteriorated. He often had to spend prolonged periods of time on bed rest, or in a wheelchair. Although oil painting in bed would present a challenge, cutting out paper was a technique that could be done virtually anywhere, even when lying down. This technique meant even when he was struggling to stand, he could still exercise the incredible creativity of his mind. During this time, Matisse employed studio assistants to paint the paper for his cut-outs with gouache. First, Matisse selected the colors he wanted to use, and then his assistants would paint the sheets for him under strict instruction, sometimes painting with uniform flat color, and other times leaving visible brushstrokes behind. These hand-crafted sheets became the starting point for Matisse’s famous cut-outs, which concisely combined the techniques of painting, drawing, collage and design.