HomeArtFrench Painters Defined by Their Masterpieces (11 of the Best)

France was the birthplace of innovative ideas and artistic styles in modern art. Take a look at 11 important pieces of art made by famous French painters. 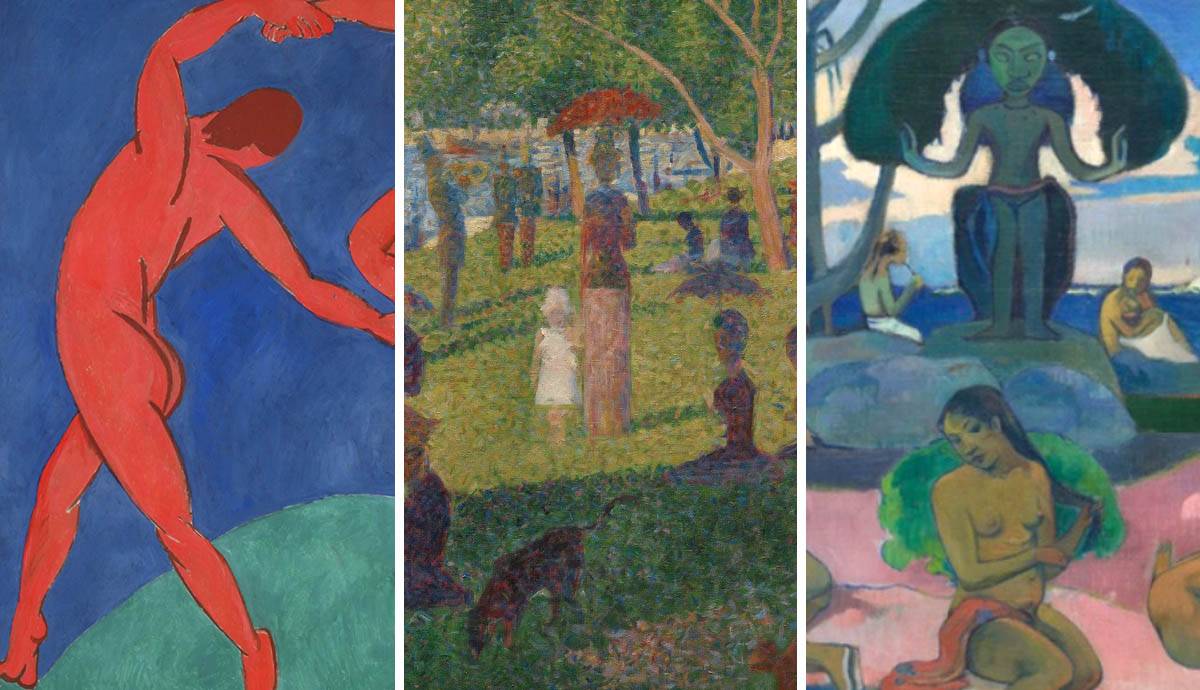 French painters have brought us some of the many masterpieces we know and love today. Many also founded important modern art movements like Impressionism and Cubism. These styles were innovative and cutting edge, gaining attention and admiration throughout the centuries. Here are 11 important French painters that you should definitely know!

1. Claude Monet: One of the Most Famous French Painters

Claude Monet is seen today as one of the best known French painters. He first began his artistic journey by emulating the work of realist artists such as Gustave Courbet. He then moved past Realism and found inspiration in more controversial French painters such as Edouard Manet. He also popularized the use of en plein air painting techniques among his peers. Working en plein air, Monet focused on the ideals of Impressionism by evoking sensations of light, movement, and colors. Monet’s Water Lilies series is now recognized as an important strand of Impressionist art. Between 1904-1908, 150 variations of Monet’s lily ponds at his home in Giverny were created, all of which explored differences in depth, lighting, and perspective. Monet focused mainly on the surface of the water and the textures, always capturing the reflections of the land around the ponds. To date, much of this series is on display at museums all over the world.

Georges Seurat was one of a group of French painters who brought ideas from the fields of science and optics to his paintings. His artworks are mostly understood as Neo-Impressionist. This style flourished between 1886-1906 and explored methods known as Pointillism and Divisionism. Neo-Impressionism was a more structured artistic style than Impressionism that favored theory over spontaneity. Through Seurat’s discipline and exploration of mixing traditional and modern techniques, this modern art movement became widely influential.

One of Seurat’s best-known artworks is A Sunday Afternoon on the Island of La Grande Jatte. This large painting shows a tranquil scene of suburban leisure, with bathers cooling off in the river. The work is made up of many tiny dots of pure color. Seurat placed these dots strategically, allowing the colors to compliment each other and blend together to create the overall vivid, neo-impressionistic effect. Seurat rejected the Impressionist ideas of spontaneity, relying instead on a structured approach, but he did embrace how the Impressionists captured light and color. His work is therefore instrumental in understanding how we can use elements of different techniques to embellish our own work.

Eugene Delacroix was a pioneer of Romanticism. Delacroix’s paintings showed interest in the natural world and the expression of emotion. Through training by Pierre Guèrin between 1816 to 1823, Delacroix began to blossom and find his own artistic style. One the most revolutionary French painters of all time, he used expressive brushstrokes and bold colors that paved the way for Impressionism. He also adopted soaring qualities of drama and theatricality that typified the Romantic period.

Liberty Leading the People is seen as one of Delacroix’s most important works. The painting is regarded as the symbol of revolution, justifying revolt, and stirring feelings of anger and passion in the viewer. The work was created after the July Revolution of 1830. Delacroix became intensely moved when witnessing the rising of the French national flag on Notre Dame. Seeing this as the tipping point of the revolution, his inspiration led to this masterpiece.

Georges Braque explored artistic expression through painting, collage, drawing, and sculpture. However, the artist is best- known for his Cubist works, made while working closely alongside Pablo Picasso. Braque’s appreciation of Cézanne’s work led him to the exploration of geometric forms and Cubism. Violin and Candlestick is a monochrome painting, with shades used to accentuate the subjects of the work. The segmentation of Cubism allows you to see the completely different viewpoints of everyday objects. Cubism allowed artists to play with the positioning of their subjects and explore multiple perspective.

Matisse was a French artist known as one of the French painters who founded the ‘Fauves’ (Wild Beasts). He explored vivid colors, inspired by the art of Post-Impressionism and Neo-Impressionism. One of his most famous artworks, La Danse was commissioned by a Russian art collector. In this artwork you can see the bright red colors of the dancing figures contrast with the green on the bottom of the painting and the dark blue sky in the background. Because of its innovative use of color and form, this work is considered important in the development of modern painting. It was partly inspired by Isadora Duncan’s performances, who danced with passion and emotive fury, but also by Matisse’s visit to the Cabaret known as Moulin de La Galette.

Gustave Courbet was a famous French painter who made large-scale, Realistic works of art. Usually, larger works were made when painting religious or historical subjects. However, Courbet introduced large-scale works depicting normal, everyday scenes. By doing this, he undermined traditional French concepts of Monumental art and gained huge notoriety across 19th century France. One of his famous paintings is The Burial at Ornans. This 22-foot-long canvas depicts a gathering of people during a burial.

Edouard Manet was one of the first French painters in the 19th century who painted everyday, modern life. After a short naval career, Manet became an artist who created controversial paintings that defied and challenged French norms and conventions of his time. Olympia was one of Manet’s most controversial paintings, depicting a nude woman reclining on a bed in a leisured pose, whilst a servant stands by her bed presenting her with flowers. This painting caused a public outcry in Paris because of the “shameless indecency” of the naked woman that represented a sex worker. Manet based this notorious work of art on the famous painting by Titian known as Venus of Urbino (1538).

One of the founding members of Impressionism, Renoir explored the depiction of light, shade, and atmosphere in his paintings. In contrast with Monet, his paintings were neater and more ‘perfectionist’ in style. One of his best-known impressionist works is called Ball at the Moulin de la Galette and it is currently exhibited at the Musée d’Orsay in Paris. The famous French painter captured the everyday moment showing Parisian social life through this scene filled with dancing, conversation, and laughter. Renoir showed an ordinary scene from modern Parisian society through this work.

Paul Gauguin was a famous French painter known for traveling around the world, for his relationship with Vincent van Gogh, and for spearheading the Synthesist style. His works had a profound influence on many modern artists of the 20th century. In his post-impressionistic works, Gauguin explores the abstract qualities of color. Day of The God is one of many artworks created by Gauguin that show life in Tahiti where the artist spent his later years. Gauguin moved to this French Colony in 1891 and focused on portraying the life and practices of the people there in his own way. When looking at this painting you can see the horizontal division that separates the painting into three sections. The top depicts the idol of the Tahitian mother goddess Hina. The middle section is centered around 3 figures. Some art critics suggest that the ways in which these figures are displayed represent the circle of life.

Paul Cézanne is one of the best-known French painters, even considered the greatest French painter by many. His artworks were admired for their tonal contrasts, impasto techniques, and structural elements. The Murder is one of Cézanne’s earlier pieces, painted during his darker phase and it’s not as famous as his Mount St Victoire series for example. This artwork contrasts some of his later works, where he focused on the geometrical aspects of the represented objects. This painting evokes a more sinister tone and depicts two figures holding a third against his will. The two murderers are bathed in more light, whilst the victim stays in the shadow, but nevertheless, you can still see the pain on his face. This piece is seen as an ode to earlier Romantic painters such as Eugene Delacroix.

Edgar Degas was a French Painter famous for depicting ballet dancers, both on and off stage. Rather than painting en plein air in the French countryside as many other impressionists did, Degas preferred working indoors, capturing the synthetic lighting of cafes, theatres and interiors. One of Degas’ best-known artworks is called Ballet or The Star and it was painted in 1878. It depicts a lone ballerina dancing on stage. Degas captured her graceful movements perfectly. Here we see the famous essence of non-natural electrical light that Degas captured so well. 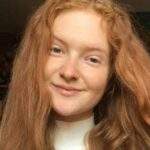 By Beth WiltshireBA History of ArtBeth is completing a History of Arts degree at The University of Nottingham and has a keen interest in the analytical study of paintings and artworks. In her spare time, she paints and sketches while furthering her knowledge of artistic context, styles, and pieces.