HomeStoriesPrincesses and Lions: Why Are All Sikhs Named Singh and Kaur?

Princesses and Lions: Why Are All Sikhs Named Singh and Kaur?

Sikhs abandoned their traditional caste and surnames. To form a single Sikh family, they have all acquired the Sikh names Singh (Lion, for men) and Kaur (Princess, for women). 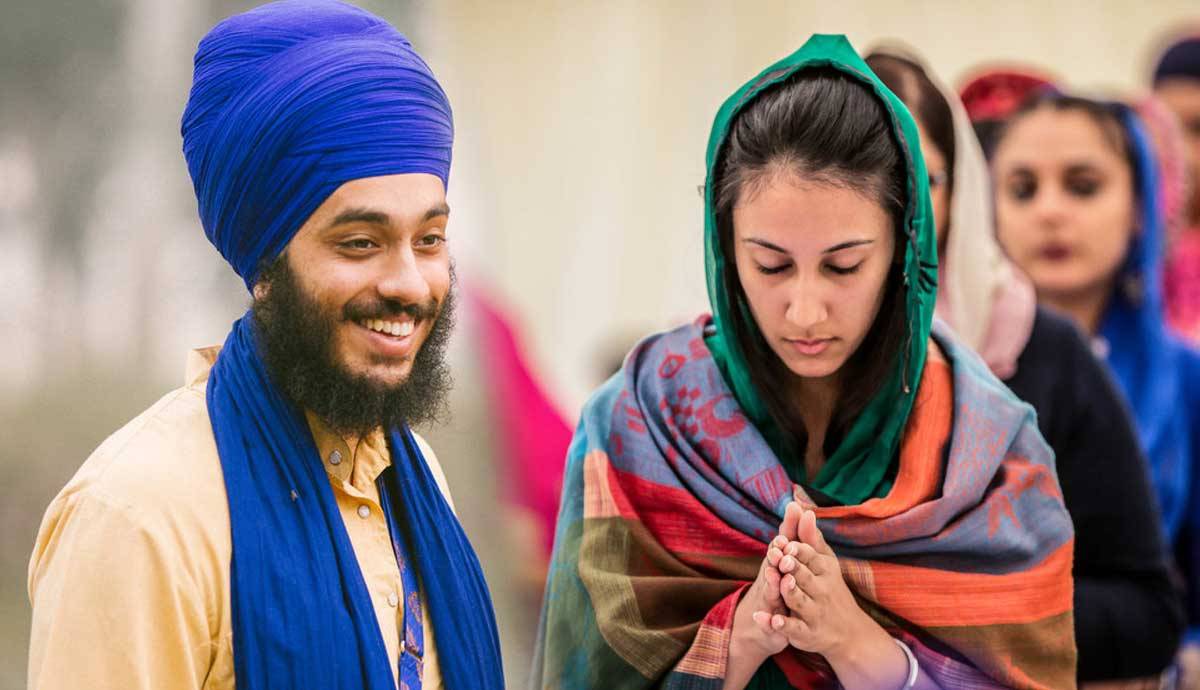 Sikhism is the youngest traditional Indian religion. There are some 30 million Sikh adherents worldwide. All male Sikhs carry the surname Singh, while all females are named Kaur. It is a radical expression of unity. Sikhs want to show they belong to a single family by having the same surnames. But how did it come to this, and why are the Sikh names Singh and Kaur used? Let us explore the history of Sikh names!

A History of Sikh Names

Sikhism originates from the Punjab area, which is now divided between India and Pakistan. They believe in one God but in a pantheistic way. Their life should be devoted to meditation, sharing, and honest living. “Sikh” means disciple, and they follow the teachings of gurus in a religion they call “Sikhi,” “Gursikhi,” and “Gurmat.” There were ten human gurus in their history. The last guru, Guru Granth Sahib, is in fact, a text not a person, the holiest text of Adi Granth, which resides in one of the holiest sites in India, the Golden Temple in the Indian town of Amritsar. A guru is a teacher and spiritual guide, able to connect people with God (Gur Prasad or Guru’s Grace).

The first guru of Sikhism was Guru Nanak (1469-1539). He had a revelation during which God spoke to him in favor of humanity, and against the traditional caste, ethnic, and religious divisions of the Indian Subcontinent. All humans are equal. Guru Nanak spent the rest of his life traveling and teaching. He formed the first Sikh community (Panth) in Kartarput. Many other gurus succeeded Guru Nanak. In 1708, Guru Gobind Singh ended the line of human gurus by bestowing the name of guru to Adi Granth, a book with the works of the four first gurus. It is a compilation of hymns, poems, and texts that are recited all the time. Thus, Adi Grant became Guru Granth Sahib, the current living guru. It is treated with utmost care and respect, carried every morning from its “dormitory” to the temple, and read throughout the day.

One of the gurus, Guru Gobind Rai, founded the Khalsa — a warrior community of Sikhs. By tradition, Guru Gobind Rai gathered a huge crowd and asked anyone prepared to give his life for faith to come forward. Five men appeared, named the Panj Pyare — the Five Beloved Ones. In the Pahul ritual, Guru Gobind Singh prepared the holy water (Amrit), and his wife Mata Sundri added sugar crystals (Patashas). They prayed and sprinkled the Amrit on people. This is how the Khalsa was born.

All of them abandoned their surnames and took Sikh names. Equality calls for men and women to be equal members of the Khalsa. However, their Sikh names differ. All men are called Singh (Lion) and all women Kaur (Princess). They form a single family, and they should defend the weak and promote justice. Such equality is indeed attested as women fought in battles, led religious services, and ruled over the Sikh community. Equality is also realized through the professed life of compassion, truth, contentment, humility, and love.

As called for by Guru Nanak, life is possible through three pillars of Sikhism: prayer, work, and giving. The first is the Naam Japo, a meditation, recitation, and chanting of God’s name every morning and evening. Sikhs reflect on the qualities of God while praying. Second is Kirat Karni, working hard and making an honest living. Righteousness is achieved through hard and honest work. Third is Wand Chhakna, sharing the results of one’s labor through free food (Langar) and donations or help to the community (Seva). This is famously visible in the communal meal — the Langar. Every Sikh prayer place (gurdwara) has a public kitchen open to every visitor. They serve only vegetarian food because everyone can eat it. Even the great Moghul emperor Akbar the Great sat with the people as equals and shared a meal. This equality was nothing less than revolutionary for India then.

Many personal Sikh names are also gender-neutral. Kaur and Singh identifies the person as a female or a male. Adopting Sikh names was a tremendous step as traditionally Indian surnames show caste and sub-caste. This stratification divides Hindu society into four units: the Brahmins, Kshatriyas, Vaishyas, and Shudras, with different levels within each of them and additional communities out of caste. Like some Indian Buddhists, the Sikhs refused to live in such a stratified society.

Singh: A Name for Men

The first Singh was Guru Gobind Rai, who dropped his surname and took the Sikh name of Singh (lion). This name was used before, customarily within the Hindu warrior caste (Kshatriya). The  Lion is known worldwide for bravery and royalty, and in Sikhism, it was considered a title denoting a hero or an eminent person with majestic courage. Heroism is seen as a way of being protective and just, not just skilled in the battle. It is the main difference between Sikhs and Kshatriyas or Rajputs, who also used Singh for their titles. Apart from its strong symbolism, this Sikh name is also widespread among all Indian religions, thus being neutral of any faith, and particularly of any caste, since Kshatriyas failed to keep it as part of their warrior symbolism.

The Sikh name is given to a child at the time of birth or during the naming ceremony. It is a title commonly used today together with the family name, thus countering the initial idea that every Sikh man and woman has a single surname. Every Sikh man goes through the Pahul or Amrit ceremony in which the Singh title is fixed as a sign of a person’s rebirth and entrance into Khalsa with all its benefits and duties.

The identity of a Lion is not only seen in the Sikh name but in their appearance as well. It is best represented through the Five Ks:

(1) Kesh — Sikh men do not cut their body hair. They have long beards, and they tie their hair into a turban. This represents discipline

(3) Kirpan — every Sikh man has a small dagger or a sword, to protect the weak and fight for justice against tyrants and oppressors. It is forbidden to use it for anything else

(4) Kacchera — a special form of underwear that represents sexual restraint

(5) Kara — a steel wristlet representing the infinity of God

All these items must be worn until a Singh dies to keep his Sikh name and identity.

Kaur: A Sikh Name for Women

Just as all men use the Sikh name Singh, all Sikh women are named Kaur. Simply put, it means Prince (not Princess), but there are other translations as well. Some understand it to mean “Lioness,” stressing equality with male Lions/Singhs. In which case, some women might also take the name Singhni or Singhnee, meaning exactly Lioness. Interestingly, in the past, many men had both Sikh names: Kaur and Singh (Prince and Lion). Today, Kaur is almost exclusively given to women.

In contrast to men, women would not use the name as an official part of their surname but as a title given through Pahul/Amrit ceremony. Just as in the case of Singh, Kaur has no caste connotations and is used widely across the Indian Subcontinent. Although religiously equal, the Sikh name for women might be considered derogative, as traditionally, Princesses were the ones for whom men had to care. Luckily, the history of Sikh women shows they experienced far better life circumstances than most women in the Indian Subcontinent.

The equality of men and women in Sikhism results from a radical understanding of God’s Oneness. Guru Gobind Singh once explained: “The same God is the creator and nourisher of all; recognize no distinction among them; the temple and the mosque are the same; so are the Hindu worship and Muslim prayer. Human beings are all one.” God has no gender, so there is no difference between men and women.

In religious terms, Princesses are indeed practically equal to Lions, and this is where their Sikh names are perfectly valid. Women can lead prayers and services, read from the scriptures, vote for the members of the central religious body, and administer gurdwaras, the Sikh temples. Despite this advantage, women were and still are discriminated against due to the heavy social influences of the Indian Subcontinent. There were some clear instances of discrimination even in religious circles, and women make up less than 20% of the members of leading Sikh religious institutions.

While men defend their Sikh name by appearance, women do less so. Under the cultural influence, they did not remove traditional Indian clothing, such as the veil. Some customs remained, too, like the belief that women are prone to impurity or that they are incapable of asceticism. Many Sikh gurus condemned these practices and called for radical refusal of polygamy, female infanticide, widow burning, and dowry. 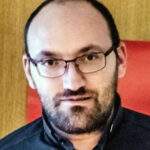 By Vedran ObucinaPhD History, MA Political Science and Theology, BA PhilosophyVedran is a Croatian political scientist, historian, and theologian. He is an Old-Catholic priest and is interested in the history of religions and philosophy. He is also very active in religious peacebuilding. He holds a Ph.D. in history from the University of Regensburg; an MA in political science from the University of Zagreb; and an MA in Theology with a BA in philosophy from Old-Catholic Seminary. He writes about world religions, their histories, and rituals, as well as the history of philosophical ideas.

Sikh Gurus: Who Are the 10 Spiritual Leaders of Sikhism?
By Vedran Obucina, in Philosophy