HomeStoriesElizabeth Woodville: How Did She Die?

Elizabeth Woodville: How Did She Die?

Elizabeth Woodville, queen consort of Edward IV, died in 1492. Her plain, expedited funeral led to speculation that she died of the plague. 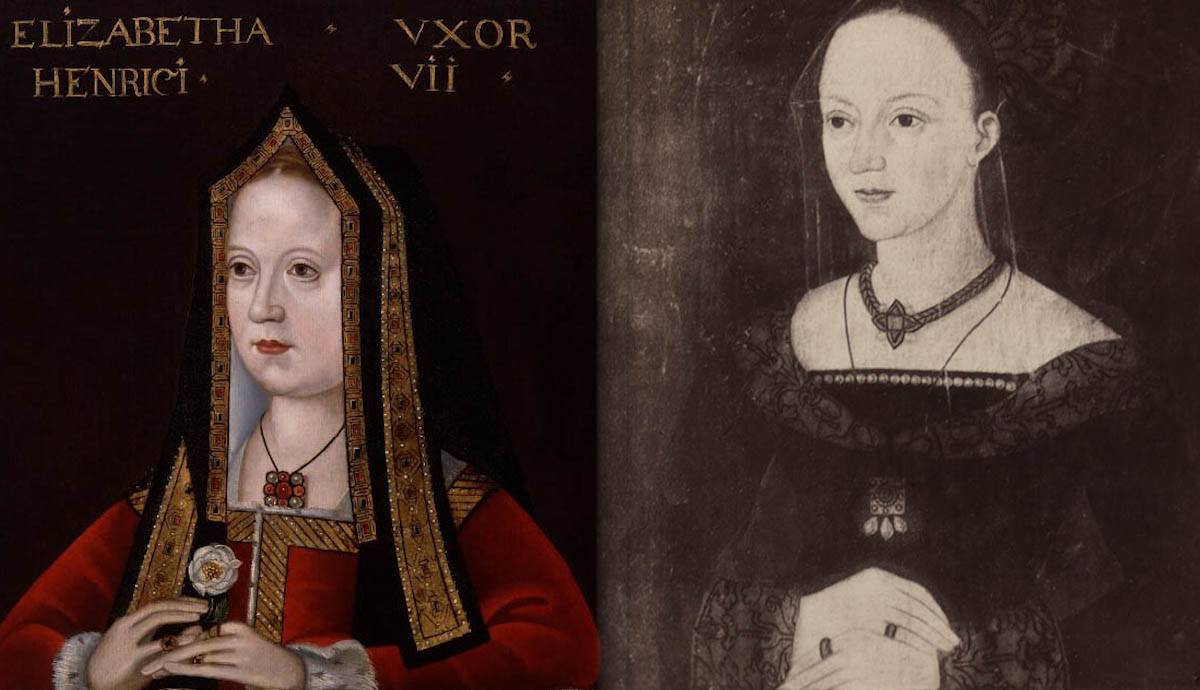 Elizabeth Woodville had a turbulent time as Edward IV’s wife and queen. When her own daughter became queen via her marriage to Henry VII, the time had come for Elizabeth to retire. During her final years at Bermondsey Abbey, Elizabeth’s life had gone from one of ceremony and splendor to one of simplicity. When this mysterious medieval woman died aged 55 years, it was remarked upon by contemporaries that her plain funeral was not at all befitting a former queen of England. Had Elizabeth been buried hastily to protect the living from the plague that may have killed her?

Elizabeth Woodville: The Turbulent Life of an Intriguing Medieval Woman

Elizabeth’s public life started in earnest on the 26th of May, 1465, when she was crowned Queen of England after her secret marriage to the young Yorkist king, Edward IV. Her coronation must have been quite a spectacle, according to contemporary descriptions of the event.

Elizabeth was taken via procession to the Tower of London, where it was tradition for new queens to spend the night before their coronation. The following day Elizabeth was taken in an open horse litter, accompanied by the Knights of Bath, to Westminster Abbey. Elizabeth was led into Westminster Hall by two bishops underneath a purple canopy. She held a royal scepter in each hand. Ladies of noble birth, and her own kinswomen, carried her train. She then crossed the carpeted path from the Hall to the Abbey, barefoot, with her brother-in-law George the Duke of Clarence leading her way.

Elizabeth entered via the north door and knelt at the altar whilst the archbishop prayed. She was anointed and crowned, before taking her rightful place upon the throne. Afterward, Elizabeth presided over a great feast. The following day, a tournament was held in which the winner was awarded a ruby ring from Elizabeth’s hand. Edward would have ensured no expense was spared for his queen’s coronation, given that he was still in the process of solidifying his position as the King of England.

Not only would Edward have wanted to show his people what the Yorks were made of, he also would have wanted to add some much-needed polish to his new bride, who was of middle rank and a widow to boot. Added to this was the fact that Edward had wed his unsuitable bride in secret for love, not politics. It was therefore imperative that this extravagant and flawless holy event act as a PR exercise.

Death of a Former Queen

A 16th-century account of the funeral (composed by a herald and currently housed at the British Library) paints a notable contrast to her coronation. This account describes a wooden casket (instead of lead, which was customary for royal interments at the time), old torches, and thin, inexpensive tapers. There were only five paid mourners, who did not wear black, which was the usual custom. The coffin was ferried along the Thames to Windsor, where Elizabeth was immediately buried in private at 11 o’clock at night. This was unusual because the coffin was typically laid out during the funeral rites. There was only one priest and one clerk present to receive the coffin and the mourners at Windsor Castle. Not a single bell tolled.

Regarding the ceremony itself, the notable lack of pomp and splendor was criticized by the herald recording the event, who felt that Elizabeth’s funeral was not befitting for a former queen of England. Regarding the hasty and private 11 pm burial, it would seem that Elizabeth Woodville may have died of the plague and that her son-in-law had her buried in the black of night to put a quick stop to the spread of the contagion, and to prevent a public health scare.

Did Elizabeth Woodville Die of the Plague?

The theory that Elizabeth Woodville died of the plague was circulated in recent years by National Archives records specialist Euan Roger. In 2019, Roger found a letter that was written in 1511 by the Venetian ambassador to Henry VIII’s court, Andrea Badoer. In this letter, Badoer wrote that “the Queen-Widow, mother of King Edward, has died of plague, and the King is disturbed.” One of Roger’s arguments is that Henry VIII was paranoid about the disease, which may have been a legacy of his grandmother Elizabeth’s demise. Badoer also repeatedly sought to be released from his appointment in London, due to several outbreaks of plague and sweating sickness whilst he lived there.

However, it must be noted that this account was written 19 years after Elizabeth Woodville died. Ricardian historian J.L. Laynesmith has pointed out the fact that there are no records of the plague being active in England in 1492, but notes that plague outbreaks were so common that not all of them may have been recorded. Laynesmith also notes the fact that the “Queen-Widow” referred to in Badoer’s account is not referred to by name.

Similarly, the reference to “King Edward” is ambiguous, as Elizabeth’s son Edward V was never crowned. Laynesmith has speculated that Badoer may have also been referring to Cecily Neville, mother of Edward the IV. Ultimately, Laynesmith dismisses the notion that Badoer was referring to Cecily Neville, because she was not the widow of a King, nor did her funeral suggest that she died of the plague. It is also worth pointing out that Badoer writes in the present tense, yet he cannot have been referring to anyone of that time period given that no one in the royal family died in the year that the letter was written.

Why would Henry VIII be disturbed by a death that took place 19 years prior? Perhaps the letter was referring to Henry VII? No explanation of this letter is particularly satisfying; it creates more questions than answers.

There may be a more straightforward explanation for the plain and hasty funeral of Edward IV’s widow. Henry VII was well-known for his penny-pinching ways; the children’s nursery rhyme, Sing a Song of Sixpence, refers to Henry Tudor when it describes a king sitting in his counting-house, “counting out his money.” It could be that Elizabeth’s austere funeral was a result of Henry’s fiscal attitude.

Additionally, Elizabeth Woodville herself requested a simple funeral. This intriguing medieval woman composed her last will and testament a mere two months before she died. In her will, dated April 10th, 1492, Elizabeth wrote: “seeing the world so transitory and no creature certain when they shall depart from hence,” which seems to indicate that she may have expected that death could seize her at any moment and that she was ready for it to do so. She also requested that her body be interred with her beloved Edward at Windsor, “without pomp entering or costly expenses done thereabout.” Elizabeth herself specifically stated that she wanted a plain and simple burial. She was granted her wish in death and is buried with her spouse in St George’s Chapel at Windsor Castle.

By the time of her death, all of Elizabeth Woodville’s sons had either died or gone missing, and were presumed dead. This was with the exception of her eldest son by her first husband. This son was Thomas Grey (whose father was Sir John Grey), and he attended his mother’s funeral, as did his wife. Also in attendance were three of Elizabeth’s five daughters. Her eldest, the Queen Elizabeth of York, was in her confinement for her fourth pregnancy. It was customary for a noble medieval woman to be cloistered away from the world towards the end of a pregnancy, so Elizabeth of York’s absence from her mother’s funeral is unremarkable. Anne of York, Catherine of York, and Bridget of York, were present. If the threat of plague was imminent, why would her family run the risk of spreading contagion by attending the funeral, no matter how sad they were?

Elizabeth made her final public appearance at the christening of her grandson Prince Arthur on the 24th of September in 1486. There, she took on the role of his godmother, placing the infant upon the altar. She retired to Bermondsey Abbey not long afterward, on February 12th, 1487.

Given that Elizabeth Woodville had spent the final five years of her life at Bermondsey Abbey, and taking into account her request for a simple funeral, perhaps her time living as a widow at a nunnery had made a profound impact on how she saw the world. The wheel of fortune had taken this woman to dizzying heights and it had also cast her back to earth with a thud. A quiet and contemplative retirement may have been just what her soul needed after the whirlwind that was her life.

There is ample evidence to suggest that Elizabeth had been a pious Christian all along; her pilgrimages to Canterbury Cathedral, her founding of a chapel in Westminster Abbey, and her membership of the London Skinners’ Fraternity of the Assumption of the Virgin all testify to this. She also requested that the King make monetary provisions for various religious pursuits during their marriage. It is not inconceivable that Elizabeth Woodville’s funeral was simply the fulfillment of this medieval woman’s final wishes, and that plague had nothing to do with it.