HomeArtThe Cleromancy of the I Ching: How Does It Work?

The Cleromancy of the I Ching: How Does It Work?

The I Ching is an ancient Chinese divination text and perhaps the oldest of the Chinese classics. The book contains sixty-four hexagrams and is used for guidance and decision-making. 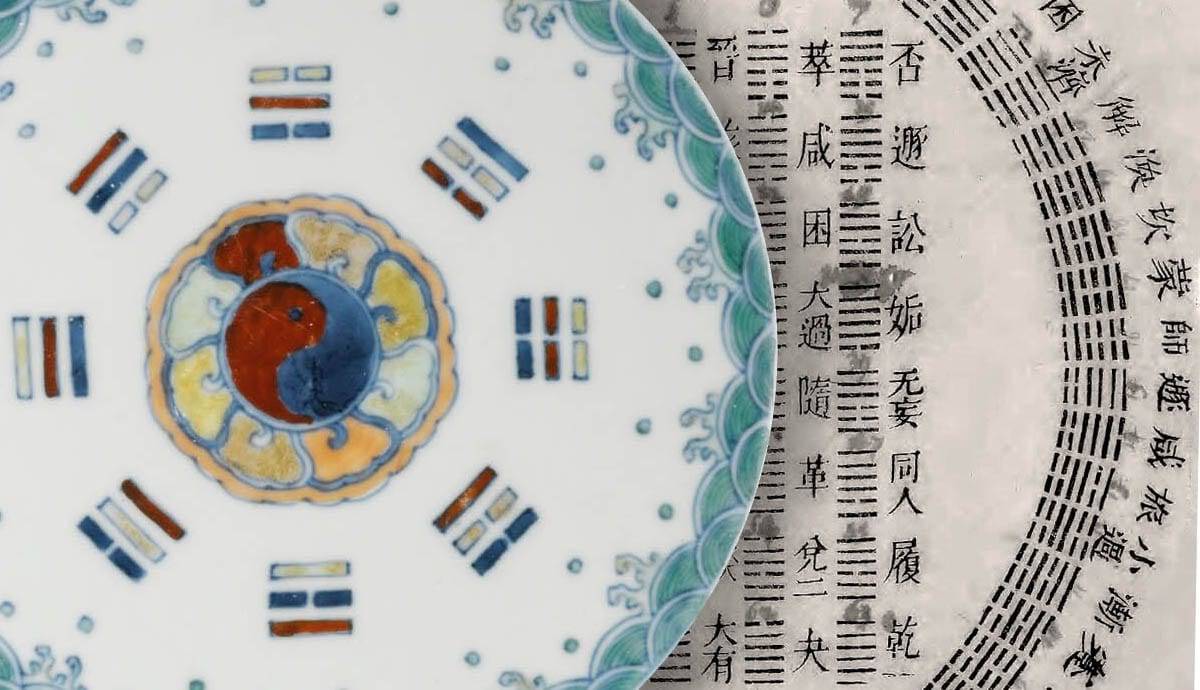 The I Ching, or ‘Book of Changes’ as it’s known in English, is believed to have been written by Fu Xi around 1000 BCE. According to the German sinologist Richard Wilhelm, Taoism and Confucianism have “common roots” in the I Ching. The book has survived in countless forms over thousands of years and even survived the burning of books under the reign of Ch’in Shih Huang Ti around 200 BCE. Wilhelm considers the book and the I Ching hexagrams a remnant of the “last truly autochthonous culture” and describes the book as “a living stream of deep human wisdom” that is as relevant today as ever.

The Ancient Wisdom Of The I Ching

Two of the most notable Chinese philosophers, Lao Tzu and Confucius, were familiar with the I Ching by Fu Xi. Some of Lao Tzu’s aphorisms were inspired by it, while Confucius edited and annotated an early version of the book. Fundamentally, the I Ching seeks to expand the reader’s consciousness by teaching a set of qualities while advising against the actions of the ego.

These qualities draw on direct human experience and wisdom. It is not to say that merely by reading the I Ching one will embody these superior qualities; rather, it depends on the application of the advice given to one’s life. Ultimately, the guidance offered is twofold: we should be led by our superior qualities while learning how to respond to negative influences, both in ourselves and in others.

The guidance offered by the I Ching is pragmatic since it acknowledges that people inherently have both positive and negative traits in their characters. Thus, it provides practical advice for successfully navigating difficult situations.

The I Ching has been used for centuries to help individuals with decision-making, conflict resolution, personal betterment, and relationship problems. At the beginning of the book, it is made clear that on the surface, the I Ching is “just a book.”

However, it is more than just a book. It is “a living, breathing oracle. “Ultimately, according to the book, those who implement the I Ching’s teachings into their lives will achieve “prosperity, understanding, and peace of mind.”

Cleromancy & The I Ching Hexagrams

Cleromancy refers to a method of sortition whereby lots are chosen. It can take many forms, such as rolling a die or picking a card, a straw, or a stalk. While cleromancy depends on chance and the outcome is seemingly random, some believe that it reveals the will of God.

The I Ching brings our focus to the present moment, the here and now. Sometimes, it advises the best course of action for our current situation; other times, it advises meditation and stillness. The first time when first consulting the I Ching is like playing a game.

According to Wilhelm, the I Ching differs from soothsaying or fortune-telling in that it has a moral dimension. It is not merely a case of being shown a card or having one’s fate revealed. Instead, one is given guidance about how to bring about good fortune and avoid misfortune. It addresses the practical matters of the moment and places the individual’s destiny in his or her own hands.

Traditionally, yarrow stalks were used, which were considered to be derived from sacred plants. Modern versions of the book recommend shaking three coins in your hand and dropping them.

Heads are counted as three and tails as two. The value of the three coins is then added together. If it is odd, one draws an unbroken line, while if it is even, a line is drawn that is broken in the center. This process is repeated until six lines are drawn.

Each six-line combination corresponds to one of the sixty-four I Ching hexagrams. One then locates the hexagram in the book and reads the text. Also, the lines of text for any “changing” lines are read, which are those lines with the numerical value six or nine.

These changing lines are then converted to their opposite (broken or unbroken), creating a new hexagram. The text for this hexagram is then read as well.

The Images Of The I Ching

According to Wilhelm, the eight elements of the I Ching were conceived as “images of all that happens in heaven and on earth,” with each element transforming into the next element just as phenomena change in the physical world. This is where the English title Book of Changes originates, from the idea that each element is transitional, just as our lives and psychic states can change from moment to moment.

Each of the eight elements used in the trigrams is also assigned an attribute:

Therefore, each of the sixty-four I Ching hexagrams is the combination of two elements or attributes, which can be the same. This combination is like a chemical compound or a mathematical equation, which galvanizes or produces a new attribute. For example, Fire + Lake = Revolution, or Thunder + Heaven = Innocence.

In the case of pairs, such as Heaven + Heaven = The Creative, the attribute, which is creative power, or benevolent energy, is compounded. Another pair is Earth + Earth = The Receptive, which is the capacity to yield, accept and nourish.

In the above image, we see a pairing which is the Yin and Yang concept in Taoism. If ‘The Creative’ is Yang, with its active and light tone, ‘The Receptive’ is Yin, which is dark and passive.

An earlier translation of the I Ching is a version by Wilhelm from 1950. The language is more poetic than in Walker’s translation. For example, it mentions “the dragon,” which in China is “a symbol of the electrically charged, dynamic, arousing force that manifests itself in the thunderstorm.” It is a symbol of creative energy. Additionally, when dragons are described in flight, it symbolizes strength.

For hexagram one, “The Creative,” Wilhelm translates the first line as “Hidden dragon. Do not act.” In contrast, Walker’s version is more pragmatic, “Darkness still. Do not act prematurely. The light of the Creative has yet to emerge. Remain patient until the time is clearly ripe.”

Wilhelm states that the eight images used in the trigrams have multiple meanings and do not have to be interpreted in a single way. Previously, they referred to a family structure. The Creative was the father, The Receptive, the mother, with the other attributes referring to three sons and three daughters.

In some cases, the Chinese character that designates the hexagram is itself an image. For instance, in hexagram three (thunder + water), Chun is “a blade of grass pushing against an obstacle as it sprouts out of the earth.” In hexagram four (water + mountain), the image of Mêng is “a stream beginning to flow down a mountainside.”

With the above image, we are reminded of the poetic and ideogramic qualities of Chinese as a language. According to one myth, Fu Hsi, the first emperor of China, saw a turtle emerging from the Yellow River and noticed eight symbols on the turtle’s shell. He is said to have observed three unbroken lines and three broken lines, which inspired the creation of the trigrams. Turtle and tortoise shells were used in ancient China as a means of divination, with the patterns being interpreted in various ways. They were also used as writing tablets.

Carl Jung & The I Ching

It is well-documented that the psychoanalyst Carl Jung frequently used the I Ching, both for himself and his patients. He even wrote the foreword for a version of the I Ching. In it, Jung suggests that it is the element of chance that lies at the core of the I Ching and of “the Chinese mind.”

Since the chosen hexagram is selected on the outcome of the coins, and the I Ching always brings our attention to the moment, there is a coincidence between the moment and the given hexagram. Jung terms this correlation between the I Ching hexagrams and the present moment synchronicity.

Ultimately, the I Ching shines a light on our blind spots and helps us successfully navigate life’s difficult moments and turning points. The proof of its value is evident in its endurance from ancient China to the present day.