HomeArtistsHow Jean-Michel Basquiat Came Up With His Fascinating Public Persona

How Jean-Michel Basquiat Came Up With His Fascinating Public Persona

Jean-Michel Basquiat was a highly influential Neo-Expressionist painter of the 1980s who created a fascinating public persona. 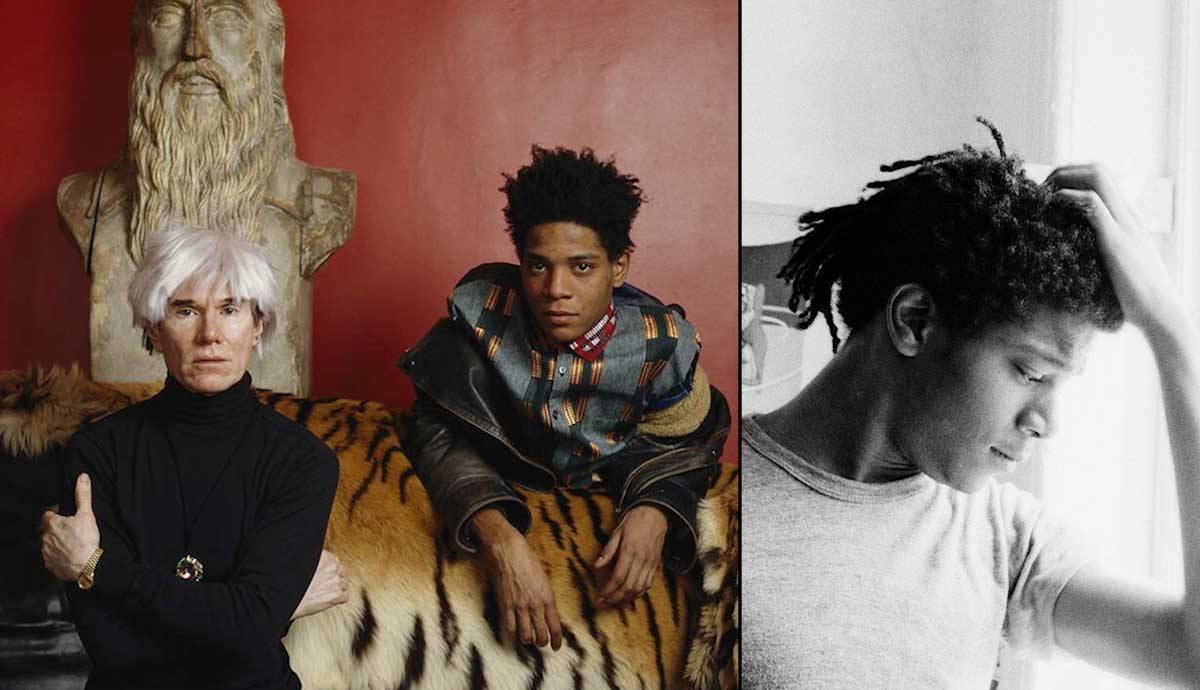 Brilliant and ambitious, Jean-Michel Basquiat rose to fame quickly and with great gusto. He became a major cultural phenomenon during his lifetime and he still retains a cult-like following today. Despite joining the infamous 27 Club due to a heroin overdose, Basquiat managed to complete more than 2,000 drawings and paintings during his short career. There are many aspects of the artist’s life that are noteworthy.

Basquiat was a successful Black artist in a world mostly dominated by white professionals. He was extremely young when he entered the international spotlight and he was hyper-productive. However, the most striking part of his career was his public image. Basquiat created a new kind of persona as a contemporary artist. He was cool and suave with an ostensible nouveau riche image in the art world. Basquiat and his peers shifted the art world’s appreciation of the image of a starving artist to that of an artistic superstar.

The Explosive Rise of Jean-Michel Basquiat

It was never a secret that Jean-Michel Basquiat (1960-1988) wanted to achieve a certain level of fame. New York City in the 1970s and 80s was a hotbed of creativity. Young painters, musicians, poets, and other artists were flocking to the city, all wanting to make it happen. The relationship between artists and their community was intimate and reciprocal. Basquiat entered the scene when art was minimal and artists were expected to be reclusive and living on the fringes of society. The artists he respected frequented clubs like the Mudd Club, Club 57, and CBGB. This intensely alternative and creative environment was full of artists presenting themselves to the public and working to achieve notoriety.

The difference between Basquiat and many of his peers was that he did make it. Fred Brathwaite aka Fab 5 Freddy, one of the key founding architects of the modern street art movement, said of Basquiat in 1988, “Jean-Michel lived like a flame. He burned really bright. Then the fire went out. But the embers are still hot.” Those embers continue to burn bright to this day, not only because of Basquiat’s highly influential and poignant artworks but also because of the cult of his personality. Basquiat created a space for artists to cultivate a new kind of social status: celebrity.

Growing Pains of a Young Artist

Born in 1960, Basquiat was raised by a Haitian father and a Puerto-Rican mother in Brooklyn. Clearly gifted from a young age, he was fluent in three languages by the age of 11. He was encouraged by his mother to explore institutions like the Brooklyn Museum and the Museum of Modern Art. According to Basquiat, his childhood was marked by his father’s abusive tendencies and his mother’s erratic mental health. When he was eight years old, Basquiat’s parents separated and he and his two sisters were sent to live with their father.

The same year, Basquiat was hit by a car and spent one month in the hospital reading Gray’s Anatomy. This classic medical text would later inspire him to incorporate bodily motifs into his later paintings. The text also inspired the founding of an experimental band called Gray. Examples of this can be seen in works like Femur and Right Clavicle from his Anatomy Series (1982). Basquiat’s upbringing, his relationship with money while growing up, and the trauma from his childhood all appear in his artistic practice.

Basquiat went to City-As-School High School where his classmate was Al-Diaz. The two went on to create the graffiti tag SAMO, an abbreviation of the words same old shit. Their provocative social commentary, painted across the walls of SoHo and the East Village, developed into one of the most widely recognized tags in New York City in the 1970s. When Basquiat dropped out of school during his final year, he joined the party scene of New York City and DJed at the influential counterculture hotspot the Mudd Club. Down and out financially, he supported himself by selling hand-painted postcards, posters, and t-shirts. He famously sold several postcards to Andy Warhol, who would later become his close friend and mentor.

Basquiat’s work is considered part of the 1970s and 80s Neo-Expressionist movement. His bold, colorful depictions have been described as child-like and primitive, but they also contain social commentary. He handled materials roughly and rebelliously, creating work rife with subtle hidden meanings and symbols. His work is confrontational and exhibits intense frenetic energy.

The human body is a major motif in his work. Elements of his inner character, his career, and his role in the contemporary art ecosystem are present as well. Each painting is a visual response to his environment and his cerebral explorations into philosophy, art history, and social issues.

He critiqued inequality existing in society, as well as the art establishment itself. He highlighted many dichotomies of his time including integration versus segregation, wealth versus poverty, and inner versus outer experience. Much of this came from an ongoing internal struggle, namely the struggle to remain true to himself while simultaneously exploding onto the international stage within just a few years. The three-pointed crown, one of his more recognizable motifs, was used to portray black figures as saints and kings. However, it was also a critique of wealth distribution and capitalism, including a reflection on his own rapid accumulation of money.

An Explosive Rise to Fame

Basquiat’s first major exhibition was called The Times Square Show in 1980, followed by the group show New York/New Wave a year later at the P.S.1 art space in Queens. It was at the latter exhibition that the young artist was noticed by the gallerist Annina Nosei. Nosei was representing artists like Barbara Kruger and Keith Haring at the time. Basquiat heralded as the new Rauschenberg after his success at P.S.1 had no paintings ready and was given studio space and supplies by Nosei. His studio soon became a churning factory of creative energy often accompanied by a soundtrack consisting of jazz, classical, and hip-hop records.

By 1981, Nosei had filled her gallery with Basquiat’s paintings and they quickly sold out. He likewise sold out his first solo show at her gallery a year later. This was his first time exhibiting under the singular name Basquiat. From there the artist saw an unprecedented rise to riches. Soon Basquiat was exhibiting internationally in Switzerland and Italy. The money began flowing in and the former graffiti artist became an international celebrity.

The Creation of an Art Star

Perhaps the most significant moment in altering his public persona was a New York Times Magazine article titled New Art, New Money: The Marketing of an American Artist written by Cathleen McGuigan in 1985. McGuigan writes about Basquiat hanging out with friends Keith Haring and Andy Warhol at the infamous Mr. Chow restaurant, drinking kir royale, and socializing with the elites of the New York City arts scene. She describes his warp-speed rise from living on the street to selling paintings for $10,000 to $25,000.

Basquiat bought expensive Armani suits, in which he would both go to dinner and paint. He threw parties constantly and hosted friends for days on end in his studio. Part of this was likely due to the fact that Basquiat had no idea what to do with his money. He didn’t even have a bank account. The chaotic combination of youthful confidence and a massive influx of cash left him at a crossroads.

Everyone wanted a piece of this young, energetic, rebellious painter who ostensibly flaunted his growing fortune. He attracted the attention of stars like David Bowie and Madonna. Yet, there was always an inherent contradiction between his grandiose lifestyle and the issues he criticized in his work. According to other sources, he was wary of new connections in relation to the white upper class and was known for wearing African chieftain outfits to gatherings of wealthy collectors. He was critical of consumerism and classism, as well as the marginalization of Black artists in art history.

Basquiat openly participated in the fabrication of his own persona, but, behind the scenes, there was a distaste in his work for the ills brought on by fame and fortune. While he sought recognition from his peers, his mentors, and the major art institutions, by many accounts, he was unprepared for the consequences.

Today, Basquiat is considered one of the most influential American artists. He addressed issues in his creative works that are still relevant today. He has inspired countless songs, fashion collections, films, and artworks. Musician Jay-Z references Basquiat in his song Picasso Baby and the famous artist Banksy called his 2019 work Banksquiat. In 2010, a documentary on Basquiat directed by Tamra Davis called The Radiant Child was released. Perhaps the most impressive result of his posthumous success was the sale of the painting Untitled for the historic sum of $110.5 million at a Sotheby’s auction in 2017. This sale set the record for the most expensive American artwork ever sold at an auction. It is also the most expensive work created by a Black artist and the first piece worth $100 million dollars created after 1980.

In a 1992 essay entitled Repelling Ghosts, author Richard Marshall beautifully captures the trajectory of Basquiat’s life: “Jean-Michel Basquiat first became famous for his art, then he became famous for being famous, then he became famous for being infamous, a succession of reputations that often overshadowed the seriousness and significance of the art he produced.” Basquiat was undeniably a celebrity of counterculture at a time when artists were seen as people living on the fringes of society. However, Basquiat was young, impressionable, and brilliant. He changed the public perception of artists and made people see successful contemporary artists as celebrities. 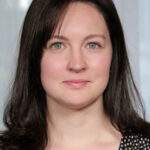 By Katharine GordonBA Art HistoryKatharine holds a B.A. in Art History from the American University of Beirut. After graduation, she served as Communications Officer for Dongola Limited Editions, a bespoke artist book publishing house. From 2018 until 2021, Katharine served as the Senior Editor of Gallery magazine, a quarterly English-language publication dedicated to fine arts in Lebanon. Katharine is currently a Project Manager at OBCIDO Inc., a media and PR company based in New York, as well as a Freelance Content Writer and Marketing Specialist. Her work has been published in Canvas Magazine and How to Spend It.

Grotesque Sensuality in Egon Schiele’s Depictions of the Human Form
By Katharine Gordon, in Artists

How Did Andy Warhol Die?