Marx's influence on the politics of the 20th century is unparalleled, yet not many can claim to have actually read his writings. Discover 5 of his most important works. 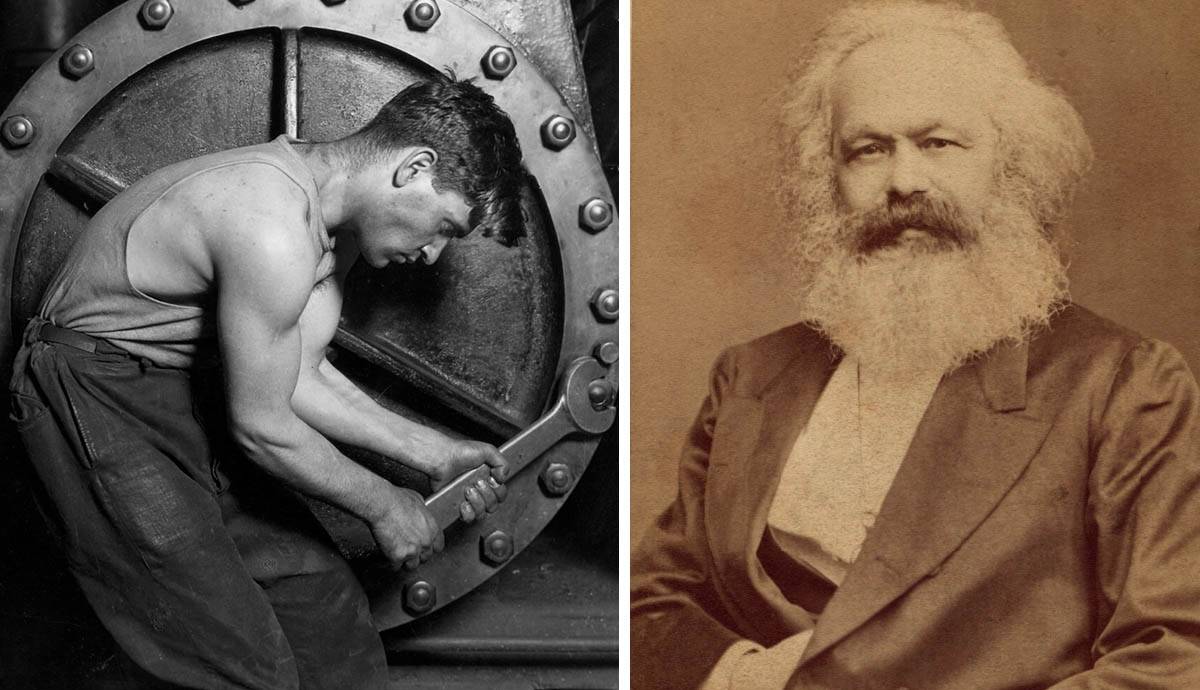 Karl Marx once claimed that “no prophet can hope to succeed without a beard.” He described capitalism as “vampire-like” and, elsewhere, argued that in its “werewolf hunger for surplus labor, [capitalism] oversteps not only the moral but even the merely physical maximum bounds of the working day.” Everybody has heard of Karl Marx, Marxism, and the Marxists. Yet, very few people have read Marx’s work. A basic understanding of his key ideas can be gleaned from a brief introduction to five of his most important works.

The Economic and Philosophical Manuscripts of 1844, also known as the Paris Manuscripts, or 1844 Manuscripts, comprise a series of nine notebooks produced by Marx in the summer of 1844. Though he intended them for publication, he got distracted and moved on to other projects. The 1844 Manuscripts were finally edited and published in 1932.

Though the manuscripts form the starting point for Marx’s critique of political economy, they are fragmentary and not particularly well connected. They consist of excerpts and quotations from political economists that he read at the time. But they are also full of his musings and critical analysis. Among these essential ideas is Marx’s concept of alienation.

Karl Marx believed artistry and creativity are what make us human. On the other hand, the capitalist form of work severely limits and ultimately destroys the worker. For Marx, the factory labor system alienates workers from their labor and takes them to be mere cogs in a machine.

For Marx, the alienation of the worker from their labor is an unchangeable fact of capitalism. In the capitalist mode of production, “labor,” he claims,  “is external to the worker” and thus alienates the worker from nature, from themself, and from others. Human beings are, for Marx, creative beings — creative labor is central to their “species being”.

In the capitalist mode of production, Marx contends that man “does not affirm himself but denies himself, does not feel content but unhappy, does not develop freely his physical and mental energy but mortifies his body and ruins his mind.” Alienated from their species-being, humans are reduced to the level of an animal, working only to produce a commodity and under the compulsion of fulfilling their own physical needs.

Marx on Religion: Contribution to the Critique of Hegel’s Philosophy of Right

The introduction to the Critique of Hegel’s Philosophy of Right was published in 1844 in Karl Marx and Arnold Ruge’s radical Parisian newspaper, the Deutsch-Franzosische Jahrbücher. Like the 1844 Manuscripts, this short essay offers a wide-ranging critique of bourgeois society. Critically, it is the essay in which Marx outlined his now-famous analysis of religion.

Marx’s introductory essay in the Jahrbücher was one of a series of his writings that addressed the question of religion. However, the Contribution to the Critique of Hegel’s Philosophy of Right contains his most well-known quote on the subject, that “religion is the opium of the people”.

Yet, to quote this famous phrase alone is to misrepresent what Marx was actually saying. First of all, in 1843, opium was medicine, a comforter, and a painkiller. It was not the street drug that we associate with the term “opiate” today. In this sense, Marx’s famous quip recognized the social function of opium — and thus religion as a legitimate social phenomenon.

Before Marx wrote that religion was “the opium of the people,” he claimed that “religion is the sigh of the oppressed creature, the heart of a heartless world, and the soul of soulless conditions.” He was not, therefore, dismissing religion out of hand. Nor was he saying that religious people are akin to smackheads. He was saying that to understand religion, one has to understand the social conditions that gave rise to it.

Karl Marx believed that God didn’t create man, man created God. Therefore, his critique of religion was a critique of the world and its social problems. For Marx, the immediate task of history was to combine calls for religious emancipation and political emancipation into a movement with the aim of human emancipation.

Das Kapital: Kritik der politischen Oekonomie was first published in 1867. It was the only major theoretical work published in Marx’s lifetime. Better known in English as Capital, Volume I, the book has a great deal to say about capitalism. Yet, it does not describe how capitalism works in daily life. Instead, it offers an abstract study of capitalism’s ‘laws of motion.’

Karl Marx was a great literary figure, and Capital is awash with references to Dante’s Inferno, Balzac, and Shakespeare. The book speaks of vampires and werewolves, lampoons the significant figures of the day, and brilliantly showcases Marx’s dialectical method. However, the structure of the book is somewhat challenging to follow.

Marx himself admitted in the preface to the French edition that the first several chapters of the book would challenge even the most dedicated reader. Yet, for Marx, Das Kapital represented a new science of political economy. Justifying his method, he wrote that “there is no royal road to science, and only those who do not dread the fatiguing climb of its steep paths have a chance of gaining its luminous summits.”

Marx’s method is highly original. First, he offers observations on the ground before moving to the level of abstraction and building foundational conceptual ideas based on his observations. Marx then brings these abstract ideas down to the surface level to explain the reality as he sees it on the ground.

Capital, Volume I is a tour de force. It covers a range of subjects, from commodities, exchange, and money, to the labor process and the production of “surplus-value,” to the working day, the logic of “capital accumulation,” and the secret of “primitive accumulation”. Das Kapital is Karl Marx’s magnum opus.

The “Manifesto of the Communist Party” was written by Karl Marx and Friedrich Engels in expectation of the coming revolution. A short little pamphlet originally published in 1848, the Communist Manifesto is the classic text for understanding Marx’s action-orientated political thought. The book is radical, contentious, and short. Above all, the Manifesto is a political text.

The bare bones of Marxist theory are presented to the reader of the Manifesto in clear, coherent prose. The bourgeoisie (capitalist class) and the proletariat (the dispossessed and working classes) are set up as clear and opposing forces. Critically, Marx shows that capitalism must, by its very nature and logic, constantly expand across the world to draw material resources and labor into its orbit and ensure its reproduction.

Furthermore, the Manifesto highlights that two fundamental contradictions animate capitalist society. On the one hand, the working classes produce wealth while the capitalist classes appropriate it. And on the other, the enormous growth in the volume of wealth produced by the working classes correlates with their accelerating pauperization. Simply put, the rich get richer while the poor get poorer.

Marx and Engels detail the “revolutionary role in history” of the bourgeoisie. They claim that the colossal forces of capitalist production far exceed the marvels of the “Egyptian pyramids, Roman aqueducts, and Gothic cathedrals.” The Manifesto claims that the bourgeoisie has uniquely demonstrated what human activity can accomplish. However, Marx and Engels’ vision is that the proletariat will too become a revolutionary class.

In this regard, a central claim of the Manifesto is that the bourgeoisie effectively “produces their own gravediggers”. The more proletarian workers are brought together — through the concentration and growth of industry — the more their capacity for revolutionary unity. “Workers of the world,” Marx claims, have “nothing left to lose but their chains.” At the same time “they have a world to win.”

Despite the importance of the Manifesto, the Eighteenth Brumaire of Louis Bonaparte is Marx’s most important political work — but also one of his least read. “Brumaire” refers to a calendar date: 2nd December 1851. The date when the “ludicrous and vulgar” Louis Bonaparte seized dictatorial power to become the first President of France, Napoléon III.

The book is a story of revolution and counter-revolution. A work of French political history but also a work of political analysis. The text is a literary great in its own right, ram-packed with theatrical metaphor, parody, and biting wit. A celebrated account of the high drama of the political stage, the Eighteenth Brumaire features some of Karl Marx’s most intelligent observations.

The Eighteenth Brumaire councils that the coming social revolution must develop its own political language rather than rely on the “poetry of the past.” The book is thus a statement about revolutionary prospects as well as an articulation of the historical method. At its best, the text discusses how the objective structures of capital and class fight it out in politics, and class interests come to be represented through symbolism and language.

Critically, the Eighteenth Brumaire shows that, in reality, the great struggle between bourgeoisie and proletariat never actually reveals itself in naked, pure form. The text is one of Marx’s most important because it demonstrates that if everyday politics is to be understood, one must look beneath the surface and reveal the class forces that structure political reality. 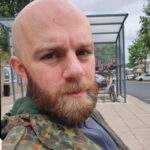