William Shakespeare was a big fan of classical writers like Ovid and Plutarch. Find out how the classics helped inspire 3 aspects of his most popular plays. 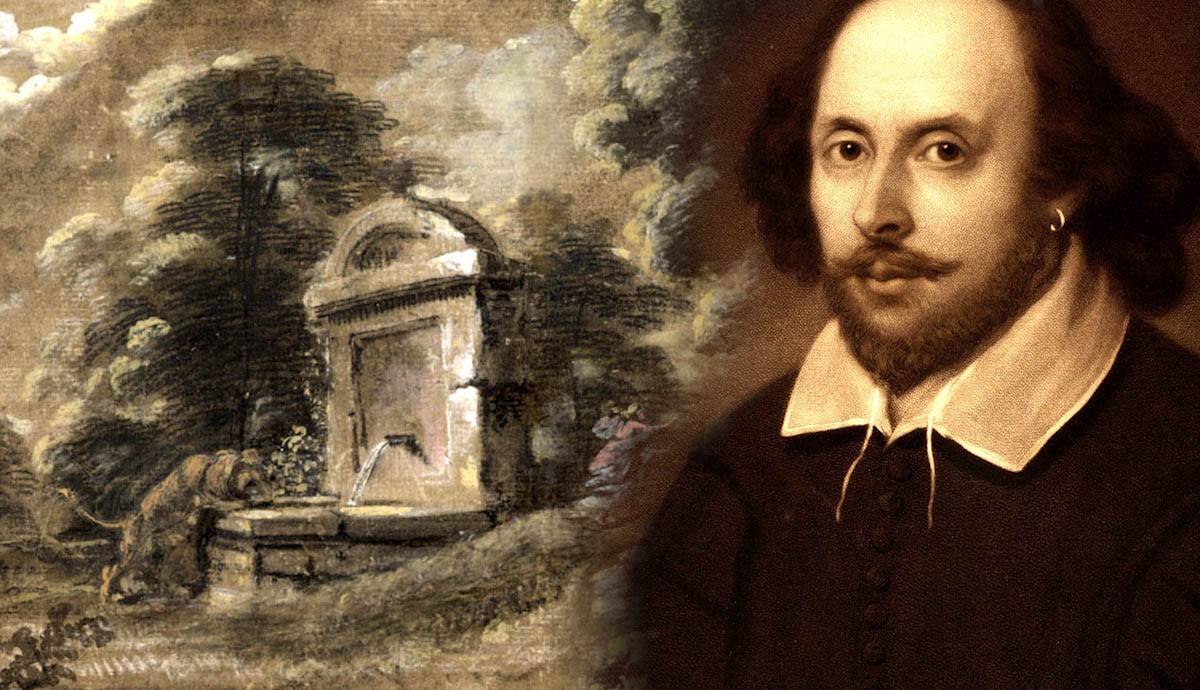 “Small Latin and lesse Greeke.” So wrote Ben Jonson in a eulogy for William Shakespeare. This appraisal of Shakespeare’s (lack of) learning has largely stuck. History has often written William Shakespeare as a genius who — in spite of a paltry grammar school education — managed to write brilliant works of art.

This does not do Shakespeare justice. No, he wasn’t an erudite classicist like Jonson. But his plays give clear evidence that the bard knew his classics — intimately. Take any work, and you’ll find it full of allusions to the likes of Plutarch and Ovid. Let’s take a look at 3 things William Shakespeare owes to classical literature.

Just how much Latin had William Shakespeare read? Enough. At grammar school, Shakespeare would have a good foundation — enough to get by. And even if he hadn’t read the original classical texts, English translations were in circulation at the time.

However the texts got to him, William Shakespeare was an avid reader of Vigil, Livy, Plautus, and Sappho. Ovid in particular tickled Shakespeare’s fancy (his first published poem, Venus and Adonis, was based on Ovid’s version). And Plutarch’s Lives became the bedrock of his Roman histories, like Julius Caesar and Antony and Cleopatra.

His knowledge of the ancient world was not without its blunders. (Puzzlingly, a clock strikes in Julius Caesar; and Cleopatra plays a game of billiards in Antony and Cleopatra.) Anachronisms aside, Shakespeare’s plays draw extensively from classical stories. His contemporaries unfairly underestimated his learning. Maybe they did so because Shakespeare made his sources his own. Never does Shakespeare quote a classical text verbatim; instead, he reinvents it, to the point that it can be unrecognizable.

Classical texts were dealt with in complex ways, which made his allusions less obvious. For example, Shakespeare made the texts more accessible. He would tweak a story to be more relevant for a mainstream audience. Sometimes he’d heighten the suspense, so it would better suit the stage.

Ultimately, William Shakespeare did more than his contemporaries to keep classical literature in the popular consciousness. His plays breathed new life into old stories, helping to immortalize classical antiquity right up until today.

1. The Mechanicals Perform Pyramus and Thisbe

Hands down, the show-stealer in A Midsummer Night’s Dream is the ass-headed Nick Bottom. At its hysterical climax, beloved Bottom and his rude Mechanicals put on a play that gradually comes undone. That play references an ancient myth, Pyramus and Thisbe. Though an Elizabethan audience might recognize it via Chaucer, the oldest surviving copy of the myth came from Ovid.

In Ovid’s Metamorphoses, Pyramus and Thisbe is a tragedy. Two young lovers fall in love through a crack in the wall that separates their houses. Though they are forbidden to marry, they plan to elope and meet under a mulberry tree. A major misunderstanding ensues, and  (thanks to a bloody lion) Thisbe stabs himself, believing Pyramus to be dead. Pyramus follows suit, using Pyramus’s sword. (Sounds familiar? Shakespeare would rework the story for a little-known play, Romeo and Juliet.)

But in Midsummer, the tragedy becomes a comedy. Under the “direction” of Peter Quince, the bumbling Mechanicals tackle the play for Theseus’s wedding. Headlined by the limelight-seeking Bottom (who wants to play every part), the tradesmen take a ludicrous shot at acting.

The end product is buffoonery on stage. They make nonsensical allusions (“Limander” not “Leander”) and mix up their lines. Casting is also absurd, featuring Tom Snout’s fingers as the “crack on the wall,” and Robin Starveling holding up a lantern as “the moonlight.” It’s a trainwreck of a performance–and it’s hilarious.

Repeatedly, the Mechanicals break the illusion of the play. Thisbe (Bottom) talks back to the audience: “No, in truth sir, he should not.” Afraid of frightening the ladies, Quince reassures the audience that the lion is only Snug the joiner.

By doing this, Shakespeare probes the question of appearance versus reality. Throughout, this is a central concern of Midsummer, but here the theme is developed further. The play-within-a-play jolts us out of complacency and draws attention to the fact that we ourselves have been immersed in an illusion. Momentarily, the “spell” of the play we’ve been under is suspended.

In William Shakespeare’s play, Ovid’s Pyramus and Thisbe is flipped into a comedy. But more than that: it’s used as an opportunity to delve into the nature of reality itself, and ends up becoming one of the most interesting moments of the entire work.

2. The Pastoral and the Forest of Arden

Taking place largely in the Forest of Arden, As You Like It is William Shakespeare’s ultimate pastoral play. In it, Shakespeare harkened back to an Ancient Greek mode of pastoral poetry.

Ancient Greek writers like Hesiod and Theocritus wrote bucolic poems. In these texts, the countryside represented a lost Golden Age. Writers yearned nostalgically for a peaceful time in Arcadia when man was connected to nature. Texts emphasized the simplicity, honesty, and wholesome goodness of everyday life in the countryside. By the Renaissance, many were reviving this pastoral mode. In works by Marlowe, and Thomas Lodge, Arcadia was now a pre-Fall Eden.

In As You Like It, the Forest of Arden seems to be just this paradise. Throughout, it acts as a foil to the corrupt court of the conniving Duke Frederick. The “golden world” affords freedom for all characters. Here, Duke Senior can escape the clutches of his evil brother (as can Orlando). Here, unshackled by the patriarchal court, Rosalind can cross-dress as Ganymede.

Plus, characters have a spiritual reckoning in the forest. Both villains, upon stepping foot in Arden, have revelations and repent their ways. Miraculously, they abdicate their lives of evil and adopt a simple life in the forest instead.

Utopian green world, shepherds, and love stories — aren’t these just the same tropes of the pastoral, recycled? Not quite. Shakespeare also satirizes the genre. At points, Arden warns us not to take it as a utopia at face value.

There’s the man-eating lion. And the python. Both nearly kill Oliver, pointing out the dangers of being in the wilderness, away from the comforts of “civilization.” Malcontent Jaques points this out too. Early in the play, the cynical lord mourns the slow death of a stag. He reminds us that cruelty exists in nature too.

Plus, the forest is where an unlikely love match begins. Audrey, a country bumpkin, weds Touchstone, the witty fool. Built on shaky foundations, this incompatible pair rushes into a hasty marriage based wholly on lust. This bawdy love story talks back to the “purity” the Greeks found in nature.

As You Like It adopts the pastoral tradition from classical literature but deals it a heavy dose of realism. Again, Shakespeare is critical of the classical genre he inherits.

3. Allusions In William Shakespeare’s Much Ado About Nothing

In Much Ado About Nothing, Benedick and Beatrice are locked in a “merry war” of wits. What makes them a perfect match is the clever, skillful ways they use language. Both boast a sharp wit, and their “verbal gymnastics” exceed any character but the other. Part of what makes their banter so legendary is that it’s stocked with allusions to classical mythology. Both whip out references to antiquity with ease.

To take one example, Benedick rants about Beatrice at the masked ball:

“She would have made Hercules have turned spit, yea, and have cleft his club to make the fire, too. Come, talk not of her. You shall find her the infernal Ate in good apparel.”

Here Benedick is alluding to the Greek legend of Omphale. According to this myth, the Queen of Lydia forced Hercules to dress as a woman and spin wool during a year of his servitude. Possibly, Benedick feels equally emasculated by Beatrice’s assertive wit.

Just a beat later, Benedick likens Beatrice to “the infernal Ate,” the Greek goddess of discord and vengeance. Fitting: Beatrice indeed uses her words to brew trouble, and competes vengefully with Benedick to wound his ego. Allusions like these pop up throughout their bickering. Both characters have the ability to add layers of meaning to what they say, and make sophisticated references. Because of this, they are true equals in intelligence and perfect sparring buddies.

In this article, we’ve glimpsed just 3 classical influences in William Shakespeare’s plays. But across his oeuvre, it’s clear that the bard had a deep knowledge of classical literature. In fact, some of these allusions make for the most interesting moments of his plays. By constantly reinventing texts, Shakespeare made the classics relevant for a contemporary audience, keeping classical literature alive for generations. 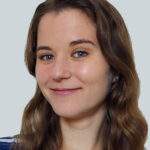