HomeArtistsLinda McCartney: The American Photographer Who Captured the Sixties

Linda McCartney: The American Photographer Who Captured the Sixties

Linda McCartney was an American artist who captured her life on camera: from the Swinging Sixties to the everyday moments of family life with celebrity husband Paul McCartney. 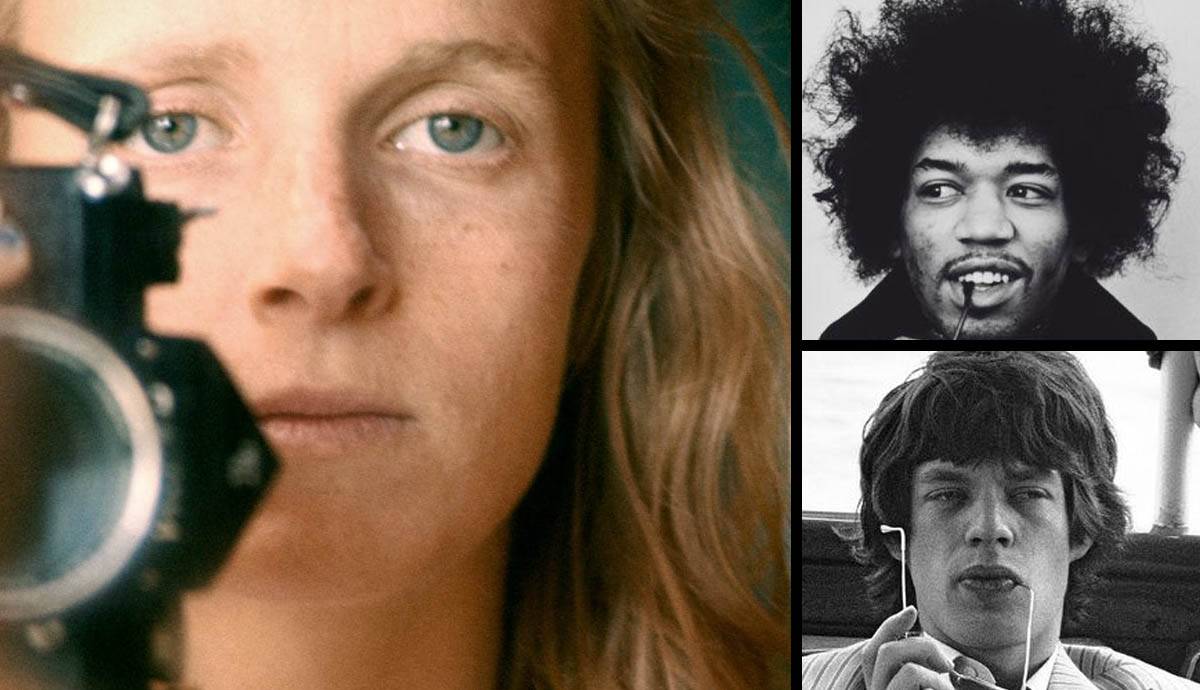 In 1941, Linda Eastman McCartney was born in New York into a family that instilled in her a love of art from a young age. Her father was an entertainment lawyer who represented famous contemporary artists like Willem de Kooning and Mark Rothko, so his children were exposed to all the burgeoning modern art movements that mid-century New York City had to offer.

This curiosity and appreciation for art, and an awareness of contemporary trends and fine art techniques, likely inspired the American artist to pursue studies in fine arts and art history at university, and later to pursue a career as a photographer.

Where Did Linda McCartney Come From?

At the University of Arizona, Linda McCartney was introduced to photography, although she only enrolled in two photography classes and never completed a degree. After marrying and divorcing her college sweetheart, Linda McCartney moved to New York City with her young daughter, Heather. As a single mother, McCartney enjoyed life in the city and worked as an editorial assistant for Town & Country magazine. In the 1960s, New York City was at the center of the cultural revolution, from Pop art to rock and roll.

How Did Linda McCartney Become a Music Photographer?

Linda McCartney’s trajectory towards a career as a music photographer began with a series of coincidences. When Town & Country magazine was invited by the Rolling Stones to a promotional event aboard a boat, McCartney volunteered and was assigned to attend as both journalist and photographer. With no professional photography experience, McCartney boarded the boat with a camera and a stack of film and, while sailing around Manhattan with the band, captured images that demonstrated her unique vision and technical talent as a photographer.

Unlike many members of the press, Linda McCartney was enthusiastic and knowledgeable about rock and roll, which gave her access to the band at their most relaxed and candid moments of the voyage. Her superiors at Town & Country were rightfully impressed with her work. She immediately received positive attention for it outside the magazine as well.

Recounting this experience, Linda McCartney said, “I was a bit shy and introverted, but looking out through the lens I saw, and I forgot myself and I could actually see life. This enthusiasm came out of me, and it did, photography changed my life in that way.” The American artist would soon go on to capture distinctive, intimate portraits of dozens of other sixties icons, from Jimi Hendrix to Twiggy.

Capturing the Culture of the Swinging Sixties

Linda McCartney’s success as a photographer of the Rolling Stones quickly paved the way for the American artist to receive more photography commissions from various publications to capture the culture and fervor surrounding music in the 1960s. McCartney was in the right place at the right time, as New York City was the heart of the Swinging Sixties in America—a modern cultural movement led by young people and characterized by revolutions in art, music, and fashion, as well as psychedelic drugs and sexuality.

Bands, from the up-and-coming to the already world-famous, commissioned McCartney for publicity portraits for their tours, but she gained recognition for her unusual approach to taking behind-the-scenes pictures that made viewers feel like they were getting to know the stars as people rather than icons.

McCartney photographed many stars of the sixties and became the first female photographer to have her work featured on the cover of Rolling Stone magazine. In 1967, just one year after the boat voyage that launched her career, McCartney was named US female photographer of the year. In 1968, McCartney traveled to London to shoot more sixties stars across the bond. She secured a highly exclusive invitation to the launch party for Sgt. Pepper’s Lonely Hearts Club Band, where she photographed what are now iconic images of The Beatles. This event was life-altering for McCartney in more ways than one—two years later, Linda and Paul McCartney were married.

From Rock and Roll Photography to Intimate Family Portraits

Linda McCartney said, “The real thing that makes a photographer is more than just a technical skill, more than turning on the radio. It has to do with the force of inner intention. I have always called this a visual signature.” Indeed, Linda McCartney’s photographs are distinctive for their spontaneous, intimate, emotional feel—and these qualities are especially evident throughout her large collection of family photos. Without much formal training to inform her approach, McCartney relied on her instinct with great success as a photographer. She also relied on nature as a huge inspiration.

In the 1970s and 80s, Paul and Linda McCartney and their four young children spent much of their time together at a remote farmhouse in Scotland to escape the pressures of celebrity. There, they enjoyed sprawling landscapes and the company of animals while they raised their children and focused on their respective careers as artists. With a camera always at the ready, Linda McCartney captured the everyday happenings and objects that defined her family life, turning mundane moments into portraiture and everyday clutter into still life art. She also made a large series of self-portraits—often mirror reflections—that feel especially intimate and down to earth. “As far as knowing when to shoot, I always relied totally on my instinct,” said McCartney. “I believed I could feel when there was a good picture.”

How Linda McCartney Experimented With Photography

In addition to amassing an oeuvre of traditional black-and-white and color film photography, Linda McCartney experimented with other methods of photography, including Polaroid instant film and cyanotype printmaking. From the 1970s into the 1990s, McCartney used a Polaroid instant camera to take small square photographs that developed on the spot, from candid portraits of her children to abstract compositions of light. The simplicity and limitations inherent to this format demonstrate McCartney’s instinct for zeroing in on the most interesting patterns, compositions, and light formations in her surroundings.

Linda McCartney also experimented with cyanotype photography, a process from the early 19th century that uses sunlight to expose a blue and white image onto chemically treated paper. Cyanotype prints can be made without a darkroom and sometimes even without a camera. McCartney utilized this technique at various points in her career and found within it a unique opportunity to experiment with the high contrast and rich blue hues, mixing an old-fashioned method with her modern and spontaneous approach to photography. McCartney published an entire book of her cyanotype images, titled Sun Prints, in 1988.

Linda McCartney was always drawn to animals and frequently photographed them and otherwise spent time with them throughout her life. McCartney utilized her photography skills—and specifically her interest in capturing animals in a loving and emotional way—to support various animal rights causes in the United States and Great Britain, including the anti-fur lobby, People for the Ethical Treatment of Animals, and The Council For The Protection Of Rural England.

Later, Linda and Paul McCartney became outspoken advocates for vegetarianism, a lifestyle they had embraced for years. McCartney wrote and published several vegetarian cookbooks that became international bestsellers. In 1991 she also founded her own company, Linda McCartney Foods, that offered a line of frozen vegetarian meals—something that had not been accessible to the average grocery shopper. Linda McCartney’s legacy as an animal rights advocate lives on through the continued publication of her recipes and expansion of her brand.

From her childhood and university days to her tragic death at age 56 from breast cancer, Linda McCartney excelled at a wide variety of artistic pursuits and never stopped being creative. She was an award-winning American artist, a passionate animal rights activist, a bestselling cookbook author, a devoted mother to four children, and a supportive partner to an overwhelmingly famous celebrity. All along the way, the American artist saw life through the lens of her camera and documented everything from professionally posed rock stars to a pile of children’s toys.

McCartney’s work has been exhibited in museums and galleries around the world and continues to resonate with museum-goers and book collectors today—proving the timeless power of thoughtful, personal photography. “A good photograph to me is…something that will make you react, stop and look and think really,” said McCartney. “You know, really… a picture is worth a thousand words.”

The American artist’s photographs are very emblematic of their time, whether that be the cultural revolutions of 1960s New York or snippets of Scottish farm life in the eighties. But Linda McCartney’s photography has also proven universal for its ability to invite viewers to stop, look, and think about how a personal moment viewed through someone else’s lens can be made to feel relatable and timeless.

From Medicine to Poison: The Magic Mushroom in 1960s America