From the sans-culottes of 18th-century France to the mini-skirts of the 1960s and contemporary feminism, fashion was related to various social movements, expressing messages that go far beyond aesthetics. 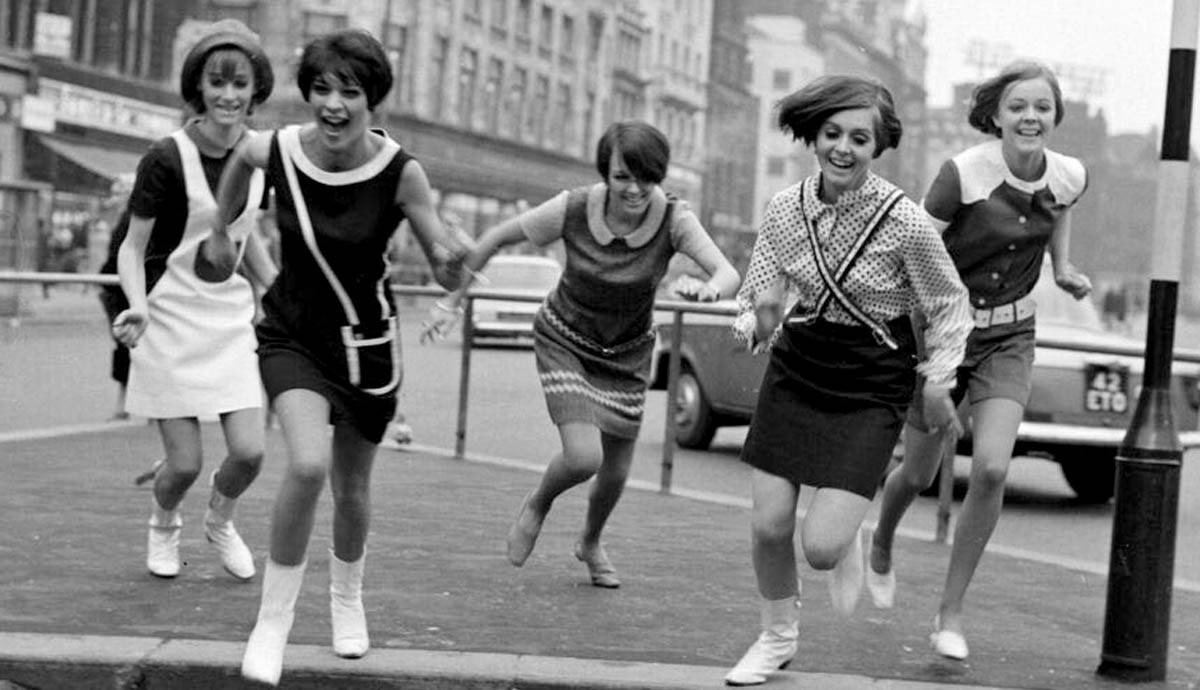 Throughout the years, fashion history has been used as a powerful tool by many activist groups. Fashion and activism were always mixed together, bringing social and political changes. Certain clothes have given visual currency to social movements of the past and of today. The common denominator in these movements has always been the message which activists would like to convey.

The French revolutionist commoners in 18th century France, the working class of the third state, were given the name “sans-culottes,” meaning without breeches. The term sans-culottes referred to the low-class status of the populist revolutionaries because they wore long, full-length trousers instead of the aristocratic breeches over stockings.

In response to their poor quality of life under the Ancien Régime, they used fashion to identify themselves as a group that stood up for their rights and fought against the monarchy during the French Revolution. As a symbol for their struggle for equal recognition and distinction, the sans-culottes created a civilian uniform, consisting of loose-fitting pieces. This was a celebration of the new freedoms of expression, socially, politically, and economically that the French Revolution promised.

An Ode to Women’s Suffrage Movement

In the early 1900s, the women’s suffrage movement emerged in the U.S. and Britain, as an attempt for women to demand their right to vote in the elections. This led 5,000 women in 1913 to march up in Washington, D.C, demanding the vote.

Fashion, feminism, and politics were always entangled. Suffragettes were able to use fashion as a political and campaign tool, which at a time was innovative. They used it to advocate their cause, emphasizing a feminine appearance. Fashion styles became very suitable to the message that they tried to convey. Breaking away from traditional expectations, they chose instead to present themselves as strong and independent women.

From the big Victorian restrictive dresses to more comfortable, streamlined outfits, the Women’s Suffrage Movement changed women’s clothing. Until then, the social patriarchy labeled women, making them wear what men considered attractive. Women started to wear trousers that ”they were not supposed to wear,” highlighting a new era of women’s places in society.

The super-tight Victorian corsets had been replaced with looser styles that allowed more freedom of movement. The tailored suit as well as the wide skirt-and-blouse look was associated with suffragettes as it conveys both practicality and respectability. They introduced three identifying colors to wear to events: purple for loyalty and dignity, white for purity, and yellow for virtue.

In Britain, yellow was replaced by green to signify hope, and the members were encouraged to wear the colors “as a duty and a privilege.”  From then on, suffragettes would often wear purple and gold (or green) as a sash over a white dress to indicate their femininity and individuality. Eventually, the Suffrage social movement led to a new empowering image of women that related to American first-wave feminism.

Mini-skirts and the Second-wave Feminist Movement

During the 1960s, a major rise of feminist power occurred in fashion with the appearance of the famous mini-skirt. So, feminism is connected to one of the most important periods in fashion history. The mini-skirt was interpreted as a form of political activism, as a way of rebelling. The continuous disappointment of women for the patriarchal system, from voting to employment discrimination, led them to wear skirts with shorter hemlines as a sign of women’s liberation.

In the 1960s, women protested to de-stigmatize mini-skirts. Mary Quant was a revolutionary fashion designer that had a great impact on fashion history. She was credited with designing the first mini-skirt, reflecting the present desire for a change.

From the tight corset of the 1950s to the liberation of the ’60s, independence and sexual freedom were all expressed through the mini-skirt. Women began wearing miniskirts and dresses with lengths above the knee. By 1966, the mini-skirt was reached at mid-thigh, shaping the image of a powerful, modern, carefree woman.

From the mid-1960s to the 1970s, Black Americans were considered to be at the bottom of the social hierarchy, driving them to fight against injustices and discrimination. Around 1966, Bobby Seale and Huey P. Newton founded the Black Panthers Party to campaign against racial discrimination.

They tried to send a message about black pride and liberation through their fashion choices too. The total black look was the statement uniform of the Party. This was very subversive to traditional military attire. It consisted of a black leather jacket, black pants, dark sunglasses, and a black beret – which became the iconic symbol of Black Power. This uniform had meaning and helped manifest the ethos “Black is Beautiful.”

To regain control of their organizing armed patrols, Black Panthers dressed in their uniforms followed the police as they patrolled around black communities. By the 1970s, almost two-thirds of the party was made up of women. They promoted a way of redefining the beauty standards for African-American women, who had long conformed to white beauty standards. In that spirit, they were leaving their hair natural, in an Afro to express their solidarity. This fashion activism was a powerful way of implementing African elements into American society while making the movement accessible to all supporters.

Hippies and the Anti-Vietnam War Movement

The anti-Vietnam war social movement in the 1960s became famous as one of the most significant social movements in history. A phrase that concluded the philosophy of the hippie movement during that time was the ”Make love, not war” slogan. The young American generation of the time, called hippies, helped spread messages of the anti-war counterculture social movement. In a way, this war became the biggest target of the rebelling youth.  But the Hippies not only opposed the war but they also advocated communal living at a time when communism was the country’s ideological enemy.

Expressed through clothing, hippie culture and individuality secured itself an important place in fashion history. As a symbol of the non-violent ideology, hippies dressed in colorful clothes, bell-bottom pants, tie-dye patterns, paisley prints, and black armbands. Clothing and fashion were a big part of Hippie’s self-identification.

Those pieces of clothing and staples of appearance symbolize life, love, peace as well as their disapproval for the war and the draft. The wearing of black armbands represented mourning for the mourning of a family friend, comrade, or team member that died in the Vietnam War. Furthermore, bell-bottom pants represented defiance against society’s standards. Hippies promoted natural beauty standards, with long hair styled with flowers. Although the Vietnam War did not end until 1975, the anti-war movement made hundreds of young Americans participate in a non-violent social movement that promoted resistance to war.

The Protest Logo T-shirt in the Environmental Social Movement

Back in the 80s, fashion history and environmentalism responded to the politics of the day. It was 1984 when the British fashion designer Katharine Hamnett was invited to London fashion week with Prime Minister Margaret Thatcher. Although Hamnett didn’t plan to go as she despised spatter politics, she eventually showed up wearing a slogan t-shirt that she had made at the very last minute.

The logo on the t-shirt stated that “58% don’t want Pershing” as a protest to the installation of U.S nuclear missiles in the U.K. The idea of the protest t-shirt derived from Thatcher’s decision to allow US Pershing nuclear missiles to be stationed in Britain despite the majority of the public being opposed. Hamnett initially covered up her jacket and decided to open it up when she shook Thatcher’s hand. The goal behind this was to awaken the general public and even generate some action. The slogan itself has in most times a purpose to fulfill.

Activism, politics, and fashion history have all played a major role in the evolution of the world’s most significant social movements. Protesters of all kinds are often dressing themselves to match their political mindsets. Fashion continues to be a tool for marginalized communities. Protest and social movements used clothing in unique ways, including black armbands and bell-bottoms for the anti-Vietnam War movement, mini-skirts for the women’s liberation movement, berets, and uniforms for the Black Panthers movement. In each of those social movements, people expressed rebellion against the traditions, standards, and rules of society. Clothes are an important symbol of a collective identity, therefore fashion can foster feelings of pride and community, address racial inequality, question gender binaries, or simply set the new rules and show a new perspective.