HomePhilosophyThe Incredible Life of Machiavelli, Author of ‘The Prince’

Diplomat, thinker, historian, statesman. What does it mean when something is “Machiavellian”? Read on to learn more about the great Italian thinker. 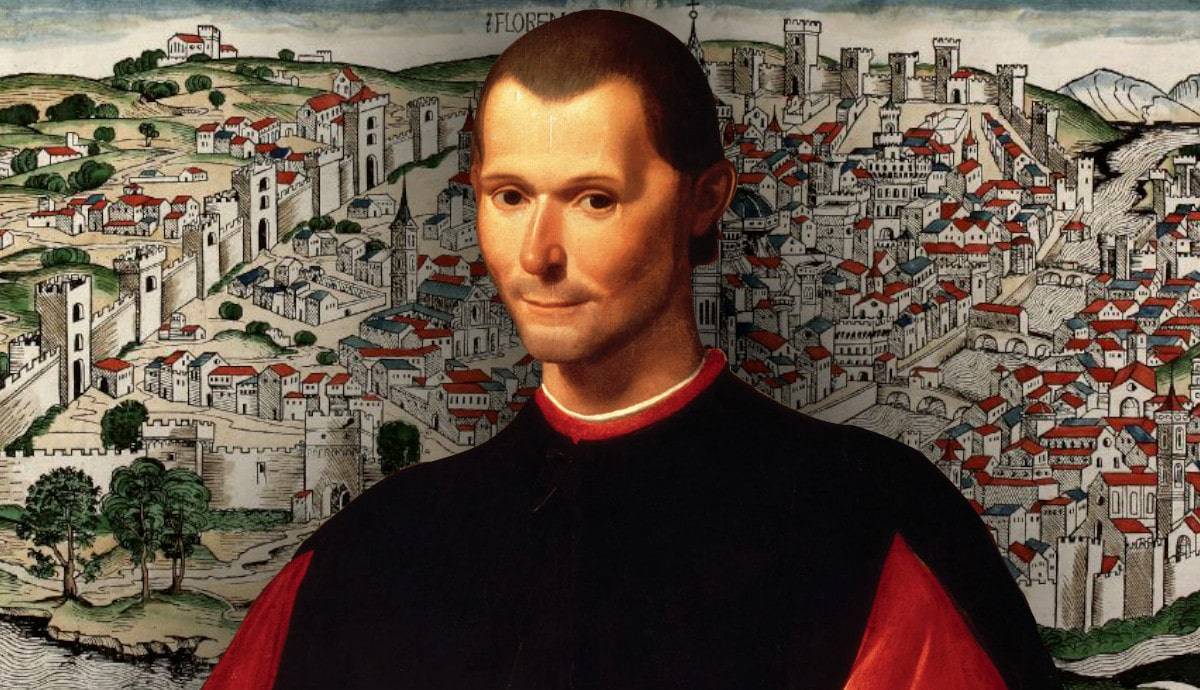 Niccolò Machiavelli is often credited as the father of political science. His brilliant work The Prince played a massive role in the political operation of the last five hundred years. Though it is unclear whether the treatise was written as a criticism of the vices of rulership, or as an advice column on successful statecraft, the Machiavellian mind propagates brutal and at times immoral political operation — the ends of which always justify the cutthroat means. Let’s learn more about the man who wrote a political manifest famously kept at the bedside of Adolf Hitler.

Niccolò Machiavelli was born in 1469 in the Republic of Florence. Machiavelli shares his birthplace with another famous political thinker — Dante Alighieri — but he was born some two hundred years after the legendary poet. In the wake of the era of the Black Death, Florence became central to the rise of modern banking, which emerged after the pandemic. The rebirth of the city of Florence eventually led to the rebirth of European society as a whole: the Renaissance.

Machiavelli was born in a shattered Italy. Several city-states peppered throughout the Italian peninsula operated as independent political entities: trading, warring, and clashing. The Vatican in Rome, headed by the Catholic Pope, was among these city-states and was no stranger to the inner-workings of politics and war throughout the continent.

To the north, France, Spain, and the Holy Roman Empire were all contending for supreme influence over Europe. The atmosphere of war and violence birthed a culture of cutthroat mercenaries; one of ever-shifting power dynamics and short-lived governmental regimes.

Machiavelli was fascinated by these shifting power dynamics and he pursued a career in politics. His first political role was in the employ of the Florentine Republic, which had newly exiled the Medici family. Starting as a low-level scribe for official government documentation, Machiavelli eventually worked himself up into the role within the foreign affairs of the city.

In diplomacy, one must possess a certain cunning, charismatic, and calculative nature. All would become Machiavellian virtues in his work of political philosophy The Prince. Machiavelli worked several diplomatic missions on behalf of the Florentine Republic; the most impressive being with the Vatican. While in the retinue of Pope Alexander VI — born Rodrigo Borgia to the powerful House of Borgia — Machiavelli encountered the Pope’s son Cesare. The Borgias were a noble Spanish family that produced two popes and were infamous for their reputation of corruption, treachery, bribery, murder, and incest (a fun bunch).

Niccolò Machiavelli bore first-hand witness to the scheming and brutal politicking of young Cesare Borgia and his father. At the time, the Vatican was violently working to obtain swaths of land in central Italy, forcing them to submit to the influence of Rome.

The entirety of The Prince outlines the brilliance of Cesare Borgia. Niccolò Machiavelli consistently upholds the son of the Pope as one of his ideal Princes — the exemplification of the ideal ruler. Cunning, ruthless, emotionless, calculating, and all under the guise of benevolence toward the people. The mystery, and beauty, of Niccolò Machiavelli’s work, is the ambiguity of whether his exemplification of Cesare Borgia (among others) is true admiration or satirical rhetorical criticism of the vices of politics.

Niccolò Machiavelli certainly practiced what he preached throughout his political career. A central virtue in Machiavellian thought is one’s duty and love of their homeland — or Patria in Machiavellian terms, which survives in the English patriot or patriotic. Emulating a certain Machiavellian romanticism for the homeland, Adolf Hitler stoked the flames of patriotism by employing the rhetorical “fatherland (vaderland)” when speaking of Germany.

For Machiavelli, one’s love for one’s Patria is central to their political persona. This tenet yielded a deep disdain for mercenary warfare, loyal to whoever paid the most. During his tenure in political office, Machiavelli successfully reduced Florence’s reliance on mercenary forces and established a standing militia. As far as his political theory goes, a standing fighting force composed of men who live within the Patria — and are therefore emotionally tied to the cause of war — could not be more Machiavellian.

In the formulation of his political opinion and subsequent theory, Niccolò Machiavelli looked to history. He romanticized the Romans and claimed any political blunder of his time could have been avoided by studying them.

In 1512 the Florentine Republic was overthrown. The Medici faction, a powerful Italian noble family, filled the political void. Machiavelli was stripped of his office, tortured, and exiled from his beloved Patria. It was in exile that Niccolò Machiavelli composed his works.

In exile, Niccolò Machiavelli wrote what would become one of the most important political writings in history — The Prince. The work is set as a letter to the Medici faction and reads as an advice column of sorts on ideal political conduct.

One of the greatest themes throughout the work is the political employment of rhetoric. Machiavelli argues that, in politics, people commit overt actions to fulfill covert results — the ends justify the means. The cold, calculative, brutal, subliminal nature of politics are conducted to achieve greater results. What could be more Machiavellian than reasoning with the very perpetrators of his exile to save his life and his career?

For Machiavelli, the ideal Prince portrays the role of the brutal tyrant that crushes all opposition. It is better to be feared than loved. The advisors to the Prince, meanwhile, act covertly to fulfill political affairs behind the scenes. This was the role Machiavelli was appealing to; the role he was offering to serve on behalf of the Medici faction in Florence.

The Legacy of Niccolò Machiavelli

Machiavellianism has become synonymous with the realist school of thought. Virtuous ends justify unvirtuous means, regardless of brutal or deceitful application. Niccolò Machiavelli was a pragmatic thinker housed in the empirical philosophical school of thought; he looked to the brutal truth of history to prove his fact and form his thought.

The realistic fashion in which Machiavelli talked of statecraft continues to be admired by many. Though the justification for the rulership of a Prince comes from the love and consent of his people, they must simultaneously fear him to achieve perfect political harmony. A Prince, or a political operative, reserves the right of political conduct by any means, seeing as it is always done for the betterment of the people. The Prince, then, is the most virtuous of the population.

Machiavelli would eventually re-enter the sphere of Florence albeit on an apolitical level. In the evenings, he would retire to his villa to read and write and engage in his one true passion. Niccolò Machiavelli died in 1527 at the age of 58.

Machiavellian thought had a massive impact on the formulation of the political ideology of liberalism in the late eighteenth century. The American Founding Fathers admired Machiavelli’s extremely realistic and historically thoughtful portrayal of politics. It is said that his influence, both directly and indirectly via the slew of other thinkers he inspired, played a large role in the ideology of republicanism.