HomePhilosophyWhat were Virtù and Fortuna According to Niccolò Machiavelli?

What were Virtù and Fortuna According to Niccolò Machiavelli?

Virtù and Fortuna are central to understanding Niccolò Machiavelli’s political philosophy. This article takes a closer look at the relationship between these two important Machiavellian concepts. 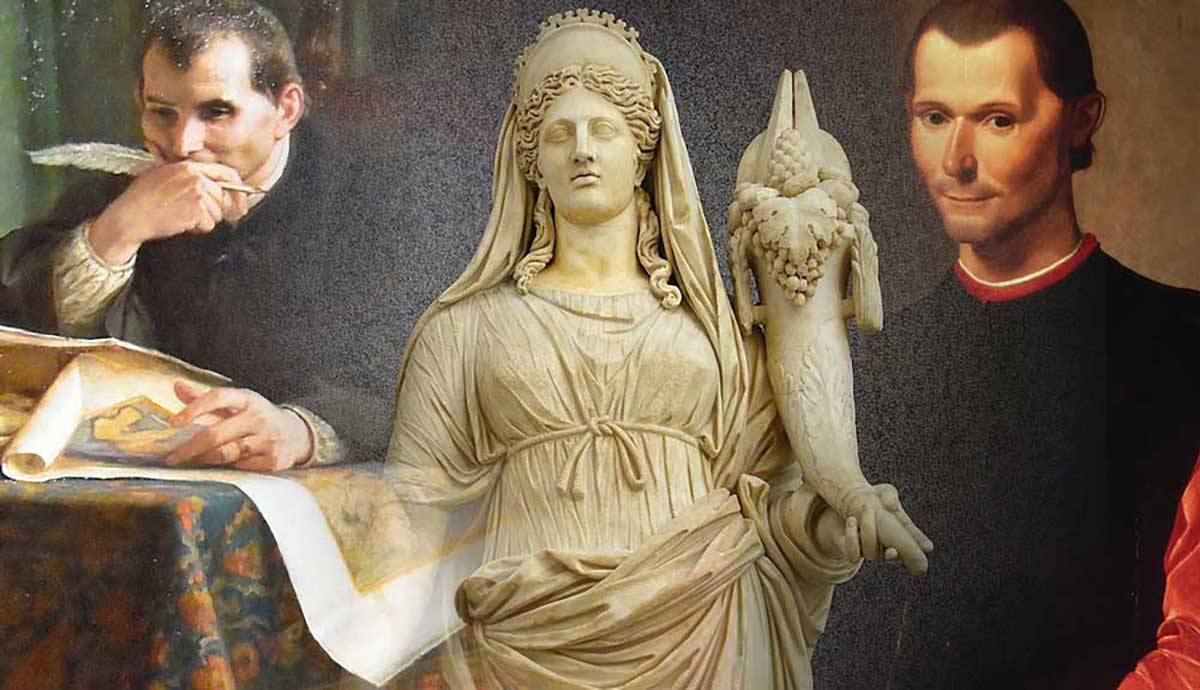 The concepts of virtù and Fortuna are arguably key to understanding Niccolò Machiavelli’s political philosophy. Although at first glance virtù seems like a direct translation of the English word “virtue”, Machiavelli defines it as a very distinct set of characteristics that all leaders must have in order to rule effectively.

Virtue is important because it can combat the threat of Fortuna. Again, Fortuna didn’t simply mean “fortune” in the Renaissance. Most of Machiavelli’s contemporaries defined Fortuna as a fickle but mostly benign goddess of fortune. However, Machiavelli breaks with tradition and describes Fortuna in deeply negative terms as a destructive river responsible for human misery. She causes natural disasters and wreaks havoc at random. Only leaders who practice Machiavellian virtue can have any hope of resisting her.

We don’t know too much about Machiavelli’s life before he entered public service. He was born on May 3rd, 1469 in Florence and likely attended the university there. He would have received a typical 15th century education in subjects such as Latin, Greek and philosophy.

In 1498, Machiavelli was appointed Second Chancellor of the Republic of Florence. This was a busy diplomatic role that involved plenty of traveling across Italy and into France. Many of Machiavelli’s letters and dispatches from this time have survived. They reveal a man with a keen understanding of political institutions and how to deal with people in power.

In 1512, the influential Medici family reclaimed power in Florence. Machiavelli was wrongly accused of conspiring against the Medici and in 1513 he was imprisoned and tortured for several weeks. After this ordeal, Machiavelli retired to his farm on the outskirts of Florence and devoted himself to literary pursuits.

The most famous of his works is The Prince. Machiavelli wrote it in 1513 but it was only published posthumously in 1532. It was designed as a handbook for rulers, and was written fairly quickly by Machiavelli in a bid to win favor with the Medici (it was originally dedicated to Giuliano de’ Medici). The Prince is best known for its view of morality, and Machiavelli’s belief that whoever possesses power has the right to command, whether or not they are considered morally good or not. As one source describes it, Machiavelli argues that “the only real concern of the political ruler is the acquisition and maintenance of power.”

As well as The Prince, Machiavelli wrote plays, sketches and poetry. He also produced a lengthy history entitled Discourses on the Ten Books of Titus Livy which he began writing around 1514 and likely completed four or five years later in 1518 or 1519. By 1520, Machiavelli had managed to gain favor with the Medici and received a commission from Cardinal Giulio de’ Medici to compose a history of Florence (which he completed in 1525). Two years later, on 21st June 1527, Machiavelli died at the age of 58. He is buried at the Church of Santa Croce in Florence.

Machiavelli, the Prince and “Machiavellian” Politics

Before looking in depth at virtue and Fortuna in Machiavelli’s works, it can be helpful to understand some key aspects of Machiavellian political philosophy. Ever since The Prince was first published, the word “Machiavellian” has become synonymous with cunning, duplicity and bad faith in politics.

Machiavelli wrote his book having gained direct experience of how power really worked in Florence. He came to understand that moral goodness alone wasn’t sufficient to win and maintain political office. Therefore The Prince offers realistic and practical advice on how to acquire and keep political power. Not all of this advice was strictly morally acceptable within Renaissance society.

The Prince offers up many ideas which are still influential in politics today. Machiavelli argues that for rulers, public and private morality are two different things. Reputation shouldn’t always be a priority if a ruler needs to act ruthlessly in order to maintain power. Machiavelli, a victim of state mandated torture himself, believes that it’s better for rulers to be feared than loved. He even suggests that certain acts of violence, e.g. killing off rival families, can be classified as legitimate means of maintaining authority.

The Significance of Machiavellian Virtù

So where does virtue come into play in this rather grim view of politics? Virtue normally refers to a sense of moral goodness. However, for Machiavelli, virtue means something very different to princes who want to access and maintain power.

Machiavellian virtue refers to a set of personal characteristics that princes must cultivate in order to rule effectively. In particular, a certain degree of “flexibility” is key. Rulers must be prepared to adapt their behavior accordingly during their rule, and be willing to engage in either ‘good’ or ‘bad’ behavior depending on the political circumstances at hand.

Rulers must be like chess players: they should have a good understanding of how to adapt to different political situations, ideally before they occur. For Machiavelli, knowing when and how to act is far more important than trying to be a morally pure and good leader in all circumstances. Instead, rulers should be chameleons.

The Relationship Between Virtù and Fortuna

While we can guess many of the ways in which our fellow humans might try to remove us from office, in the Renaissance Fortuna was another constant threat to power. For centuries, Fortuna referred to a fickle but largely benign goddess. She was often depicted symbolically as a blind woman i.e. someone whose actions affected all men and women, rich or poor.

Machiavelli painted a more dramatic picture of Fortuna. In The Prince Fortuna is a malign force. He compares her to a destructive river which, when provoked, is capable of flooding away trees, buildings and generally causing devastation. Fortuna is responsible for things like famine, disease and natural disasters that can provoke instability and threaten princely authority. Despite this foreboding image, Machiavelli argues that cultivating virtue gives rulers a head start on preparing for any havoc that Fortuna might decide to wreak.

He famously compares taming Fortuna to taming a woman: the best way to deal with Fortuna is to beat and maul her into submission. Obviously this is not an analogy that we would use today, but Machiavelli was writing for a 16th century (male) audience who would not have been shocked by this example. He argues that rulers who allow Fortuna to dominate them are effeminate and weak. Virtue is needed in order to respond ahead of time to her wild and unpredictable behavior.

Ever since The Prince first circulated around Europe, Machiavelli has been causing controversy. It’s fair to say that even today, academics still cannot agree 100% on his message, the meaning of his works and various definitions within his political philosophy. Even the concepts of virtue and Fortuna described above would likely meet with disagreement by someone, somewhere.

However, what we can say with certainty is that Machiavelli permanently changed the way in which people view politics and power. He arguably created the entire study of political philosophy and his views on morality among leaders are still studied today. Phrases like “the ends justify the means” are attributed to Machiavellian philosophy and his realistic depiction of what it takes to maintain power have filtered into some of the world’s most famous novels, plays and poetry, as well as the libraries of history’s best-known rulers.