HomePhilosophyNick Bostrom’s Simulation Theory: We Could Be Living Inside the Matrix

Nick Bostrom’s Simulation Theory: We Could Be Living Inside the Matrix

What if we’re all living inside an artificial computer-generated simulation? Philosopher Nick Bostrom explains why this isn’t as far-fetched as it sounds. 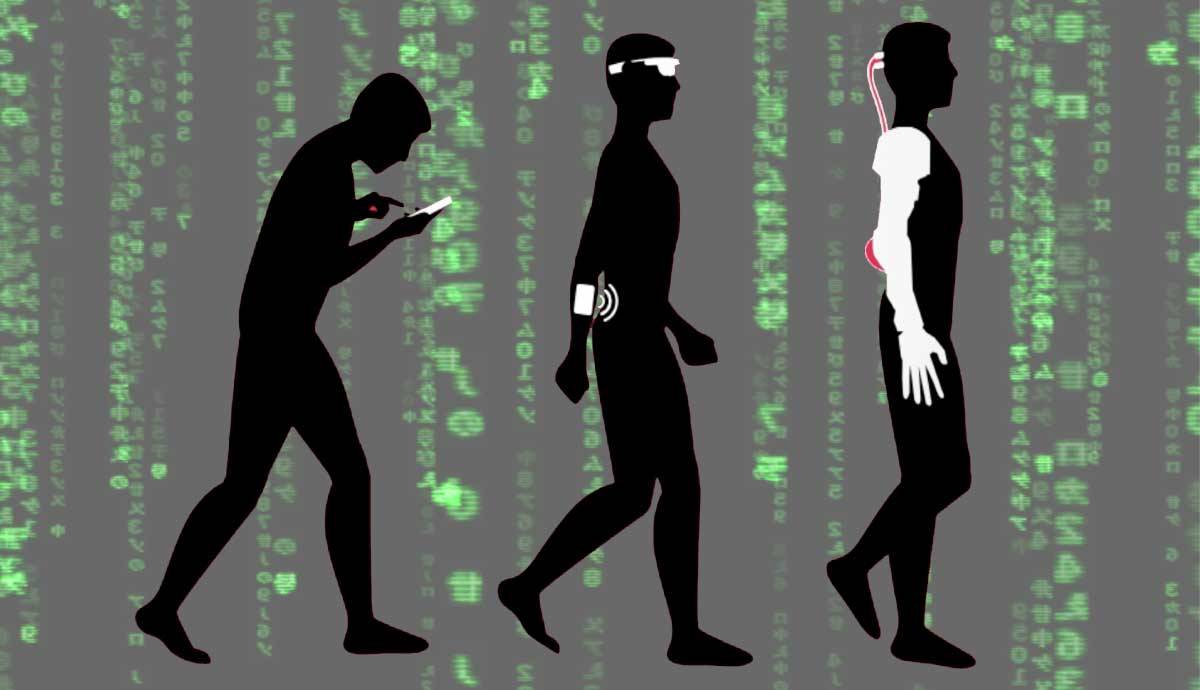 Most of us assume that the world around us is real. We take it for granted that everything we interact with is the true essence of reality, and not an illusion created by someone else. After all, this world is all we’ve ever known. We can explain how it works using science and philosophy and other fields of knowledge… can’t we? In 2003, philosopher Nick Bostrom introduced his famous “simulation theory” in which he explores the probability that we are all living inside an artificial simulation. Bostrom discusses how a future society could become so technologically advanced that its inhabitants learn how to generate complex artificial worlds using powerful computers. If this is possible, then the probability that we are living inside a computer simulation, Matrix-style, is extremely high.

The repercussions of this idea are unsettling. What if nothing we’ve been taught about ourselves and the world is true? What if somebody decides to switch off the simulation? Does this mean that there is a God (in the form of our creators)? This article explores Nick Bostrom’s theory in more detail, as well as some of the philosophical questions it raises.

In order to understand the simulation argument, Bostrom presents us with a few premises to work with. He begins his theory by discussing how an advanced “posthuman” society might go about developing an artificial human mind. In this scenario, posthumans are types of super beings who have managed to extend their cognitive and physical capabilities beyond limits that we would consider normal. Posthumans might be able to live longer than us, or have better control over their emotions (i.e. they might possess immunity to irrational phobias).

It’s not unreasonable to believe that such an advanced society would be capable of developing enormous computing power. Bostrom discusses how much of this computing power could be used to replicate conscious human minds. He also reflects on how posthumans might decide to insert these artificial minds into a detailed and realistic artificial environment. The only thing to remember here is that these replicated minds must not be given any knowledge of the fact that they exist inside a simulation.

When we think about the progress humans have already made in the realm of video games, it’s easy to see how giant, Earth-size computer simulations could one day exist. When Pong first appeared in the 1970s, the game consisted of a few pixels on a screen that simulated a 2D game of table tennis. Fifty years later, we can use virtual reality headsets to enter 3D worlds and interact with life-like simulated characters.

A future posthuman civilization could one day create a detailed world on a much grander scale. A world where the characters believe they are conscious, independent beings. A world where the environment is so crisp and clear it is indistinguishable from reality. In other words, a world like ours.

The Argument at the Heart of Simulation Theory

After working through a few calculations, Bostrom concludes the first part of his paper by stating that posthuman civilizations would indeed be able to generate enough computer power to run highly complex simulations.

Bostrom believes that ‘ancestor simulations’ would be of particular interest to posthumans. This is like us using computer power to generate an accurate simulation of Ancient Rome or the Mongolian Empire.  But in this situation, we are the ancestors being simulated. And somewhere out there, our technologically advanced descendants are watching how we go about everyday life.

“We can conclude that the computing power available to a posthuman civilization is sufficient to run a huge number of ancestor simulations even if it allocates only a minute fraction of its resources to that purpose” (Bostrom, 2003). So, what next? Well, if we accept that one day humans will reach a posthuman stage capable of running ancestor simulations, how do you know you aren’t living in such a simulation yourself?

Bostrom presents us with three possible answers. The first proposition states that humankind will fail to reach a posthuman stage to begin with. Humanity might go completely extinct, or a disaster could occur on a massive scale which prevents further technological advancement (i.e. worldwide nuclear war). In both these scenarios, a posthuman civilization could never develop in the first place. Therefore, ancestor simulations would never come into being.

Another option is that humans do reach a posthuman stage, but nobody within this advanced society has any interest in running an ancestor simulation. Perhaps they don’t wish to use up their resources on such an activity, or their society has instigated laws which ban this kind of activity.

At first this second proposition seems highly improbable. After all, many of us would love to be able to create a highly-detailed artificial simulation of our favorite time in history, whether for academic purposes or simply as pure entertainment. But we have no idea what a posthuman society would look like. Although it seems improbable now, human interests could well change radically in the future. As Bostrom states: “Perhaps many of our human desires will be regarded as silly by anyone who becomes a posthuman” (Bostrom, 2003). In this case, ancestor simulations would once again fail to come into being.

In the third scenario, humans reach a posthuman stage and also choose to run powerful ancestor simulations. Bostrom argues that if this third proposition is correct, “then we almost certainly live in a simulation.”

The real world inhabited by this advanced society is often referred to as the ‘base reality’. If a base reality world is powerful enough to create a thousand simulated ones, then what are the odds we are living in the one ‘true’ reality? It’s far more likely that we are living inside one of the thousands of simulated worlds, rather than the original real world. This is a deeply unsettling thought. It means that everything we know about the universe is nothing but a speck within a much larger reality that is completely hidden from us.

Why Would Anyone Bother Running a Simulation?

Why would people bother running a simulation? Even in an advanced society, creating a series of highly complex artificial worlds would require a lot of resources and computer power. Depending on how the simulation works, its creator might need to spend a fair amount of time overseeing its operation too. So why would someone want to do this in the first place?

In some ways, the first response to this question is: why not? Humans already entertain themselves with games like The Sims. ‘Playing God’ with a group of simulated humans is an acceptable and fun way to pass the time. There is no reason to think this will somehow change in future. This argument harks back to Bostrom’s second proposition and how unlikely it feels that posthumans would have zero interest in running a simulation.

Some philosophers believe that an advanced civilization could also use simulations to play out various disaster scenarios. For example, you might run a sim in order to analyze which conditions are most likely to cause permanent climate change. Or how a potential World War III might play out. In this scenario, our simulation might run right up until the disaster in question is about to occur. Or our overlords might decide to keep running it and learn how humans would survive such a catastrophic event too.

Bostrom does speculate that posthumans might be banned from running simulations due to ethical reasons. Similar to arguments surrounding advanced robotics, posthumans may decide that it’s immoral to run an entire universe in which human-like creatures believe they are real and can feel pain, suffer and inflict violence on other conscious beings.

The implications of simulation theory are fascinating and occasionally terrifying. Bostrom discusses the main consequences of the third proposition in his paper. For example, he speculates on the religious implications. Posthumans would become god-like creators overseeing their creation.

Eventually, their created simulations could become so advanced that the simulated humans reach a (simulated) posthuman stage too, and run their own simulations. And so on, forever! Bostrom reflects on the possibility of a hierarchical religion emerging from this set-up, in which the creators are the Gods and the simulations-within-simulations are lower down the spiritual chain of being.

Many people also react with instinctive fear at the idea that we are ‘unreal’ in some way. Simulation theory increases the probability that everything we think we know about the world is a lie. However, Bostrom doesn’t believe that proposition three should send people into a frenzied panic.

“The chief empirical importance of (3) at the current time seems to lie in its role in the tripartite conclusion established above. We may hope that (3) is true since that would decrease the probability of (1), although if computational constraints make it likely that simulators would terminate a simulation before it reaches a posthuman level, then our best hope would be that (2) is true” (Bostrom, 2003).

Nick Bostrom wrote this paper in 2003. Technology has already developed rapidly in the last couple of decades. Yet nuclear war, climate change and even advances in AI threaten humanity’s future survival. It’s still hard to say whether or not our human descendants will reach a posthuman stage, and if they do – will they want to run ancestor simulations?

Bostrom believes that we should place the same amount of belief in all three propositions. He finishes by stating: “Unless we are now living in a simulation, our descendants will almost certainly never run an ancestor simulation” (Bostrom, 2003). By his reckoning, if we aren’t already unwitting participants in a giant version of The Sims, then it’s highly unlikely we ever will be…

Posthumanism: A Philosophy for the 21st Century?