Paul Cézanne was perhaps the most influential of all 19th-century French artists. His many still-life paintings demonstrate why he is considered the Father of Modern Art. 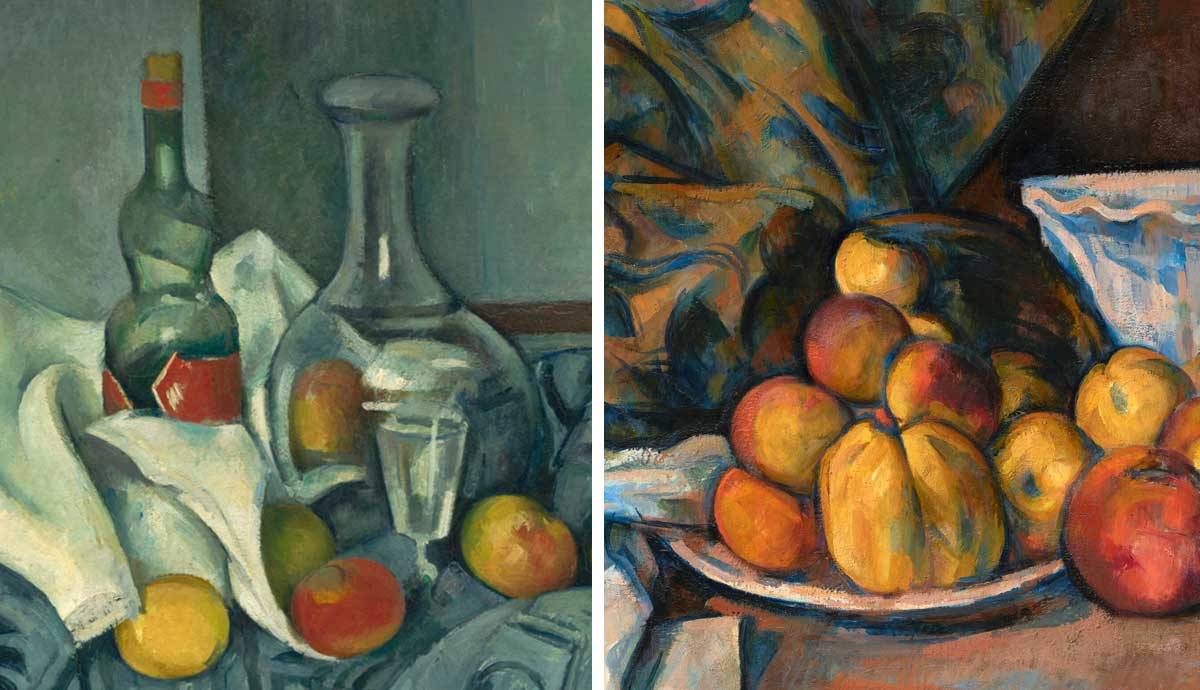 The visionary French painter Paul Cézanne (1839-1906) was probably the most influential artist of his era. He is widely considered to be the Father of Modern Art, the first Post-Impressionist, and a key forerunner of Cubism. Within Cézanne’s varied artistic production, the landscapes of his native Provence are most abundant, but his numerous still-life paintings are perhaps even more interesting. These intentionally unfinished-looking arrangements of fruit and tableware demonstrate the artist’s unique approach to portraying form.

Who Was Paul Cézanne

Paul Cézanne was born in Aix-en-Provence in the south of France. Despite his early interest in art, he entered law school at his father’s urging but quickly abandoned those studies. After training at a local Aix art school, Cézanne moved to Paris in 1861 but did not find much joy or success there. His early style was somewhat reminiscent of Impressionism, and he befriended several Impressionists, particularly Camille Pissarro. He exhibited at two of the Impressionist exhibitions in the 1870s but received poor reviews.

Unsurprisingly, he was unable to find acceptance in the mainstream academic art scene, either. He eventually moved back to Provence, where he resided for the rest of his life, aside from short-term return visits to Paris. His landscape paintings of Provencal settings, like Mont Sainte Victoire, the Bay of l’Estaque, and the Bibemus Quarry, have become some of his most famous works. Soon, he abandoned the Impressionist aesthetic and embarked on his own aesthetic experiments, which proved deeply influential. Cézanne was a knowledgeable artist who was very familiar with the Old Masters. When he deviated from established modes of representation, as was frequently the case, he did so quite deliberately. Although his paintings may seem unfinished or even naïve, Cézanne was anything but unsophisticated.

Although several of his Impressionist contemporaries, particularly Auguste Renoir, worked extensively in still-life painting, Cézanne did not turn seriously to that genre until he had moved away from his Impressionist phase. With some exceptions, his still-life paintings all depict similar subjects. Fruits tend to be the main features; apples and pears predominate, though it is sometimes difficult to identify exactly what fruit, vegetable, or food item is being depicted. He also sometimes painted flower arrangements in vases. All of these objects appear on tabletop settings alongside table wares like bowls, plates, baskets, and water or wine vessels.

Tablecloths feature heavily as well, artfully arranged to display Cézanne’s sculptural approach to drapery. Generally, these still-life arrangements exist in very shallow spaces that are sometimes enlivened by decorative patterning on the wallpaper, textiles, or table wares. Although not as famous as his paintings of bathers and card players, and not as numerous as his landscape paintings, Cézanne’s still-life paintings perfectly demonstrate the qualities that would be so significant to subsequent modernists.

It has been argued that Cézanne’s interest in still life painting may have stemmed partly from its low status in the academic hierarchy of genres. According to long-standing academic tradition, which remained current in Cézanne’s time, still-life was the least prestigious of all painting genres and was therefore not generally practiced by influential artists. For Cézanne, who valued subject matter for its visual and formal qualities rather than for its associations, still-life painting would have been more readily separated from narrative or symbolism than any other genre. In other words, it was relatively easy to see fruit and flowers for their aesthetic qualities alone. Traditional still-life paintings often included vanitas elements, objects like overripe fruit or wilting flowers meant to reference the transience of life.

By contrast, Cézanne did not include overt vanitas elements in his works. Therefore, don’t look for hidden meanings or symbolism in Cézanne’s still-life arrangements, though it’s difficult not to ponder the significance of occasional, unexpected inclusions like a plaster Cupid statuette or trio of skulls. Many other Modernists also favored still life painting, probably for similar reasons. Perhaps thanks to Cézanne, the genre became a favorite for modern artists of all stripes and is still much used today.

Modernism is all about the subjective experience, suggesting that the absolute, objective naturalism once taught by the academies is actually an artificial construct. Cézanne’s Impressionist contemporaries were some of the first to challenge traditional naturalism by attempting to record their subjects the way people really see them, even when that went against naturalistic conventions.

The Impressionists were particularly interested in how the ever-changing qualities of light impact the viewing experience, leading Claude Monet to paint the same subject repeatedly in different lighting situations. Cézanne did something similar, but with a different focus. He was hardly interested in light at all and tended to severely downplay it in his paintings. Instead, what Cézanne valued was form, a substantial and enduring quality as opposed to the ephemeral nature of visual effects. He once said, “What I wanted was to make of Impressionism something solid and durable, like the art of the museum.”

Cézanne may have been attracted to the form’s substance and permanence, but he liked to focus on its variability. Forms like the fruits and tableware shown in his still life paintings may remain constant, but the viewer’s experience changes easily by moving just a few inches to the side. Cézanne acknowledged this by painting such objects from multiple viewing angles at the same time.

In doing this, Cézanne abandoned the system of one-point perspective that had been in use since the Renaissance. As the name implies, a one-point perspective requires viewing an entire composition from a single, fixed point and depicting each element based on how it looks from that one position. By contrast, Cézanne depicted different aspects of his compositions – whether a portrait, landscape, genre scene, or still life – from different viewing angles. It’s not always obvious at first glance, but the overall experience of space inside a Cézanne painting does not match what we expect. It’s more like looking in a funhouse mirror. We try to imagine ourselves viewing the arrangement from a single position, but we can’t figure out exactly where that position is.

We might find ourselves looking at one dish of fruit from the side but another from above, even though the two seem to sit right next to each other on the same flat surface. The tables containing these still-life arrangements often seem to tip towards the foreground so dramatically that we might expect the entire set-up to slide forward onto our laps. This is because we see the tables from different angles than we do their contents. In fact, we may not even view an entire form from a consistent point of view. Compare opposite sides of Cézanne’s tables, for example, and you’ll often realize that they don’t line up. In such cases, strategically-placed tablecloths or other objects hide the transition points, the seams between one viewing angle and another, and make the distortions less readily apparent.

Cézanne was focused on form, but he didn’t create it via the traditional method of using light and shade to imply volume through modeling. In fact, highlights and shadows are largely absent from his forms altogether. Instead, he used variations of color and directional brushwork to imply three-dimensionality without creating a naturalistic illusion. Strangely, his forms appear both flat and volumetric at the same time. The artist termed his technique of using brush strokes to build up forms of a constructive stroke which is thick and obvious, providing an intentionally unfinished feeling and disinviting detail. Additionally, Cézanne frequently employed thick outlines to create his shapes, a technique we also see in the work of other Post-Impressionists. This is particularly apparent in his deeply-folded table linens, where bold, dark strokes of paint create an almost chiseled effect.

Like many visionaries who were slightly ahead of their time, Cézanne did not experience a lot of acclaim during his life. He was sometimes frustrated by the audience’s inability to appreciate what he was trying to do. Towards the end of his life, however, artists, critics, collectors, and dealers started to appreciate Cézanne’s art following his 1895 one-man show at Ambroise Vollard’s Paris gallery. His popularity skyrocketed posthumously as Modernism caught up with his ideas, and Paul Cézanne is still one of the best-known artists ever. He was a prolific painter, making a huge number of landscapes, in particular. Examples of his paintings, drawings, and watercolors can be found at most of the larger museums throughout the world.

Cézanne’s significance is even greater when one considers his impact on subsequent generations of Modernists, like the Cubists and Fauves. Cubism’s characteristic fractured look directly relates to Cézanne’s idea of portraying multiple views of the same object on the same canvas. Meanwhile, the Fauves took inspiration from Cézanne’s use of color as a feature rather than simply a means to an end. In fact, Pablo Picasso and Henri Matisse, the most significant artists in those two styles and in all of Modern art, both openly considered Cézanne their artistic forefather.